A Definitive Ranking of Disney Princes, Based on Just How Shallow They Really Are

Disney princes were basically my ultimate S.O. goals growing up.

They were charming, sweet, complimentary and always so handsome—what more could a girl want? 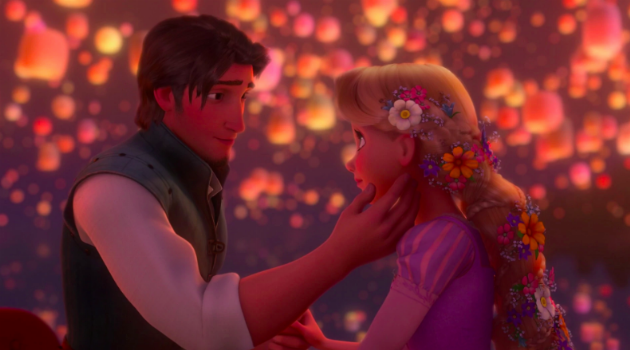 But as I grew older I realized an unfortunate truth about the majority of my dream men—they are shallow with a capital "S." Most of them know absolutely nothing about the women they're "in love" with, besides the fact that they're beautiful. It doesn't take a lot of depth to fall in love with a pretty face, which really put a damper on my devotion to these (admittedly still handsome) men.

However, there are still a few diamonds in the rough. Keep scrolling for a definitive ranking of Disney princes, from most to least shallow.

10. The Prince (Snow White and the Seven Dwarfs)

Snow White's Prince is without a doubt the most shallow man in all the land. First of all, he never even tells us his name—he just sees Snow White singing and he's like "yup, I want that one." Next, he proceeds to tell her how much he loves her and wants to be with her. Then, he doesn't even do anything to accomplish that. Poor Snow is put through the ringer—dodging huntsmen trying to kill her and eating poisonous apples—and this guy just shows up at the end and kisses her and then they live happily ever after. The effort ratio in this romance is 99:1—it's a poor choice on Snow's part and it's a definite reminder that this Prince tops the scale in terms of shallowness. 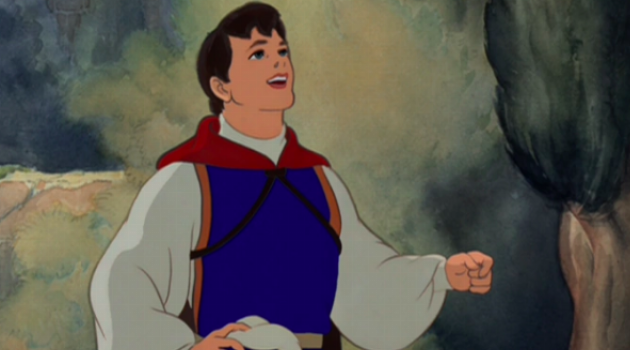 I'm sorry to break the news to you all, but Prince Charming is highly shallow. His dad arranges a whole ball on his behalf and he spends the whole thing being a little sass-master and yawning at all the perfectly pretty and kind girls parading themselves in front of him. Then, Cinderella walks in and she's obviously the most beautiful woman he's ever seen and suddenly he's like "oh yeah, I guess I do want a wife." He was only drawn to her because of her looks, and he didn't even like her enough to go searching for her himself. Doesn't seem very charming to me. 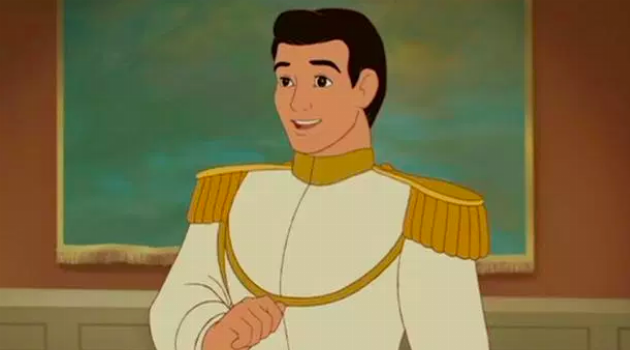 I'm so sorry to do this because I love Prince Eric deeply, but we have to face the facts—the boy's shallow. He literally doesn't know anything about Ariel, he just finds her on the beach and brings her home. I can guarantee that wouldn't have happened if she wasn't unbelievably gorgeous. Then, he "falls in love" with her without ever having a real conversation or learning anything about her. Um, have you ever heard of a notepad? He easily could have popped out a pen and paper and learned if they were actually compatible, but he was content with just a pretty face. Disappointed in you, Eric. 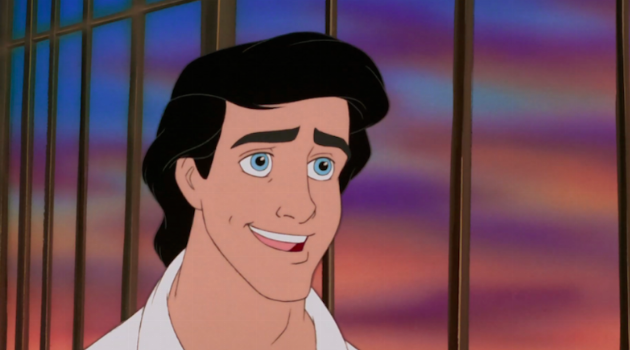 And here we have yet another Prince who knows nothing about the girl he's in love with. He literally meets Aurora in a forest and he goes home and decides she's all he ever needs. The only thing he knows about her is that she's pretty, she can sing and she can dance, but I guess that's all a shallow prince needs, right? Phillip's saving grace is that he doesn't seem to care about titles, since he does choose Aurora over his pledged princess (who is also Aurora…), and he does show some thrilling heroism when he fights off the dragon in her honor. I can see that he cares, but the core of his feelings are still based in her beauty, so No. 7 is all he gets. 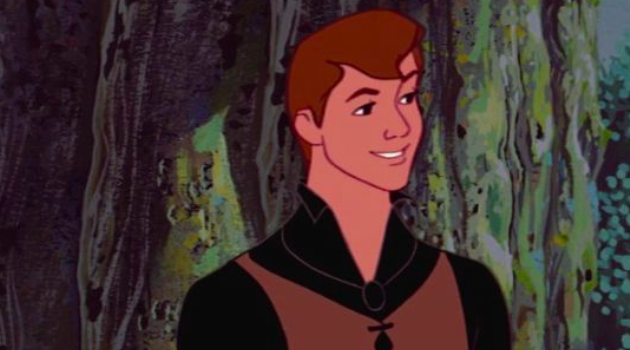 I know that John Smith isn't technically Prince, but I'm still putting him on this list because his shallowness needs to addressed. He brags all across the Atlantic Ocean about how many "savages" he's killed, and the only reason he doesn't shoot Pocahontas is due to the fact that she's a beautiful woman. Then, he still tries to tell her that her way of life is no good and she should change. His saving grace is that he finally sees the light, but he wouldn't have even had a chance to learn about a new culture if a beautiful woman hadn't been teaching him. If that's not shallow, I don't know what is. 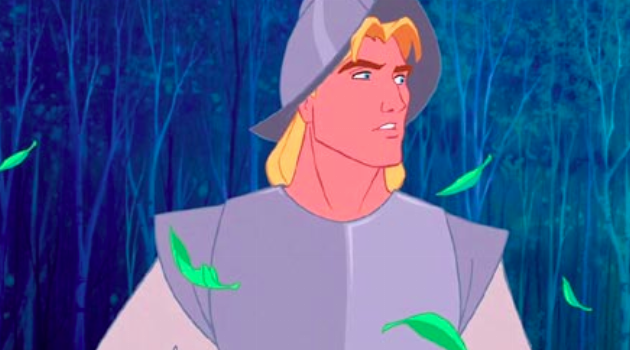 5. Prince Naveen (The Princess and the Frog)

I really like Prince Naveen, but in comparison to some of our other, less superficial princes, he still ranks pretty high on the shallow list. Prince Naveen is shallow in a different way than the above failures who were obsessed with beauty—Prince Naveen is all about the money. He's pretty rude to Tiana when he finds out she isn't a princess and then still turns away from proposing to her when he finds out she doesn't have money to support him, even though he's in love with her. He turns it around at the end, but man, the boy took quite the path to redemption. Still like him, still think they're good together, still think he's shallow at his core. 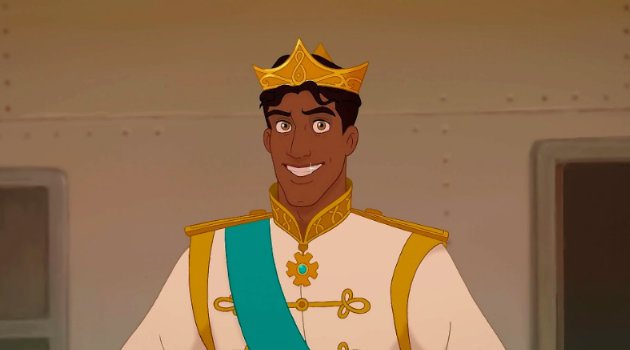 Aladdin has some undeniable issues. I'm not going to deny the fact that he and Jasmine have a connection and truly care for one another, but let's call a spade a spade—Aladdin's a bit of a gold digger. He finds out pretty early in the movie that Jasmine's a princess, which is a pretty nice upgrade from life as a street rat. Do I think he would have fabricated a whole fake life if he didn't care for Jasmine? No. Do I think he tried extra hard because his entire well-being and livelihood were at stake? Absolutely. 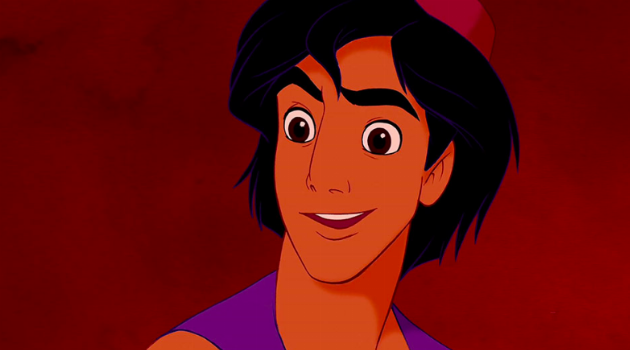 To be fair, Prince Adam can't really be shallow, considering he spends most of his time with Belle as a horrifically ugly Beast. Everyone is obviously drawn to Belle's beauty, but the simple fact that she's pretty doesn't seem to make The Beast treat her any more kindly. It's not until he gets to know her that he sees the value in her underneath her pretty face. Personally, I would prefer that someone didn't torment me before they found out I was fun to hang out with, but I will concede that it's a pretty clear indication he's not shallow. 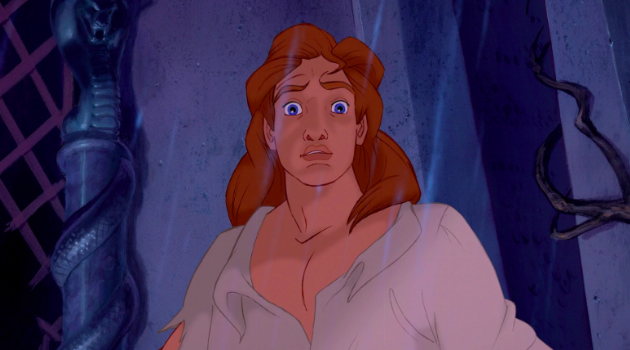 Kristoff is easily one of the least shallow Disney love interests. He's not at all swayed by Anna's beauty, power or money. In fact, he seems pretty annoyed with her the whole time. He's civil and respectful of the fact that she's engaged to someone else, and he even tries to let her go when he realizes his feelings have extended beyond friendship. He gets to know her before he decides he's in love with her, and in Disney movies, that's about the most you can ask for. 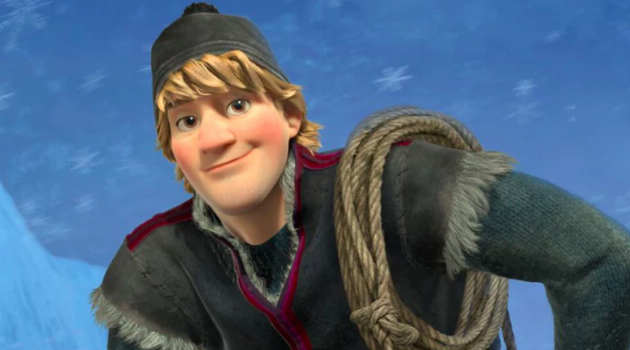 Not only is Flynn Rider my favorite Disney prince, he's also the least shallow of the bunch. He literally could not care less that Rapunzel is this beautiful damsel in distress. He has his own plans to worry about and his own things to accomplish, and he even thinks he can sway her opinion with his pretty face. Flynn and Rapunzel have the best Disney relationship hands down, and you'll never hear me calling Flynn shallow. 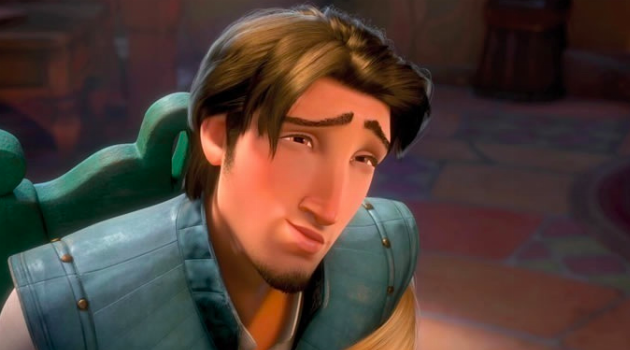 If you enjoy ruining your childhood like I do, click HERE for expectations vs. reality: Disney edition.