Eggo waffles are the most iconic of breakfast foods.

Why waste your morning creating an elaborate meal when you can just pop one of these babies into the toaster, douse it in maple syrup and dig in within minutes? Plus, you can use all that extra time to snag a few more precious moments of sleep.

Even though their classic Homestyle Waffles are iconic, Eggo wasn't content with just one morning meal option. They have a whole range of delicious flavors, some of which are better than others, and we're here to tell you exactly which ones should be regulars in your freezer.

Keep scrolling for a definitive ranking of the 10 most well-known flavors of Eggo waffles.

Sadly, we're not big fans of the Oats and Berries Blueberry Waffles. These frozen treats set themselves apart from other Eggo flavors by including steel-cut oats in their waffle dough along with blueberries. We think the oats give the entire waffle a more bland taste, detracting from the normally sweet flavor that we love so much. These waffles are supposed to be healthier, but if we're already eating Eggos for breakfast, healthy obviously isn't our top priority, placing these waffles firmly at the bottom of our list. 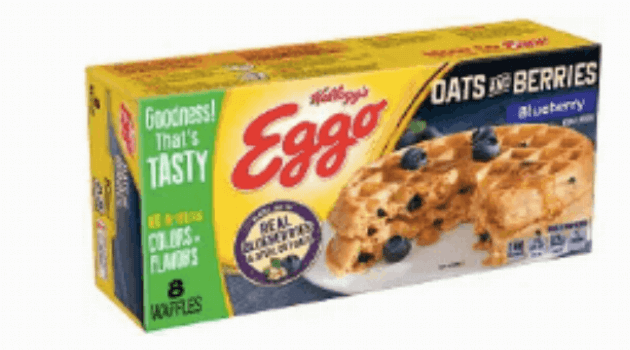 Unlike their blueberry counterparts, the Eggo Strawberry Waffles miss the mark a bit when it comes to flavor for us. Heating the blueberries makes them gooey and delicious, but warm strawberries just don't have the same effect. This flavor tastes a little artificial to us, and the small chunks of fruit in the dough don't mesh quite as nicely as some other flavors, creating a taste experience that can be a little off-putting rather than delicious. We'll still eat these, but they're definitely not our first choice. 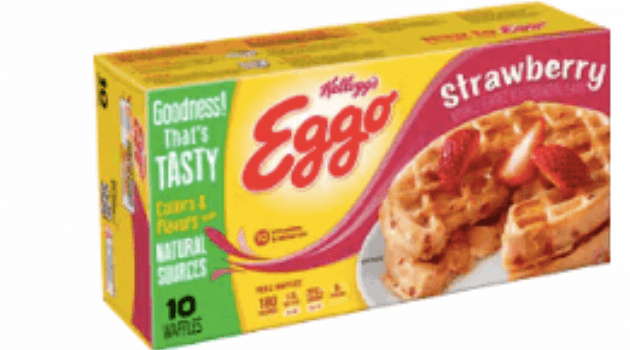 The Thick and Fluffy Original Waffles definitely aren't our favorite flavor for one major reason—they're just too big. We love the idea of a Belgium-style toaster waffle, but in such a plain flavor it's a little hard to pull off. Getting these thick frozen treats to the right degree of crispiness takes a lot of time, not to mention some trial and error. If you don't leave them in long enough you just might end up with a soggy piece of dough, and the lack of any other flavor makes it tough to eat these waffles on their own. If we have time to create a whole breakfast with toppings, these are a great choice. Otherwise, we'll just stick to the original thinner Eggos if we want a plain morning waffle. 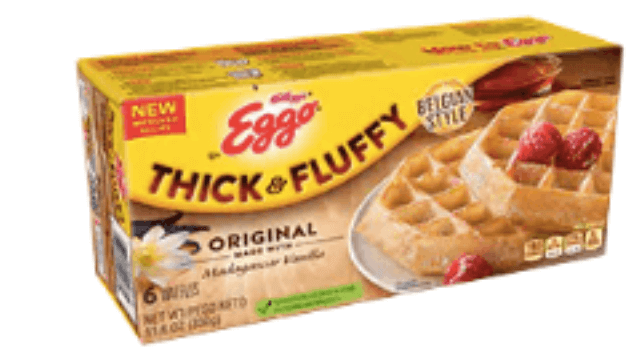 The Thick and Fluffy Cinnamon Brown Sugar Waffles are definitely a win in the flavor department. They sound like they would be overly sugary, but the sweet flavor of this waffle is actually very subtle. Although the extra-thick status makes it a bit tough to eat more than one at a time, these waffles are yummy enough to stand on their own—no extra toppings required. 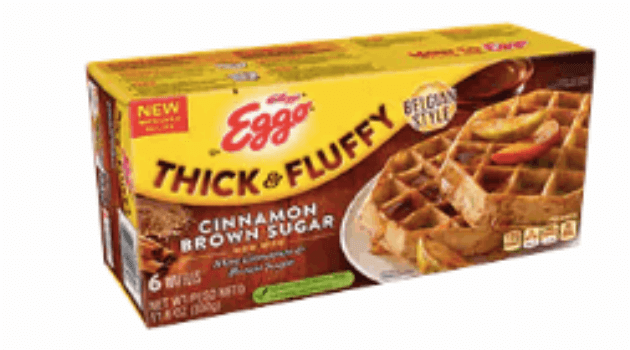 You just can't escape the light and fluffy goodness of the classic Homestyle Waffles. Although these treats are perfectly acceptable on their own, we mainly love this flavor because you can top these basic waffles with anything, leaving endless possibilities for a delicious breakfast. Peanut butter, fresh fruit, jelly, whipped cream—nothing's off the table when you have a base as versatile as Homestyle, giving you the opportunity for multiple unique morning meals with just one box of waffles. 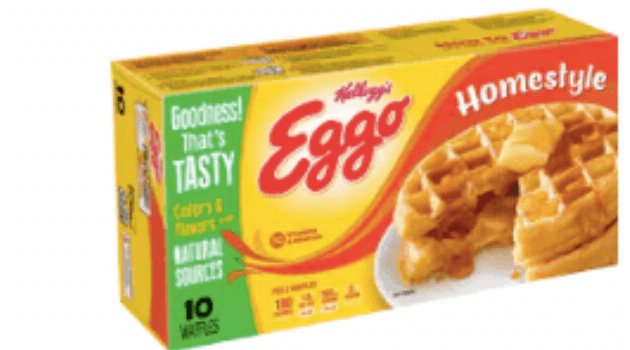 We have to be totally honest—there really isn't much of a difference between the Buttermilk Waffles and the classic Homestyle Waffles. We will say that they're just a bit tangier, boasting vaguely sour notes that live up to their promise of a Buttermilk flavor. But we love the Homestyle flavor, so we appreciate the Buttermilk flavor just as much. It adds a little more interest to your meal, but it's still simple enough to be topped with lots of yummy ingredients, meaning we have no complaints. 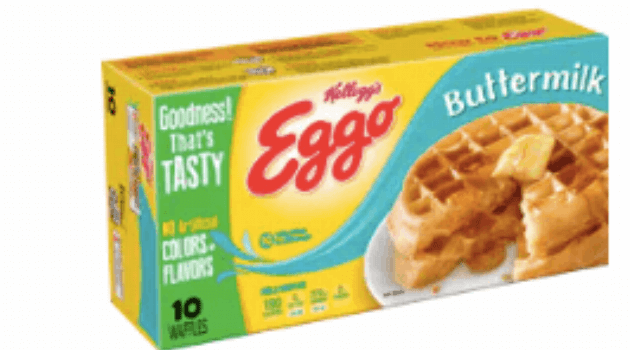 Blueberries and waffles are a match made in heaven, and Kellogg's pulls off this combination flawlessly. The blueberries add delicious notes of sweet and sour to your morning meal and they always taste fresh, despite their frozen status. We love these waffles so much because the added flavor of the fruit means you don't really need anything else to accompany your waffle. You can pop them in the toaster and eat them on the way out the door or you can douse them in syrup and have a sit-down meal—they're delicious either way. 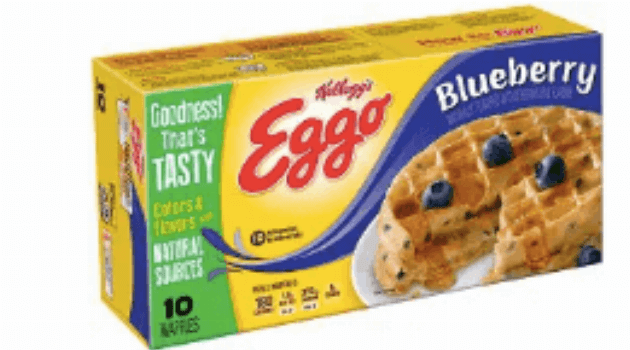 We're mildly obsessed with the shareable Cinnamon Toast Waffles. A unique form of toaster waffle, these little guys come connected, but easily separate into four mini waffles, making them the perfect on-the-go breakfast. They smell delicious cooking in the toaster and they taste even better, so there's honestly nothing to complain about with this yummy breakfast option. 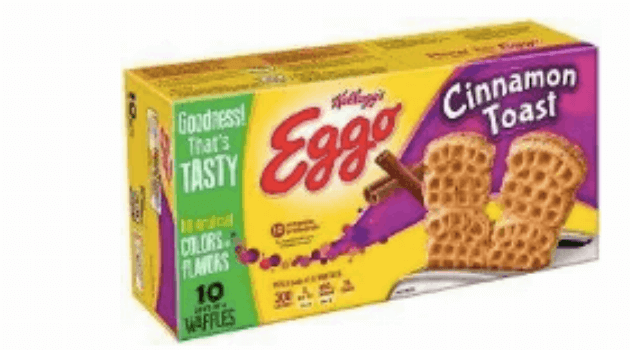 Taking the classic Homestyle Waffles one step further are the delicious Eggo Chocolatey Chip Waffles. Instead of a plain base, this flavor takes a slightly sweeter approach by infusing the waffles with—you guessed it—chocolate chips. Once you pop these waffles into the toaster, the chocolate chips come out a little melted, creating a delicious morning meal that tastes closer to dessert than breakfast. Given that we have a massive sweet tooth, these delicious waffles obviously rank pretty high for us. 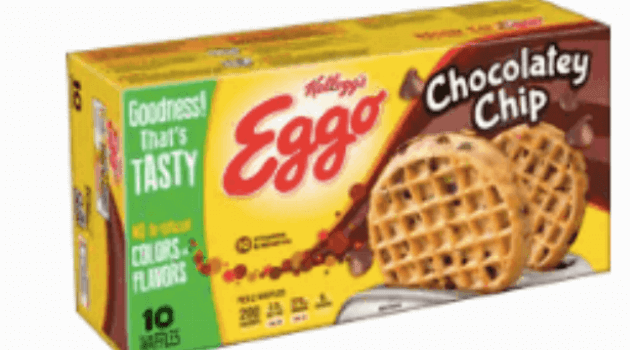 If we're talking about dessert for breakfast, you can't forget about the Thick and Fluffy Double Chocolatey Chip Waffles. They're chocolate waffles stuffed with chocolate chips, all in an extra-fluffy package that looks as good as any restaurant meal. It's almost overwhelmingly sweet, but Kellogg's has somehow balanced their flavors at the point that we can enjoy these treats for breakfast without feeling like our teeth are rotting out. They're absolutely delicious, definitely earning them the spot of our favorite Eggo waffle flavor. 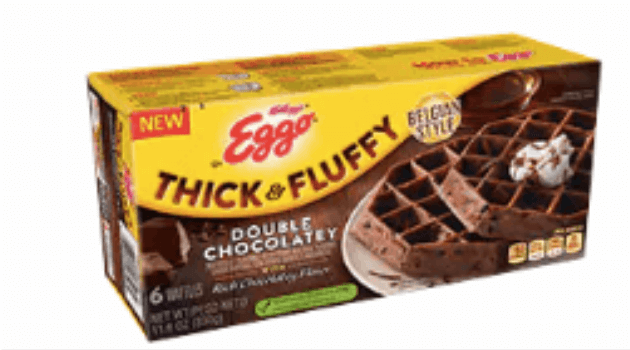 Wondering how more of your favorite food measures up in our taste tests? Click HERE for a definitive ranking of fast food chicken sandwiches, from worst to best.