A Definitive Ranking of The Office Characters, From the Perspective of Michael Scott

Everyone loves The Office.

It's one of the most iconic TV shows to ever exist. And, thanks to Netflix, we can relive the various ups and downs of the Dunder Mifflin crew again and again.

We all have our own unique opinions on the best and worst characters on the show, but we don't really know them. But you know who does? Their highly unique branch manager, Michael Scott.

With that in mind, keep scrolling for a definitive ranking of The Office characters, from the perspective of Michael Scott.

Obviously, the most-hated character by far is Toby. Considering Michael can't even look at him without getting upset, there really is no other choice for the bottom of the list. We don't really know why Michael hates Toby so much. It might be his annoyingly monotone demeanor. It might be that his position in HR constantly forces him to ruin all the fun. In truth, it doesn't matter. Michael thinks he's the worst, there's really nothing more to it. 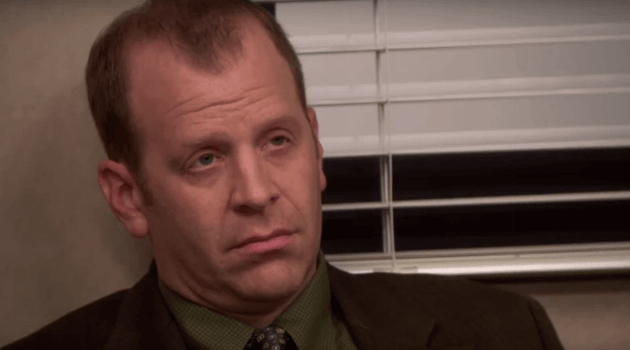 Michael really seems to have something against HR people, because his next-most-hated employee is 100% Gabe. Michael basically hates Gabe from the moment he walks in the door. And he definitely doesn't try to hide it. Most of the time, he simply tries to interact with Gabe as little as possible, but he's always unable to fully hide his absolute disdain for this long-limbed employee. 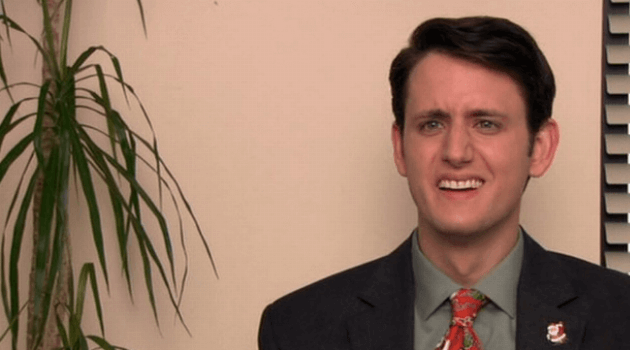 Although Michael and Jan have a romantic relationship, it's clear that Michael completely despises her. Especially as their relationship progresses, his hate for her becomes more and more clear. Unfortunately, Michael just wants to be loved, which makes it difficult to walk away from someone who he considers his partner. Still, Jan is the absolute worst, and Michael knows it. 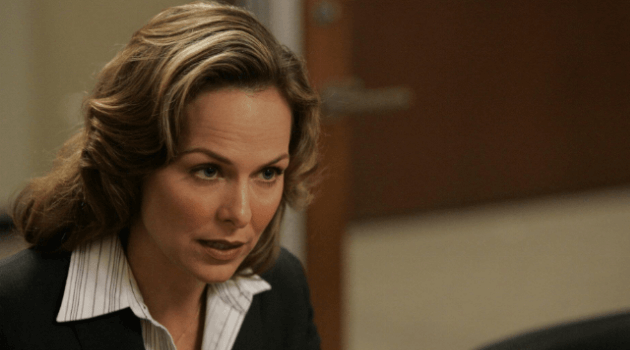 For no reason at all, it seems, Michael just never warms up to Erin. He appreciates her as a secretary, but he doesn't want to spend any outside time with her. It's particularly obvious on Secretaries Day, when he doesn't want to go out to lunch with her, and then acts awkward and distant the whole time when he's forced into it. Even though Erin's a sweet and kind person, Michael just can't seem to connect with her, and never really seems to like her all that much. 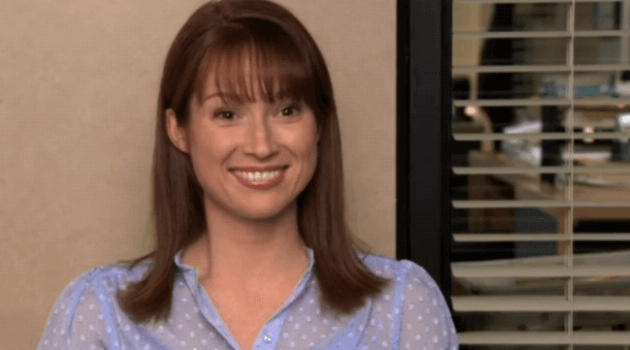 Despite Michael's generally easy-going personality, he does not take a liking to Andy Bernard. Michael immediately picks up on his people-pleasing ways, and he hates that someone wouldn't be genuine with him. Whatever else Michael may be, he doesn't like a brown noser, so it takes him quite a while to warm up to Andy. Even when he does, Andy seems to be a take-it-or-leave-it kind of character for Michael, making it obvious that he's not really that well-liked. 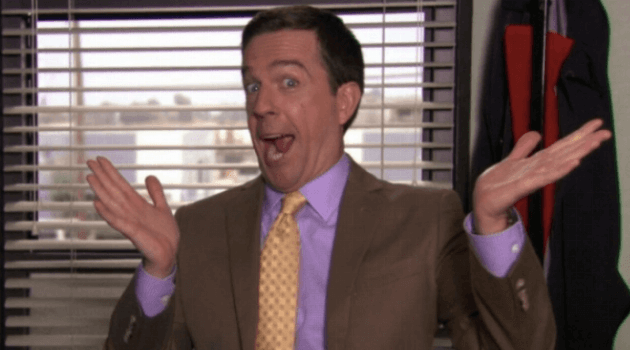 Honestly, Michael—like all of us—seems pretty creeped out by Creed. He tries to fire him at the beginning of the series, and is quickly talked out of it, but after that, Creed just kind of lurks in the background. In addition, he and Michael rarely interact, so it's hard to get a sense of how Michael really feels. If we had to guess, we'd imagine that Creed isn't really on Michael's radar, so he probably doesn't love or hate him. In fact, he probably doesn't even think about him. 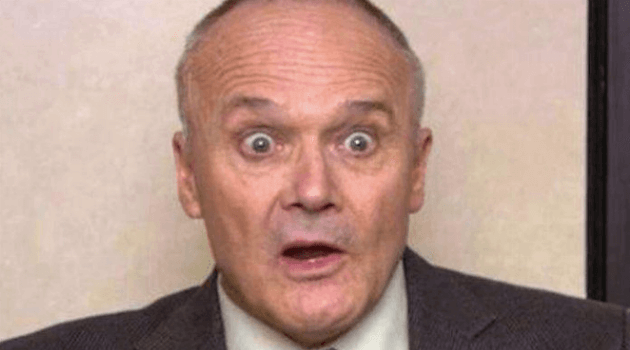 In general, Michael doesn't seem to have strong feelings one way or another for Angela. He certainly gets annoyed with her strict ways, but he's generally not that expressive about his feelings towards her. That might be because he does a lot to limit their interactions, but either way, she seems to fall on pretty neutral ground for Michael. 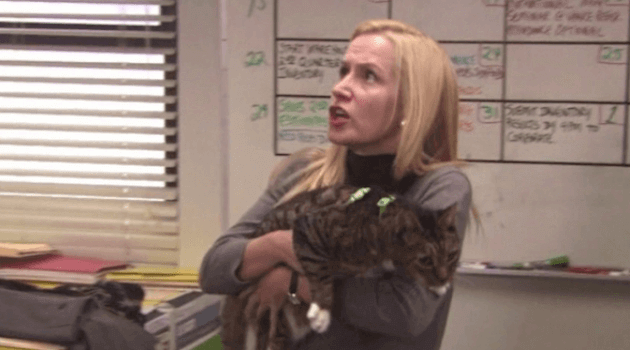 Michael seems pretty indifferent about Kelly. He's prepared for her random outbursts of emotion and he's there to talk her through things if she needs it, but he just seems to kind of accept her presence. Plus, she's stuck in the back room all by herself, so she can't really annoy him that much. 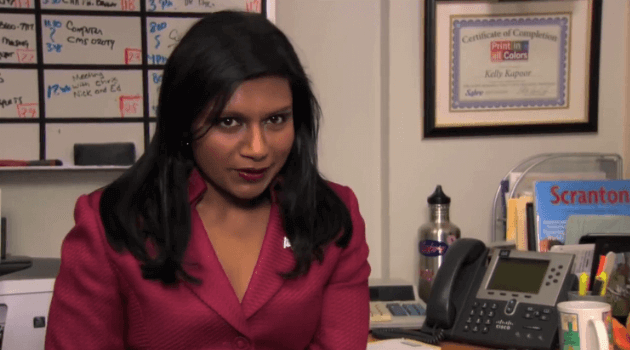 Even though Dwight is obviously the most loyal employee, Michael doesn't seem to like him all that much. He uses his helpful demeanor when it makes sense, but otherwise he generally tries to avoid his overeager assistant. If you need more proof, refer to the "Threat Level: Midnight" script where Agent Michael Scarn clearly despises his incompetent sidekick. However, as the season progress, it's clear Michael does value Dwight's friendship, even if it annoys him. It's a love-hate situation, putting Dwight firmly in the middle of the list. 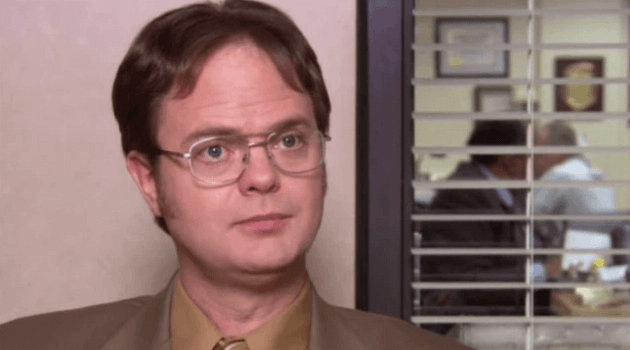 Even though Kevin has to be the most frustratingly daft character in the entire series, Michael seems to have a soft spot for him. He doesn't value him as a friend, and certainly doesn't crave his company, but he's open to being around him and doesn't seem to get annoyed that often. Kevin isn't good at his job, Michael isn't good at his job—maybe that's why they get along. 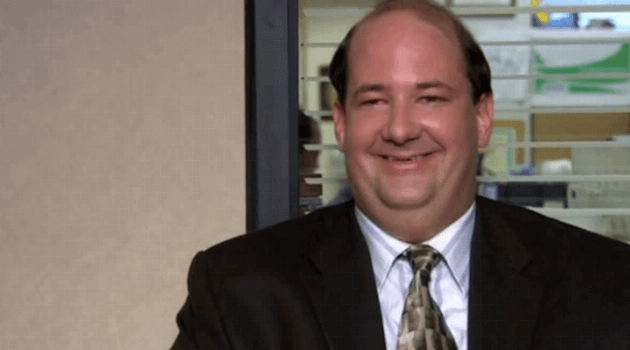 Michael actually seems to enjoy Meredith's party vibe. In general, she keeps to herself and doesn't question his decisions too much. She just goes with the flow of whatever is happening, and she's always down to have a good time. Michael doesn't explicitly seek her out, but he seems to like her presence when she's around. 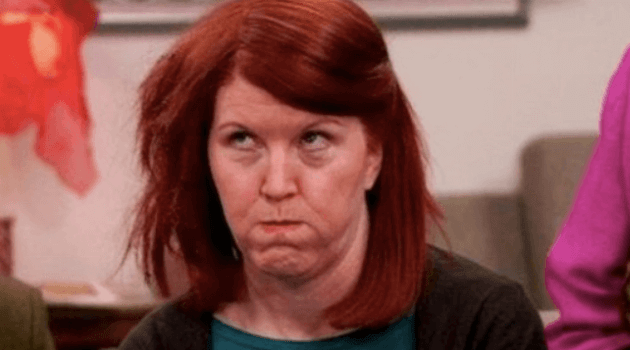 Despite the fact that Stanley clearly doesn't like him, Michael definitely likes Stanley. In fact, it seems to be a theme with this oblivious boss that he's always drawn to the people who want nothing to do with him. Michael and Stanley get in a little tiff in "Did I Stutter?" but they quickly work through it. Beyond that moment, there's a general sense that Michael enjoys Stanley's uninterested demeanor, and Stanley absolutely despises Michael. 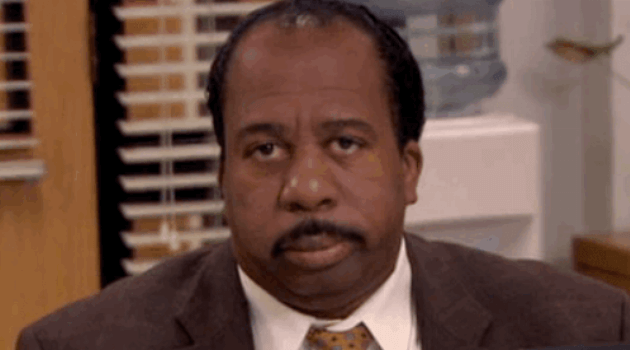 Michael definitely has a soft spot in his heart for Phyllis. He can be mean and insulting to her at times, but he also genuinely cares about her feelings and well-being. He also considers himself very close to her, as shown by the fact that he thought he deserved a position in her wedding party. She's far from his favorite, but she's definitely one of his most well-liked employees. 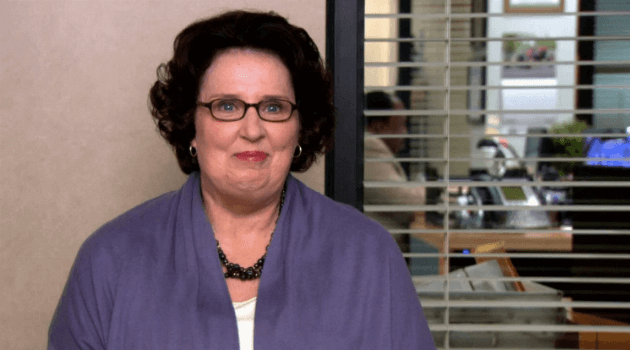 Much like Phyllis, Michael definitely harbors an appreciation for Oscar. Not only does he like hanging out with him, but he also desperately wants to impress him. He values Oscar's opinion and is always hunting for ways to connect with him, however misguided they may be. 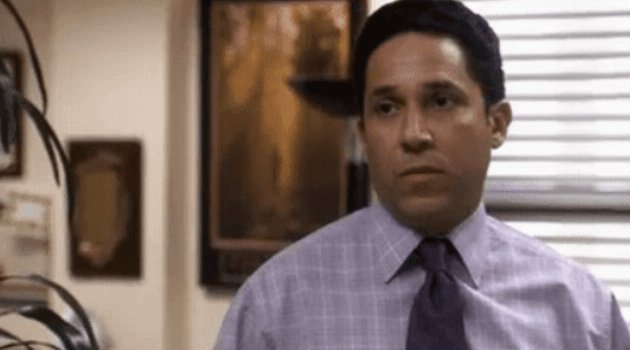 Michael and Darryl's relationship definitely goes through a few ups and downs, but it's obvious that Darryl is someone Michael really admires. He thinks Darryl is cool and hip, and he's constantly trying to impress him in one way or another. He gets a little uncomfortable when Darryl starts climbing the corporate ladder, but even in that moment you can tell he really respects what Darryl thinks of him. All in all, Darryl is obviously one of Michael's faves. 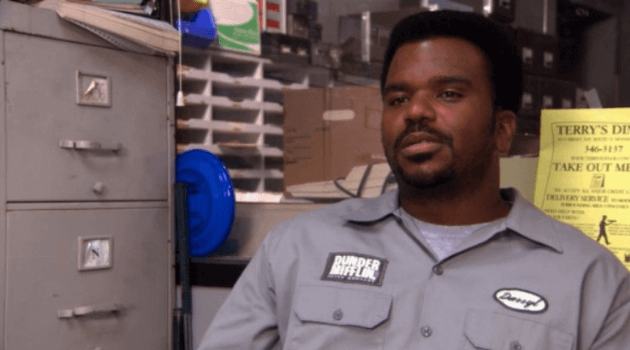 Although Michael often mistreats Pam and disregards her opinion, he does seem to like her. His tendency to put her in uncomfortable situations often seems to stem from his love of having direct power over someone, rather than any bad feelings about who she is as a person. Plus, he becomes markedly more fond of Pam when her and Jim get together, which is when she transitions to a character who Michael craves time with, even if she doesn't necessarily return his affection. 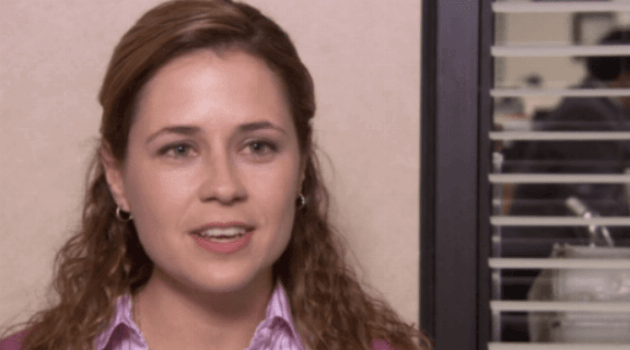 Michael adores Jim—honestly, it's almost creepy how much he loves this uninterested salesman. He's constantly trying to impress him, asking him to hang out and doing his best to portray a "cool boss" appearance, sometimes at the sacrifice of actually doing work. Michael adores Jim—how could he not be near the top of the list? 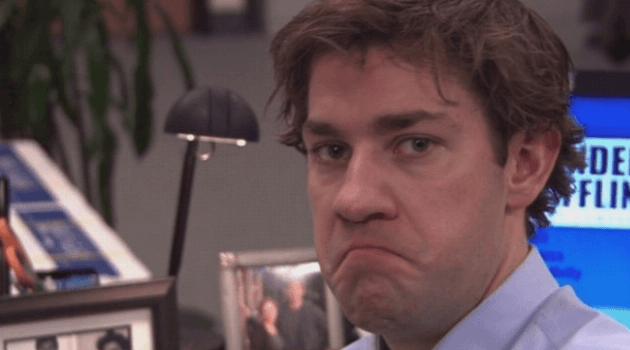 If Michael adores Jim, he genuinely loves Ryan. In this relationship, Michael takes the creepy bro vibe that he tries to capture with Jim to an all new level, oftentimes confessing an affection for Ryan that isn't exactly work-appropriate. Michael wants to be his best friend and be him, all at the same time, firmly establishing Ryan as one of his favorite employees. 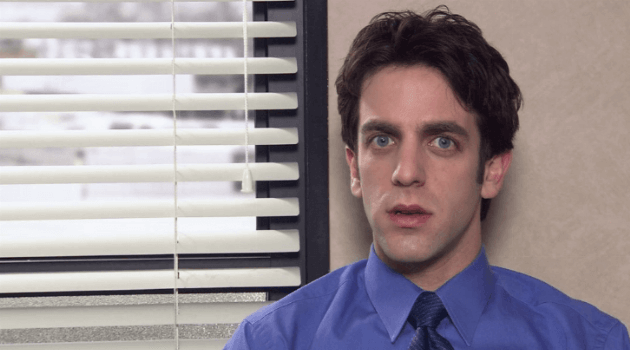 Of course Holly is at the top of this list. Seriously, Michael married her. If  that doesn't scream "favorite employee," I don't know what does. Finally, an HR person who Michael doesn't despise—we never thought it could happen. 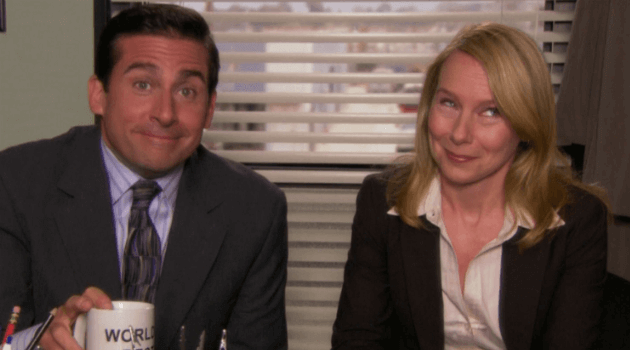 On the hunt for more pop culture opinions? Click HERE for a definitive ranking of empowering breakup songs, according to us.