Recover 180° Is a Delicious Way to Hydrate, No Matter How Active (or Inactive) You Are

2020 has proven itself to be an unusual year in just about every way, but just because it's not what you expected doesn't mean you can't make the most of it.

For example, this might be the perfect time to start developing some healthy sleep habits, hone your creativity or even start hydrating properly. If you're spending more time at home than ever, it's also easier than ever to get enough water and hydrating foods to keep your body going—but even then, there might be times that you need a bit of a boost.

That's where Recover 180° comes in. They specialize in "functional hydration" beverages that are so much more than your average sports drink. I'd tried and loved their Açai Berry flavor in the past, so when a rep reached out and asked if I'd be interested in trying their other flavors, I was happy to do so. Keep reading to find out all about the brand, and what their flavors are all about.

Recover 180° makes plant-based, electrolyte-packed drinks that are all about helping people recover, whether they're go-getting athletes or just need a little extra help getting them while they're stuck at home. It's powerful hydration for the dehydrated, containing three times the electrolytes of typical sports drinks, with half the calories and a third of the sugar.

Recover 180° comes in three bold, fruity flavors and is sweetened with organic cane sugar. It also contains essential vitamins and minerals, including Vitamins B3, B5, B6 and B12, plus Vitamin C, as well as potassium, niacin and magnesium. It also has the added health benefits from herbal extracts including milk thistle, aloe vera, ashwagandha and ginseng root. They come in 16 oz. bottles, and 12-packs of each of their three flavors are available in their online store for $32.95 each.

Recover 180°'s Açai Berry is the one I'm most familiar with, and is probably their most broadly appealing taste. Up front, it's a little bit tart with the flavor of berries, but it's also got a smooth sweetness, making it easy to drink overall. It's not like a super sugary sports drink, and the flavor is complex rather than basic

I admittedly have a pretty sedentary lifestyle, but I do have the luxury of being able to go on walks through the woods near my home without a high chance of encountering people, and whether I've just come back from a stroll or have been at my desk all day after forgetting to drink water, chugging one of these simply makes me feel better.

I've also found it to be a lifesaver when I have a headache and want to quickly raise my hydration levels, or when I have an upset stomach and need to replenish lost fluids. It also tastes so good that I've had one with dinner, just because I wanted to. In my experience, it's tasty and effective. 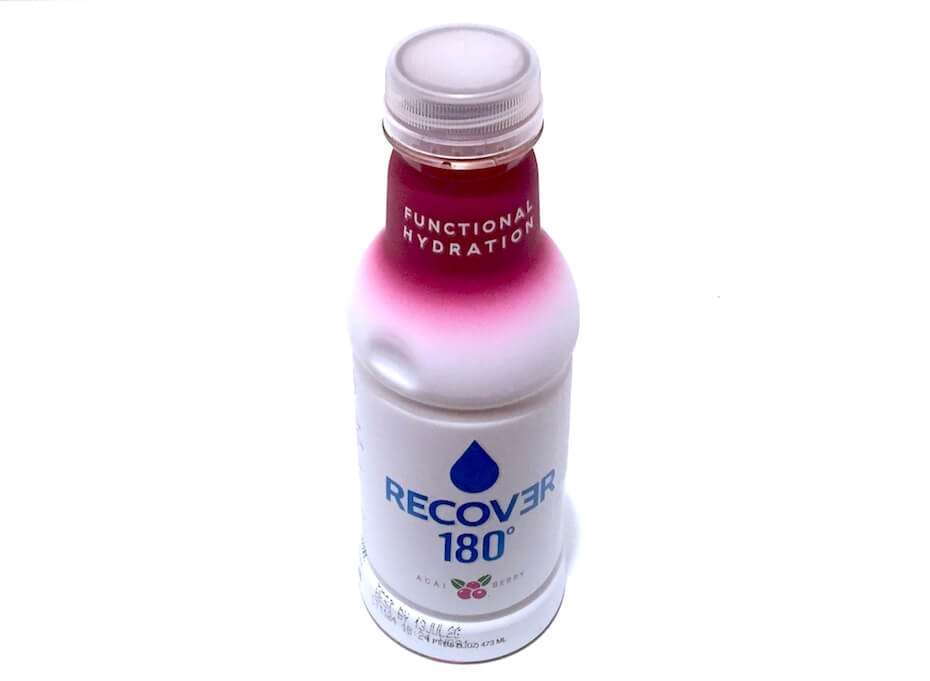 Orange has never been my go-to flavor for anything, so I was a little bit wary of this Blood Orange flavor—but after taking a sip, I realized I had no reason to be. Rather than being a dull, sour flavor, it instead tasted like an orange-based fruit punch that was actually less sour than the Açai Bery flavor, and of the three, it actually wound up being my favorite.

When I drank it, I could also feel the exact same benefits I got from the Açai Berry flavor. In fact, this one might have been even more beneficial for me because I was so happy to drink it, making my recovery sessions seamless. 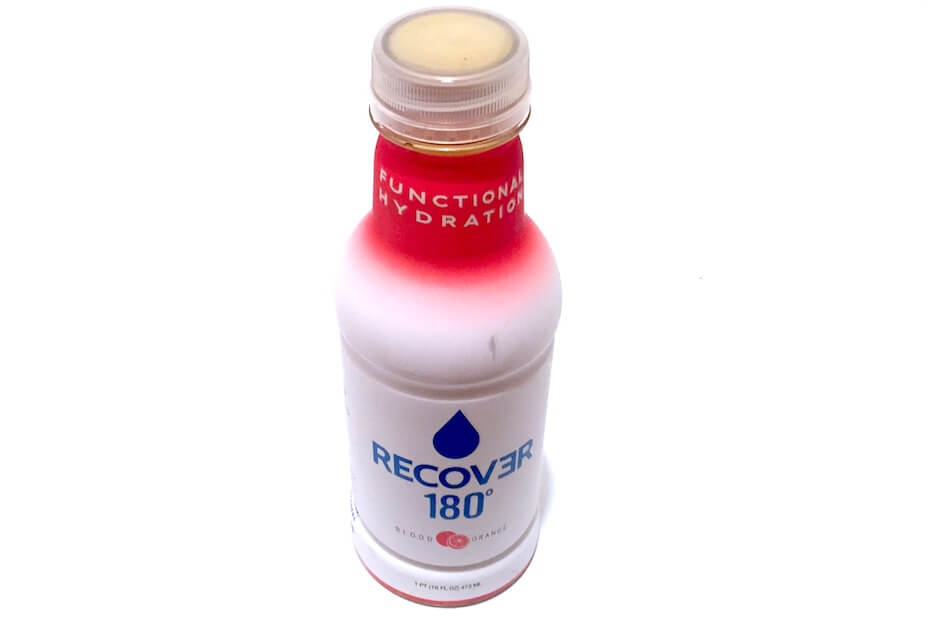 The last flavor I tried was the citrus, which I looked forward to because I love anything with lemon or lime flavors. This crisp, tart lemon-lime combo didn't disappoint. While it was quite sour, that was exactly what I expected, and I found myself loving it nearly as much as the Blood Orange—and it made me feel just as good as the other flavors had. 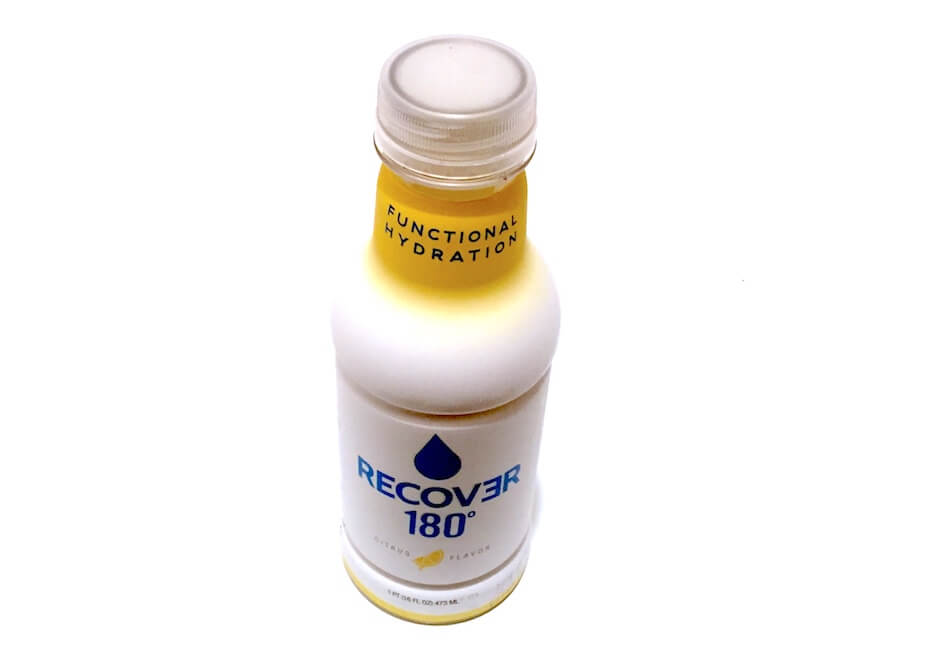 If you find it hard to properly hydrate yourself with plain water and you're interested in cutting sugar and calories (and have a few extra bucks to spend) definitely give Recover 180° a try. Every time I'd had it, I've found that having a Recover 180° left me feeling more refreshed and regenerated than I'd felt before, in a way that drinking plain water just doesn't make me feel.

Based on my personal experience, this stuff really works, and I love the way it tastes, too. With three flavors, there's bound to be something that everyone will enjoy, though these might not be your favorite if you don't like your drinks tart and tangy. At about $2.75 per bottle, they're also on the pricey side, but if their commitment to hydration appeals to you, that will be a smile price to pay. 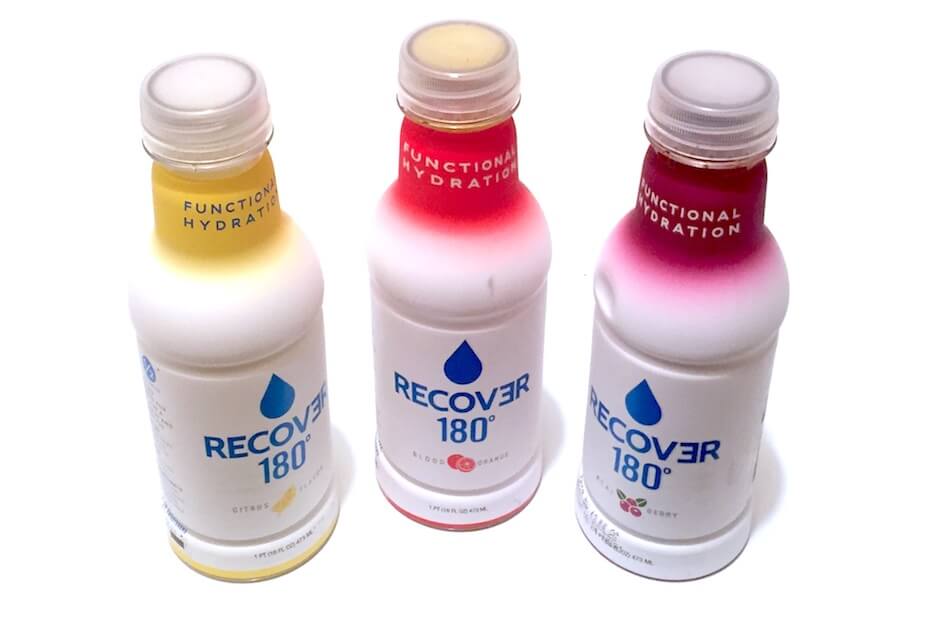 Curious about mixing your own electrolyte drinks at home? Click HERE to find out about Liquid I.V.'s Hydration Multipliers.