Indie singer-songwriter Ricky Montgomery was ready to call it quits as an artist when everything changed for him.

You may have heard his viral hit singles "Mr. Loverman" and "Line Without a Hook" on TikTok, as they absolutely blew up on the platform. What you may not know is that both songs were actually from his 2016 debut album, existing for years before they found a new life on TikTok and finally allowed him to earn the recognition he deserves—as well as a deal with Warner Records.

We can't get enough of Ricky's heartfelt and earnest approach to music, and here's everything we learned about him as our latest Man Crush Monday. 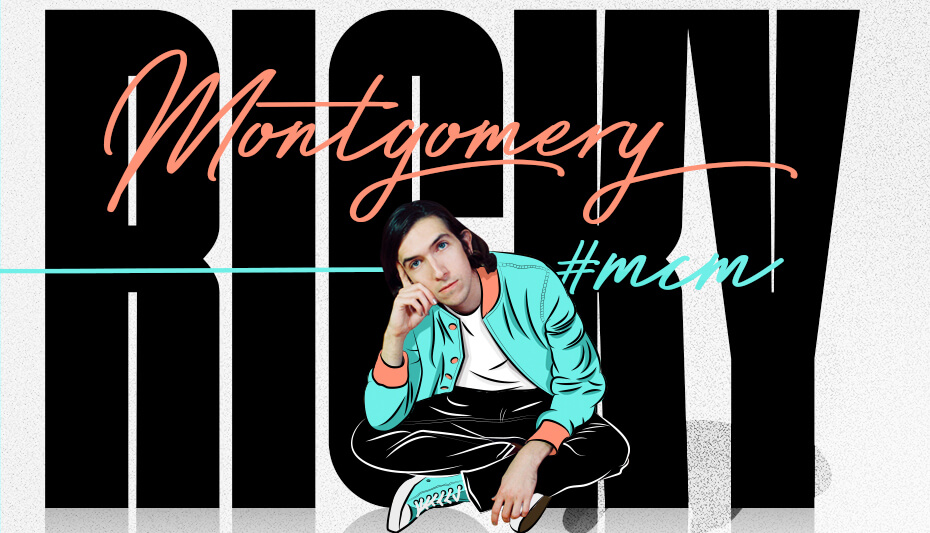 1. On his last tour, before every show, Ricky and his crew would do a little prayer.

"None of us are religious. It was kind of a joke at first, but we kept doing it. Now it feels like a bad omen if we don't!

2. His Starbucks go-to isn't a beverage, but their Double-Smoked Bacon, Cheddar & Egg Sandwich.

3. He says The Lion King has made a bigger impact on his life than any other movie.

4. The best show he ever went to was a Slipknot concert.

"Craziest show I've ever seen on a large stage."

5. He says his friends don't often come to him asking for things.

"But if I do get asked for help, it's usually to get into communication with someone else that I may or may not know."

6. He's not super proud of it, but fail-type videos always make him smile, and he watches them often.

"Mostly news blooper reels. They get me."

7. He considers Radiohead, The Beatles and Nina Simone to be among his biggest musical influences. He's also really into classical music and jazz.

8. Above all, Ricky wants to remind people he's human like everyone else.

"I fundamentally do not take myself seriously and don't think any artist or person should. Everyone is just a guy."

Can't get enough of great new music? Click HERE to find out all about our previous Man Crush Monday, Matteo Bocelli.