After a month-long hiatus (which honestly felt like forever), Riverdale is finally back with new episodes starting tonight.

In case you aren't caught up on the drama, you'll want to stop reading now—MAJOR SPOILERS AHEAD!

For those of you who are caught up, you know we left off with the school janitor, Mr. Svenson, being revealed as the Black Hood.

The second he was unmasked, fans were quick to call this uncovering a total fakeout.

There's no way Svenson is the real Black Hood. My theory is, the REAL Black Hood wanted Svenson to die the same way his sin was made — by killing the wrong man. Also, this is only the mid season finale, it's only halfway over. There's no way.

GUYS ITS NOT MR SVENSON… WHY? Because Archie will never forget the eyes he looked into that night when his father was shot and he didn't ID Mr. Svenson as the killer… Mr Svenson is innocent just like the man he sentenced to death #Riverdale

We have to agree, Svenson is definitely not the real Black Hood. It just doesn't make sense. Unfortunately with Svenson now dead, we might not get our answer as to why he did what he did… at least not quite for some time.

In an interview with TVLine, showrunner Roberto Aguirre-Sacasa shared that the Black Hood mystery "is over." The second half of the season will revolve more around the relationships of the main characters, so that Archie-Betty-Veronica love triangle isn't over quite yet.

Though Aguirre-Sacasa says we're done with the Black Hood, we know that people always have a way of coming back to the quiet town of Riverdale. And because we're still not happy with the outcome, we've rounded up four Black Hood fan theories we're totally on board with, and one we hope doesn't come true. 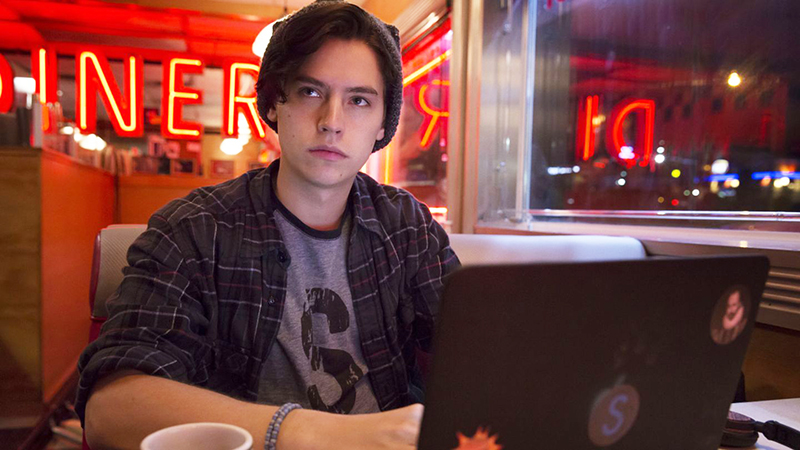 Everybody's least favorite Serpent is at the center of this wild, yet totally plausible theory. One Reddit user has us convinced Penny is actually the biological mother of Betty Cooper and the half-sister of Alice Cooper. The theory claims that Alice took Betty from Penny to get her out of the Southside and give her a new life on the Northside of Riverdale. Years later, Penny decided to finally do something about it by proving the south isn't the only area of Riverdale filled with sinners. She then exposes them all as the Black Hood.

Clearly, Penny doesn't look anything like the Black Hood physically, but this theory has us convinced she has someone else doing the dirty work, a la Svenson. We buy it. After all, she did persuade Jughead to be her minion for a hot minute. 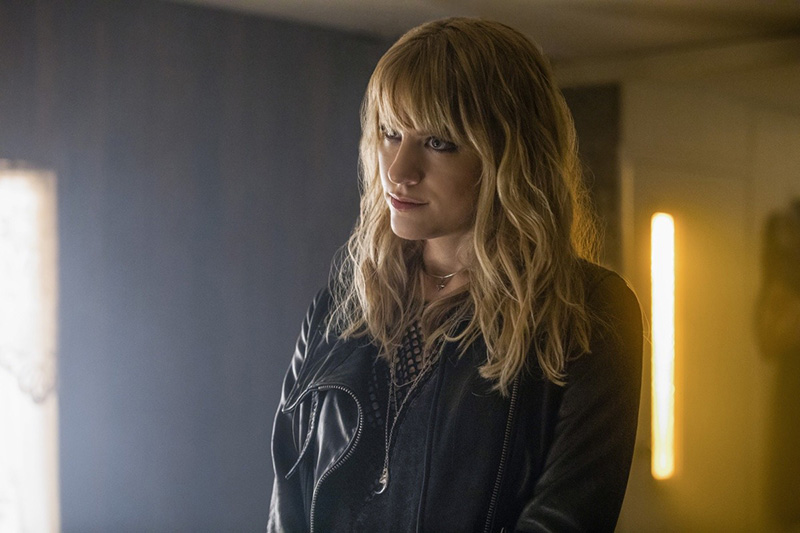 There's no denying that Tall Boy has the exact same build as the Black Hood, and he even has bright green eyes like the masked madman. And let's not forget to point out how he practically wears the exact same clothes as the murderer. But what's his motive? According to this Reddit theory, he was upset over FP being tossed in the slammer and is seeking justice for the Serpents' leader.

But the same theory is also convinced Cheryl Blossom is helping him out by terrorizing Betty. It sort of makes sense, but we really don't think this fire queen has anything to do with the death and destruction occurring in Riverdale. 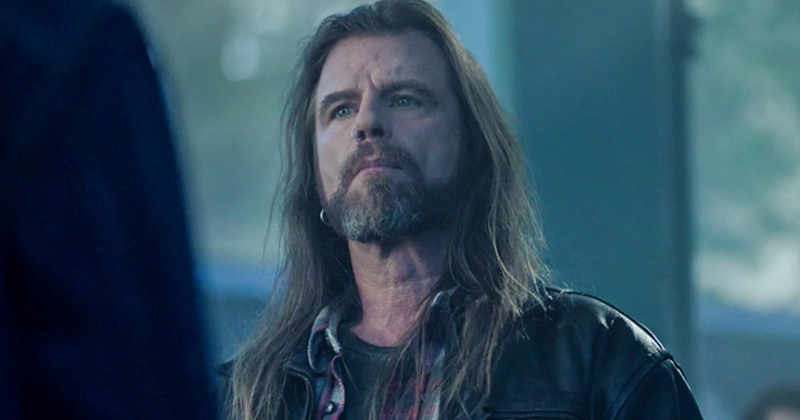 We don't want to believe this theory, but we also totally do. Hal Cooper may be the Black Hood. Much like Tall Boy, he has the same build as the masked crusader and even has green eyes. TV Guide's theory suggests that he's doing it all to protect Betty and keep his family as pure as possible. When the Black Hood had Betty put on the mask, he noted that she had discovered who he is. Obviously, it has to be Hal's creepy way of revealing himself as the murderer to Betty.

We also have to mention that in an interview with EW, showrunner Roberto Aguirre-Sacasa noted how season two pays homage to Shadow of a Doubt. In the movie, a town is terrorized by a killer. Sound familiar? The murderer ends up being the uncle of the protagonist, hence why Hal could very well be behind all of this. 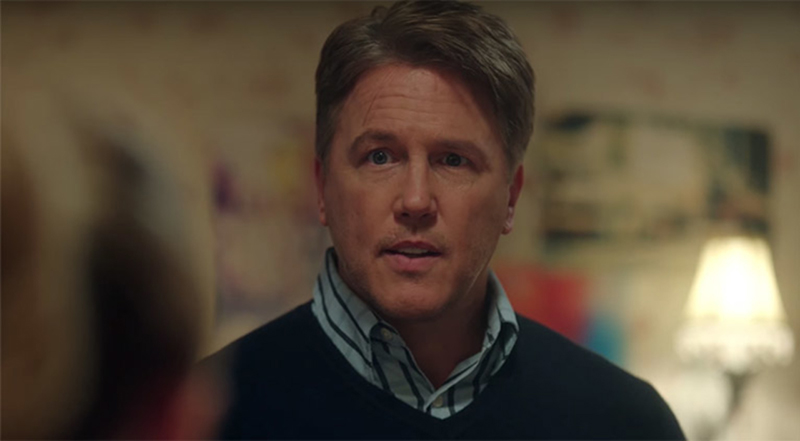 We know he "died" at the end of the first season, but we're not entirely convinced he took his own life. And then in the first episode of the second season, Cheryl threatens to share "what really happened in the barn with Daddy" if her mother chooses to reveal Cheryl started the fire at Thornhill. Clifford coming back to life is a stretch, but we can't rule it out. He is a powerful man who shot his own son in cold blood for crying out loud, so he is capable of anything.

We're guessing he wants revenge on those who have wronged him in the past, so he's parading around as the Black Hood. Plus, if the masked man is in fact related to Betty somehow, Clifford can't be ruled out. They are family through their great grandparents. 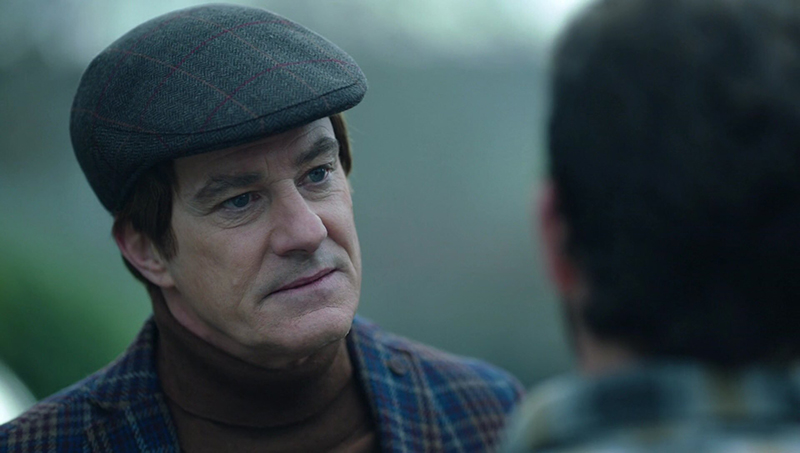 Though Kevin's dad was proved innocent, that doesn't mean his son is. Say it ain't so?! We really hope Kevin isn't the Black Hood, but this Reddit theory has us somewhat convinced.

According to the Redditor, Kevin and Betty experienced a riff in their friendship, which drove Kevin to becoming the masked murderer. He did it because he wasn't happy with how his friendship with Betty was quickly unraveling. He knew about her obsession with Nancy Drew as a kid. He knew she was close with Archie and would tell him everything. Kevin knew how it would all go down. How he got Svenson to do his dirty work is still unclear, as there are definitely some holes in this theory. Nevertheless, we still can't rule him out… unfortunately. 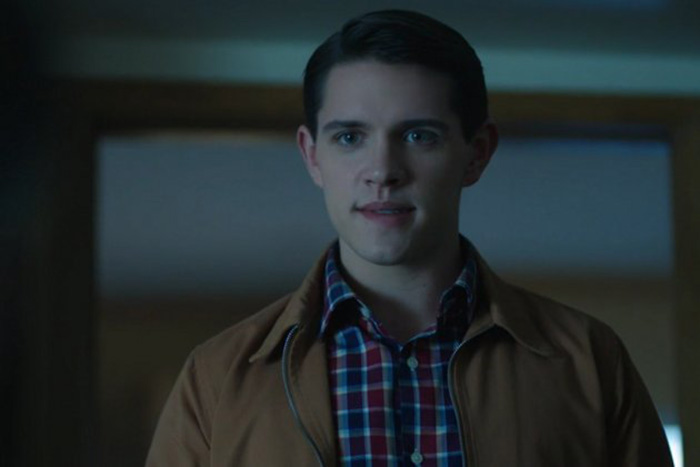 Speaking of fan theories, THESE ones better not come true.