When it comes to unique and original seasonal ice cream flavors, you can't beat Salt & Straw.

Of course, I had to stop by my local Salt & Straw and order up a scoop each of these peculiar flavors to find out how they really taste. 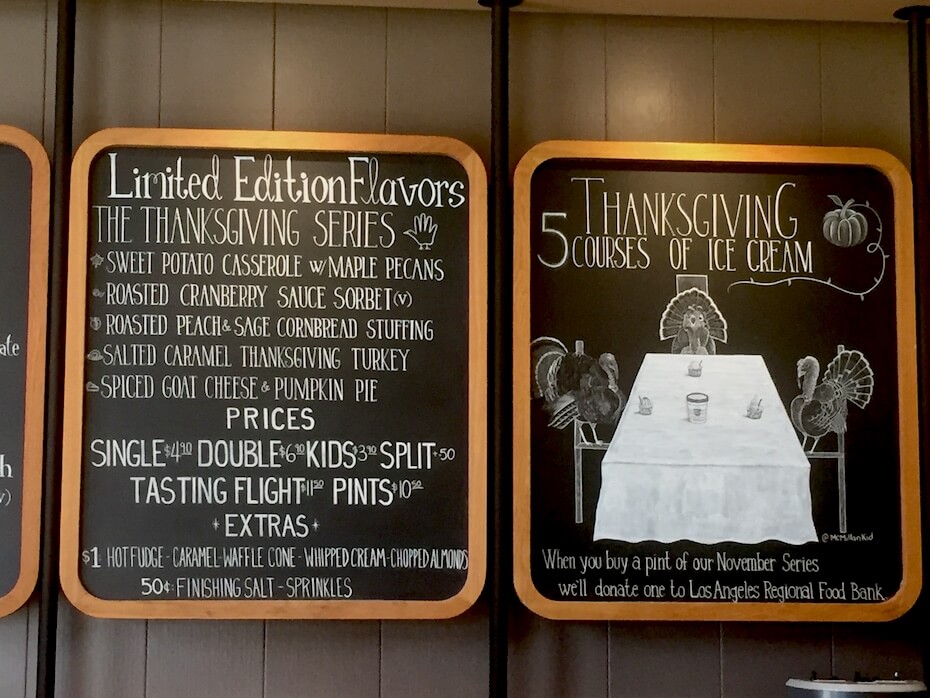 When I first took a bite of this ice cream, I was immediately hit by the warm, herbal taste of sage. The pleasant flavor lingered and colored the other flavors as I continued and got bits of sweet and tart ribbons of peach and bit into my first crunchy bite of cornbread. The stuffing consisted of thick, hearty chunks of shortbread cookies made of real cornbread, which made this the most substantial ice cream of the bunch. Overall, it's a delightful combination of sweet and savory flavors. Thanks to the sage, it does wonderfully embody the essence, if not the flavor, of a tasty side of stuffing. If you're going to eat ice cream for lunch, this is probably the one you'll want to have. 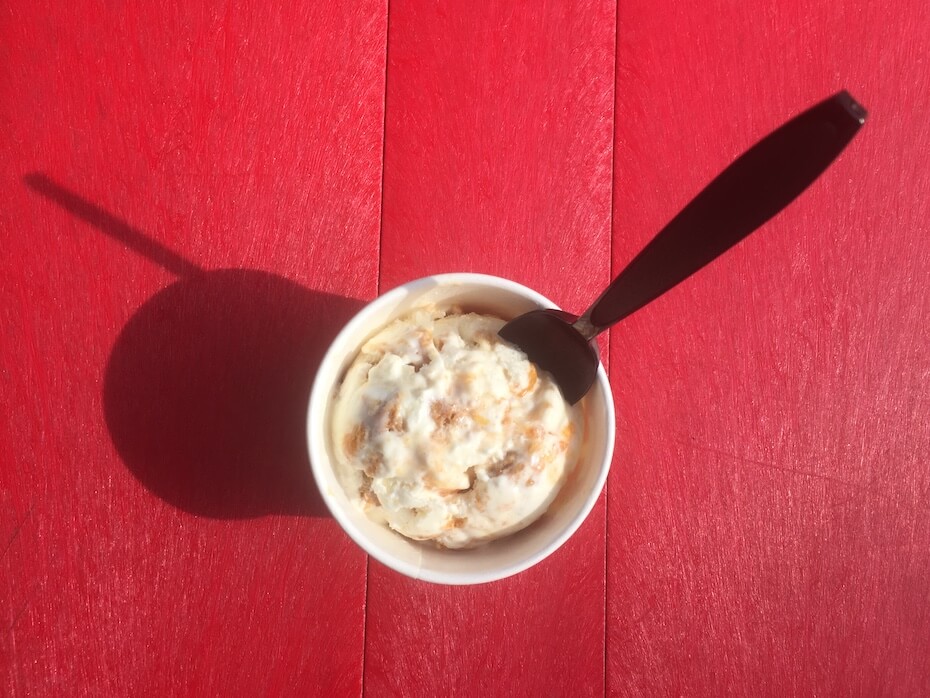 One taste of this sweet potato casserole ice cream convinced me that it should become a year-round staple. The most prevalent flavor is the caramel-like maple, particularly because it's chock full of candied pecans with an incredible cinnamon sugar flavor. Though the sweet potato flavor isn't super pronounced, it does add butteriness to the overall dessert. Though the ingredients themselves aren't the most traditional for ice cream, the flavor was an instant classic. 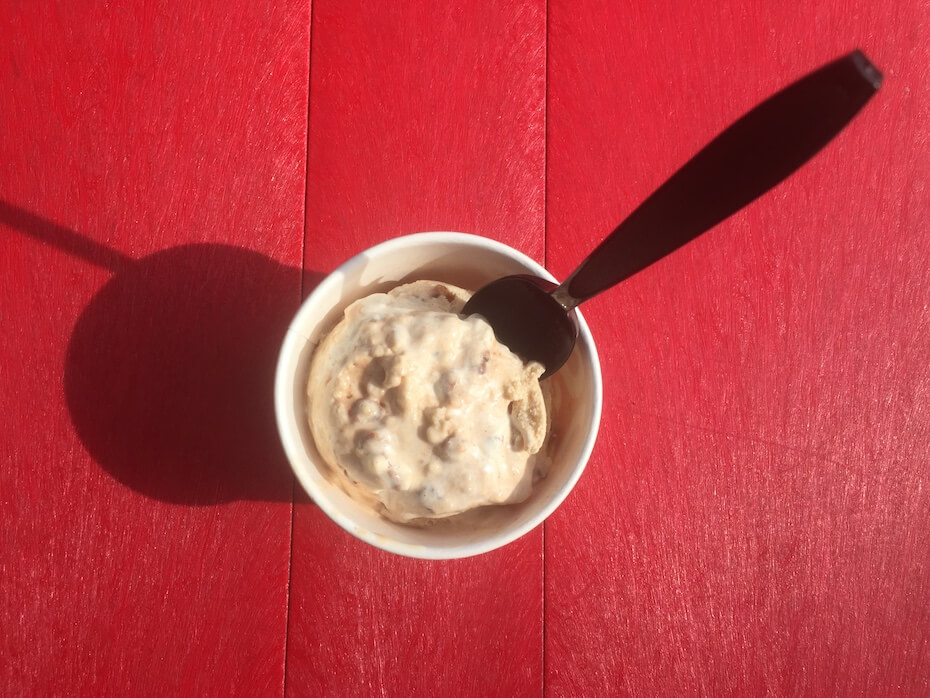 This was the most straightforward of Salt & Straw's Thanksgiving flavors, but thanks to the complexity of the cranberry flavor, it's anything but boring. It tastes like fresh, tart cranberry sauce with just the right amount of sweetness and a silky smooth texture. Plus, it's vegan, if you're into that sort of thing. Whether you prefer homemade cranberry sauce or the stuff out of a can with those telltale rings on the side, you'll probably love this sorbet. It's also the easiest of the five flavors to scarf down. 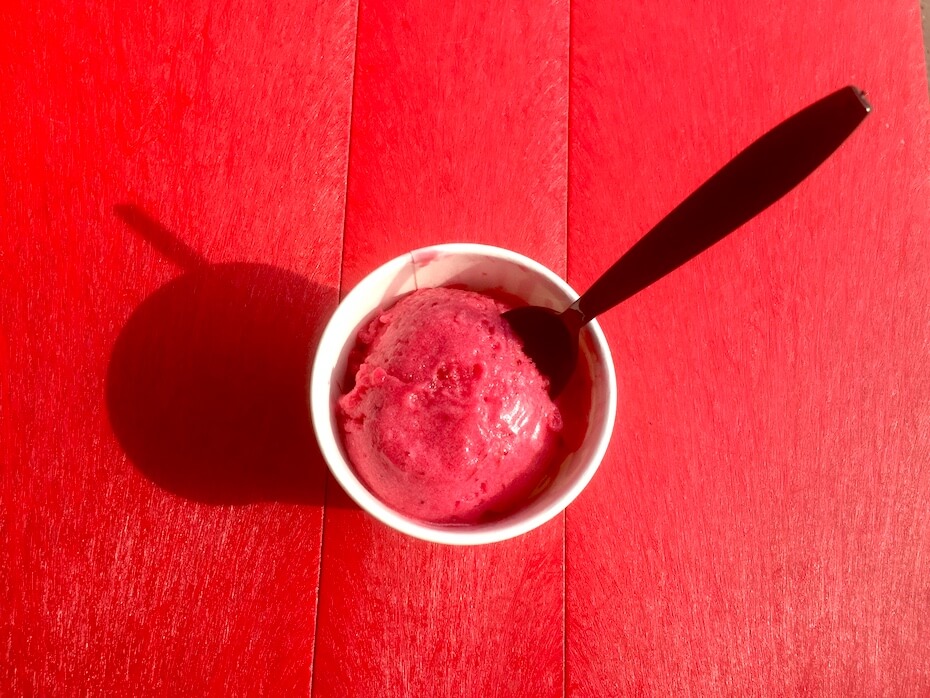 Of the Thanksgiving flavors, this was the only one I was most wary of trying. I have to admit that I don't actually like Thanksgiving turkey very much—particularly when it tastes fatty. When I took my first bite, I was first hit by the sweet and salty taste of caramel before the turkey hit. I can't say I enjoyed that very much. The ice cream is flavored with turkey fat, and to me it tasted like sharp turkey broth was folded into the ice cream itself. The little bits of candied turkey skin started off sweet, but ended in the same fatty flavor that I've never enjoyed. I definitely couldn't finish the whole thing, but if you love turkey I think your experience might be the exact opposite. 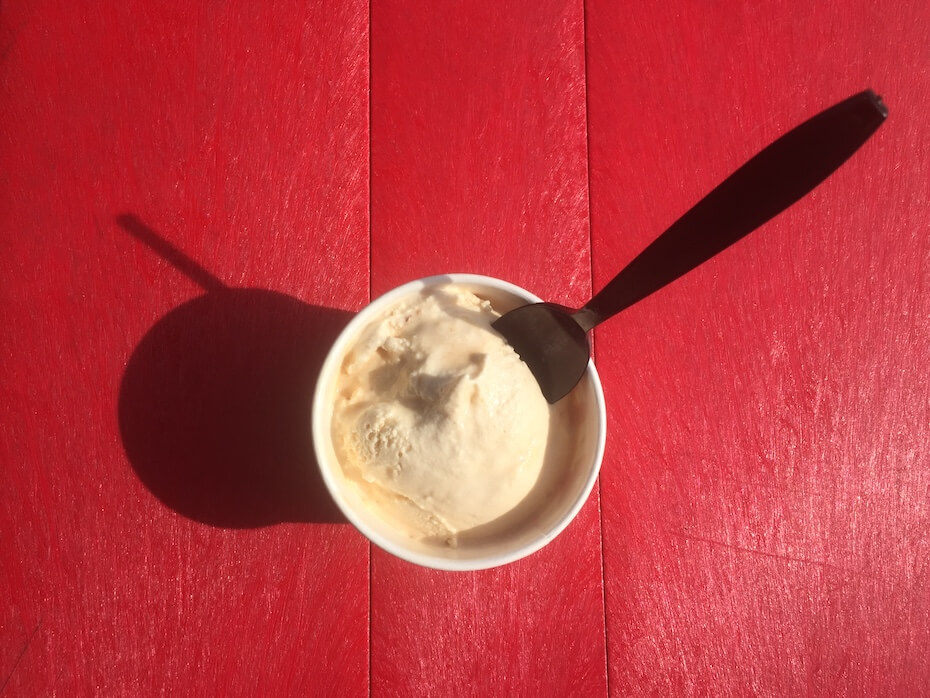 Last but not least, I had the dessert of the five ice creams with the spiced goat cheese and pumpkin pie flavor. When I tasted it, I was surprised it wasn't sweeter. It tasted a bit like a pumpkin pie cheesecake with the sweetness turned down. I love goat cheese, and thought it complemented the pumpkin flavor quite well—though I think it would have been even better with bits of pie crust in it. I also happen to love pumpkin pie. If you don't, I'm guessing you won't like this very much, either. 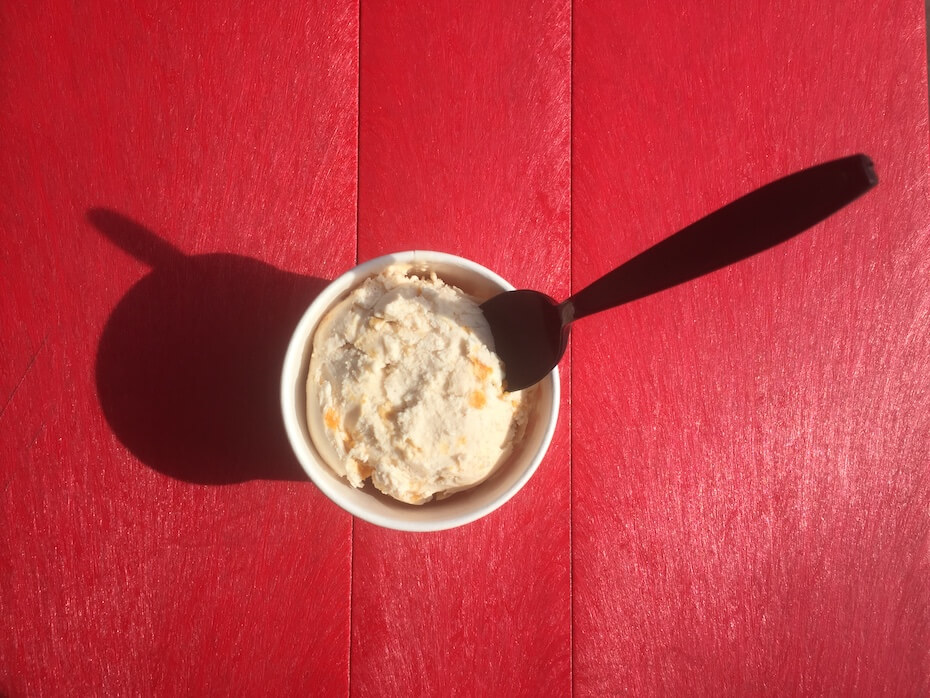 Obsessed with Thanksgiving flavors? Click HERE to find out what your favorite Thanksgiving dish reveals about you.