Producer Shawn Wasabi's name is synonymous with melodically catchy Midi tracks, and we seriously can't get enough of his music.

We've been listening to his song "Animal Crossing" featuring Sophia Black since it dropped the same day as Animal Crossing: New Horizons, and he's had a very busy year so far. He released an EP called MANGOTALE at the end of May, and we haven't stopped listening to it.

Curious about Shawn? We certainly are, which is why we couldn't wait to ask him all about himself (and his music) in the interview below. Keep scrolling to learn what we uncovered. 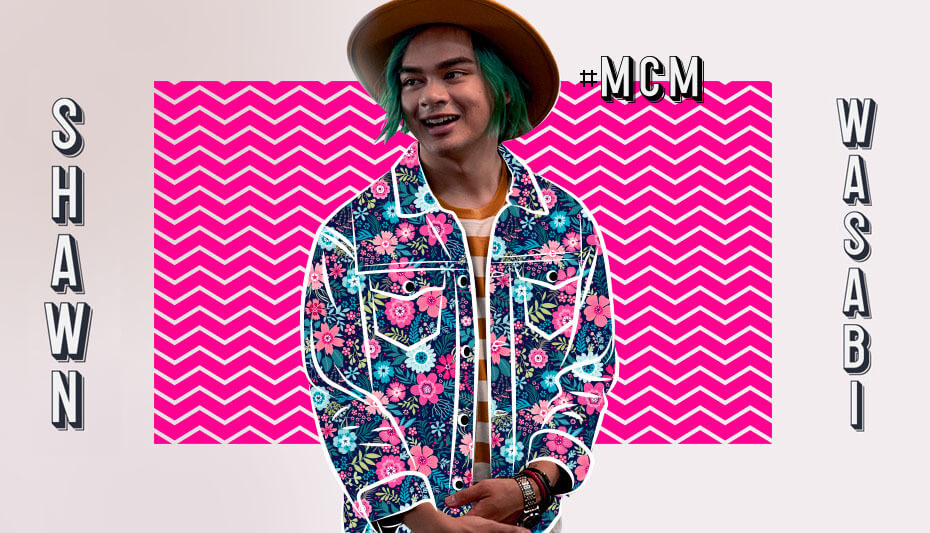 1. Shawn's favorite song of all time is "Like a G6" by Far East Movement, his current favorite is "Susie Save Your Love" by Allie X and Mitski, and his favorite pop track is Justin Bieber's "Sorry."

2. He says he was a morning person—but then lockdown hit, and he changed his ways a bit.

3. His most overused phrase is "AYYYYOOOOOO."

"It's the only thing I try to stop myself from saying time to time."

4. He says Justin Tranter and the rest of Shawn's musical friends are responsible for teaching him the world of pop music, and music in general.

5. If he could choose anyone from history to be his mentor, he'd pick Liberace or Max Martin.

"I want to be on Max Martin's level of music production one day."

6. He has a wide collection of Midi controllers and other weird instruments.

"I get little toys and stuff from gift shops that make sounds, and then I forget and lose them somewhere."

7. His favorite movies are The Lego Movie and The Dark Knight, though in the past year Parasite has become another one of his favorites.

8. He's recently become re-obsessed with the Avatar: The Last Airbender series on Netflix.

"It just got added to Netflix and I loved that show as a kid growing up."

"I really like Shiba Inus and Corgis and pretty much all dogs. Anyways, have you seen otters!? They're adorable.

10. His favorite dessert in the world is kaya toast, popular in Singapore and Malaysia.

"It's the tastiest thing ever. It's just simple toast with a jam made with coconut milk and pandan. Everyone says L.A., where I live, always has the best food, but that's a lie. There's a whole world out there of culture and things."

11. His new hit song "Animal Crossing" is about a subject close to our hearts.

"Last year, I Tweeted out that I wanted to make a song about Vacation Juice from Animal Crossing: Pocket Camp. My friend Sophia Black texted me immediately after I Tweeted it and sent me a vocal of a song she just wrote about Animal Crossing! It was such a cool top line, and she sounds so silk-ishly amazing singing it."

12. His favorite Animal Crossing villager is Nate the bear, because he's the most mature-looking. He's also a huge fan of Tom Nook.

13. He says being resourcefulness is what makes him who he is.

"I've been at different levels of struggle and confusion all my life, but it's taught me to make the best of what's around me in my environment. I don't know how to bake a cake or dunk a basketball, but if I absolutely had to, I'd learn and figure it out in like 10 minutes. And this applies to producing music! I'm at my computer right now and I have a microphone hanging from the ceiling fan because I don't have a mic stand for it."

If you love Animal Crossing as much as Shawn Wasabi, click HERE to find out which Animal Crossing: New Horizons personality best fits your zodiac sign.