The USA Women's Gymnastics Team is straight up crushing at the 2016 Rio Olympics.

On Tuesday, the Final Five took home gold in the all-around final. With such flawless performances, we weren't shocked our girls came out on top.

Next up, the girls will be competing individually in vault, bars, beam and floor events. But before they do that, we thought we'd reveal a fun little factoid about each of these fierce females below. 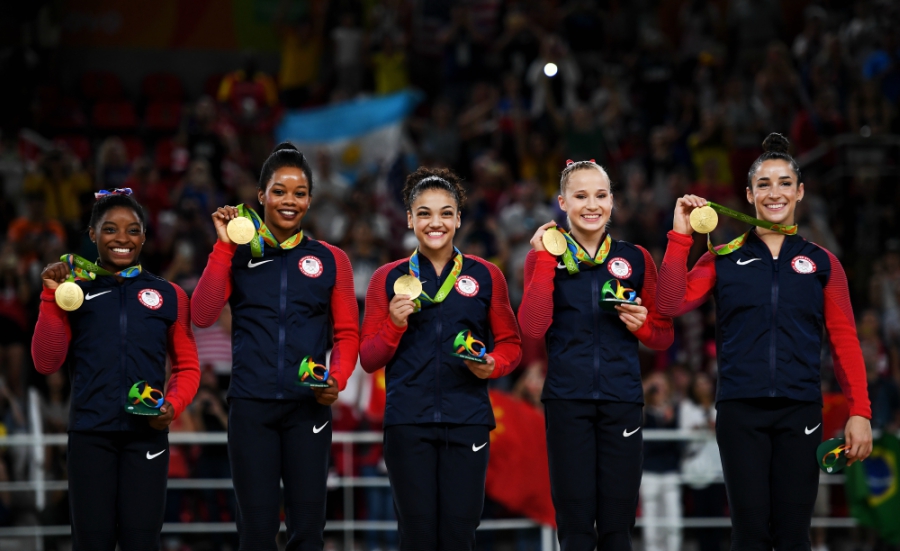 Gabby has her very own Barbie doll modeled after her likeness. Um, how cool is that?! We most definitely see the resemblance.

Aly was a contestant on season 16 of Dancing With the Stars. She came in fourth place in the competition, but she's still No. 1 in our hearts.

Still have my @dancingabc bracelets wardrobe made me #Klepto 😉 @markballas

Simone has a hardcore celebrity crush on none other than Zac Efron. He even tweeted her good luck at the Olympic trials and her response was all of us.

@ZacEfron @TheEllenShow OH MY GOSH I THINK I AM GOING TO PASS OUT OH MY GOSH CRYING! THANK YOU ????

If you scroll far enough on her Instagram, you'll see Laurie was quite the nail art enthusiast. We're slightly obsessed with these Converse-inspired pieces of art she created.

Madison is a massive, massive baseball fan. And as a Texas native, it only makes sense that she's rootin' for the Texas Rangers.

My love for the Texas Rangers is endless❤️⚾️????

Feeling inspired? Click HERE to watch our nine-part series on four incredible female athletes on their quest to take home gold at the Olympics.