I Joined a Sorority Freshman Year, and Here's What You Need to Know

College can be scary, but finding your home away from home can make it a little easier.

Being a first-generation college student meant that I came to campus without knowing at all what to expect. What I found is that campus life can sometimes be isolating. With so many students focused on preparing for the future, making the first move to initiate a new friendship can be intimidating. 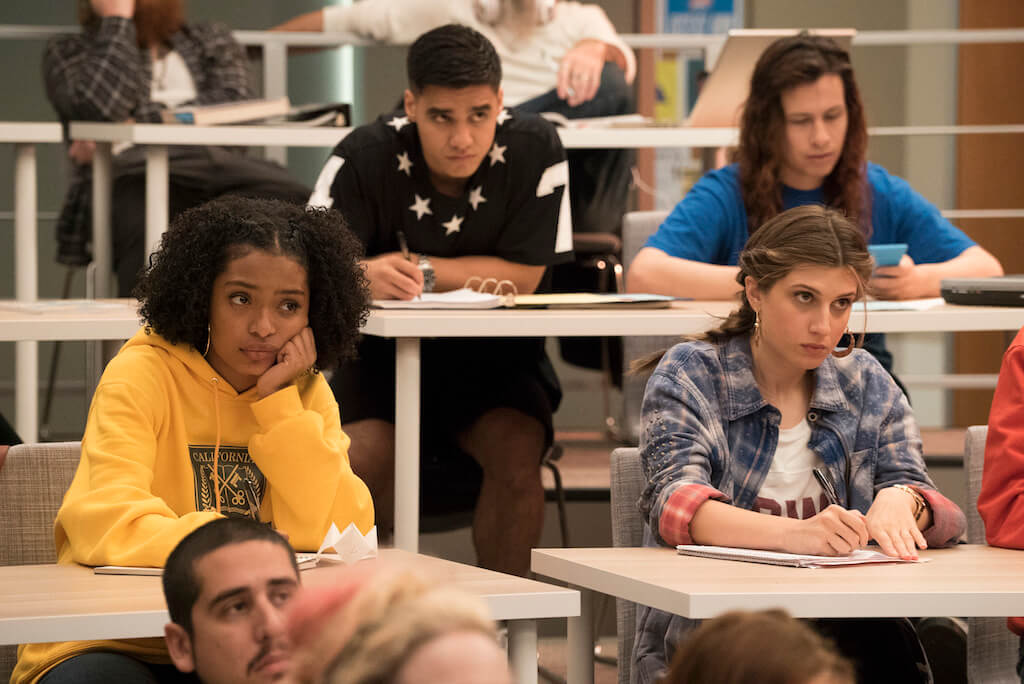 Of course, I had my preconceived ideas of what college looked like and how people at college were supposed to act. This especially applied to the "sorority girl" trope that's plastered in the media. These ideas and stereotypes clouded my mind at first, and were truly part of the reason I began feeling so alone at school. But, in actuality, it was joining my sorority that pulled me out of this murky, unclear vision of my school-self, and gave me the confidence I needed to make the most of the opportunities around me.

Keep scrolling to read more about what I learned from being a sorority girl, and what you need to know if you're considering it.

I hadn't expected the recruitment process alone to already be so foundational, formative, and empowering. Unlike the scary misconceptions normalized by throwback movies like Sidney White, the sisters didn't feel judgmental and superficial, nor were they picking out only legacy potential new members. Chatting with current sorority girls helped me gain a deeper perspective into what individual organizations had to offer. It was actually the other potential new members, though, that truly made the experience so unique.

Recruitment week connected me with other women from across campus that I may have otherwise not met. Plus, they were so extremely supportive every night that we were invited back. We shared each other's anxiety, but laughed away the jitters together.

Formal recruitment week isn't your only chance to join a Panhellenic sorority on campus, though, so don't sweat it if you miss that week or don't make it to Bid Day! Informal recruitment happens year 'round on most campuses, so if you have an interest in joining a certain organization, don't be afraid to make that known. Oh, and now that I've been through the process on both sides, don't forget that the sisters are seriously just as nervous to meet you!

Once I received my bid (which is like an invite) to Kappa Delta Sorority, I was over the moon. While the Bid Day festivities were so totally awesome, what was even more interesting was the next couple months of the new member process. Every organization's new member process looks different, but it's so important to know that hazing is universally banned across all Panhellenic sororities and that rule is strictly enforced.

Even though they told us the rules against hazing on my first day as a new member, I wasn't so sure if I believed it. After all, my only experience with sororities was through the mainstream media, which didn't always paint them the best. Plus, the reality of hazing can't be totally ignored; it does happen in rare circumstances and appears in the news on occasion. I made a promise to myself from the moment I received my bid that I would not let myself undergo any sort of hazing. I swore that the moment I felt uncomfortable, I was leaving and I was reporting it.

It turned out our chapter was full of campus leaders, so that helped ease any of my hazing concerns. As we went through the new member process, I never once was made to feel uncomfortable, and didn't experience anything close to hazing.

Actually, the whole process was a form of bonding and a way to help us understand the commitment we were making. We learned about the history of our national organization and the values we, as Kappa Deltas, were expected to uphold. This period of time was when I truly began feeling connected to the women around me.

The new member process ended with initiation, and while I can't say too much about what happened, I can promise it was full of love and peace. Initiations and rituals for sororities are super secret, and being in on the secret is part of what binds us as sisters.

It's Not Always Picture Perfect

Even though sorority Instagrams are full of perfect aesthetics, social media is just a highlight reel. After getting through the first couple months of bliss with my pledge class, I became an active sister at Eta Iota chapter! While I was elated, I also suddenly found myself upholding lots of responsibility.

When you're part of a sisterhood, you have a duty to each other and to your organization. This means that there are absolutely time commitments and rules that you follow. One of those that I wasn't necessarily expecting were the social media rules.

For my organization, those was really just guidelines on how to present the best version of ourselves online and showcase what future employers would want to see from us. While some people find the rules invasive or pesky, there's also a general understanding that the guidelines are set by your chapter—meaning you can work with other sisters to change and alter them as necessary. The goal with the rules isn't to be restrictive, but rather help you use social media as a personal branding tool for employment one day. Professional development is one of the many perks of Greek life.

It wasn't just the social media rules that felt strange to me. Sometimes I still felt alone, which wasn't what I was expecting when I joined the organization. I learned quickly that joining a sorority wasn't a cure to college blues. My sisterhood still had cliques and fighting on occasion. At first, this really bothered me. I came to believe I was signing up for perfection.

But my sisters and myself are real people. We're going to fight sometimes. We won't always agree with every decision. We may not even be close to every single sister in the chapter (especially when there are over 100 of us!). That doesn't mean we won't be there to support each other when we need it and it certainly doesn't mean we don't feel love for the sisters in our circle.

Despite anything else, I've learned that I do feel truly connected to my organization, both locally and nationally. My sorority is enriched, defined and connected by our core values.

For my organization, that centers around building confidence, inspiring action, and more. For other organizations, it might look different. When going through recruitment, it's so important to find an organization that aligns with who you are. And if none of the organizations on your campus align with your values, that's okay, too! You don't have to join a sorority to be successful, it's just one of many tools for empowerment for some women.

Kappa Delta's core values, though, have bound me to the women in my chapter for life. It's also connected me to women across the country, many who I haven't even met yet. Nothing is more special than meeting women in all sorts of different settings (concerts, conferences, airports, and more) and finding out that they're also Kappa Deltas. Those moments and connections have brought friendships into my life that I never would have thought possible. It's a beautiful thing to meet a sister because instantly you know that you can trust them and their values.

It doesn't end after four years in college, either. Once I graduate, I'll be welcomed into our network of alumnae worldwide. Plus, I'll always hold the memories, lessons, and values of Kappa Delta in my heart to guide every decision that I make.

Need more college content? If you're curious about what to expect during your first university football game, click HERE!