When the team at Quarto Publishing sent me a book called Star Wars Origami, I was eager to dig in and start folding some of my favorite Star Wars ships and creatures.

Little did I know, I was way in over my head.

Star Wars Origami is a book that includes everything you need to fold some truly stunning paper art—if you have the skills for it.

The book gives instructions for 10 different Star Wars origami patterns, featuring foldable characters such as BB-8 and the Luggabeast, as well as ships including the Millennium Falcon and Rey's speeder. It also includes 60 pages of gorgeously printed origami paper, so that your artworks will look just right when the folding is done. Or that's the plan, anyway. 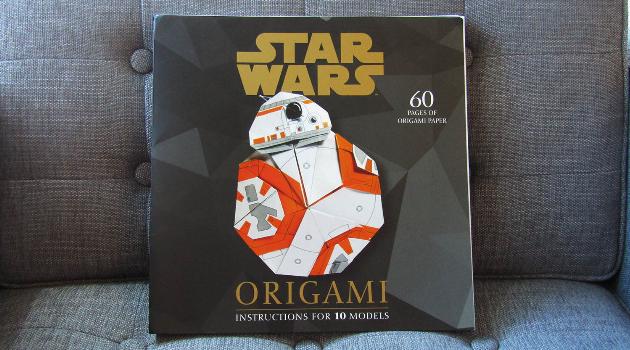 Before I sat down to fold my own Star Wars-themed origami, I opened the book and scanned over the symbols and folding techniques listed in its opening pages. The folds were grouped into "basic," "intermediate" and "complex" categories, though even the intermediate folds tripped me up a bit. The book also listed a piece of advice about the perseverance and patience needed to perfect certain origami skills. Like the Force, you don't just become an expert in a day.

Historically, I've been okay at origami. I can usually fold a super basic crane or paper balloon from memory, though more complicated folds have eluded me. I wondered if I'd be able to fold anything in the book, but I was determined to try.

Maybe I was too ambitious because I started with attempting the BB-8 fold. The white, black and orange paper looked incredible, and the folds were going pretty well—at first. 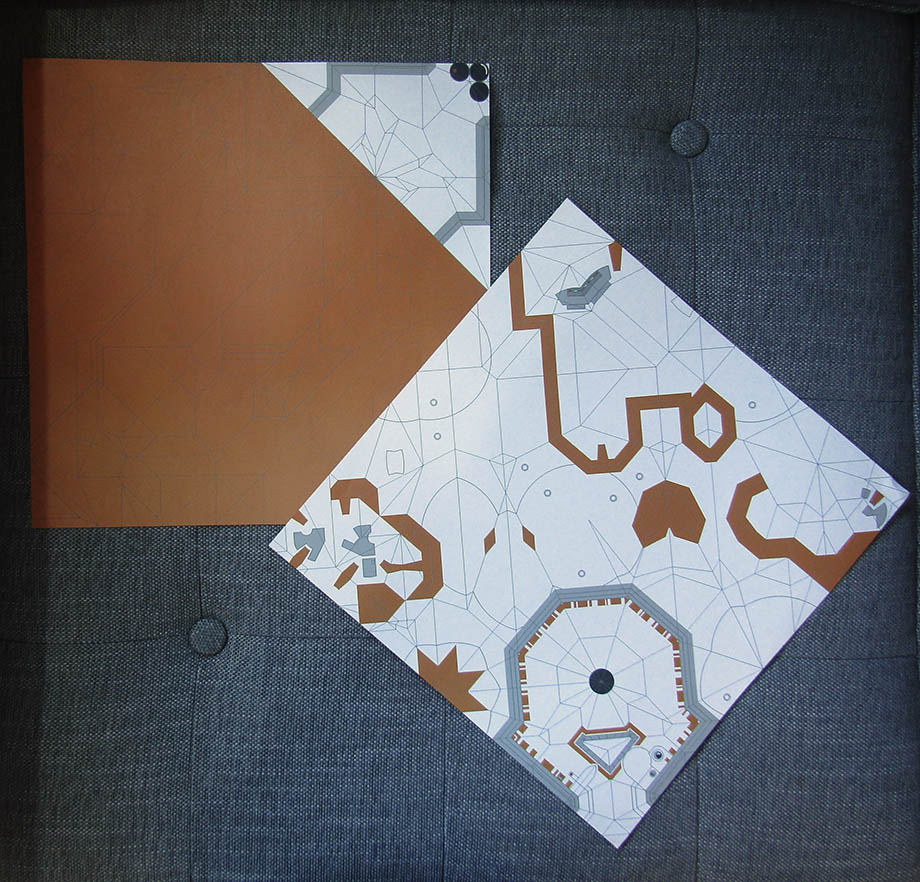 There were points where I wasn't quite sure if I was doing the right thing, and by the time I got to step 35, I was completely lost. The tricky thing about origami is that if you make bad folds in the paper, it gets tougher to work with—and my paper became a multi-folded mess. 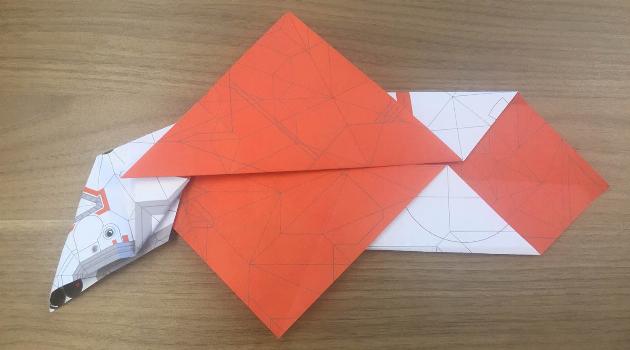 I turned to the internet to see some of the folds in action, but I still found the steps pretty demanding. Seeing as there were 159 steps total, I decided to give that a break and try something else in the meantime.

Next up, I tried my hand at creating the Millennium Falcon. Again, I was enticed by the awesomely patterned origami paper, and I thought it would be really cool to have an origami Falcon at the end of the day. 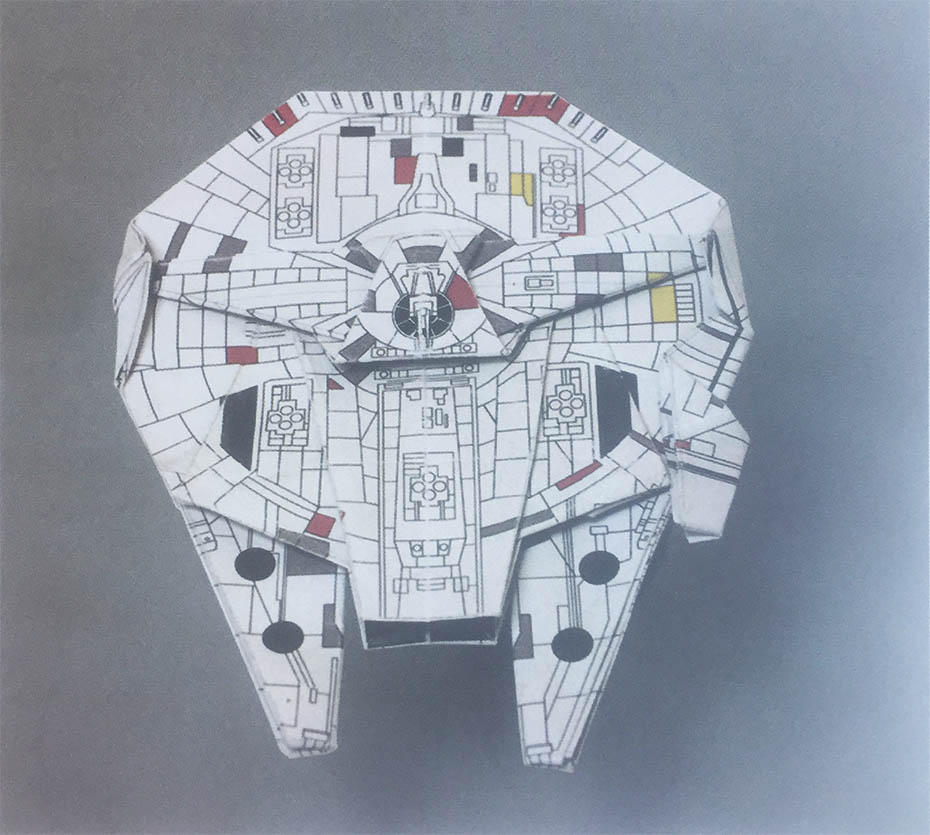 However, I ran into problems again—this time after just 16 steps. This fold had 115 total steps, so I put that away too, for now.

Not wanting to fail completely, I flipped through the book in search of the shortest, easiest model, landing upon Rey's speeder. 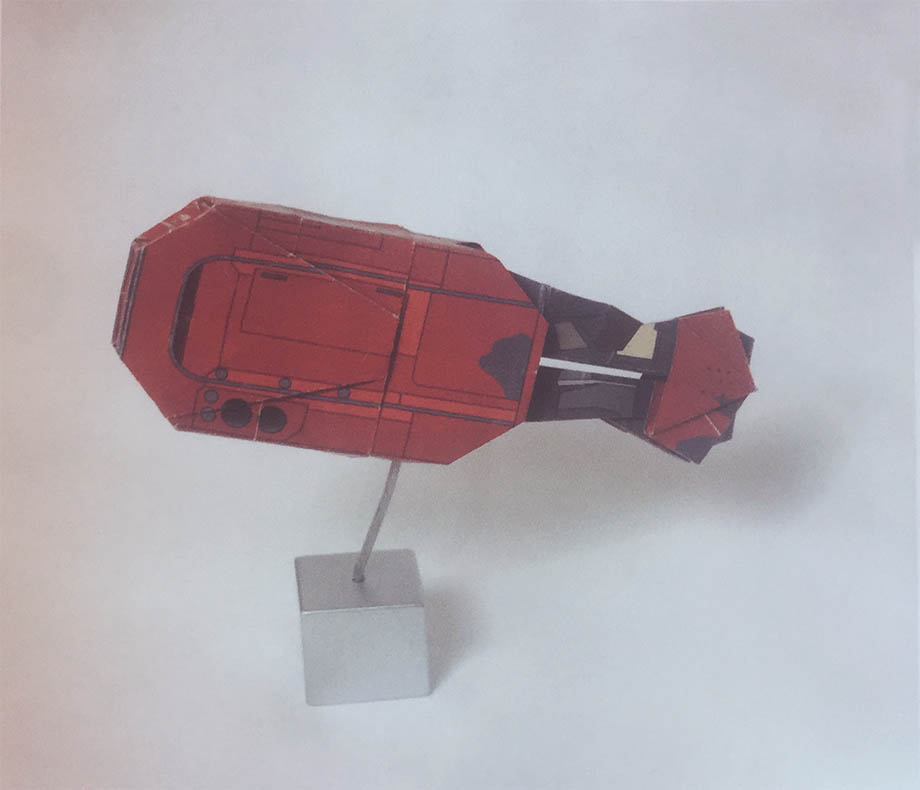 This time, I made sure I was patient and tried not to make any folds until I was entirely sure what I'm doing. A couple of times I had to guess to move forward, but I was determined that this one would work out. After the 58 steps listed in the book, I had something. It didn't look quite like the piece in the book (a couple of steps totally confounded me), but at least I had something to show for it. I'm not feeling much more confident about retrying the other two—but I'm going to give it a little bit of a break first. 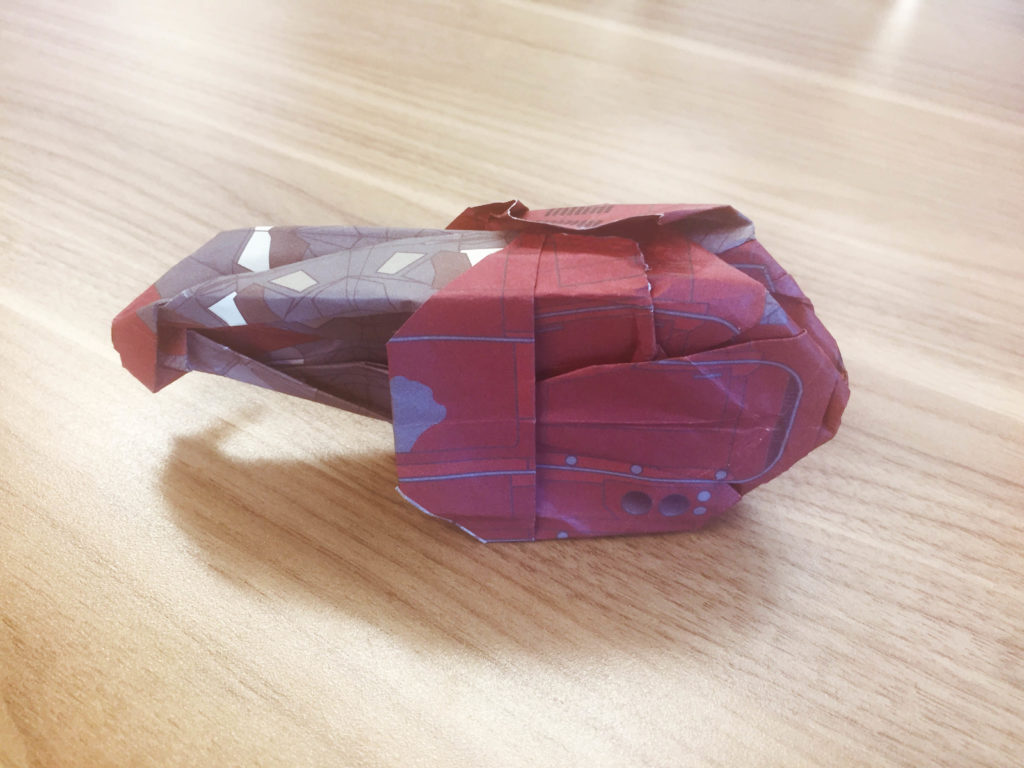 Star Wars Origami is for dedicated fans and people who get origami. Sometimes, I think it's about being in the right mindset so that the different elements just click with you. It's also good to practice tricky folds on normal paper first, and I love that origami is a skill that's learned slowly over time, much like training in the way of the Force.

At the end of three attempts, I was left with one semi-success, and that's good enough for me. Even though I found these guides really tricky, the illustrations and directions are super useful, and way better than guides I've tried to follow online in the past. Thankfully, I have all the time in the world to try again and again—and plenty of great origami paper, too. The book retails for $24.99.

If you're on the lookout for a simpler Star Wars project, click HERE to find out why we thought of the awesomely gross Jabba Slime Kit.