Stranger Things Memes to Help You Make It to Season 3

We're not at all ashamed of admitting that we're totally obsessed with Stranger Things. 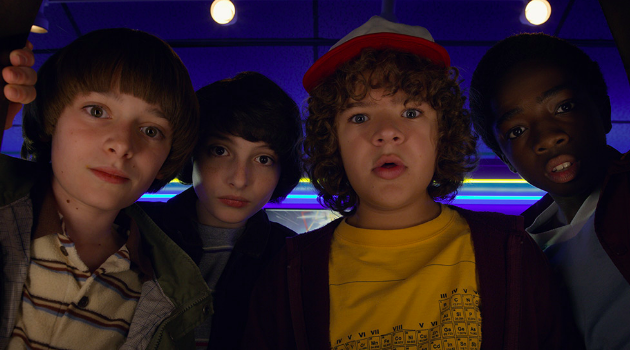 In fact, our only problem with the Netflix series is how long we have to wait until the premiere of season 3.

Even though we might not get new episodes until 2019, we still have to get our Stranger Things fix somehow, so keep scrolling for 14 memes that will help you make it to season 3.

We all know it's the truth:

This is all you need to do to catch our attention:

Millie Bobby Brown is everything:

Mike, we trusted you:

me when mike didn't notice El because of Max #StrangerThings pic.twitter.com/0wEUDbqDUz

Still not over this moment honestly:

Me @ Steve in #StrangerThings pic.twitter.com/fycbre90AY

Why would we go outside when we could keep re-watching Stranger Things?

Everyone who didn't dance with Dustin is dead to us:

Anyone else shouting at their screens telling Dustin you'll dance with him?
Yeah… Me neither ???? ????#StrangerThings #StrangerThingsS2 pic.twitter.com/UEwHxyHXNI

Just like Eleven, we're also haunted by our past:

Now we know why Dustin didn't get the girl:

Well, this definitely alters the storyline: