We might all be sleeping with the lights on after Stranger Things Season 3 finally comes out.

The show has been plenty creepy so far, but Sadie Sink, who joined the Netflix series as Max in Season 2, recently warned during an ET interview on the 2018 Emmys red carpet that the upcoming season takes it up a notch.

In fact, she said it's the "scariest and darkest yet."

"I feel like each year, it just kind of gets darker and scarier," Sadie told ET. "Season 3 is definitely the scariest and darkest yet."

Sadie would know. The cast is currently shooting the new, "scarier" episodes, and she said they're "very deep into production right now." From what she's seen, the actress says Season 3 is her favorite so far. 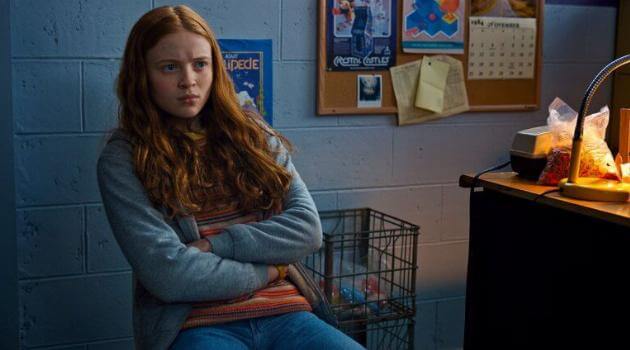 It definitely sounds like it will be interesting. Not only is it supposed to be dark and scary, like Sadie says, there are also going to be fun, light elements. Her co-star Finn Wolfhard (Mike) previously told Us Weekly that it will be "the summer of love" in Hawkins. It sounds like a recipe for another addicting season.

You've got some time to prepare yourself. Stranger Things Season 3 doesn't premiere until Summer 2019.

How big of a Stranger Things fan are you? Click HERE to see if you can pass our quiz by identifying characters using only tiny details.