Honored to take the #VMAs stage as your video #VANGUARD award recipient LIVE from NYC on August 28! pic.twitter.com/Yk0RMH2ODr

Can you believe it's been a decade since Rihanna first came out with "Pon de Replay" 10 years ago? And since then, she's reached 27 top 10 singles on the Hot 100, and her YouTube page has racked up 9.6 billion video views.

Needless to say, she's been a mainstay on the MTV VMAs' red carpet for quite some time, and this award is totally deserved. So, to celebrate this career milestone, we've rounded up the superstar's most show-stopping moments ever at the VMAs.

Hands down our fave look. Rihanna suited up in a cropped leather jacket and black jeans to perform at the 2008 VMAs. This look gives us major Halle Berry vibes, and we're loving it–especially the cool pompadour hairstyle and retro aviators. 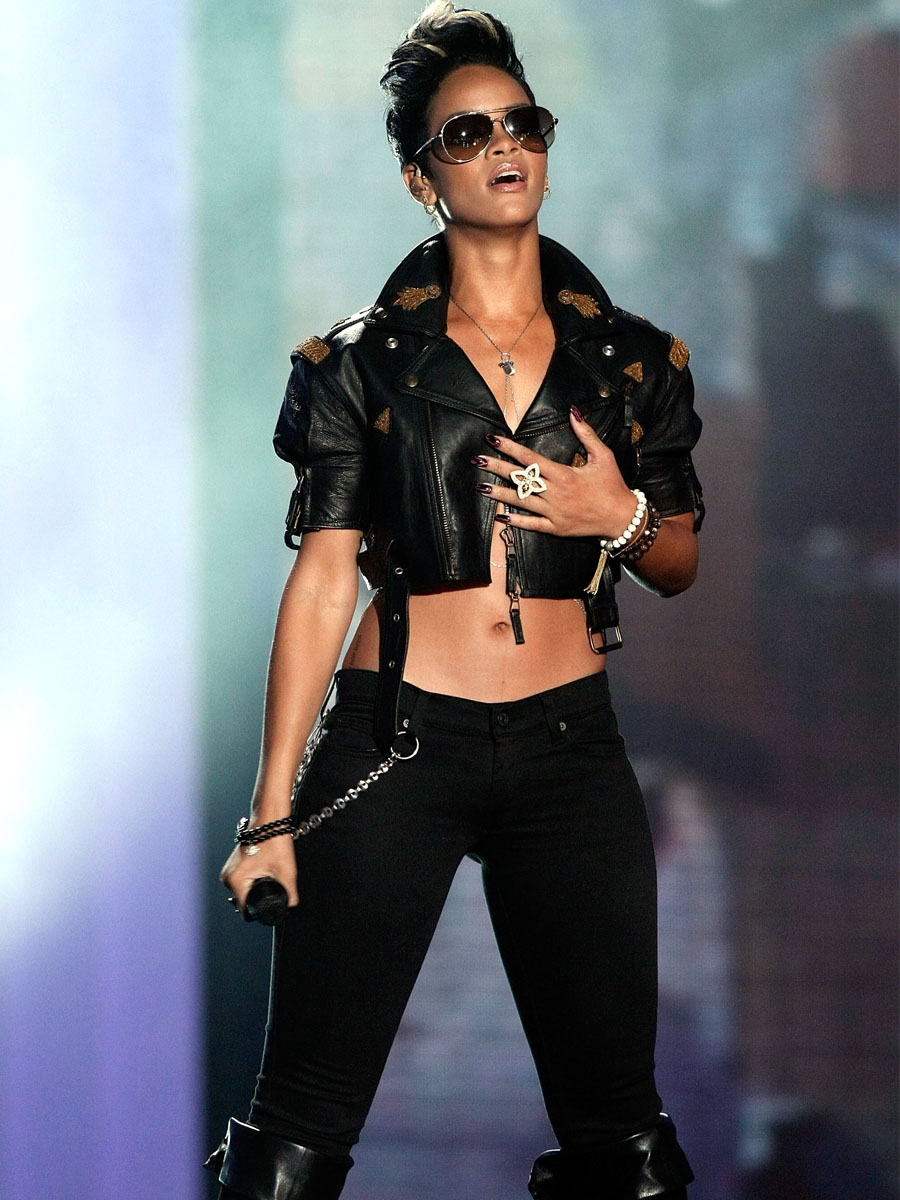 If there is one lady who can make a satin, hot pink mermaid gown work, it's RiRi. This Armani Prive gown, trimmed in black, would make the perfect prom dress, don't you think? Rihanna wore this bold look to the 2007 VMAs, with an equally chic asymmetrical bob to match. 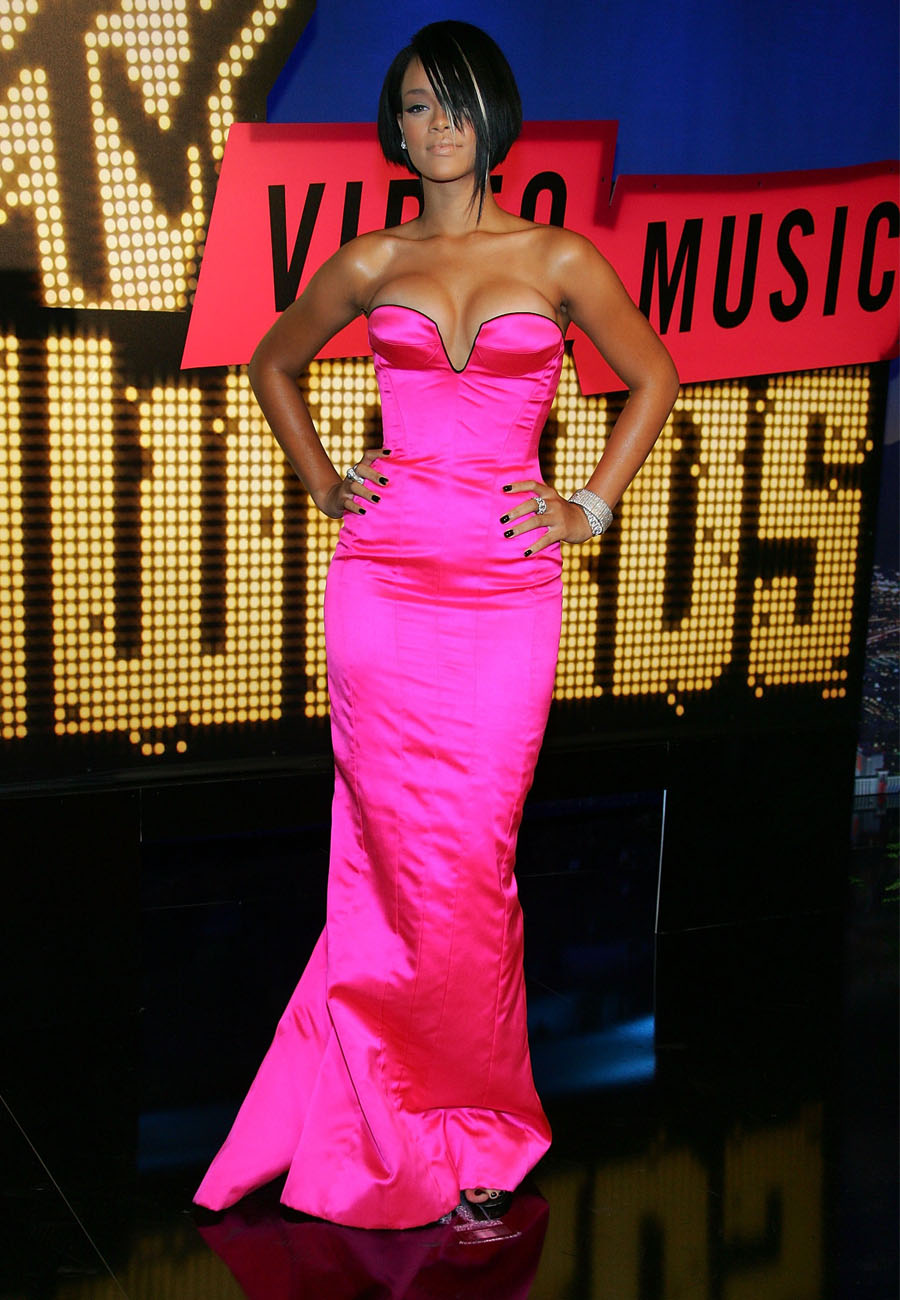 In 2007, Rihanna sported a shrunken tuxedo blazer, hot pants, and a studded fedora to perform "Umbrella" with Chris Brown. Rihanna is proof that the borrowed-from-the-boys look is always a good idea. 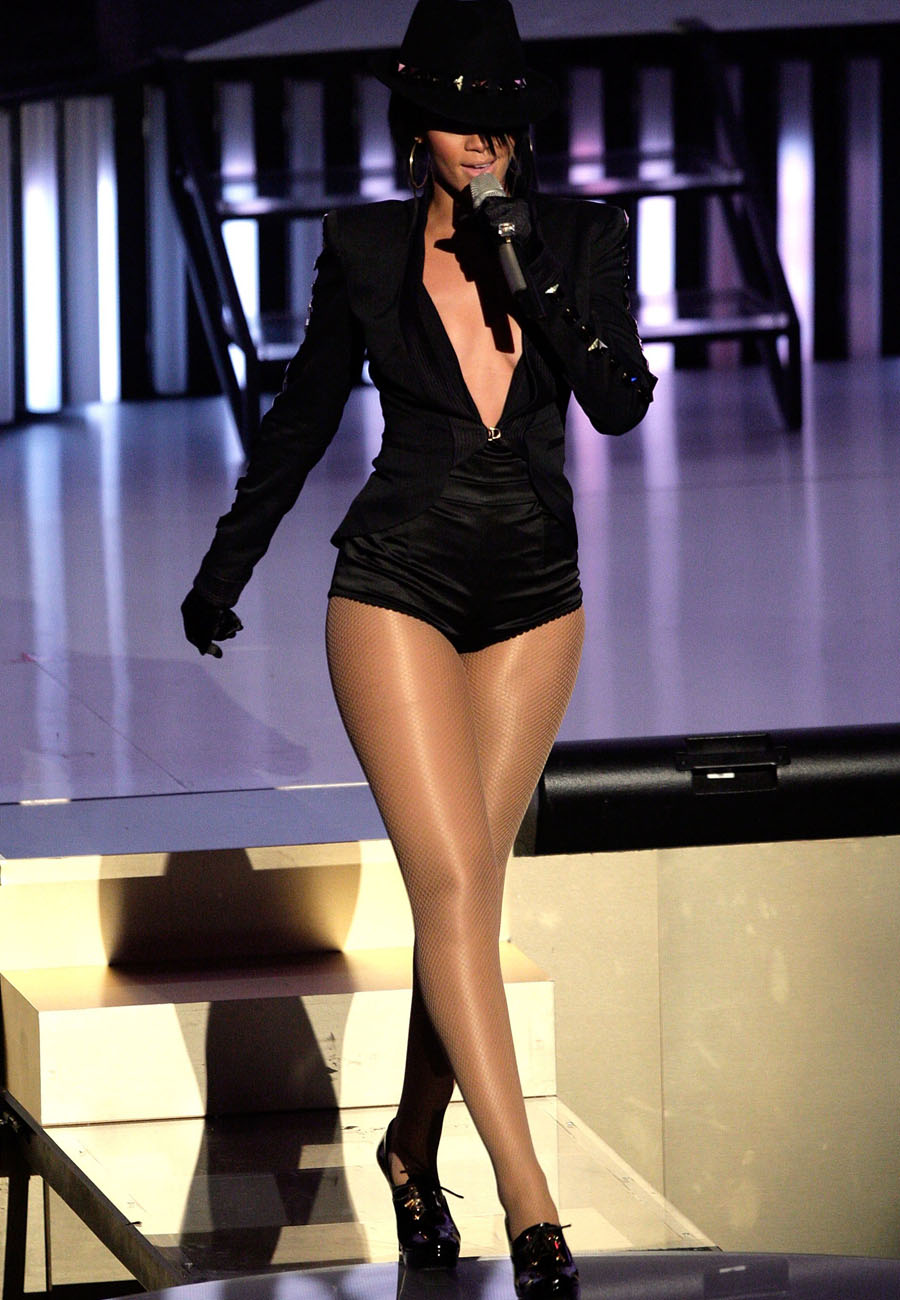 White on the red carpet–for some reason–has gotten a bad rep over the years. Whoever still sticks to silly fashion rules like that clearly hasn't seen Rihanna in this open-back, Adam Selman gown at the 2012 VMAs. From the minimal silhouette, to the red lip, to the super short hairstyle, we are living for this. 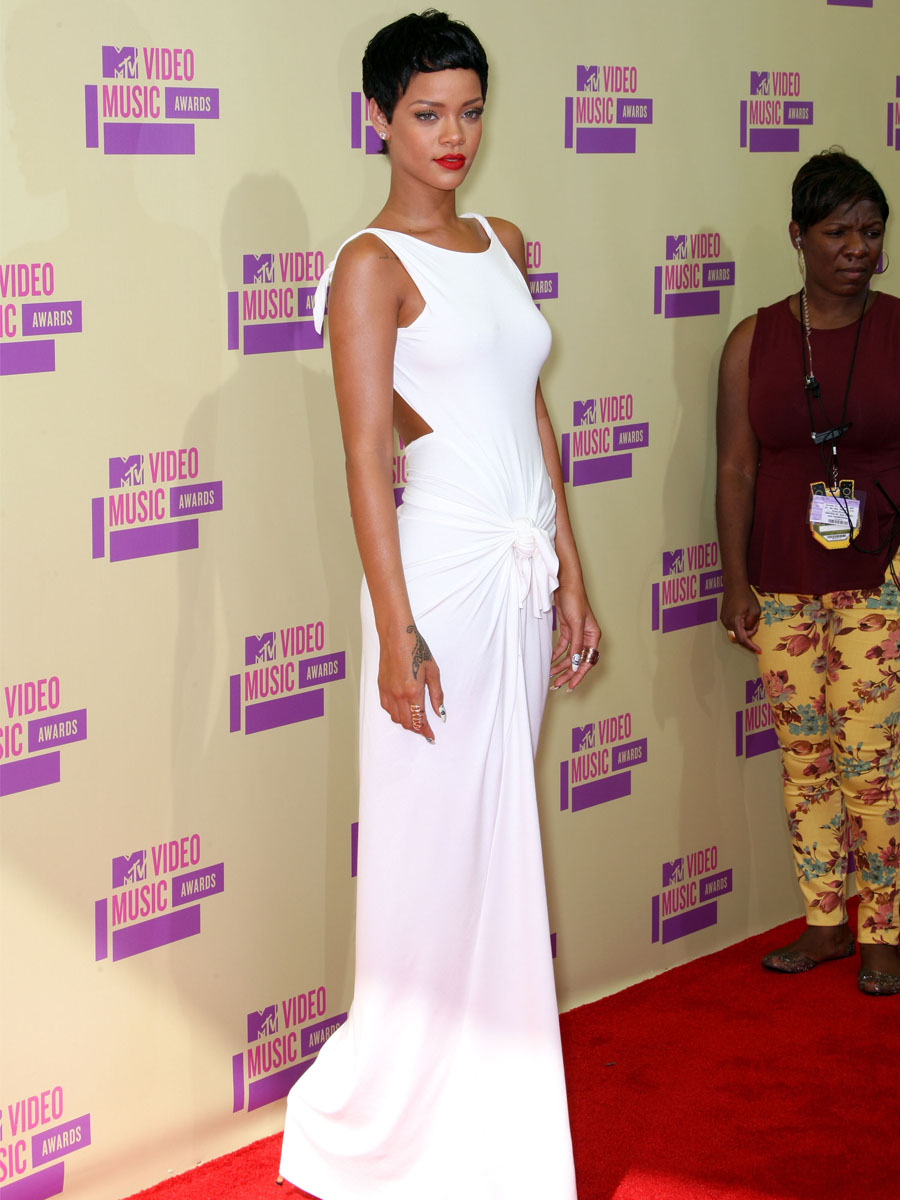 Wearing a bright color from head-to-toe isn't the easiest to pull off, but of course, Rihanna can work it in all red like a total pro! She opened the 2012 VMAs in a sheer red top, bralet, pants and printed turban. The only things not red? Her gold chain necklace, black Jordans, vampy lip–and the gold mic. 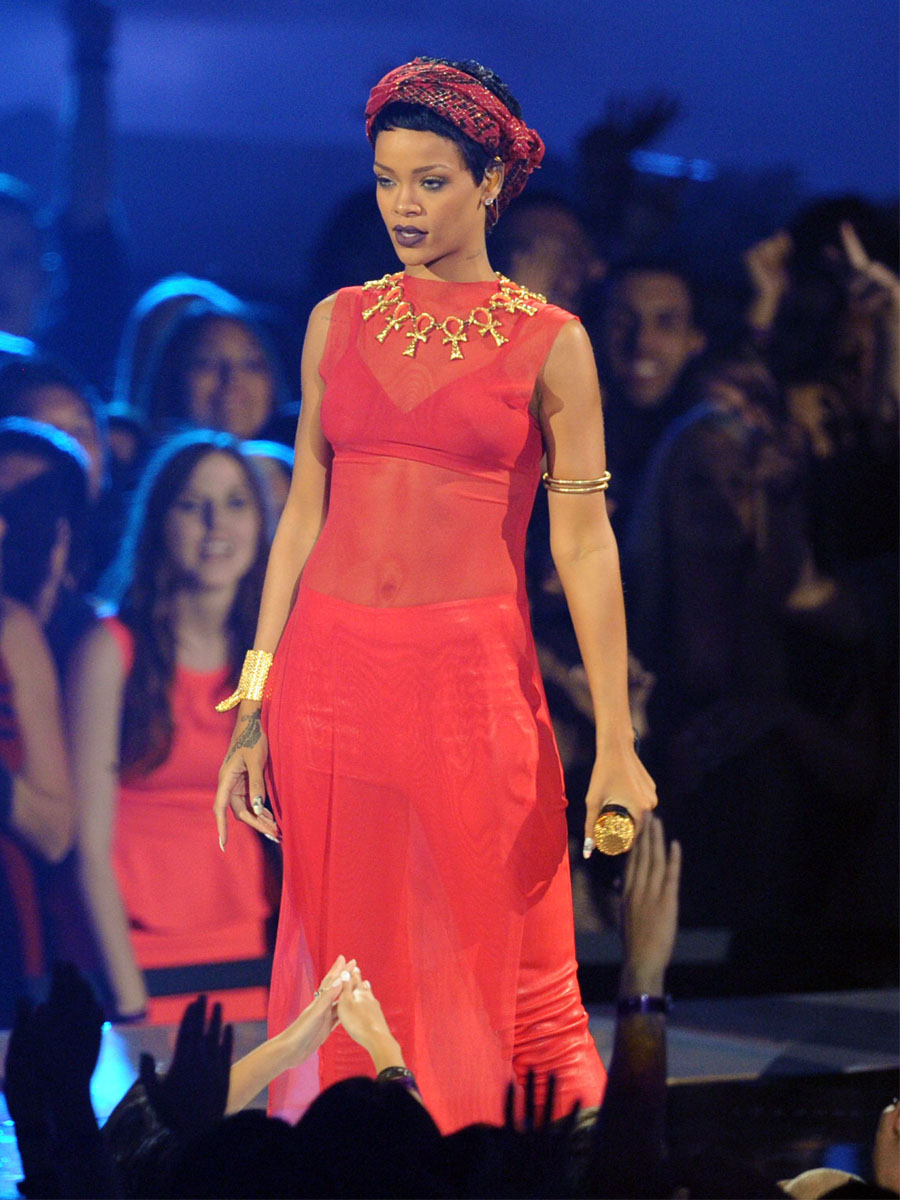 If Carrie Bradshaw from Sex and the City and Madonna from "Like a Virgin" combined fashion minds and put together an outfit, this would be the result. Rihanna selected a ballerina pink lingerie top and poufy, tulle skirt to perform at the 2010 VMAs. 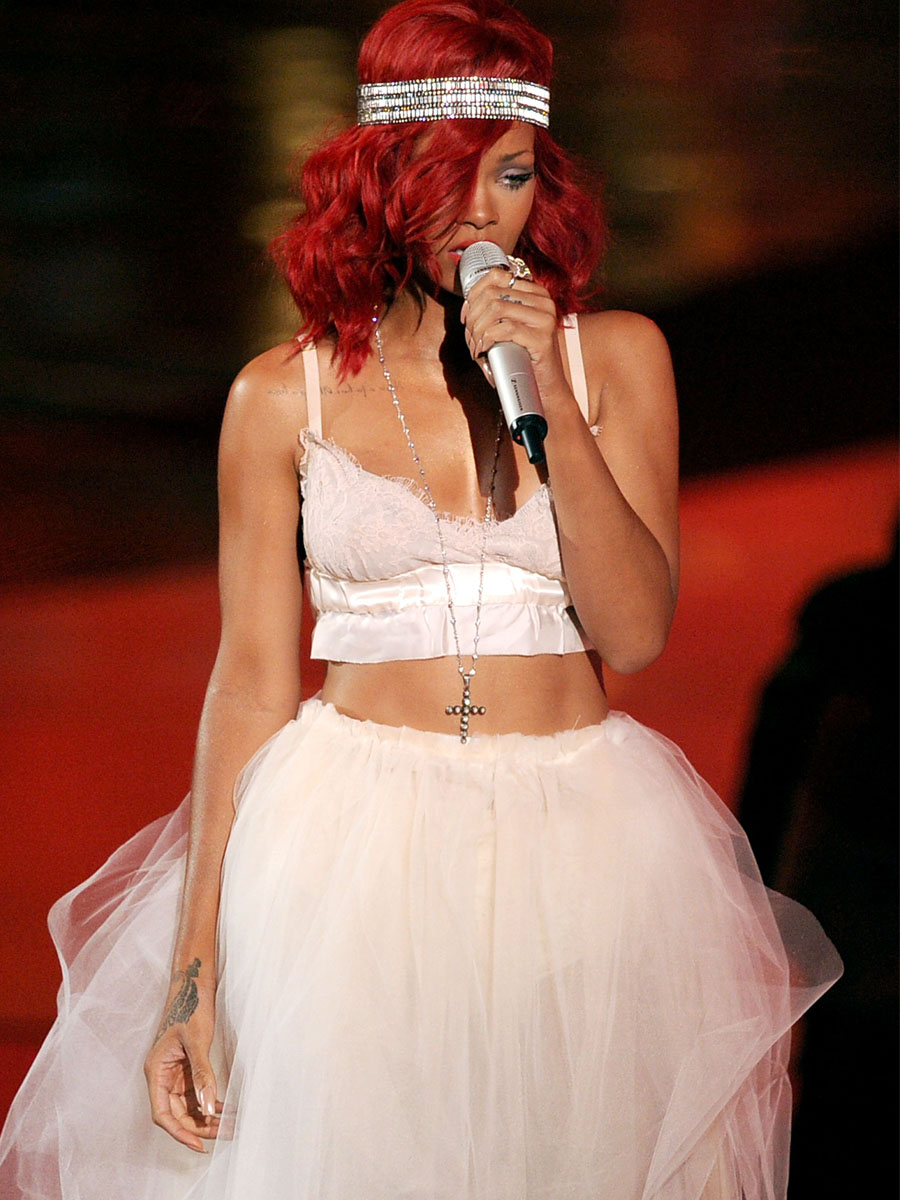 Rihanna is always making a statement with her fashion choices, so sometimes, her most subdued outfits are the most unexpected. At the 2008 VMAs, RiRi looked fab and walked the red carpet in a simple black bustier, gold and black skirt and white T-strap heels. 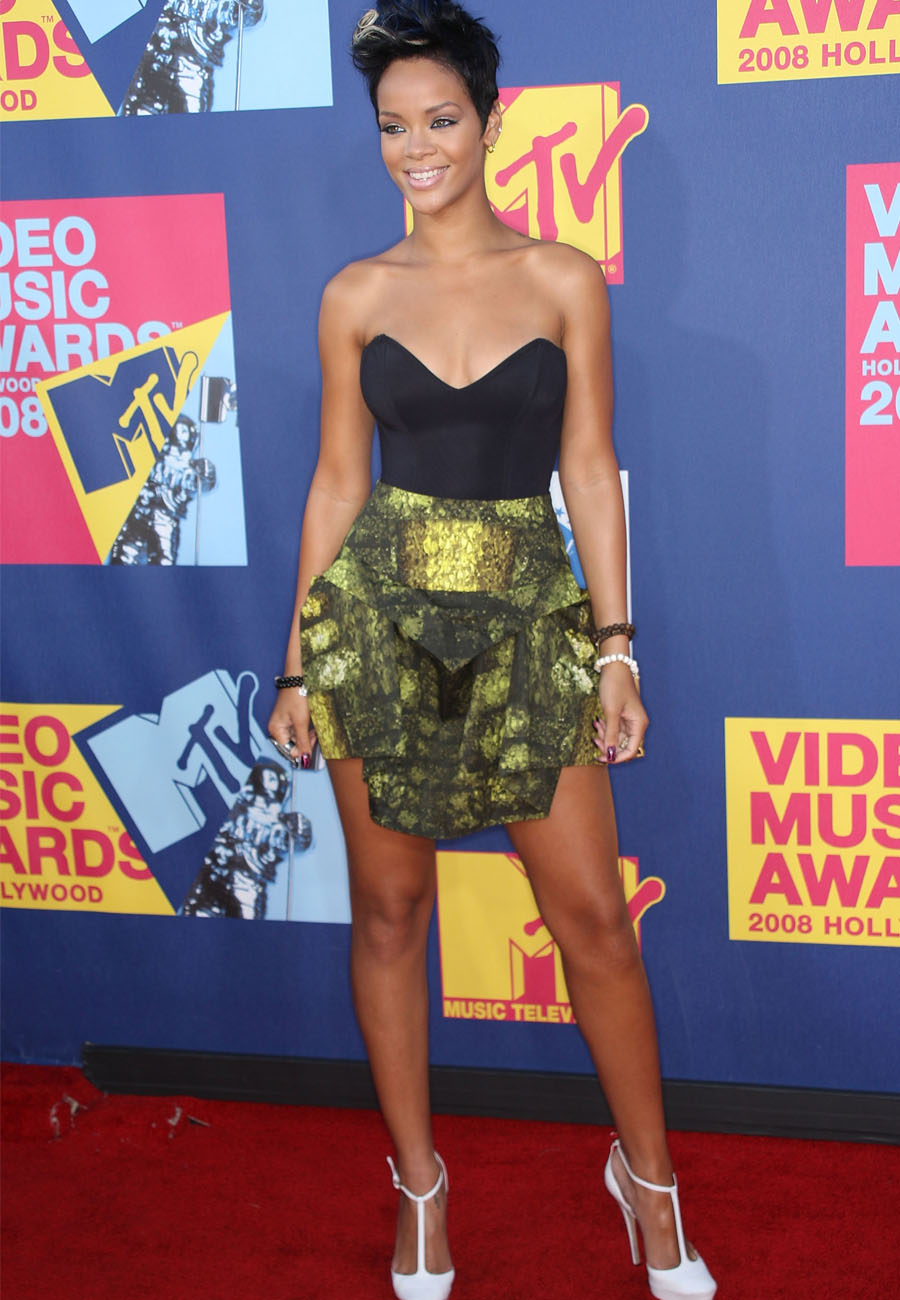 Okay, we're not sure what we like more, Rihanna's laid back outfit at the 2013 VMAs, or the fact that Harry Styles snuck his gorgeous self into a photo opp. It's nice to see a more relaxed, off-duty side from Rihanna in a printed tee and jeans. But, because it was an awards show, she upped the bling with a killer choker and cuffs. 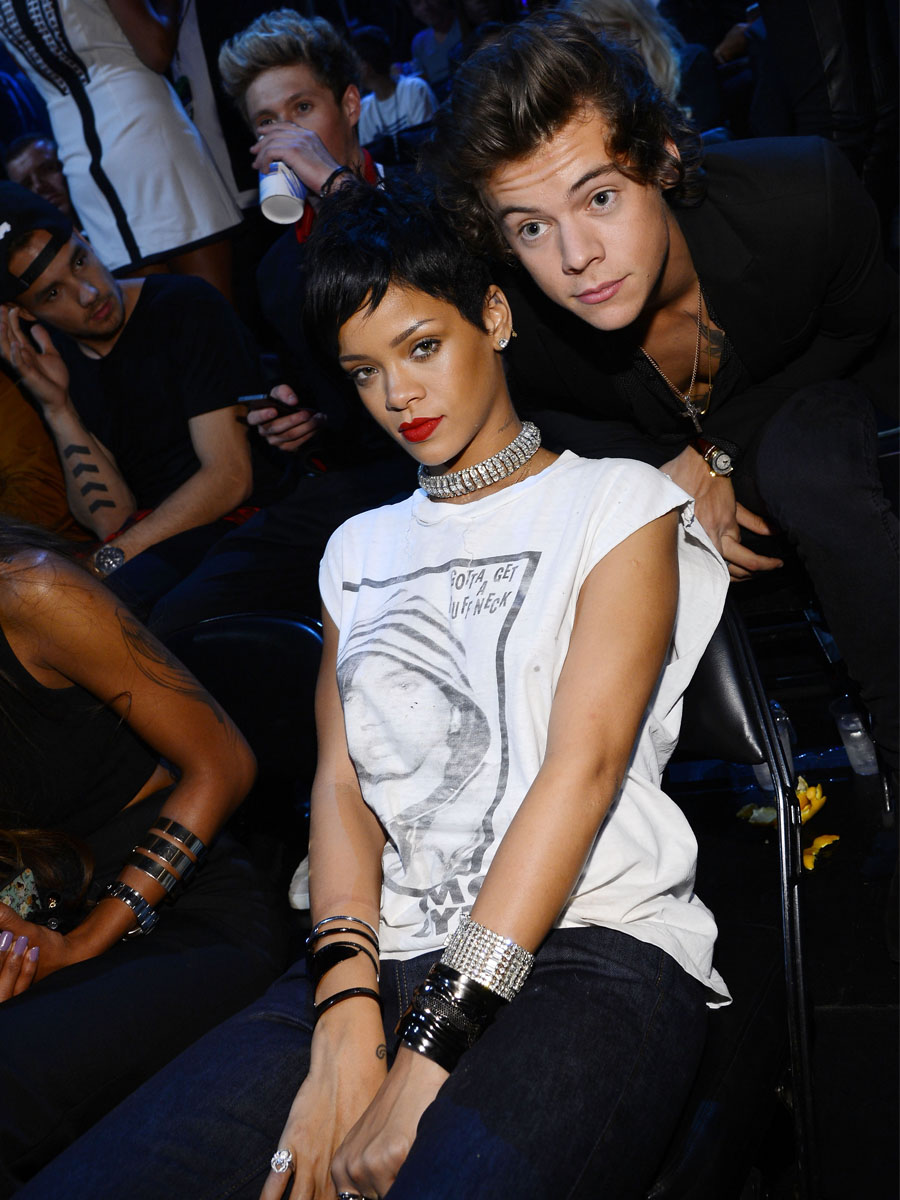 We can't wait to see what Rihanna and the rest of the stars wear at the 2016 VMAs! For more music fun, check out our ranking of the nine best five-member music groups throughout history HERE.