We truly believe that there isn't anything that model, actress and singer-songwriter Suki Waterhouse can't do.

Earlier this year, she released her stunning retro-pop debut album I Can't Let Go, and she's currently on a North American tour with the wonderful Father John Misty through Oct. 8, giving her fans a chance to experience that new music live for the very first time. She also recently teamed up with the animal-free dairy ice cream brand Brave Robot to spread the word about their incredible summer giveaway, with winners taking home a Tesla Model 3 and solar charging station. We got the chance to hop on a call with Suki to learn not just about her new music and what it means to her, but also Brave Robot, what makes their ice cream so special and why she just had to get involved with this incredible giveaway.

Sweety High: You're currently on tour, after dropping your debut album earlier this year! How does it feel to have that music out in the world and to be able to perform it for fans for the first time?

Suki Waterhouse: I honestly don't know if it's going to sink in for a while! It's a really beautiful experience. I made the album over the course of a little bit over a year, but it feels like there was a long, long waiting period just dreaming and dreaming that I would actually be able to get to the point where I've made an album, and then everything kind of happened fairly quickly. And now I'm on tour? It's so cool.

SH: How do you feel that body of music represents where you are in life right now?

SW: I see all of the songs on I Can't Let Go as witnesses to moments in my life and my early 20s. They help me occupy a reality in myself that I didn't really have for a long time. I worked very intensely and had my early 20s quite in public, and I went through a lot of quite difficult things. Writing music was a private thing at the time, before I finally built up the courage to put out a song. Making music was everything to me, and it was something that I could do to actually figure out what was happening inside myself and dream of a different reality for myself through music. That's what they represent to me.

SH: Is there one particular song that is your favorite to perform onstage?

SH: How were you first introduced to Brave Robot?

SW: I am quite a big fan of animal-free dairy ice cream, so before this, I was already a fan of Brave Robot and how delicious it is. It was a very natural fit when we kind of started speaking together. I was already always at my local Kroger store getting it. 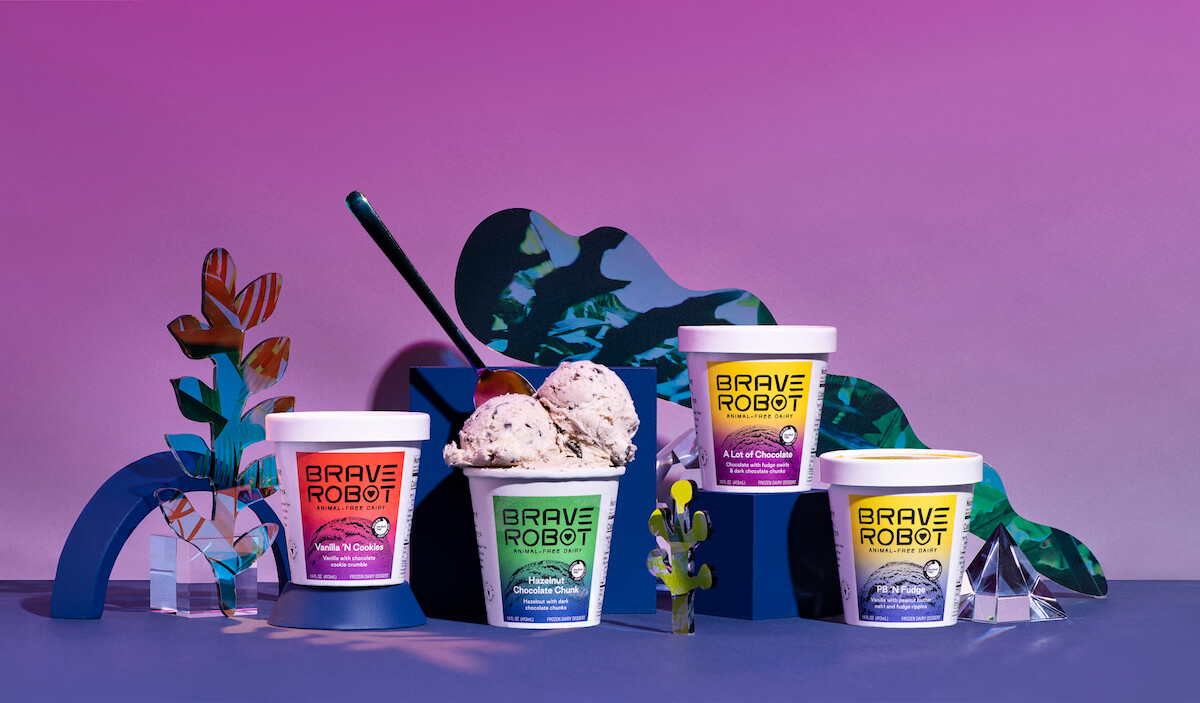 SH: What surprised you most about the brand's ice cream and mission? What do you think makes the brand so special?

SW: I think that when you try Brave Robot for the first time, you just can't believe there's an animal-free dairy ice cream that can taste so good, and at the end of the day, that's what I'm looking for. It's everything I love about traditional dairy ice cream. It's indulgent, it's super creamy. But it has none of the side effects for the environment, and it's also lactose-free, which blows my mind. It's an ice cream that lessens its effects on the environment and tastes so good, and leaves you feeling a lot better as well after you've had a big night on the ice cream.

SH: Can you tell us more about the giveaway?

SW: It's really easy to enter. You go to your local Kroger store and buy the ice cream and go to the Hot Bot Summer Sweepstakes website and you put in your code. I figured out how to do it and told everyone about it, and everyone I know is now waiting on the contest to end. I'm telling all of my friends to go to Kroger stores right now! The prize is a chance to win a Tesla. I think they're giving away three of them. But the chance to win is ending on Sep. 18, so we don't have that long!

SW: So my favorite right now—it's a little bit of a tossup—but I'm going to go with the buttery pecan, which is just a complete orgasm of the mind.

Want to learn more about Brave Robot? Click HERE to check out our taste test of their iconic flavors.