Kirby's back with another adventure on the Nintendo Switch, and it's free.

The game is called Super Kirby Clash, and it's a free-to-start multiplayer action game that pits four Kirbys against evil bosses to rid the world of wickedness. Just in time for the release, Nintendo set me an extra set of pink and green Joy-Cons and an adorable Kirby Amiibo from Planet Robobot to help me experience the game at its fullest. Here's how you can get the most of it, too. 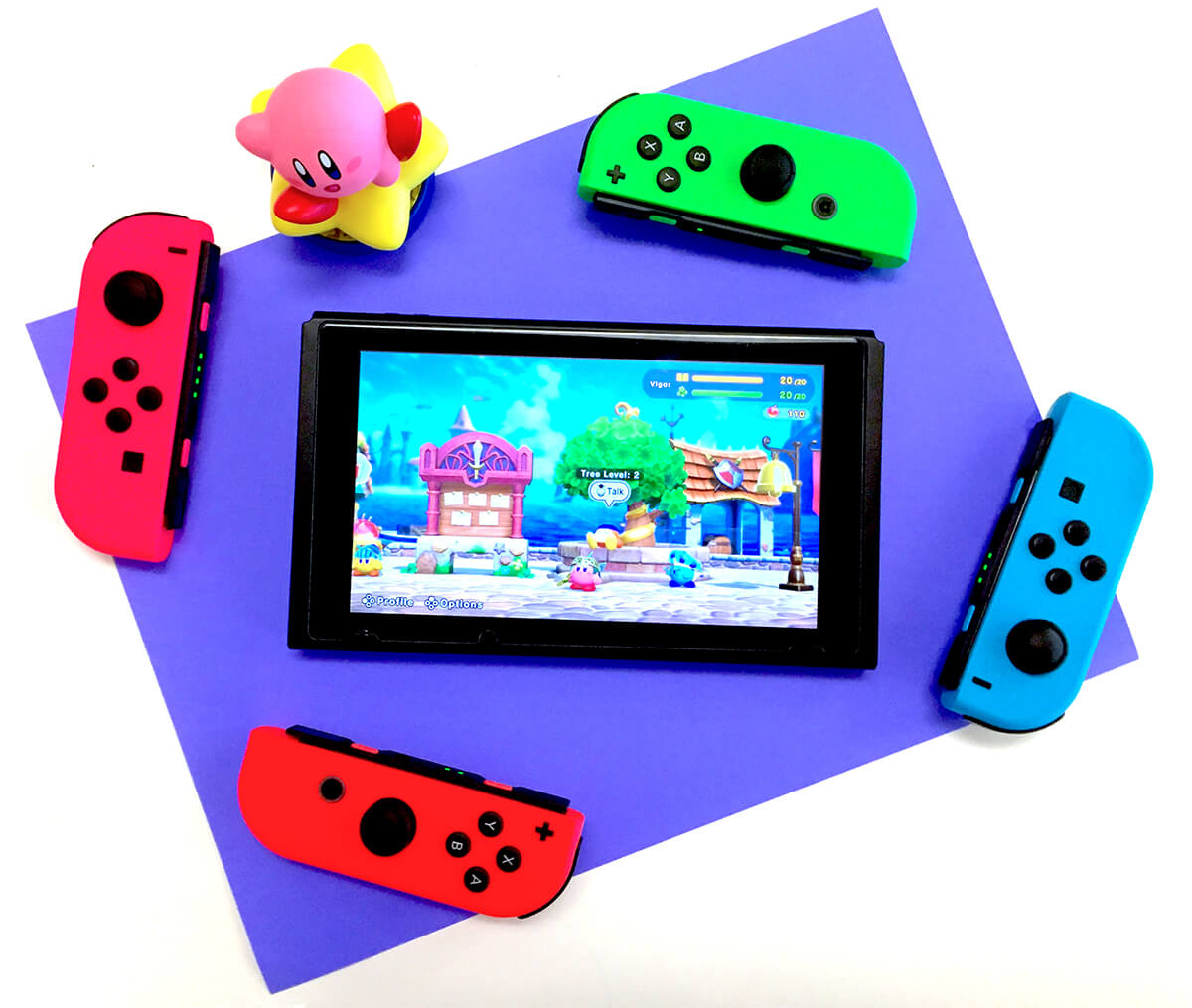 Play to Your Strengths

Super Kirby Clash is all about taking on epic boss fights with the help of three friends. Each battle consists of four Kirbys against at least one tough enemy, but you'll quickly notice that not all of the Kirbys look alike. While Kirbys can come in different colors, the game also features four different classes of fighter, each with its own strengths and weaknesses.

While aesthetic may play into your choice (some of the costumes are downright irresistible), we recommend playing with the class that best suits your own strengths as a player. There's the nimble, blade-wielding Sword Hero, the slow but mighty Hammer Lord, the magic spell-casting Beam Mage and the chemistry expert Doctor Healmore. Each has their own special moves and abilities, and it's a good idea to try them all on for size before settling on a favorite and digging in. 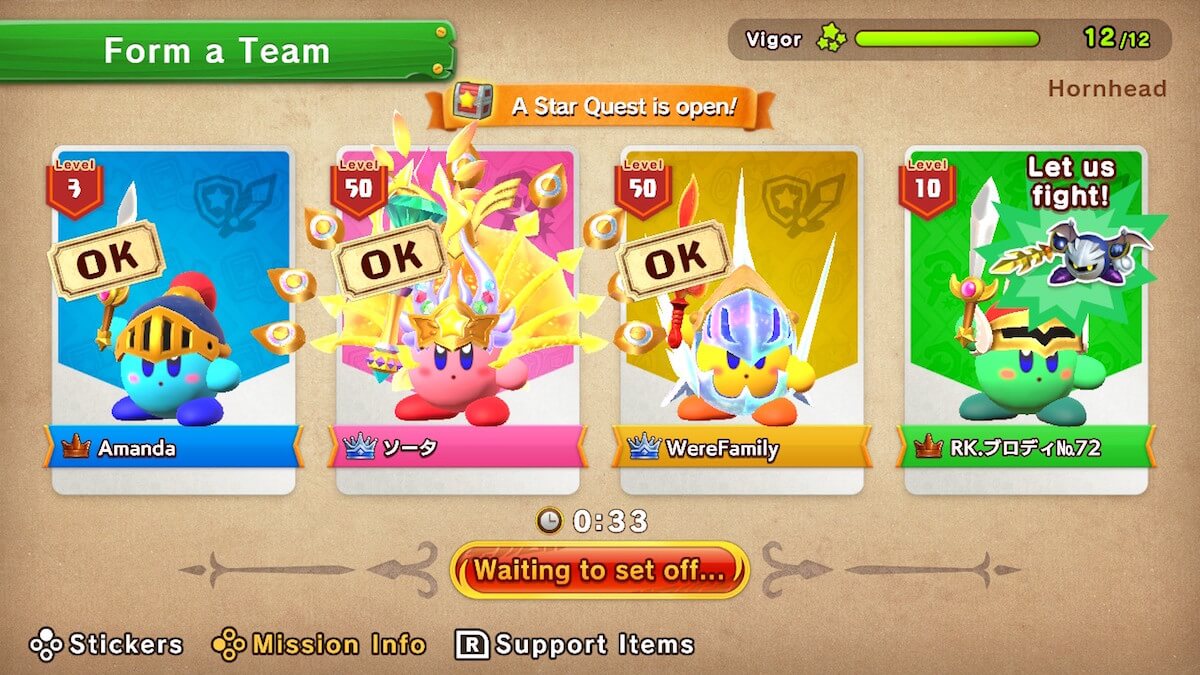 While you can get a lot out of playing with other players online—including handy boosted experience—the game is way more fun when you can play it with a friend (or three) in person. All you need are a couple of extra Joy-Con controllers to make it happen. And as the computer-controlled AI characters aren't always the cleverest, playing with the help of a friend might be just what you need to secure that quest victory that's been eluding you.

Watch Your Vigor and Mix Things Up

Kirby's vigor meters determine whether he has the energy to take on more regular or party quests. When it runs out, you'll have to put the game away for a little bit until the meters can recharge. That's why we recommend swapping between the two as you play, particularly when one meter starts running low. While focusing on standard quests will help you unlock new weapons and armor for your team, the party quests give an experience bonus. This means you'll level up faster playing online—and since leveling up refills the vigor meters, you'll get more opportunities to keep playing. 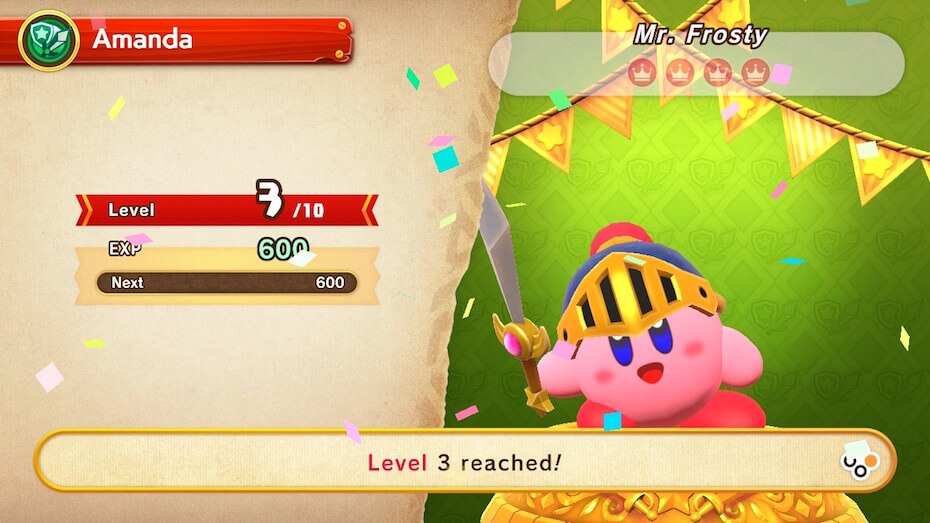 While most of what you can buy in the Support Item shop can only be used once, the positive effects of Codexes are permanent and affect the entire game, so it makes sense to prioritize them if you can. For example, there are Codexes for each individual type of fragment that help you earn better rewards after beating bosses. The Codex of Vigor makes your vigor restore more quickly, so it's also a must.

Speed Battles Up With Power Tablets

Sometimes when you're fighting a boss, they'll start Dropping Power tablets. When all four of the players have picked one up, you'll join together to perform a powerful Team Meteor move. Press the button when it's directly in the center of the screen to inflict the biggest damage and leave your opponent stunned for a while to get in the last hits you need to defeat them.

Gem Apples are the most important currency in Super Kirby Clash and are absolutely necessary if you want to buy new weapons and armor and open new levels. Thankfully, the Gem Apple tree allows you to collect free Gem Apples once every 12 hours, so don't forget to log in and grab them when you can. If you decide to use real money to buy Gem Apples at any point, you may also find that the tree's harvest becomes even more plentiful. 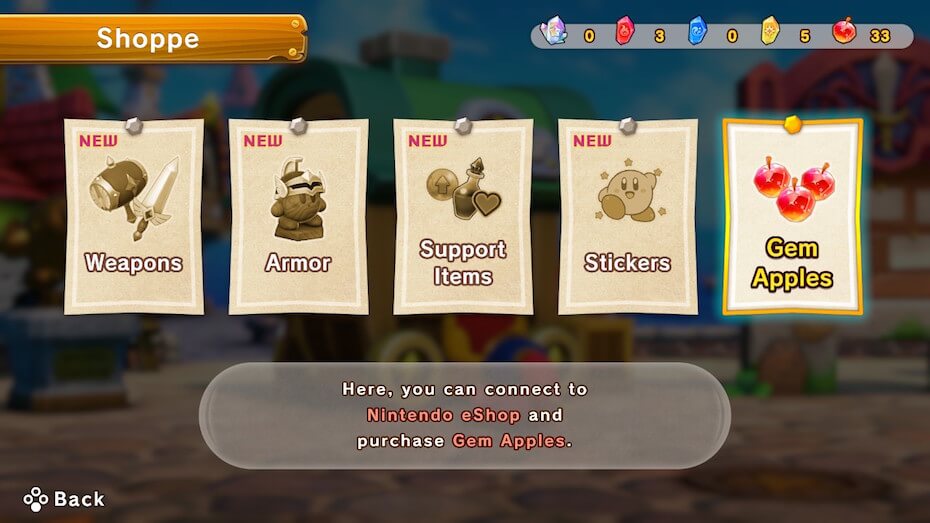 By ringing the Adventurer Bell daily, you not only get gifted with a bunch of free fragments and Gem Apples every day, but you'll also be able to access Wandering Adventurers. If you connect to the internet to summon your Wandering Adventures, you can recruit five powerful foes who can be added to your party when you take on regular quests. They tend to be a lot stronger than the default computer characters, so they're worth befriending when you can.

Every day, Super Kirby Clash allows players to tap five different Amiibo in exchange for fragments, which can go toward purchasing better gear. Kirby Amiibo (like my Planet Robobot buddy) seem to yield the most shards, but you can scan any Amiibo you like to maximize what you earn.

Download the game free today in the Nintendo eShop.