Mario's first app is here, and it's going to be a hit. 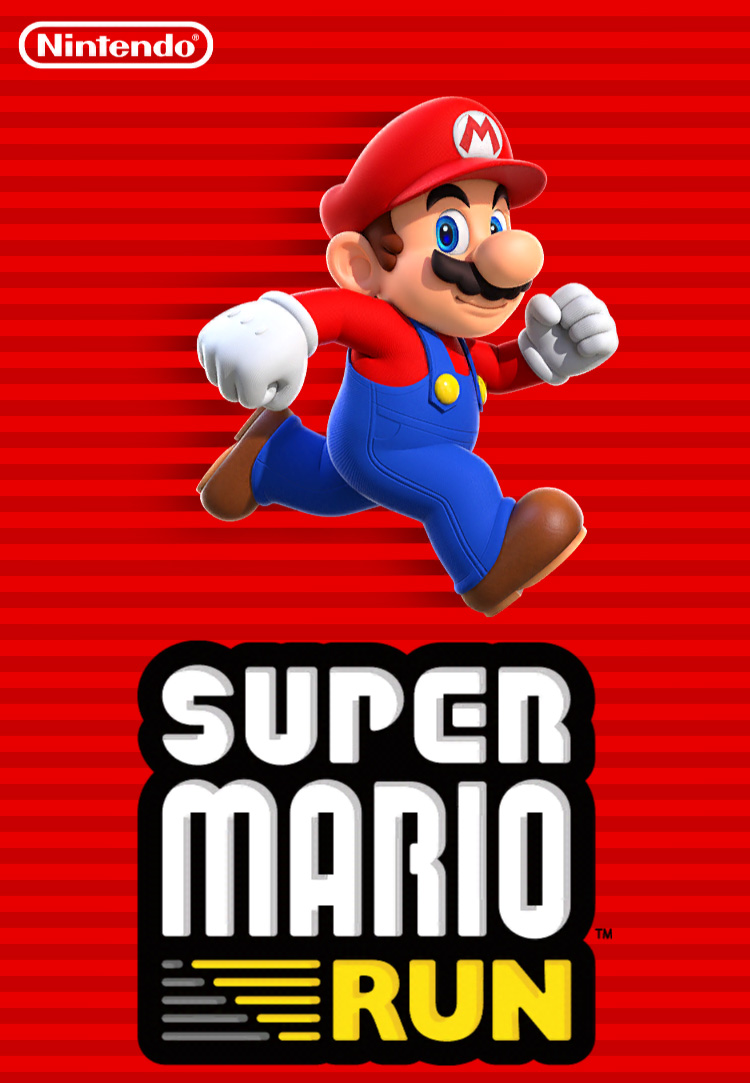 Storywise, the new game isn't breaking any ground. Princess Peach invites Mario to the castle but is quickly kidnapped by Bowser, and like every other time, it's up to Mario to come to her rescue. 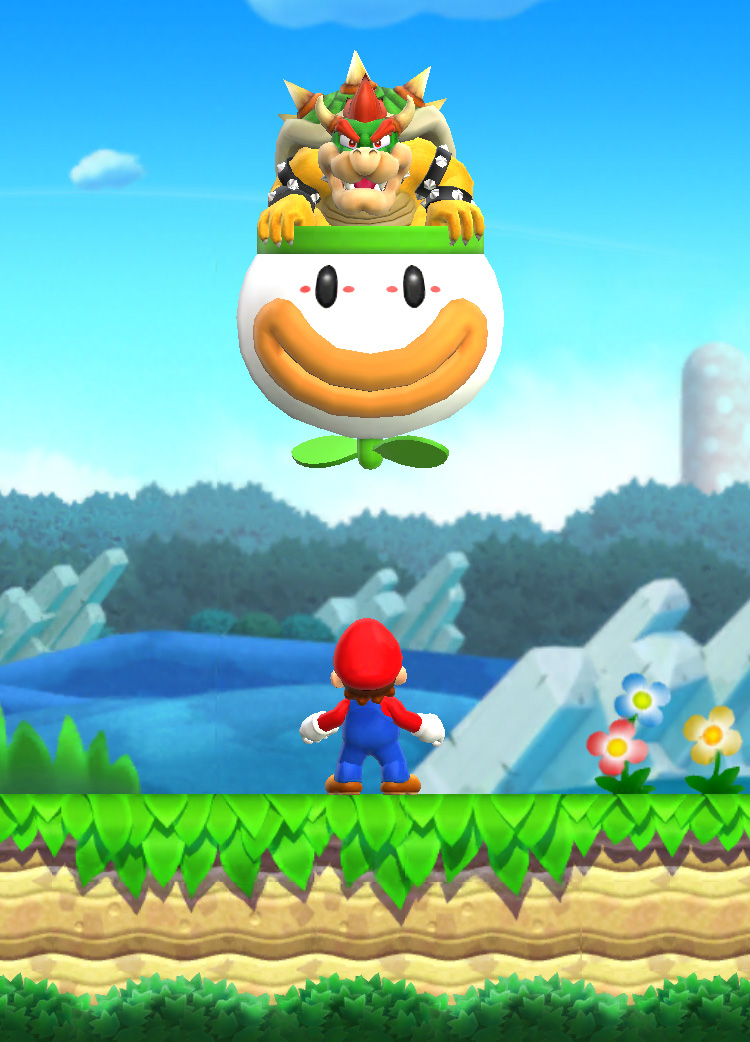 But the new app adds an awesome twist to the classic Mario game formula. Like the original Super Mario Bros. for the NES or New Super Mario Bros. U for the Wii U, it's a 2D side-scroller, but even though it may look like those games on the surface, new controls make the experience unique, challenging and ultimately rewarding.

Unlike in past games, Mario runs automatically in Super Mario Run, meaning you're always on the move. He'll also vault automatically over obstacles, including small enemies. If you run farther than you wanted to, there's no turning back. 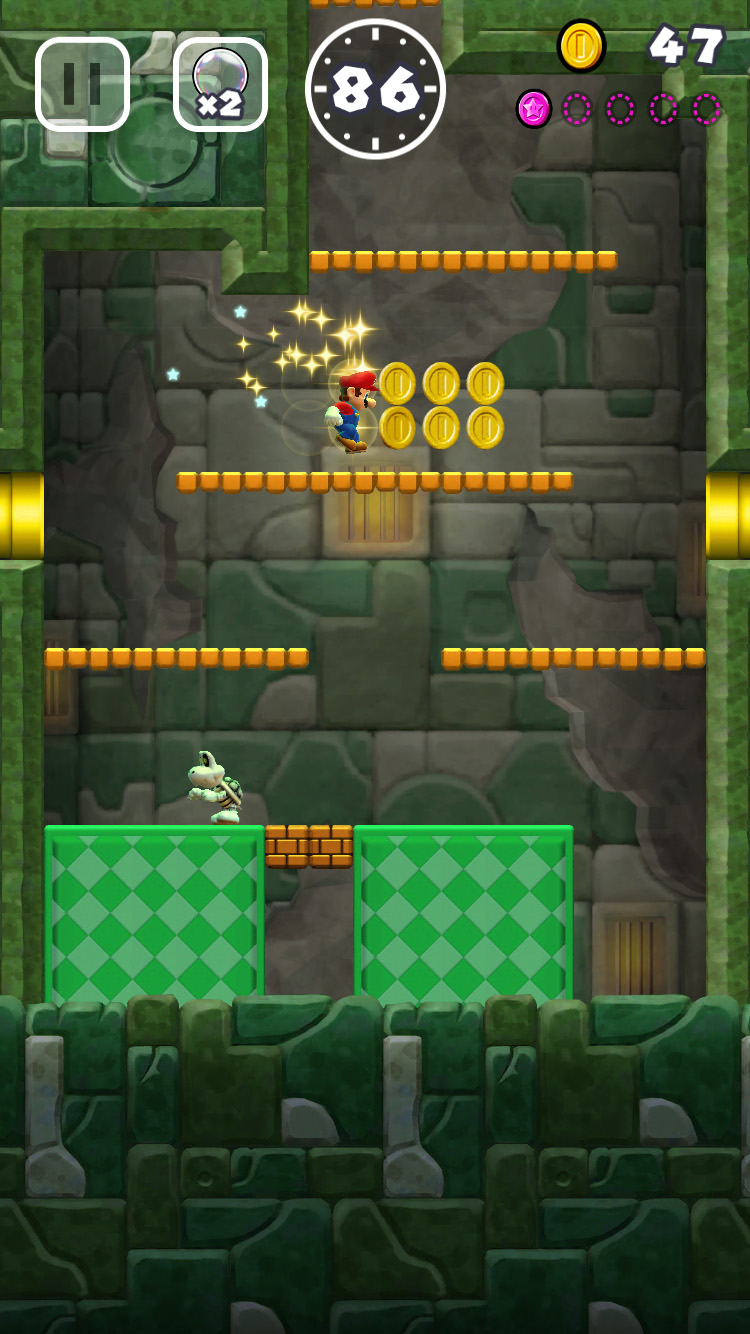 Instead, the player controls when Mario leaps by tapping the screen. Holding longer will allow him to jump higher. Though this mechanic may seem simple, it quickly becomes clear that Mario is entirely in your control if you can precisely time these jumps.

There are also no 1-Up mushrooms in Super Mario Run. Instead, you can collect bubbles that will pop you back into the game if you fall down a hole, jump into lava or get hurt by a bad guy. It'll become more and more critical to collect these bubbles wherever you can as you progress. As the levels get tougher, enemies can be harder to avoid and the occasional fall becomes almost inevitable. 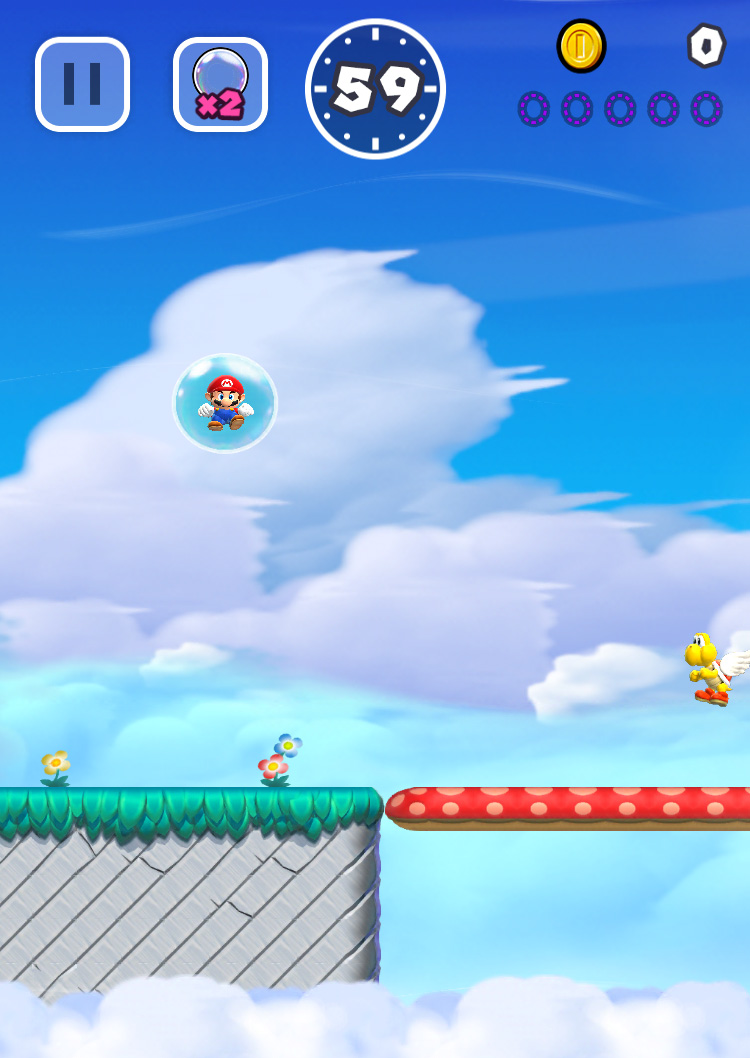 If you're the type of completionist gamer who likes collecting every last hidden item with a game, you'll love the coin system embedded in Super Mario Run.

In addition to staying alive, collecting coins is a major focus of the main game. Each level has sets of five pink, purple and black coins scattered throughout the levels, and you'll likely have to play again and again and again to do the precise commands necessary to grab them all. 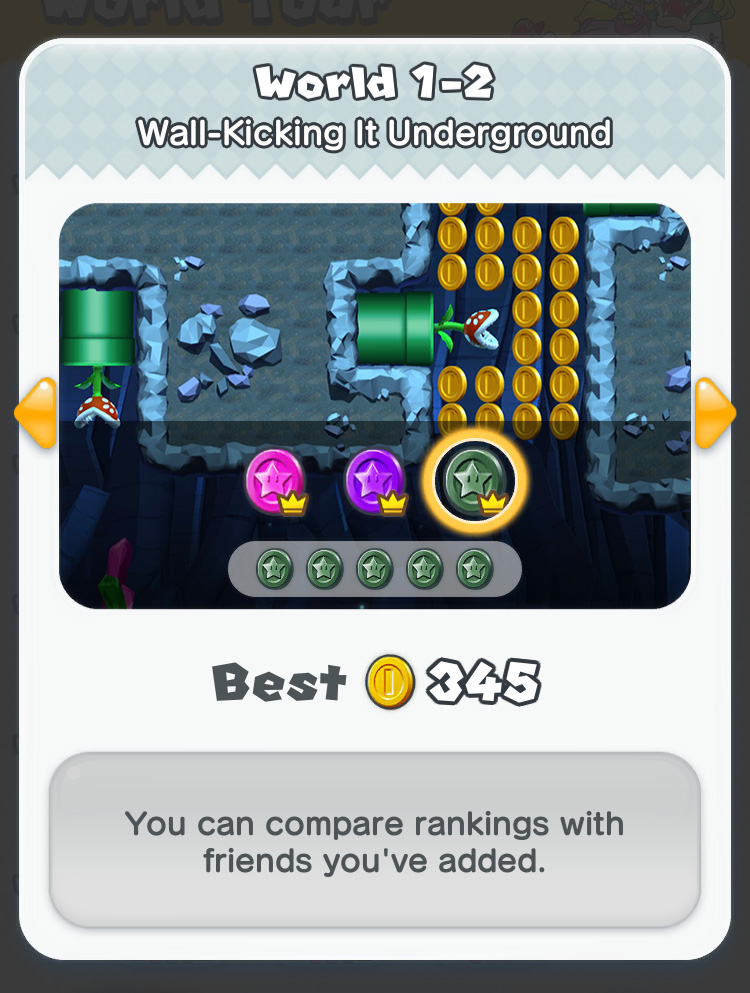 Persistent players are rewarded for their efforts with Rally Tickets (which I'll get to later). There are few things more satisfying than finally getting all five coins in one go after a couple dozen tries. Here's a tip—sometimes getting hurt and going back into the level with a bubble will push you back far enough to nab a coin you've just missed!

But you can't play all of Super Mario Run for free. While the app itself is a free download and allows you to play the game's first three areas, you'll have to purchase the game for $9.99 to play the first boss area and the levels that follow. The full game has six worlds with 24 levels in total, so if you're obsessed with the first three levels, you're only going to have even more fun with the rest of them. 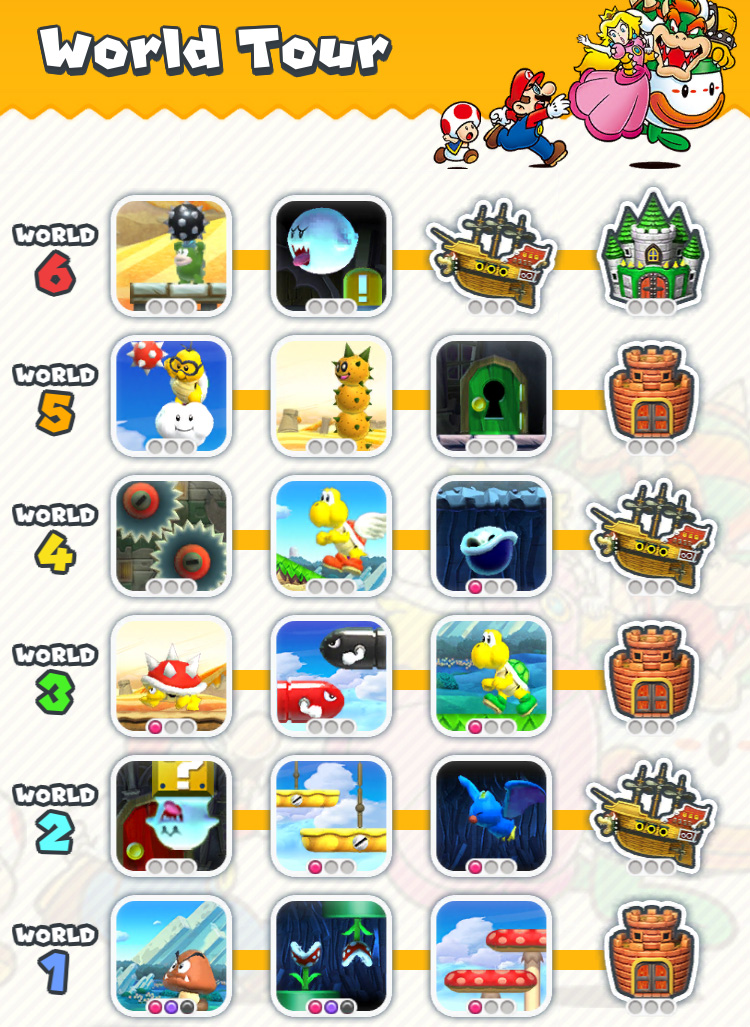 But that's not all there is to the game. In addition to the main World Tour game, there's also Toad Rally, where you compete with opponents from around the world to rally the support of Toads. You see, when Bowser kidnapped Peach, he also destroyed the castle, forcing the Toads to flee in fear. Playing Toad Rally (which requires Rally Tickets, acquired in the main mode) allows to to collect Toads, in effect leveling up the castle and allowing you to rebuild the destroyed kingdom. 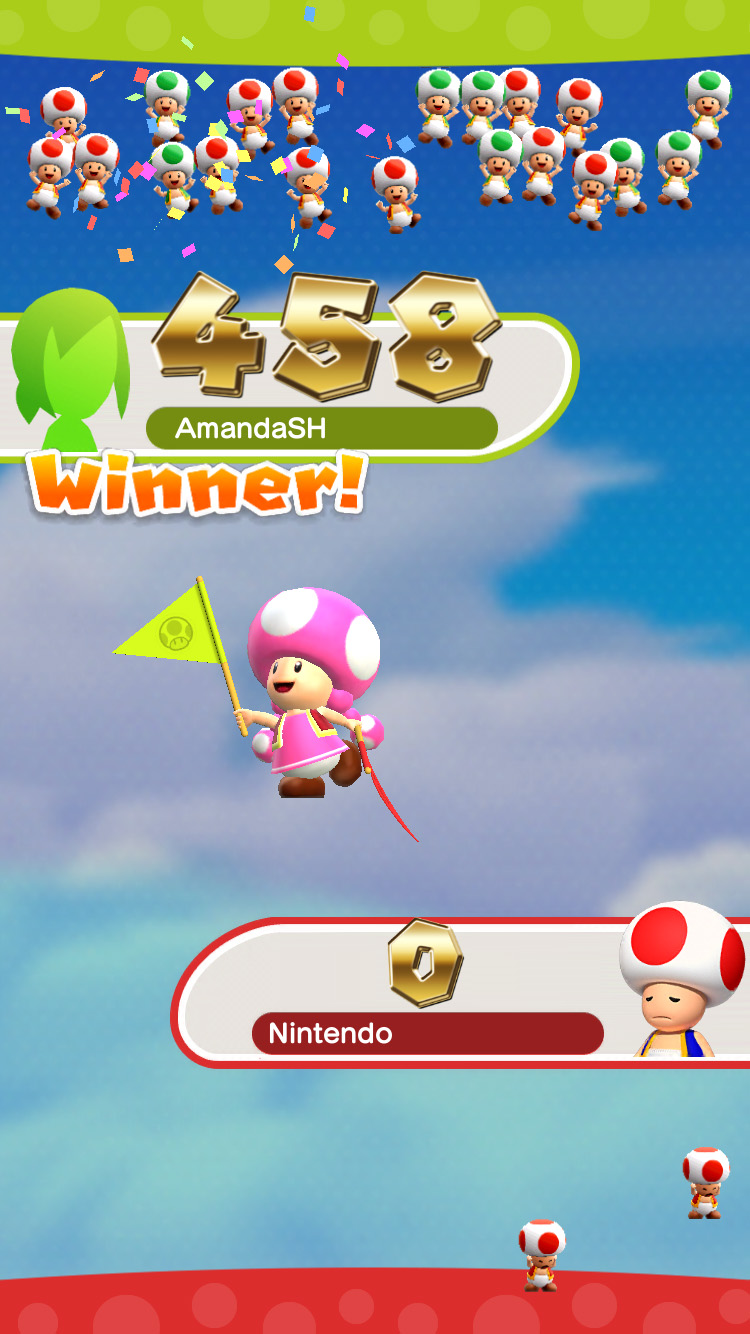 The game also has a "Kingdom Builder" where you can select the decorations and buildings to surround the castle. It's cute, customizable and totally optional in case that's not your thing.

And just because it's a Mario game doesn't mean he has to steal the spotlight! Early on, you can also unlock Toad as a playable character, Peach becomes playable once the World Tour has been completed and Yoshi is unlocked through an action in Kingdom Builder.

Toad is extra fast, Peach comes with her signature floaty jump and Yoshi can walk on spikes and flutter jump—but the tradeoff is that super mushrooms don't allow you to get hit twice before bubbling up. Based on the silhouettes, it also appears that Toadette, Luigi and Yoshi are playable characters, and they're likely to come with their own unique abilities as well. 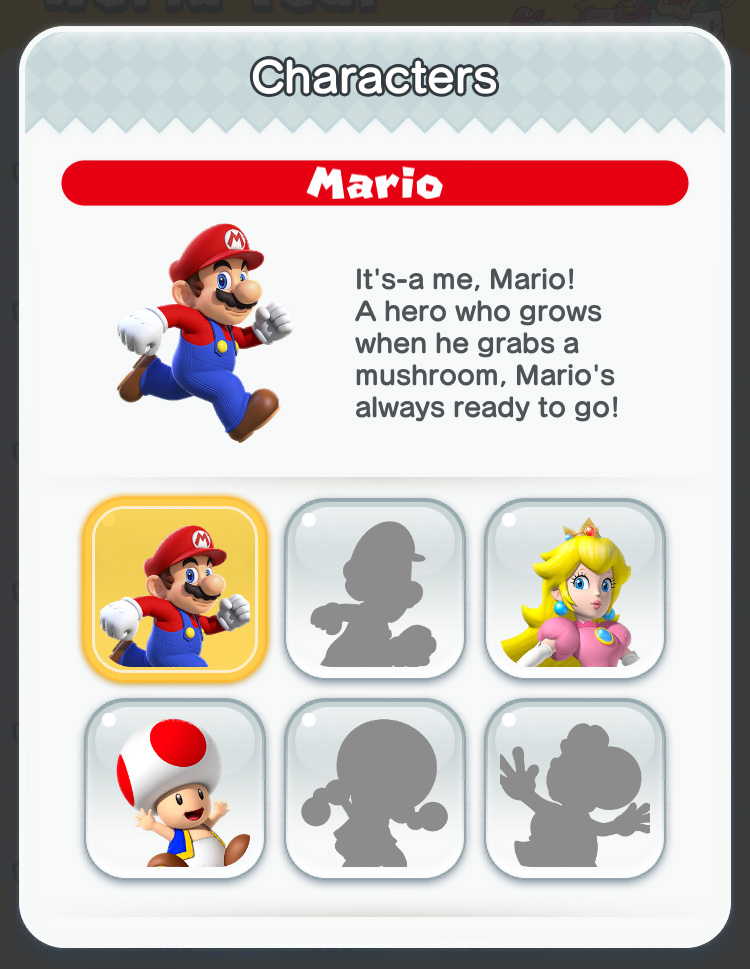 Super Mario Run is a ton of fun, and with 24 levels with three sets of coin challenges each, they'll keep you coming back to play again and again. One downside is that you have to be on wifi to play, so if you're away from home and don't want to eat up your parents' data or you're on a subway with no signal, you'll have to wait. If that's not a dealbreaker, this $10 app definitely deserves a spot in your games folder.

Love video games? It's still not too late to click HERE and add these games to your holiday wish list.