Though we won't be able to attend the grand opening for obvious reasons, we can admire everything it has to offer from afar, and pine for the days when similar parks will be opening at Universal Studios Hollywood as well as Universal Studios Orlando.

Just one thing that has us wishing we could fly to Japan ASAP for a visit is the spectacular Super Nintendo World food. All themed around Mario's closest allies and most dastardly enemies, these treats available at the Mario Café and Store, Kinopio's Café and Yoshi Snack Island are probably as tasty as they are cute. Don't believe us? Keep scrolling to see what the park will have to offer.

We need more delicious dessert sandwiches in our lives, starting with this one shaped like Mario's iconic red cap. These two vibrant pancakes are filled with whipped cream and luscious glazed strawberries to make an irresistible treat. 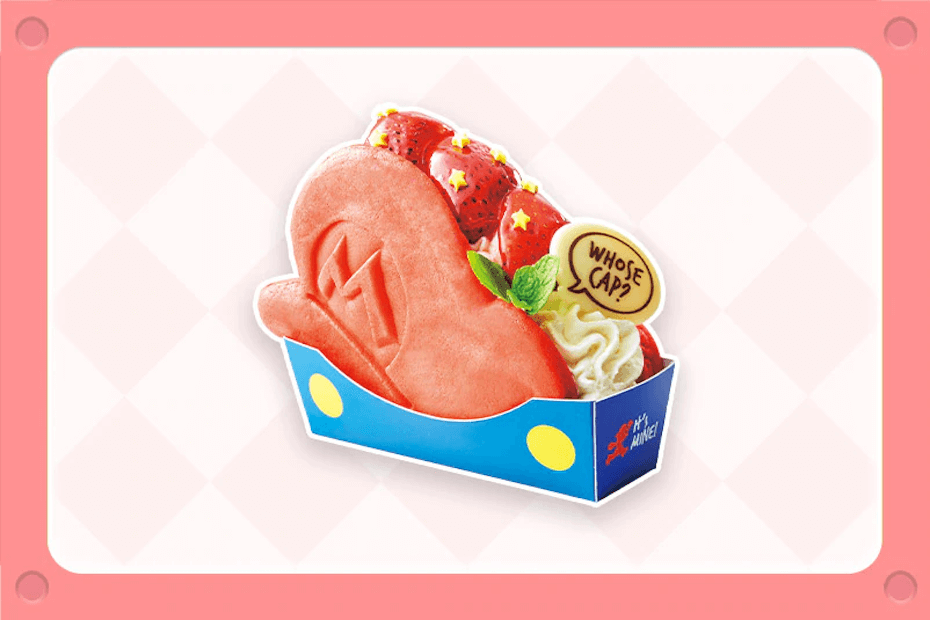 If strawberries aren't really your thing, maybe you'll this Luigi-themed treat. It's also a pancake sandwich, but in a bold green, with a whipped cream cheese filling as well as fresh green grapes. It's not a flavor combination we've ever heard of, but we're tempted all the same. 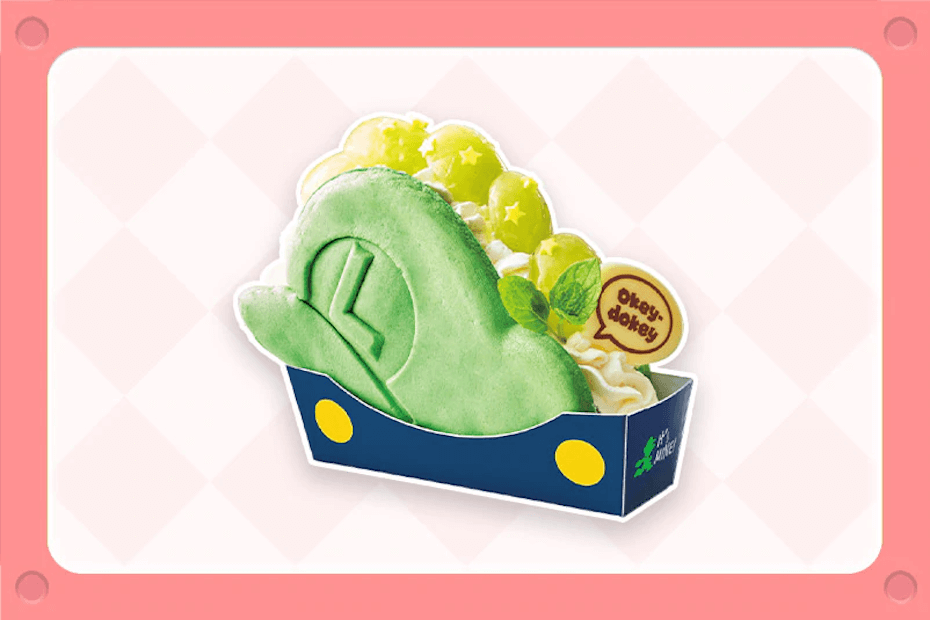 This isn't any old cream soda. It's strawberry-flavored, as well as dolloped with a rich fruity topping, plus whipped cream with a cherry on top. The straw also comes with a Mario mustache decoration—what's not to love? 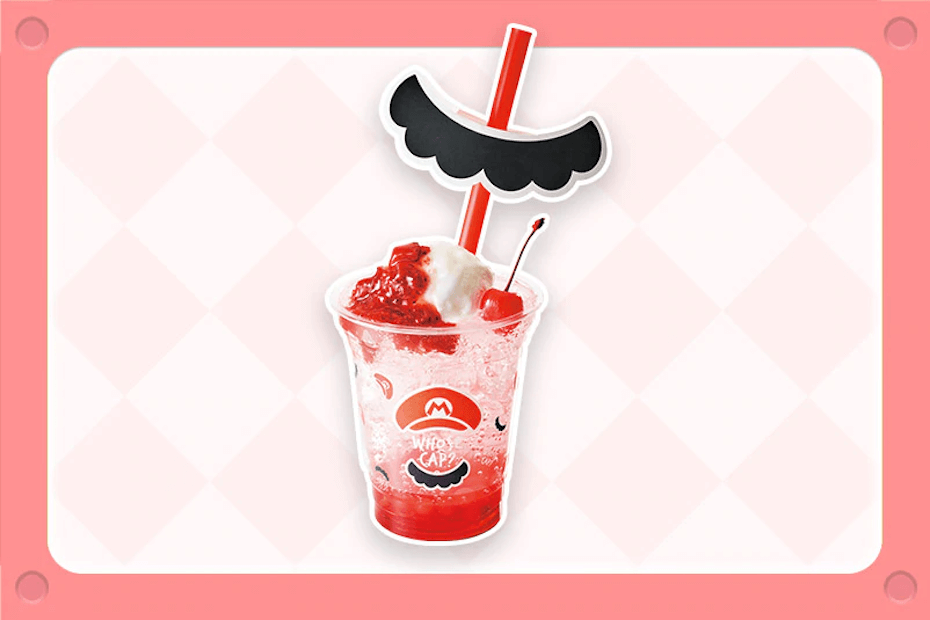 Like the Mario drink, Luigi's cream soda comes topped with his own unique mustache, but with a different flavor entirely. It's a sweet green apple, with kiwi topping and whipped cream. And just because it's for Luigi doesn't mean he doesn't also get a red cherry! 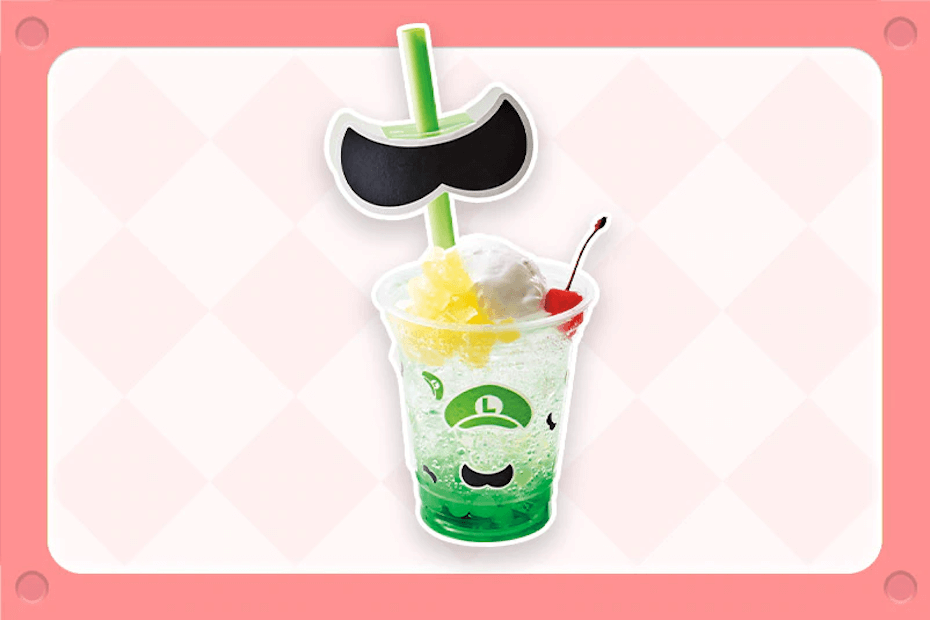 Princess Peach also gets a delicious cream soda of her own at Super Nintendo World! Appropriately, it's peach-flavored through and through, from the soda to the topping. And this drink's straw comes with a crown fit for royalty. 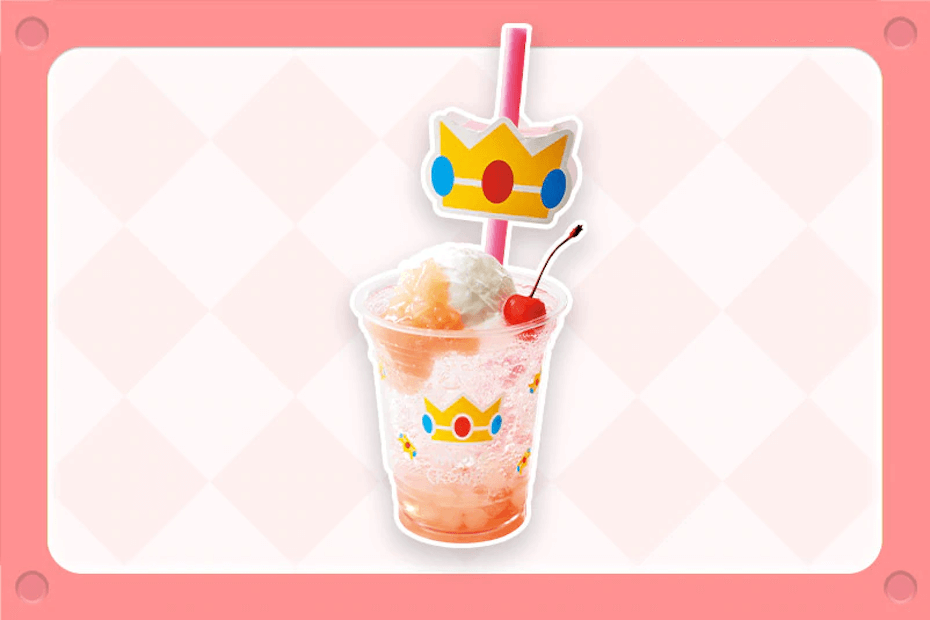 Souvenir bottles aren't technically a treat in and of themselves, but this one was so cute we had to include it. It's a perfect replica of a Super Mushroom, with a spout for sipping your favorite fountain drink, and a unique Super Nintendo World lanyard so you can keep your hands free as you wander the park. 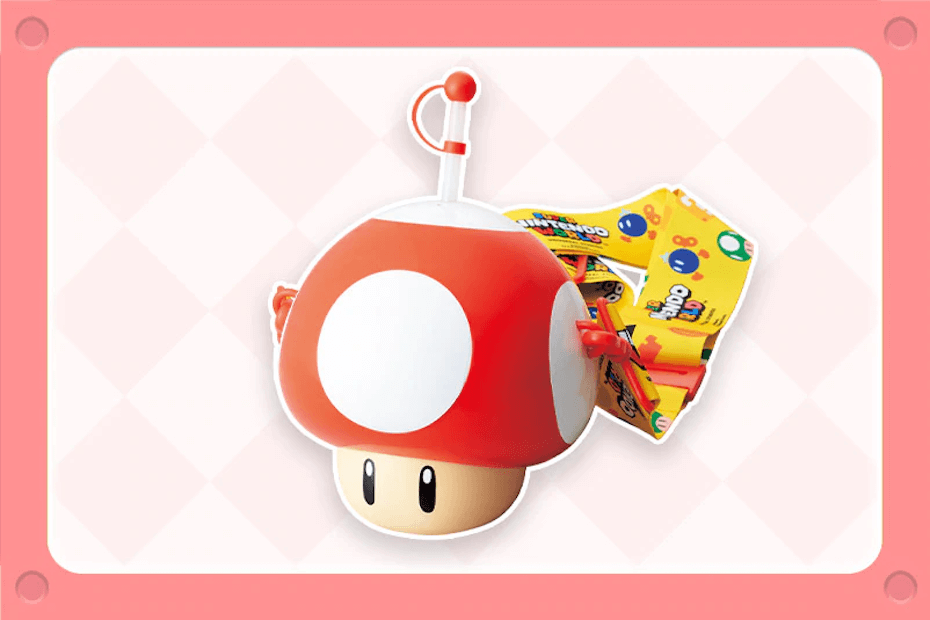 If you're feeling really hungry, you'll probably want to try out some of the entrees from Kinopio's Café, such as this Mario burger. This burger, served on a poppy seed bun, includes a beef patty, lettuce, cheese, bacon and grilled mushrooms, with tomatoes and fries on the side. And the toothpick holding it together also has a Mario cap! 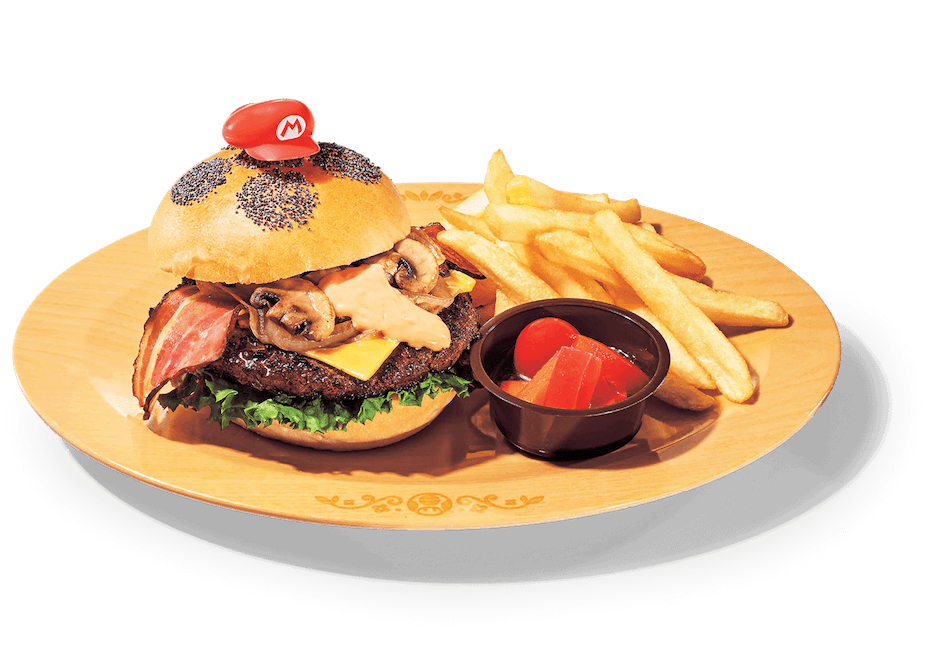 What's better than this toadstool bowl, with a sizable piece of bread as its mushroom cap? The interior of the bowl contains a rich mix of tomatoes, cheese, mushrooms and bacon perfect for dipping the crispy lid one piece at a time. We just wish we could take home the base when we were done with it! 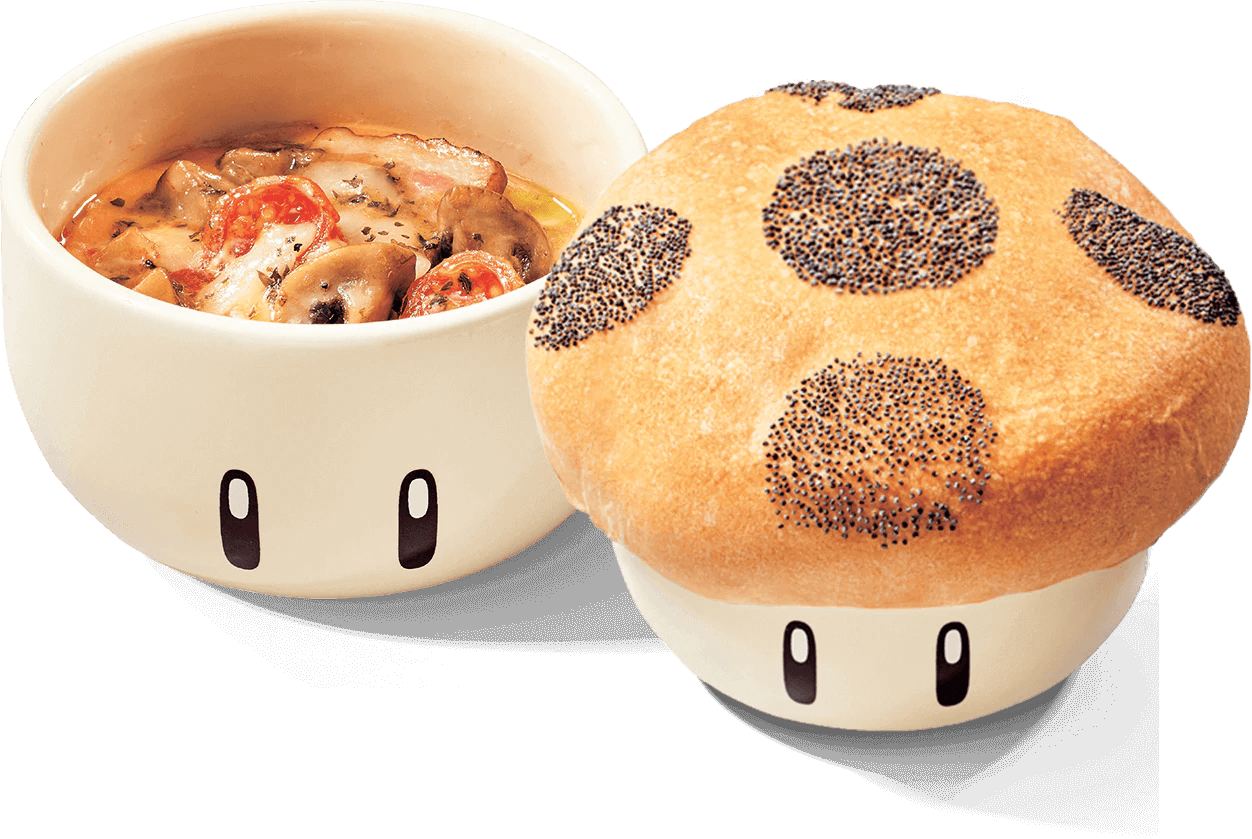 We adore this amazing twist on the classic Caprese salad, fashioned to look like a Mario-eating plant. The plant itself is made up of tomatoes, mozzarella cheese and basil, and is served with a side salad complete with mushrooms—perfect for the Mushroom Kingdom. 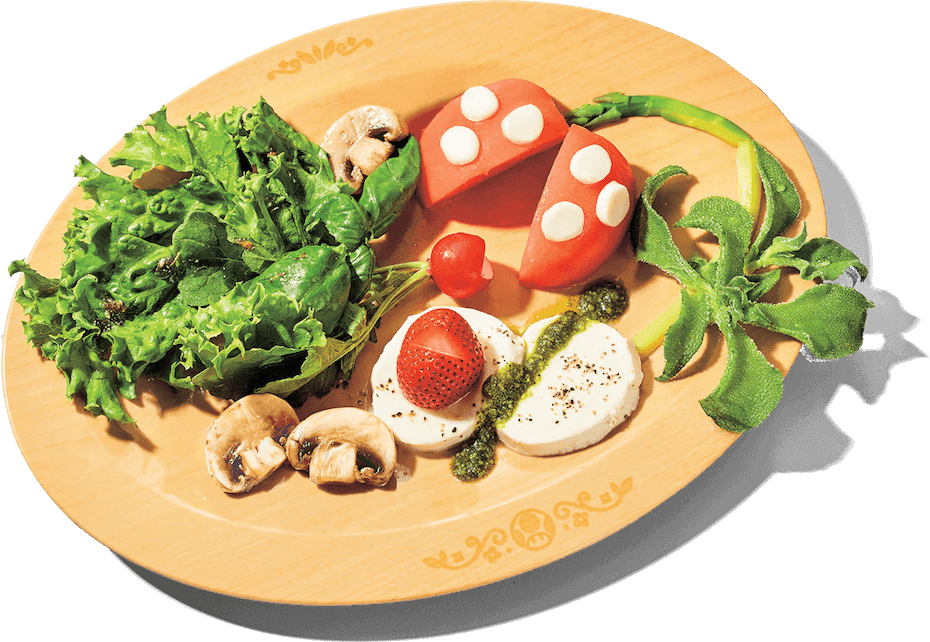 Kinopio's Café has dessert, too! This Question Mark block appears to be made up of six delicious cookie sides, filled with a rich truffle tiramisu. Plus, there's a surprise in every single block. 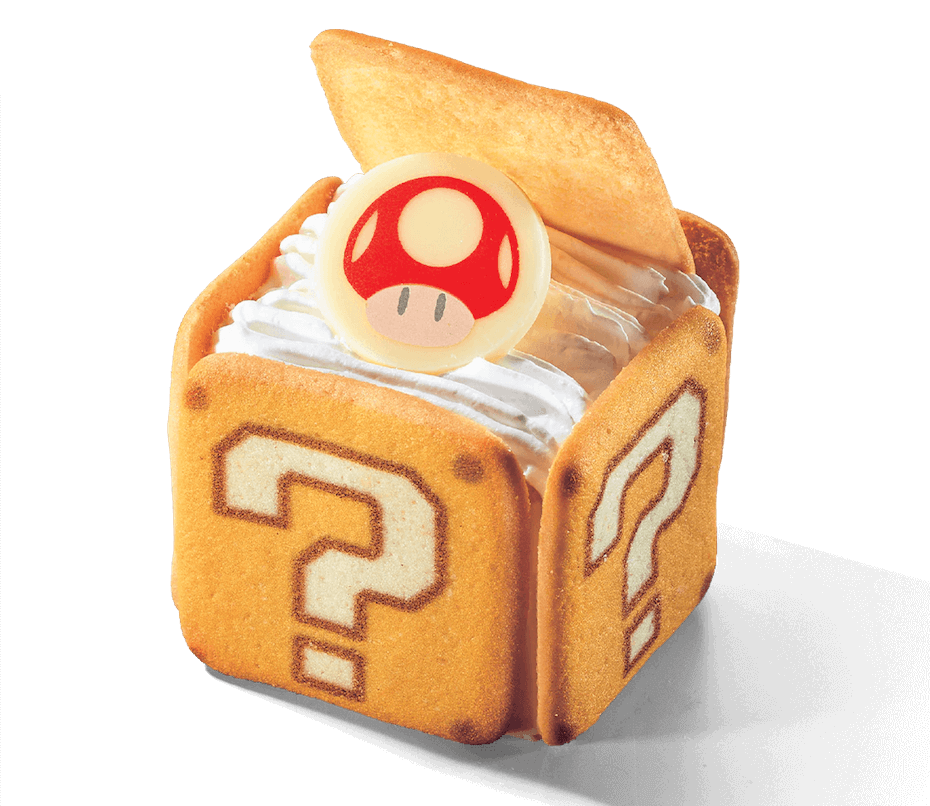 Available at the park's Yoshi Snack Island, these are some very impressive-looking calzones. On the outside, they resemble green Koopa shells, but the insides are filled with cheese and a Japanese stir-fried noodle dish called yakisoba. It's not a flavor combination we've tried before, but we are more than ready to dig in. 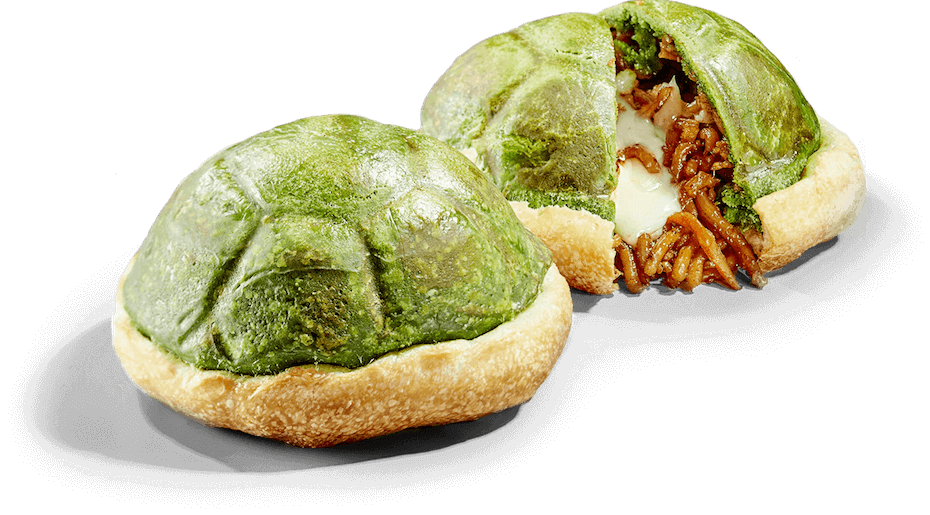 Lassis are traditionally a rich Indian drink made with yogurt, so we're very curious about these Yoshi-themed variations. Served in a cup featuring our favorite green dinosaur, they come in both melon and mango flavors. We wish we could sip them both right this minute. 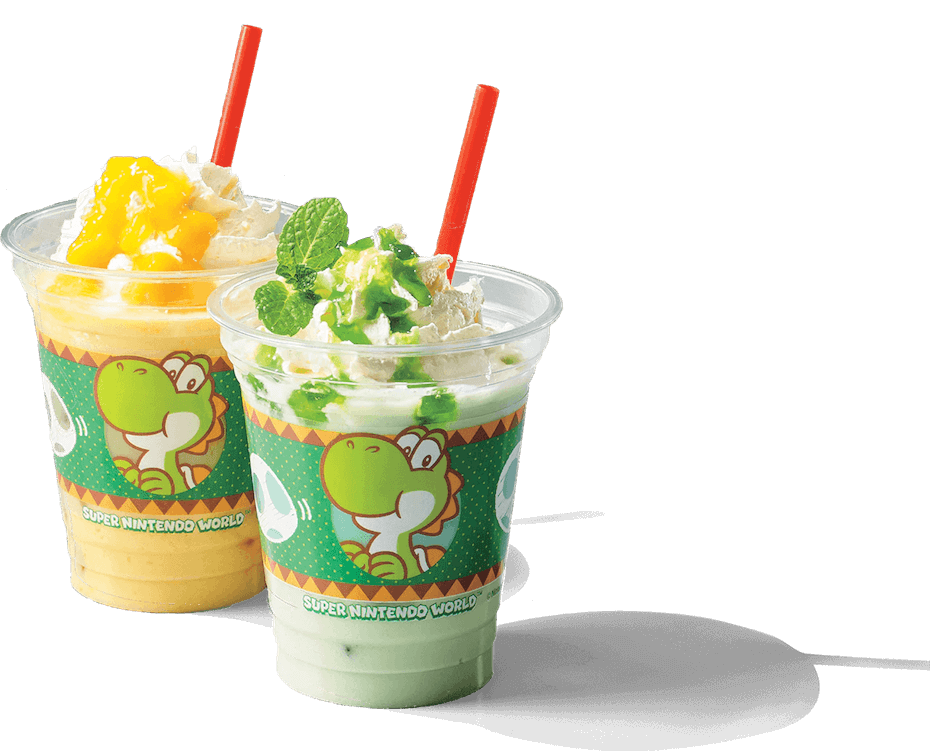 Thought these were cute? Click HERE to check out the menu at Tokyo's Pokémon Cafe.