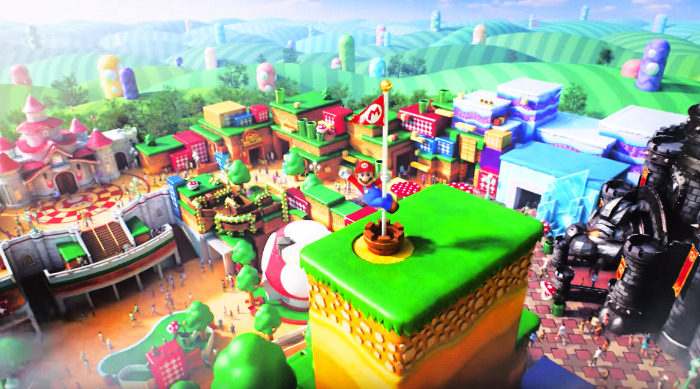 Super Nintendo World will be part of at Universal Studios Japan. They're planning to open the theme park by the summer of 2020, just in time for the year's Olympic games in Tokyo.

Though the video doesn't show any of the actual plans for the park, we're hoping its vision isn't too far off. From the looks of it, we can expect areas inspired by both Princess Peach and Bowser's castles, spiked groves full of vined Piranha Plants, a snowy ice world, mushroom-shaped Toad House and—of course—a shop to spend all your hard-earned coins.

In an announcement made alongside the release of the video, Universal vice chairman Mark Woodbury revealed that a Mario Kart ride would be the park's main attraction.

We're guessing it'll be a moment before more real details emerge about the park, but we're already counting down the days to 2020. See the trailer for yourself below.