How to Survive Being the New Kid When You're Cripplingly Shy

Starting a new year of school is never the highlight of the year (though it can have its bonuses), but a new year is a whole lot worse for a student who is also new to the school.

You're faced with the task of not only getting to know new teachers, but also an entire student body of classmates. The only thing that's familiar is the typical archetypes you can find at every school, regardless of town lines.

But to make matters worse, being new when you're also cripplingly shy is just pure torture. I'm no stranger to being the new kid, which was tough growing up because looking people in the eyes and holding a conversation is high on my to-not-do list.

Scroll below for insights from one shy introvert to another on how to survive school when you're the new kid:

1. Get Prepared, But Don't Obsess

Before the first day of school, it may calm your nerves to get prepared and organized. Pick out a killer first-day outfit and get all of your school supplies in order so that the morning of your first day goes smoothly. However, do not, I repeat, do not get obsessive about your outfit. While walking into school with a trendy outfit is a plus, no one is really going to care what you're wearing. They'll be more focused on the new face sitting next to them in Biology. 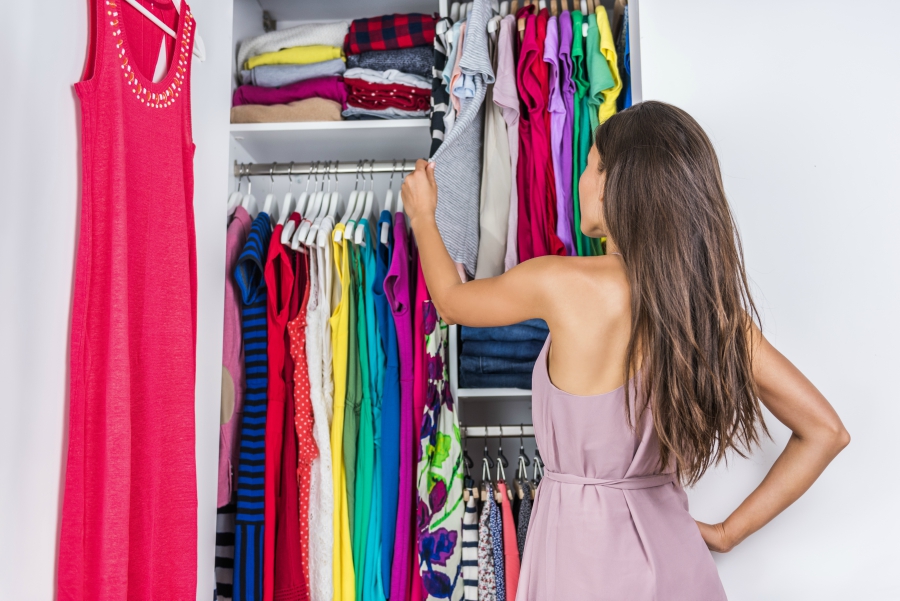 While obsessing over your outfit will just lead to unnecessary stress, trying to figure out a look that screams "what I think I should look like" versus what you actually like to wear is just as bad. A new year is a great opportunity to be a new you, but always make sure that you're comfortable in whatever you you're putting out there. Don't try to be someone or something you're not because it's a lie that you won't be able to tell forever. You'll have a much better day if you feel comfortable in your skin.

3. Say Hi to Your Surrounding Classmates

And that's all you need to say. Don't get overwhelmed thinking you need to launch into a full convo or your backstory, just simply say hi to the classmates sitting around you. They may take the wheel and ask you a few questions, but don't put pressure on this chat. You have plenty of time in the upcoming weeks to get to know the school just as they have to get to know you. But always take the first step to get acquainted. It'll break the ice and sound the alarm that you're approachable and interested in making friends. 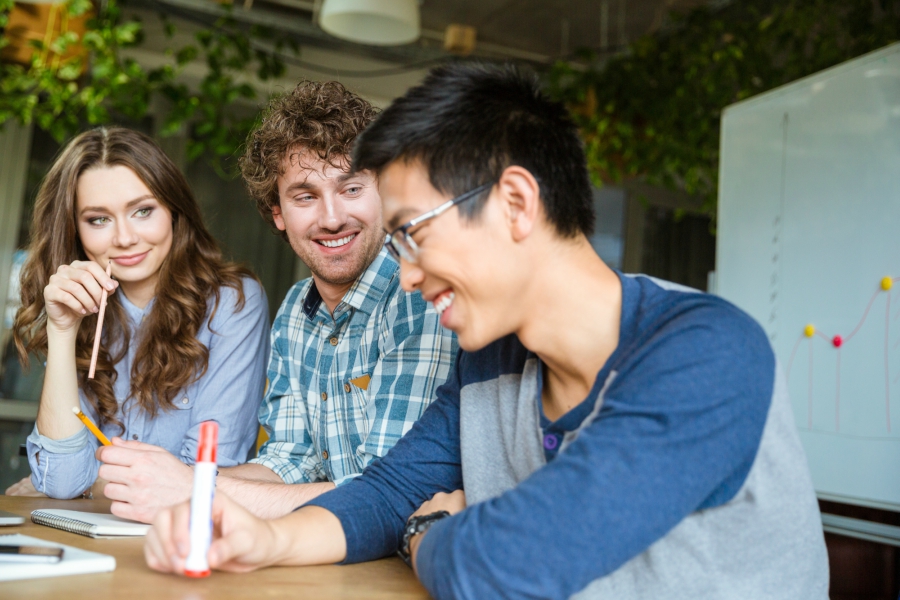 4. Scope Out Your Crowd

Be on the lookout for people you may share similar interests with you. Whether you notice their style, their preferred activities or even a book they're toting along with them, be observant so you can start gravitating towards your people and steer clear of others you aren't so compatible with.

Yes, I said it. This is a nightmare prospect for the shy, but it's the quickest way to get familiar with a school, and more importantly, find a group of friends. As a kid, my mom went as far as becoming a Girl Scouts troop leader just to ensure that I had a group of friends coming to our house every week. That's how shy I was. So trust, I know what you're going through. But guess what? Her plan totally worked and some of those girls became my best friends. 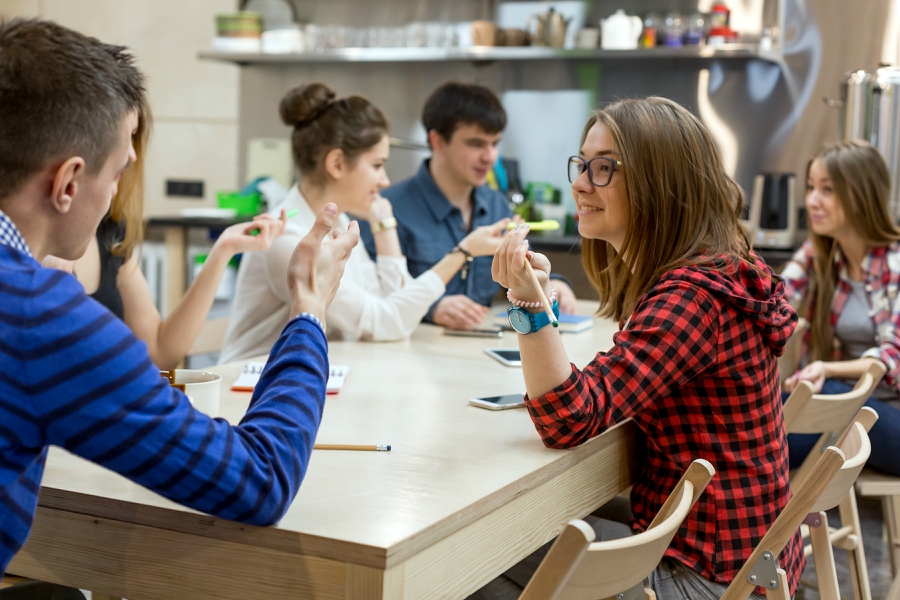 6. Beware of the Empty Table

When you spot an empty table in the cafeteria, I know you may think it's calling your name. But that is just a siren song… do not succumb to its call! Making the choice to sit solo during free hours alerts the rest of the student body that you're a loner. While you may attract a nice student or two who comes to your aid, you're more than likely not going to make any friends this way. So what do you do instead? Before lunch, if you've had a chance to chat with a potential friend, ask if you can sit with his or her group. It's a big step, but it'll be worth it. 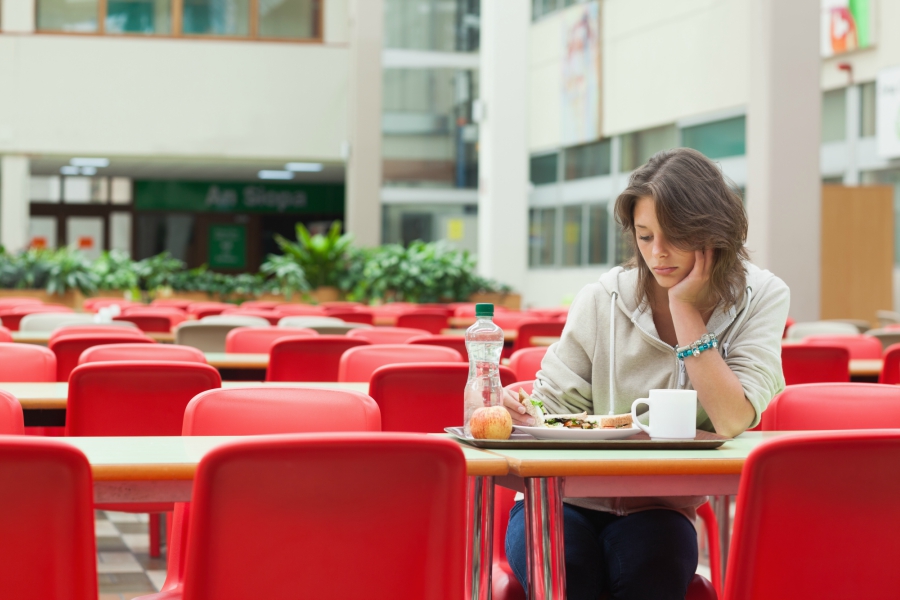 7. Make a Promise to Participate Once in Each Class

Raising your hand to answer questions is not a favorable pastime of the shy. So I'm not asking you to actively engage throughout your entire school day. But if you make a pact with yourself to get involved once during each class, the other students will start to get familiar with you, as will your teacher, and you'll slowly stand out from the sea of classmates.

7. Get Active With Social Media

It can be really hard to hold conversations at a new school with tons of new kids. But once you start getting to know some people, start following them on social media. It's a lot easier to be yourself behind the comfort of a screen, and while yes, this is a crutch, it may help you break the ice and become less shy in person.

Being shy, I always had a hard time believing that people actually wanted me around. Even though we laughed together or bantered just fine, I always felt like they were taking pity on me and didn't actually want me to start tagging along. But this is all just your insecurities talking. If you get invited, say yes! They wouldn't be inviting you to sit with them or to join an after school hangout if they didn't want you there.

9. Fake It Till You Make It

Exude confidence, even if you don't have any. People will believe anything if you do or say it with confidence. This is a tested and approved guarantee. These new classmates don't know that you're shy, so don't let them see that side of you. Hold your head up high and if it helps, think about your friends back at your old school. Remind yourself that you made those friends, so you can make new ones. Even if you have to fake it at first, you'll eventually grow into this persona. New year, new you!

Nobody is immune to bad days. Nobody. If you have a bad first day or one pops up later in the week, don't reflect on it too much. If it's possible, try to correct anything you may have said or done inadvertently. For example, if something you meant to say came out totally wrong and you upset somebody, apologize at school the next day. Rather than run away from the problem, address it head-on so that people get the right impression of you. While bad first impressions act like a stain, you can always remedy that relationship later. Just keep an open mind and don't obsess too much over a bad day. They always pass. 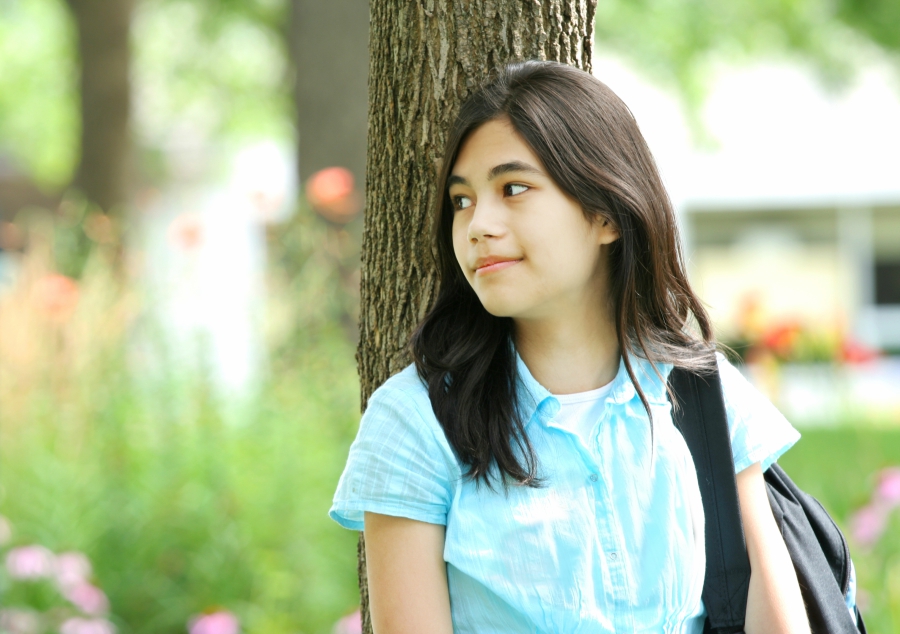 Picking out the perfect outfit for your first day can be unnecessarily stressful. Let us help you out by clicking HERE to see what you should wear based on your zodiac sign.