Are Taco Bell's New Steak Rattlesnake Fries Worth the Hype? I Tried Them to Find Out

I'm always up to the challenge of trying unusual new foods, so when I heard that Taco Bell was adding something called Steak Rattlesnake Fries to their menu, they immediately caught my attention.

I made sure to mark my calendar with their debut date, Feb. 28, 2019, and patiently waited for the day before heading to the local Taco Bell to try them out.

Steak Rattlesnake Fries (to my slight disappointment) don't actually contain rattlesnake, and are instead meant to be a spicier take on Taco Bell's beloved Nacho Fries. The dish consists of their classic seasoned Nacho Fries slathered with creamy nacho cheese and jalapeño sauces and topped with chunks of steak and slices of jalapeño peppers, and costs $2.99 per order. 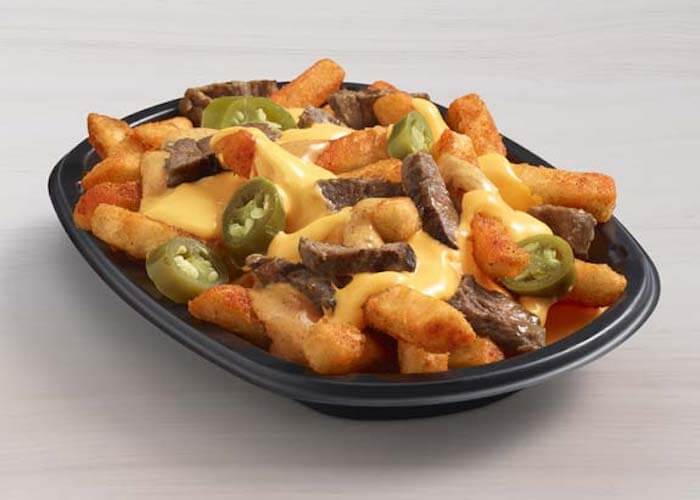 I ordered the Steak Rattlesnake Fries at the drive-thru of the closest Taco Bell, and was a little surprised when I got the paper bag with my food inside. The container of fries was lighter and smaller than I anticipated, given that Taco Bell's Nachos Fries Supreme is a whole 50 cents cheaper but comes in a larger box.

I quickly drove the food back to the office, and as soon as I opened the bag, the scent of spicy jalapeños left and invaded my nostrils. It smelled like it had the potential to have a giant kick, which intimidated me a bit. Would I even be able to make it through this batch of Rattlesnake Fries?

The container was slightly cloudy with condensation when I grabbed it out of the bag, making me even more curious to see what I had in store. 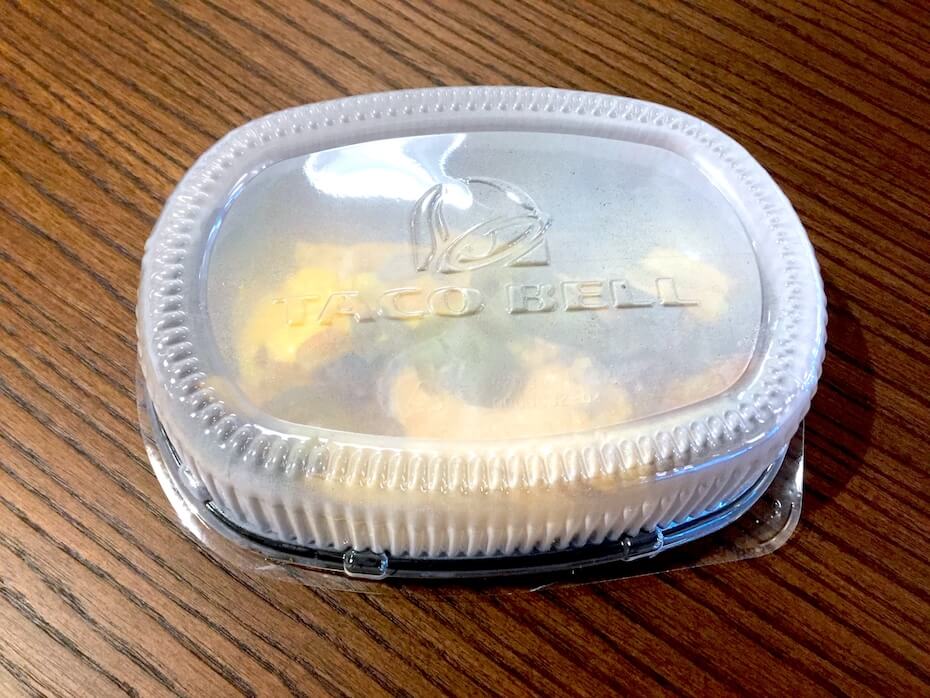 When I plucked off the lid, it about met my expectations in terms of appearance. Compared to the photo, there weren't as many fries and they didn't have as much seasoning or sauce, but at least they didn't skimp on the jalapeños or the steak. I could see where the lighter, yellower nacho cheese met with the darker jalapeño sauce speckled with seasoning. 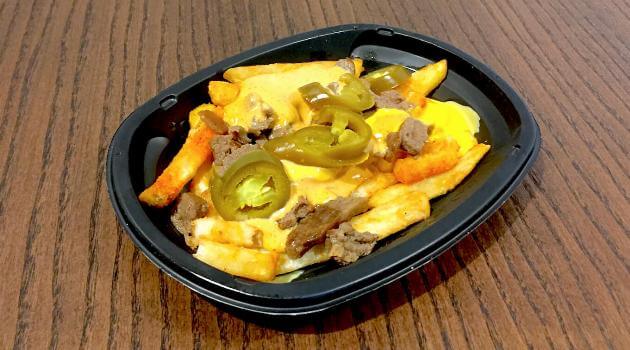 But how did it actually taste? I already knew I was a big fan of Taco Bell's regular Nacho Fries. A sprinkle of Mexican seasoning gives them a nice zing, and they have a more robust, crispy texture than a typical fry.

When I tried a fry coated in cheesy goodness, that seasoning got a little lost among the two competing sauces. While the jalapeño sauce has a great flavor, I didn't find it spicy at all. The Rattlesnake Fries also feature lots of jalapeños throughout, with the seeds left in to give them more kick, which meant I was missing out even more on that fry flavor. However, the texture was just right for not immediately turning into mush under a bed of tasty sauces and toppings. The bites with jalapeño were quite spicy, but that didn't linger too long, making my earlier worries totally unwarranted. I wasn't looking forward all that much to the steak bits, but their texture was surprisingly good and added a nice, meaty flavor to the dish. The more premium meat is probably what makes these fries slightly pricier than the others.

I was able to power through the bit of heat and finish the Streak Rattlesnake fries quite easily. I found them pretty tasty, and wouldn't be against ordering them again in the future if I were in the mood for something spicy.

If you're feeling adventurous, I think Taco Bell's Steak Rattlesnake Fries are worth checking out. If you like spice, meat and lots and lots of cheese, you can't really go wrong with it—unless you're feeling extra hungry and want more bang for your buck, in which case it might make sense to get the Nacho Fries Supreme and add jalapeños. It's not as filling compared to their other offerings, and it didn't set my mouth on fire quite like I expected it to, but I don't regret trying it in the slightest.