Talia Jackson is one of those gals who can really do it all.

We've been fans ever since we first caught her as Jade on Netflix's Family Reunion, but once we discovered her musical side, we've been even more obsessed—and her track "5'FIVE" has been stuck in our head for weeks. If you're as curious about the singer-songwriter and actress as we are, keep reading to uncover everything you need to know about Talia Jackson. 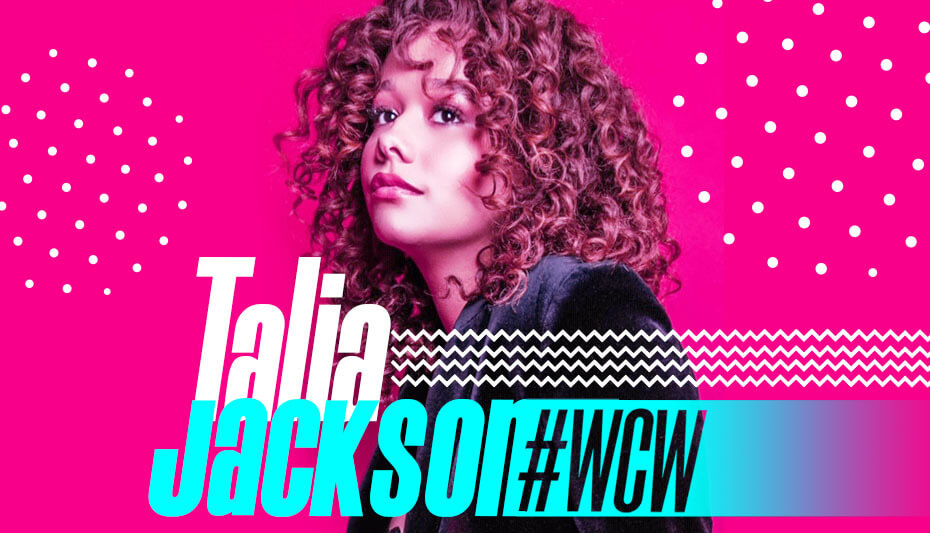 1. Talia stars in Netflix's Family Reunion, but her biggest streaming obsessions are The Chilling Adventures of Sabrina, The Society, BoJack Horseman and Big Mouth.

"I mean, how could you not love him?"

3. She's obsessed with the music of The Neighbourhood.

"I'm their biggest fan. If you drive with me, you'll most definitely hear at least five of their songs."

4. Unlike many, Talia is a big fan of Brussels sprouts.

"They are one of my favorite foods. I don't know why they have such a bad rep."

5. Berries are her go-to snack.

"I would eat a bowl of berries over dessert any day."

6. The best concert she ever went to was Camp Flog Gnaw.

"Seeing Tyler the Creator live was a dream."

"I sometimes spend hours playing with my friends."

8. Out of all the Disney princesses, she relates most to Merida from Brave.

"We share a similar love of nature and we both have very opinionated personalities."

9. If she weren't an actress and singer-songwriter, she'd love to be a marine biologist.

"I've had a love for marine animals since I was very little."

10. Talia's favorite fan encounter occurred when the Family Reunion had just come out.

"I was at a fair in Wisconsin in line getting corn with my friends, and this man and his wife were looking at me for a while. As I went to put butter on my corn, they came up to me and said 'This is probably weird and I'm probably wrong, but are you on a Netflix show?' I said yeah, and they were super shocked because you don't expect to see an actress in the middle of Wisconsin."

11. She says being part of the Family Reunion cast means everything to her.

"It's an absolute dream come true for so many reasons. I'm so blessed to have such a supportive and hardworking cast and crew to create this award-winning show together."

Love watching Family Reunion on Netflix? Click HERE for more of our favorite hidden gems on the platform.