Despite everything going on in the world, 15-year-old British actress Tamara Smart really seems to be making the most of 2020.

In addition to appearing in the Disney+ version of Artemis Fowl, she also just appeared in yet another season of Netflix's The Worst Witch, as well as A Babysitter's Guide to Monster Hunting, which also stars Tom Felton.

With her career shaping up to be pretty magical, we couldn't pass on the opportunity to get to know the young star and everything that makes her one-of-a-kind. Keep reading to find out everything she revealed to us. 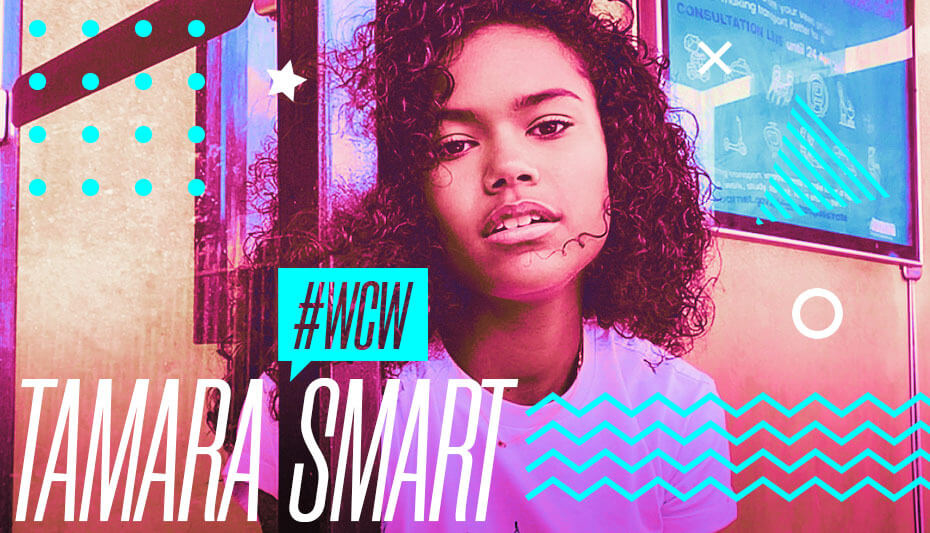 1. Tamara says she had a massive crush on Damon Salvatore from The Vampire Diaries for a little bit.

2. She can't handle ducks and geese.

"They just freak me out and I can't stand being around them."

3. Out of all the Disney princesses, she relates most to Tiana.

" I love beignets. I also love how it's based in New Orleans because I've always wanted to go.

4. When people come to Tamara for advice, it's usually for acting help, whether that's advice on calming nerves before an audition or how to do a self-hype.

5. She's seen the Harry Potter films more times than any other movie franchise.

"I'm actually watching it now with my mom and sister."

6. Given her Harry Potter fandom, it's appropriate that the last celebrity she got totally starstruck over was Tom Felton.

"He played Draco Malfoy in Harry Potter and I genuinely had no idea what to say to him when we first met on set during A Babysitter's Guide to Monster Hunting."

7. She's always wanted to become fluent in another language, and is actually in the process of learning French.

8. At the moment, her favorite trend is plaid skirts in any and every color.

"I think I have about six or seven."

9. She can't stand it when someone goes to hug her, but then awkwardly pats her back.

10. Tamara's motivation is what has gotten her where she is today.

"One thing that has definitely molded me as the person I am today would have to be to have drive and to keep trying, even if all the odds are against me."