In Nov. 2017, I saw an ad for a wearable keyboard that looked like something Tony Stark would use in a Marvel movie. Using a single hand, its wearers could type and send messages without so much as looking at their screens. That gadget was called the Tap Strap, and I've been fascinated with it ever since.

Still, I nearly forgot about it until this summer, when Tap ads suddenly seemed to be following me around as I surfed the net. Curiosity piqued, and I finally decided to reach out to its creators to see if I could get my hands on it and experience its fabulous technology firsthand. I was delighted when the team agreed to send me a unit for review.

The Tap Strap is a wearable wireless keyboard and mouse consisting of five ring-like structures that fit around the fingers, tethered together by a cord. Using special accelerometers, it reads the movements of the fingers,  allowing users to type messages on any Bluetooth-enabled device with a single hand on any surface. It also has a built-in optical chip that allows the Tap Strap to work as a mouse cursor on many devices. It even has a Charging Case that plugs in via USB, which holds a ton of charge and allows you to rejuice the Tap Strap every time you put it away.

But it also doesn't control like a typical keyboard. In order to utilize it, users must first learn a new alphabet of finger combinations, with each one being tied to a different keystroke. For example, the vowels are all single-finger taps. For right-handed users, tapping with the thumb types the letter A, while the index finger types E, the middle types I, and so on. Other taps are more complex, and to spell out the full alphabet, as well as include things like backspaces, returns and shifts, basically every finger combination is employed.

Of course, the folks at Tap don't expect you to figure it all out on their own. That's why they have a whole series of apps dedicated to teaching users how to use the Tap Strap. The TapManager app helps new tappers learn to properly wear the device and sync it to their devices, while the TapGenius app has lessons and practice sessions to teach them how to type every letter and special character. Once you've learned the ropes, the TapAcademy app is designed to reinforce what you've learned with daily practice to make you a tapping master.

The Tap Strap is currently available on sale for $174 in Tap's online store.

As excited as I was to get right into tapping as soon as I got my Tap Strap, I had to charge it first. Rather than charging the device directly, I actually had to power up its case, plugging it in via USB. Then, once it was full, I could place the Tap Strap inside and push a button to start the actual charging process. While I thought this process seemed a little circuitous at first, I quickly discovered the benefit. According to Tap's website, the case can hold up to 64 hours of charge, meaning you can go for extremely long stretches without ever having to worry about running out of power.

When it was finally ready to go, I used the TapManager app to figure out how to wear it and how to position my hands properly to tap. All I had to do to sync it to my phone was to push the button on the Tap Strap and then select it in the Bluetooth menu. 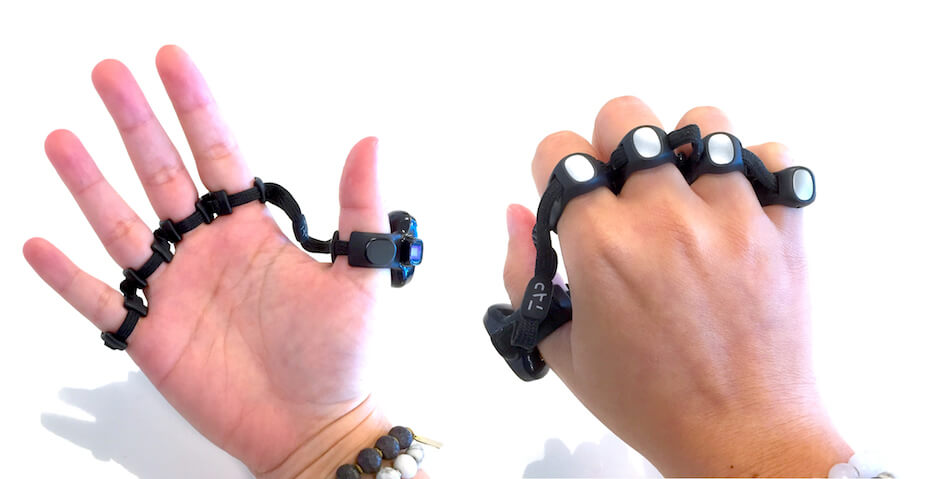 From there, it was time to start learning the basics. Using the TapGenius app, I first learned the single-finger vowels before moving on to slightly more complicated key combinations. I found it to be surprisingly responsive, and any time it wasn't working properly for me, I quickly discovered it was being I wasn't wearing the rings properly.

As I leveled up and learned each step, it also introduced punctuation, usually requiring a double-tap of a previously learned letter. For example, tapping with the index and middle finger creates the letter T, but tapping it twice in quick succession makes a quotation mark. I also stumbled into a roadblock or two when I didn't feel that my fingers were flexible enough to consistently create the same motion. The J key is accomplished by tapping with every finger but the ring finger, which I find to be an awkward motion. Thankfully, certain tricky keys, such as J and W, can be accomplished by double-tapping simple vowels.

While Tap's website says the process of learning all of the keys should take about 90 minutes, I took my time with it. Mostly, this was because I kept going back and redoing lessons anytime I didn't get a perfect score on something. By the time I'd finished the TapGenius syllabus, I had a perfect 90 out of 90 score. 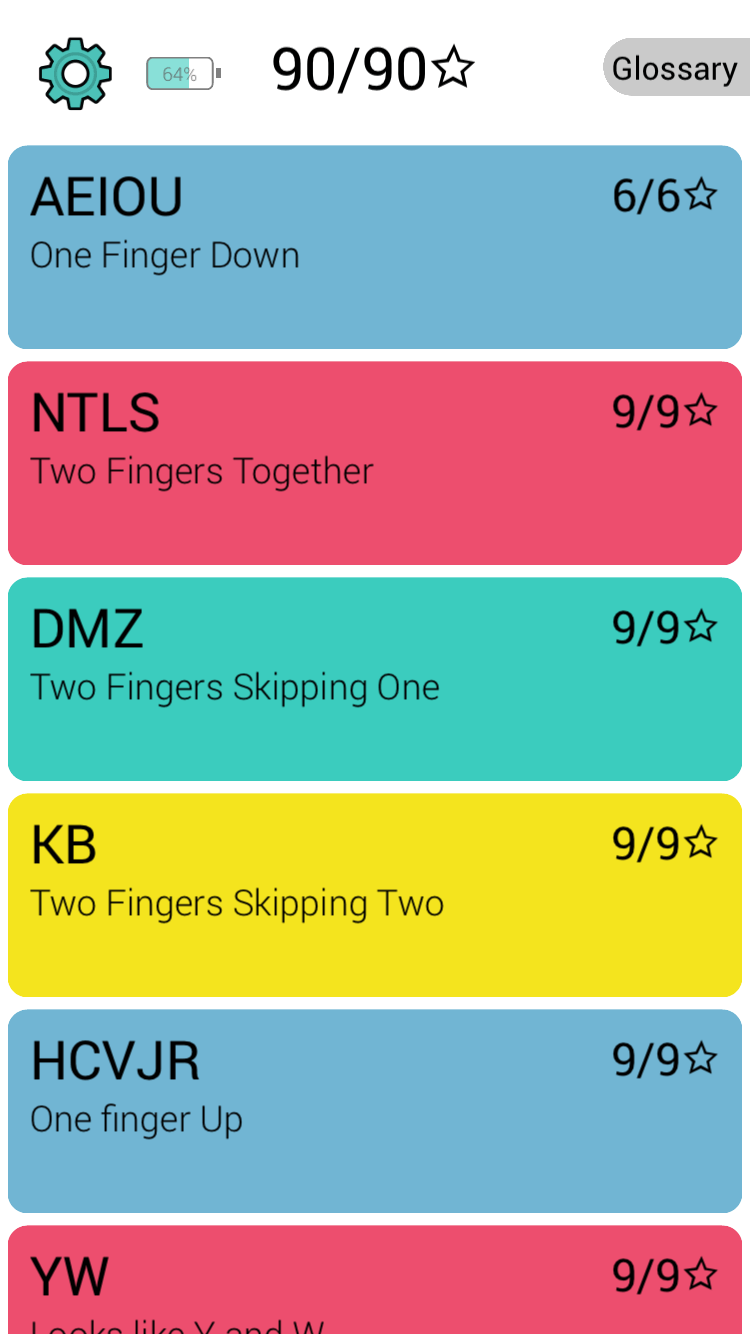 With every new set of letters I mastered, I'd felt I'd accomplished something significant, and I was actually having fun in the process. The gamification of the learning process makes it feel rewarding, rather than tedious, to get better at using the Tap Strap. It's truly engaging, and when I'd reached the end of the list of characters, I was a little bit sad that there wasn't anything left to absorb. However, TapGenius also includes a couple of games, which I used to polish my skills.

It wasn't until I more closely inspected Tap's website to write this article that I discovered I was missing out on an entire aspect of the Tap Strap with TapAcademy. This app is packed with minigames designed to give the user daily practice in order to increase their tapping speeds further. So far, I've only completed two days worth of TapAcademy lessons, but I do feel like I'm getting faster. Check out a not-so-quick demo below:

I'm still painfully slow typing with @tapwithus but I'm obsessed with it pic.twitter.com/uVxAlgzbLB

So far, my top speed with the Tap Strap has been 19 words per minute, and that's when I've been really in the zone. Typing on a traditional QWERTY keyboard, my WPM is 75 on a bad day, though I'm much, much slower on an iPhone keyboard. That's a big gap, but I'm hoping to close it. The Tap website says that the average tapper can type at 35 WPM after 20 days of TapAcademy, with a theoretical limit of 120 WPM, so I'm going to keep trying. It might only be a matter of days before I stop accidentally mixing up my vowels and the letters F and G, and finally master than tricky J shape. 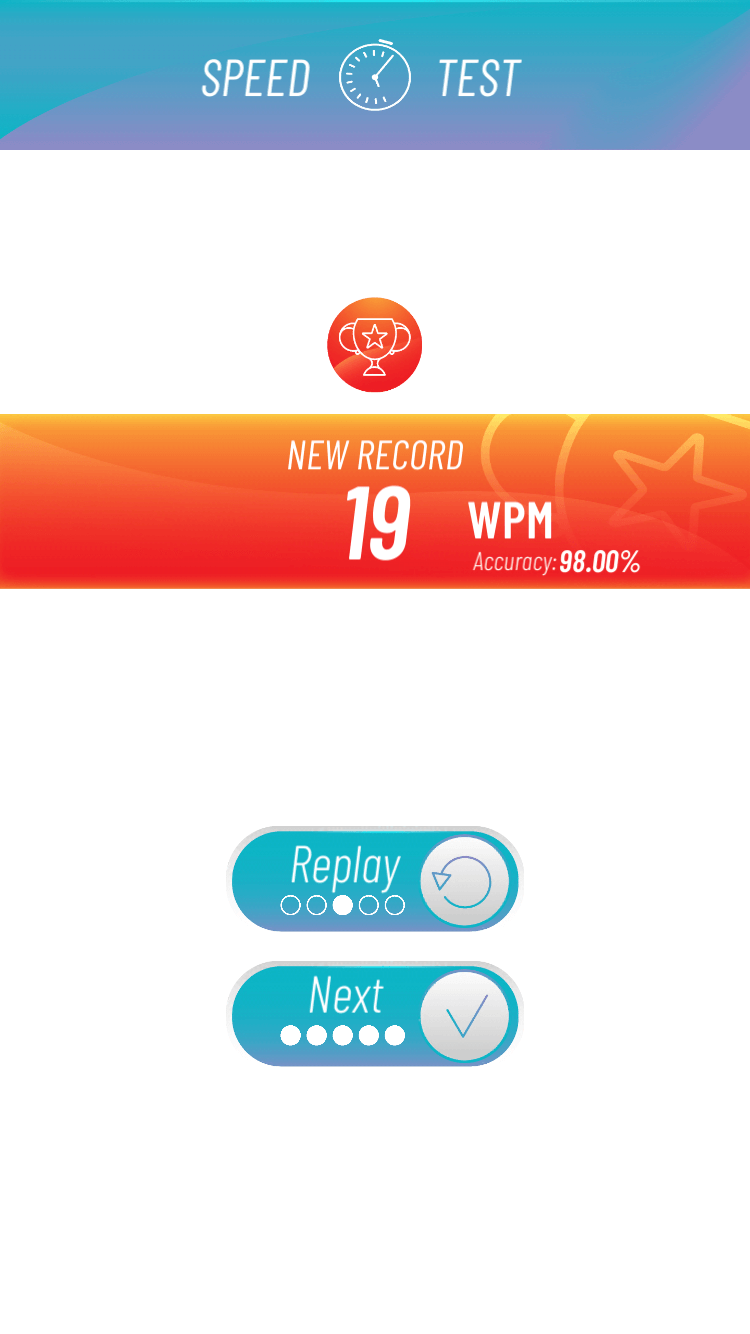 Until I get there, the Tap Strap will feel like more of a novelty than an ultra-practical tool. Some of Tap's ads show people stealthily texting someone back during a work meeting, but I find it to be a pretty conspicuous piece of hardware. While it might have its uses for communicating on the move, it might be easier to simply take out your phone and text back unless you're an extremely fast tapper. Still, I see the utility in replacing bulky keyboards and computer mouse with a single sleek device. Synced to a computer, it also doubles as a mouse, though I haven't personally used this feature much. I've mostly used it as work, where I already have a tablet set up instead of a mouse to maximize my efficiency.

The Tap Strap isn't the perfect tech accessory for everyone, but if you love weird gadgets, testing yourself and even showing off a little, it might be exactly what you've been looking for. It's $200 at full price, so you should only invest in Tap if you're willing to commit the time it takes to learn, and then master, its unique method of typing. If you do manage to master it, it could become an incredibly powerful piece of hardware for all kinds of work.

I personally don't think I'm ever going to be able to type faster using Tap than I can on a traditional keyboard, but the inherent challenge of the system keeps me coming back for more—even if I'm only typing at 19 WPM.

If you're all about traditional typing, click HERE to learn more about Lofree's stylish mechanical keyboards.