I Tattooed My Eyebrows and Here's What Happened

If you are a makeup tutorial junkie, chances are you've encountered eyebrow microblading videos.

This technique involves tiny tattoo-like incisions in your brow that result in natural-looking permanent brows. It can also be called a "micro-pigmentation" technique. It's safe and non-invasive and it gives the effect of ultra fine hair on your brow area.

Personally, I always found these Instagram videos interesting but I was too chicken to try them. To give you an idea of how pain adverse I am, I only have my ears pierced and that was risky enough for me. Just thinking about 11 tiny blades cutting into my brow area was enough to make me queasy. 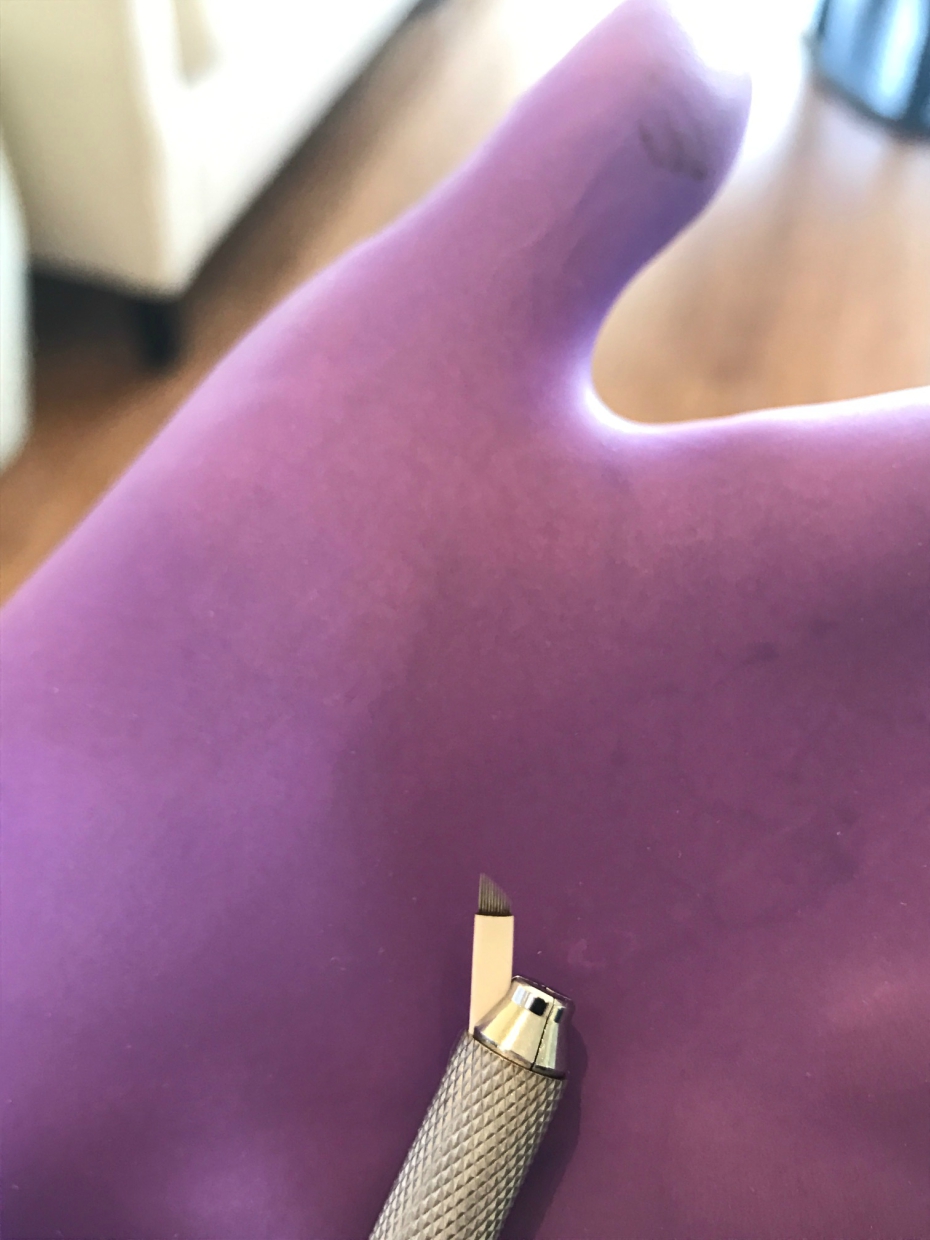 The picture above shows the tiny blades used for the procedure against a gloved hand for scale. You can see now why I was scared! 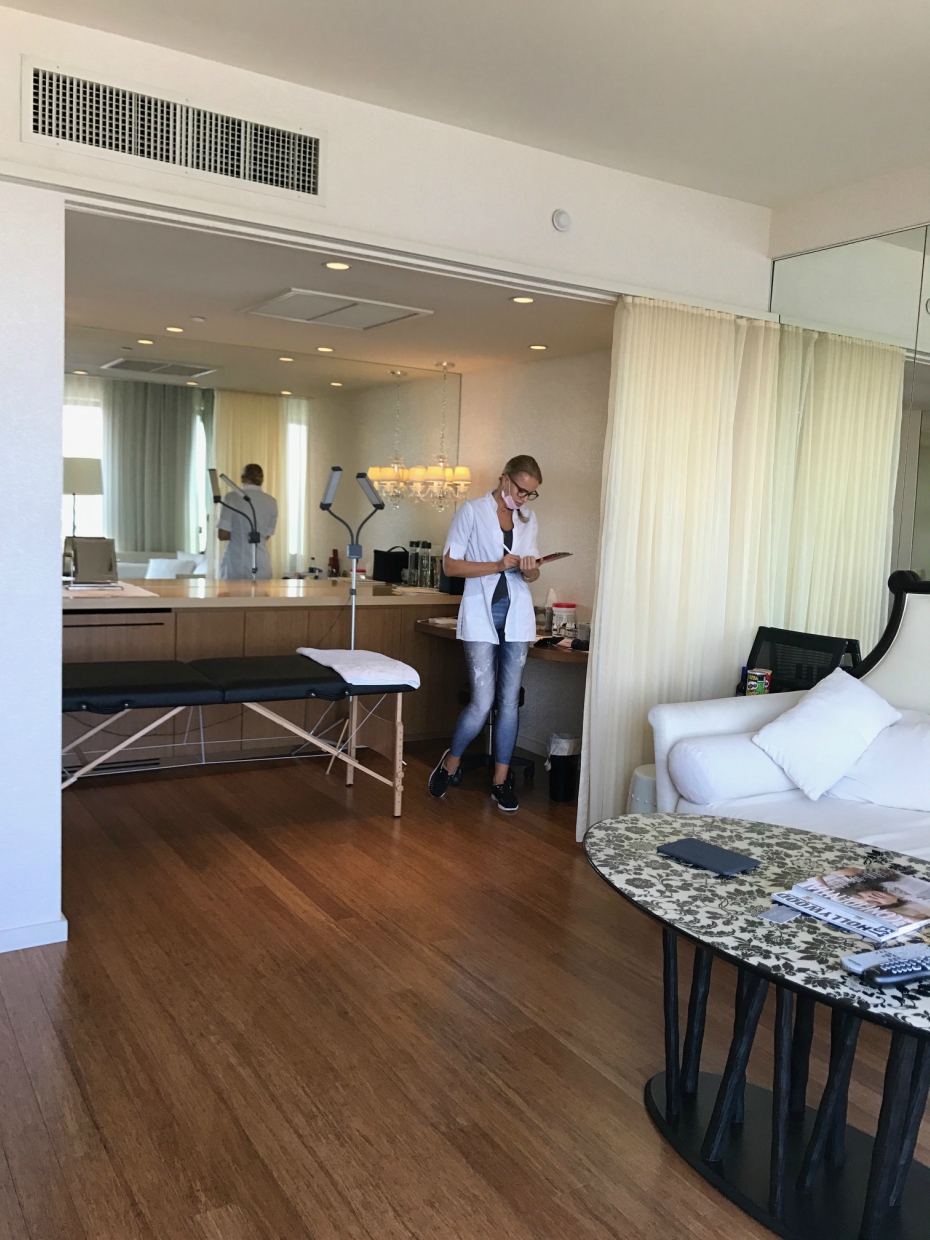 Enter Eyebrow Doctor Piret Aava, one of the world's most famous microblading experts. She is known for creating natural-looking brows and her work is so prolific that a laundry list of Hollywood celebrities trust her with their eyebrows. You can imagine my surprise when I learned that she would be visiting L.A. and I was able to snag an appointment. I obviously waited for the date nervously.

I arrived to her space and was immediately greeted by her warm smile. She gave me a rundown of what I could expect, and of course, I asked her about the level of pain I would feel. She let me know it varies depending on the person so I'd have to wait and see how it went. 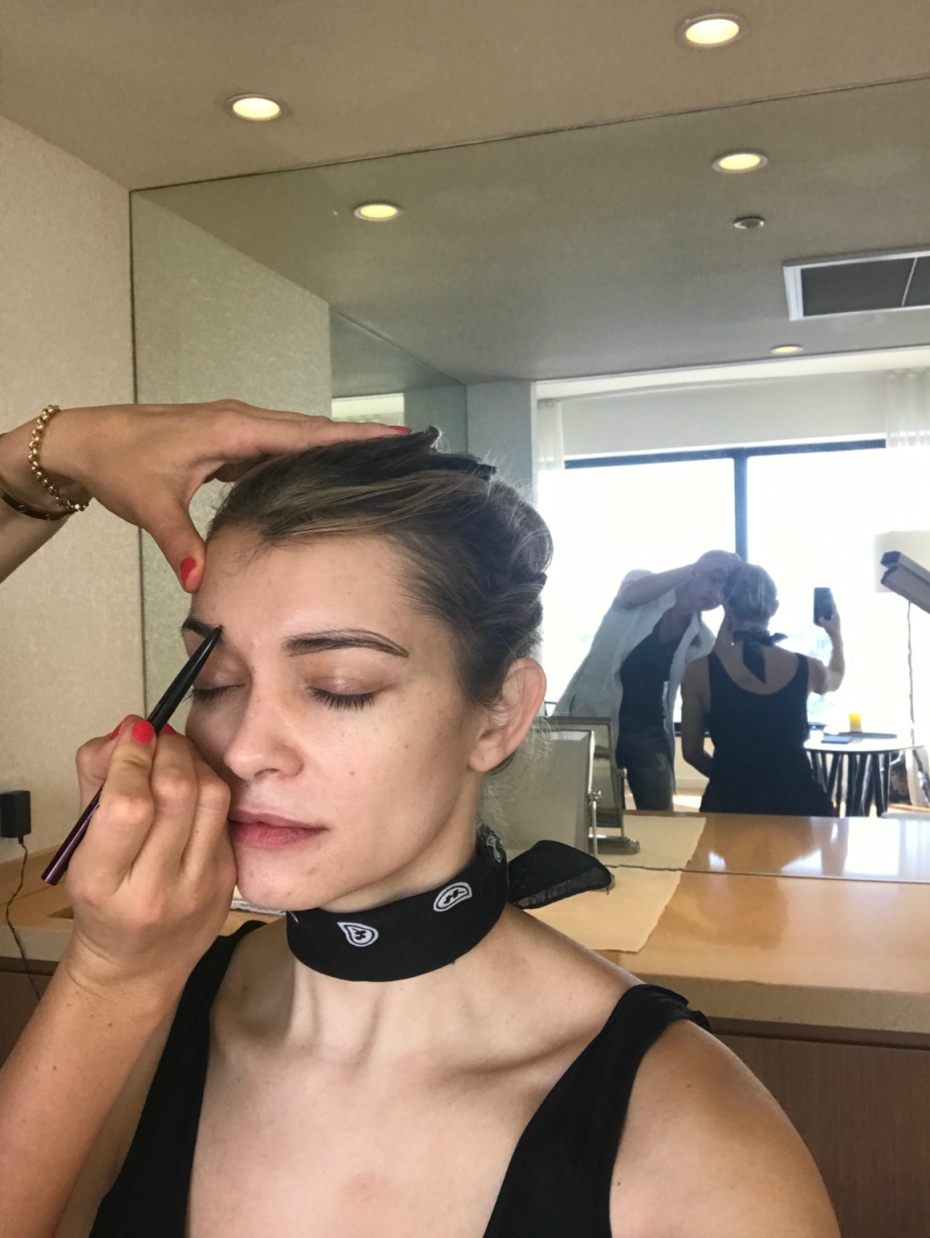 I settled in and she drew an outline of what my new brows would look like. She let me take a look so that I could be comfortable with the shape. After we both agreed on the outline, she got to work with some numbing cream. We waited about 15 minutes as she laid out all of the materials she would need. 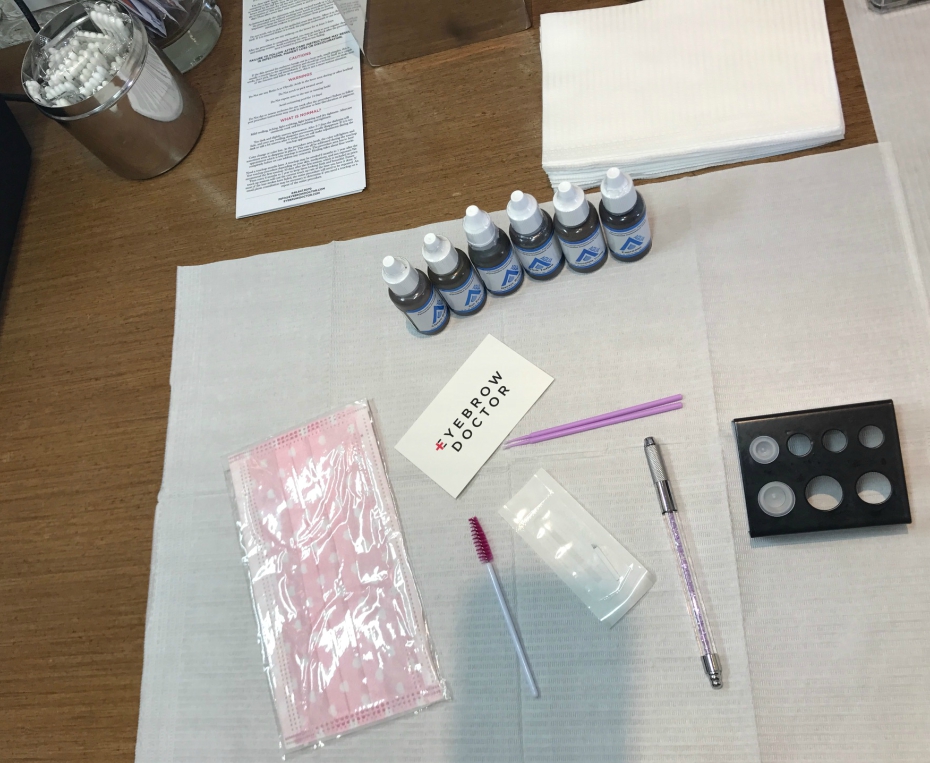 After the numbing cream had done its magic, she got to work! I tensed up anticipating the first stroke. I was delighted to barely feel it! The pain was non-existent! The only thing I could feel was a sweeping sensation as she made her way sculpting my new  brows. We did two rounds of strokes with a second application of numbing cream in between each round. There was some eyebrow tweezing involved and the pain associated with the tweezing was way higher than what I felt with the actual microblading. The appointment was over before I knew it and the results were immediate. 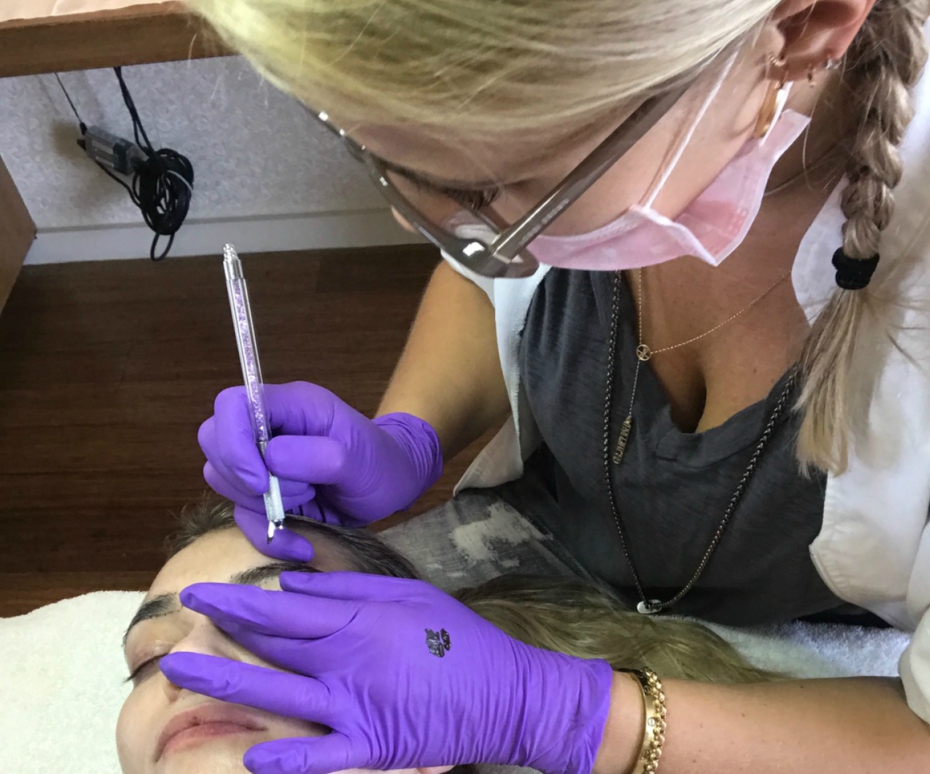 I nervously asked about aftercare, expecting a lengthy list of dos and don'ts. I was pleasantly surprised for the second time when I heard the aftercare process would actually be quite simple. Antibiotic ointment and vaseline would be my allies for the next week. I was to keep my brows dry and avoid crazy sun exposure. Simple enough! There is also a follow-up appointment that takes place four to six weeks after the initial appointment. 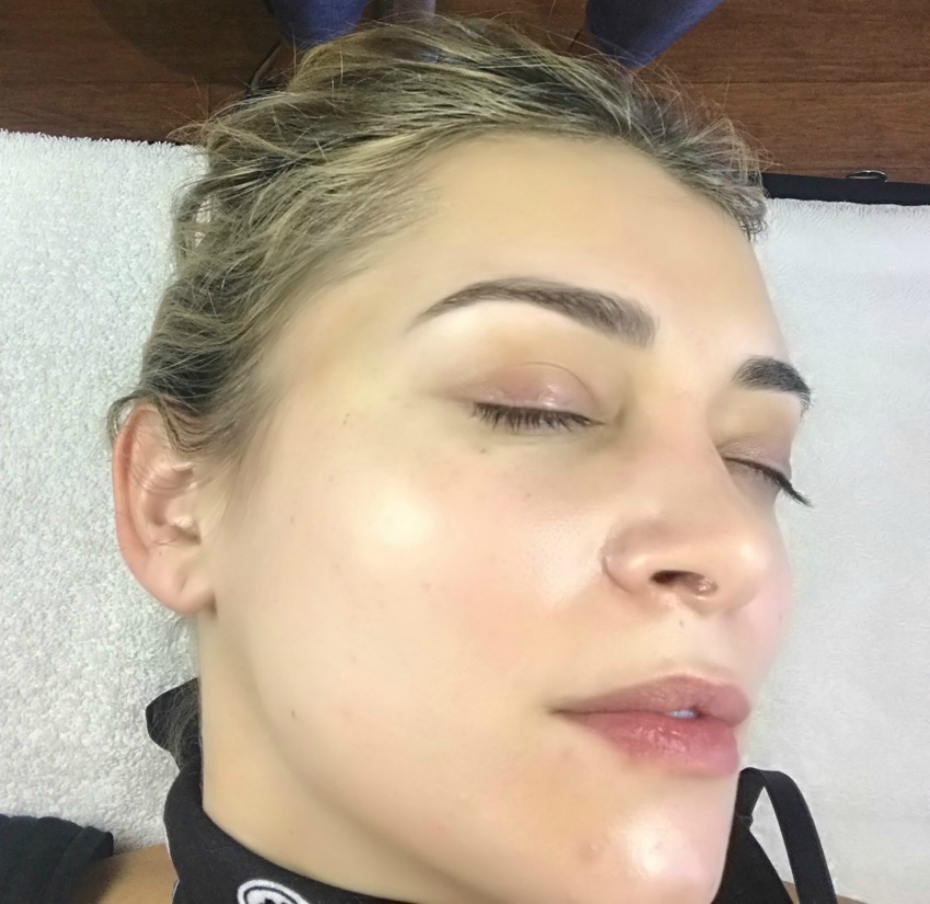 The effects of the procedure were immediately noticeable and friends commented on how great my eyebrows look. Everybody has been curious about the procedure and I've been happily recommending it. A great, full brow changes the way your whole face looks.

I'm really proud of myself for trying such an adventurous beauty procedure. But if you're not ready to give such a permanent change a go, try THESE easy-to-master techniques for fuller lashes!