13-year-old country singing sensation Tegan Marie is no stranger to giving back.

I mean, just earlier this year, the Flint, Michigan, native released a single "Lucky Me," and 100% of the proceeds went to children affected by the water crisis in her hometown.

So it didn't come as much of a surprise when we learned Tegan was giving back again in a big way.

Earlier this week, Tegan teamed up with Radio Disney Country as part of Give a Note Foundation's fourth annual Music In Our Schools Tour, and she treated a group of students at Salina South Middle School in Salina, Kansas, to a private concert. 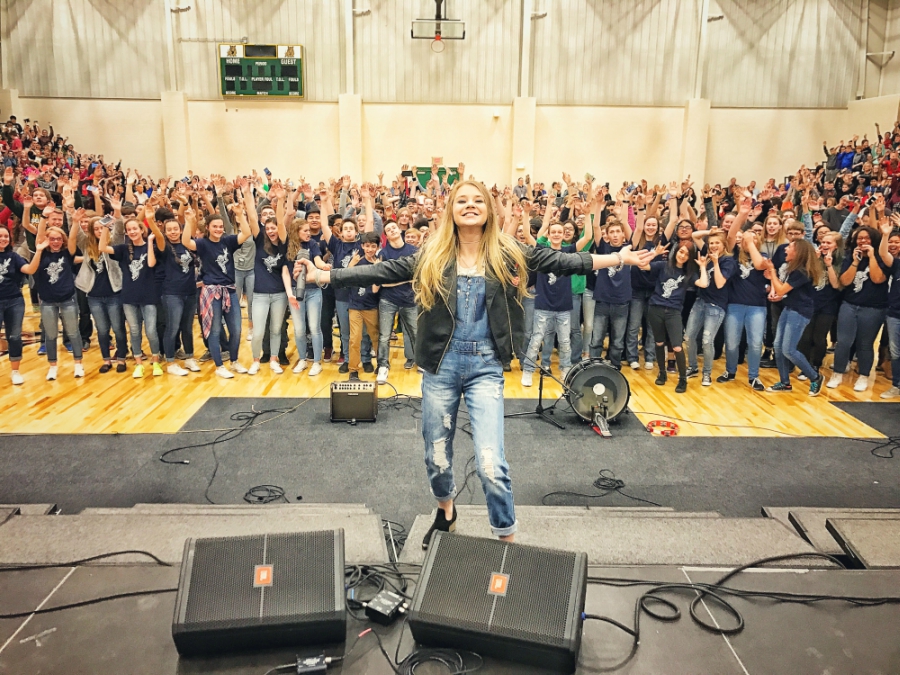 Salina South Middle School was one of just six schools selected to receive a $2,500 grant from Give a Note Foundation, which is to be matched by the CMA Foundation. This foundation hopes to bring awareness to the the importance of music education—something Ms. Tegan can definitely get behind.

The country cutie gave a great mini-concert that had a mashup of some of our fave songs like The Band Perry's "Done," Kelsea Ballerini's "Yeah Boy" and The Chainsmokers' "Don't Let Me Down."

This talented country artist never ceases to amaze us. Check out a few of the songs she sang at her middle school performance below:

Tegan has been busier than ever lately! Click HERE to see how she recently brought some serious girl power to our Sweety High panel at The Girls' Lounge at SXSW.
countrymusicradio disney countrytegan marie