Avoid These 9 Texts That Stop a Conversation in Its Tracks

Have you ever felt like you've hit a wall in a text conversation?

Things seem to be going smoothly one second, and then the next, the chat seems impossible to continue, or the other person stops responding and you realize that you texted them into a dead end. There are many types of texts that can stop the best discussions dead in their tracks. Keep scrolling to find out what they are so you can avoid them.

While there's a time and a place for emojis, it's also important to remember that they're no substitute for an actual text response. An emoji, no matter how well-intentioned, can effectively punctuate the conversation and make it difficult for the other person to continue the convo without going way off-topic. Whether it's the crying-laughing face, a thumbs up or even a lovely heart, an emoji is hard to follow up. If you want to keep the conversation going, combine the emoji reaction with what you're feeling to keep the ball rolling. Be careful not to rely too heavily on emojis when words might better convey what's going on. 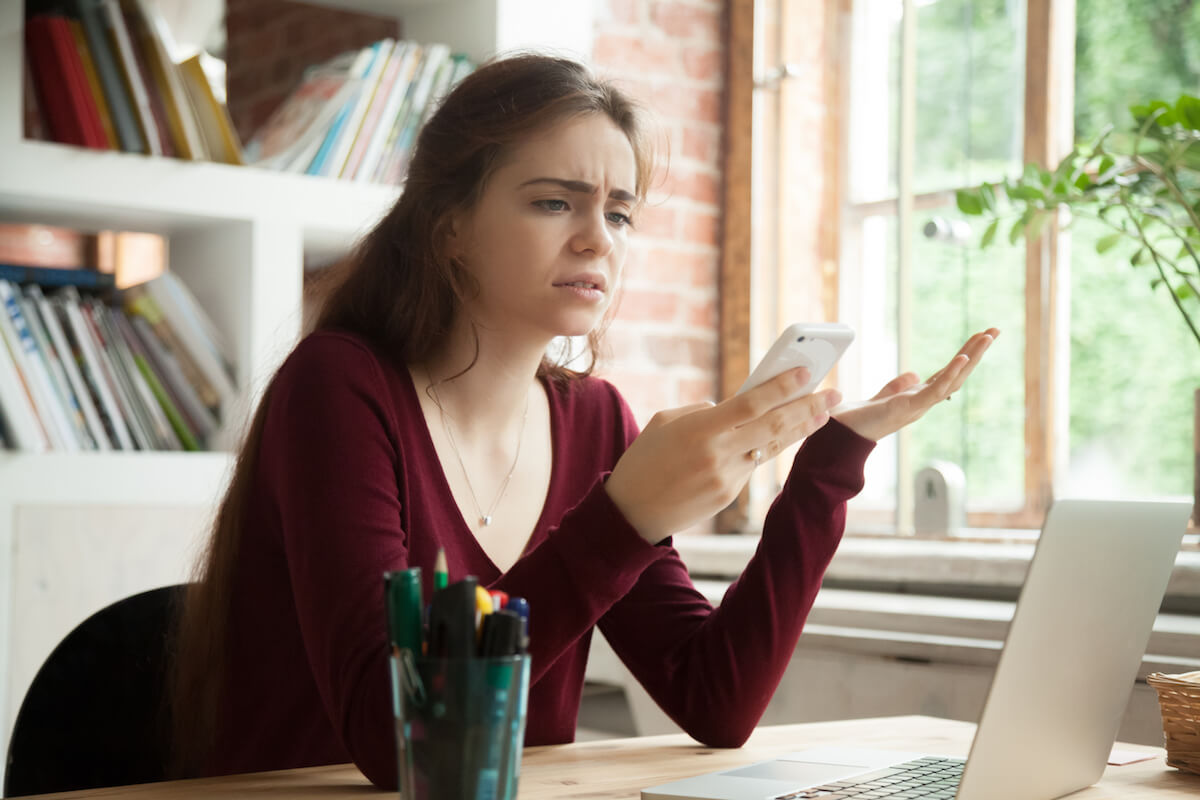 To the uninitiated, "K" might seem like a totally appropriate response to a text, but over the years, the meaning of this single letter has become quite nuanced. If you're going to learn one thing about texting, it's that "K" has a negative connotation, and you should avoid it unless you're truly angry or frustrated with someone. It effectively says, "I don't want to talk about this anymore," and signals the other person to give up. Remember that "okay," "OK" and "kk" each have their own distinct meanings which should be learned—but they're all preferable to the dreaded "K."

We all know that "lol" stopped meaning "laugh out loud" a long time ago. Nowadays, it means something closer to "I acknowledge the humor in this situation but have no idea what to say about it." It's not that "lol" is particularly bad, but it can indicate that the conversation is coming to a close because it's getting harder to say much else. Think of "lol" as an emoji. If you're looking for alternatives, "haha" has a more neutral subtext (even if it's also lost meaning over time).

If someone asks what you're up to or how you've been, responding with "nothing much" is guaranteed to end the conversation unless the person texting you is especially tenacious. The response can convey a number of things, and none of them are good. Either you're not interested in talking to them in the first place, you're being closed off and secretive, or you're actually a bore who does absolutely nothing. If you don't want to give off those impressions, do everything in your power to make it seem like you're doing something, even if it's just chilling at home watching TV.

When one branch of a conversation has run its course, there's nothing wrong with switching the subject to something more engaging to help it continue. However, when a friend is talking about one thing and you hop in and suddenly start talking about what you want to discuss, you're going to make them feel left out and like their input isn't valued. It's rude, and it simply shouldn't be done. Of course, this can be trickier in group chats where you have multiple things going on, but try to follow the lead and interject and change the subject only when the timing is right. 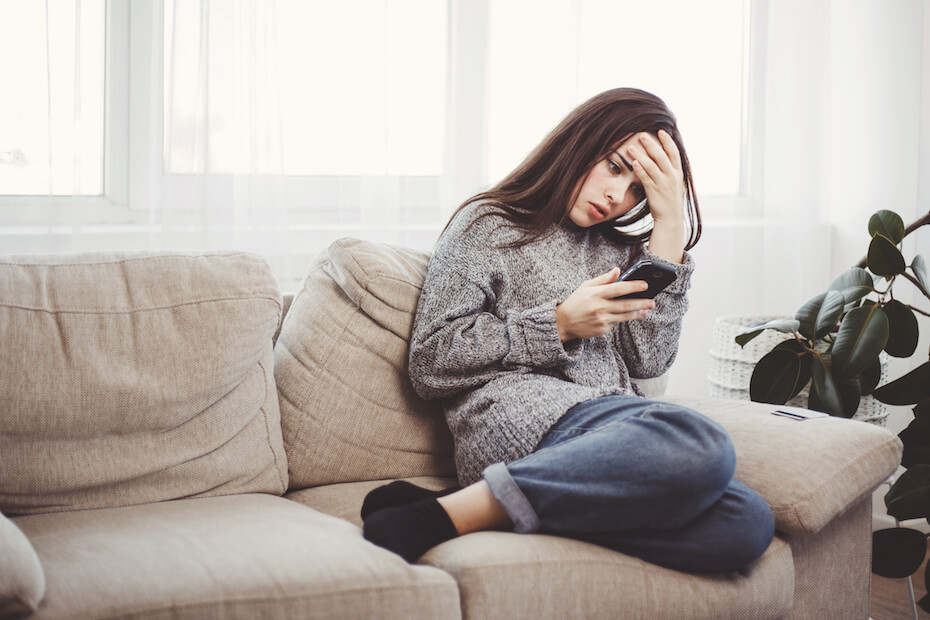 Sometimes when a conversation is ending and you really don't want it to, you might resort to turning it into an interview and posing some questions. While this can be a great tactic if you ask open-ended and interesting questions, it can also be a convo killer if pulled off improperly. For example, asking obvious questions you already know the answers to will make it seem like you don't pay attention, and ones that can be answered in one-word answers will make it feel like the text exchange should have ended a long time ago. Let your curiosity drive you to actual, interesting conversations that will teach you about the other person.

If you have a story to tell or a rant to go on, consider first whether texting is actually the best medium for it. Instead of 30 texts in a row, you may want to consider having the conversation through FaceTime, or getting your thoughts all in one place and sending it by email. A text monologue presents the recipient with a no-win situation. Interrupting would be rude, so they have no leeway to respond, and when you're finished, anything they might have to say won't seem adequate compared to the essay you just dumped on them. You'd think something elaborate would be a great jumping-off point for a conversation, but it's the opposite, so monologue wisely.

Everyone is entitled to a bit of venting now and then, but if all you ever do is complain, people probably aren't going to line up to text you constantly. It's important to know who's willing to hear your grievances and who isn't—and even with your closest friends who are happy to hear you out, don't treat them as your therapist. Instead, maintain balance in your conversations. Don't interrupt a conversation about a different subject to bring up your troubles. At the same time, if someone airs their complaints about their own life, and you take that as the opportunity to compare your hardships, they'll feel like you're trying to one-up them. Before you launch into your thing, ask your friend if they're open to your complaints, and give them a real opportunity to say no. 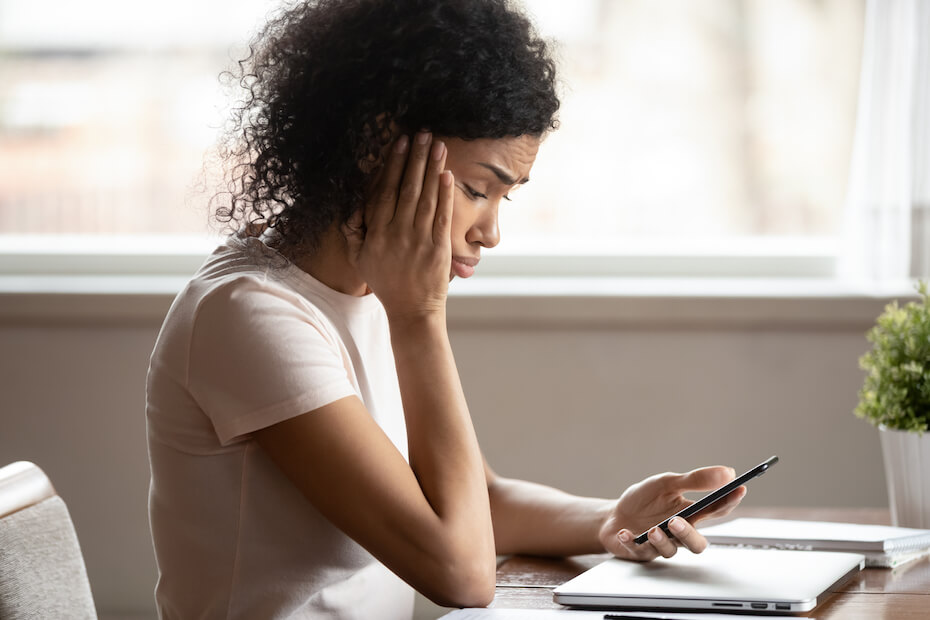 When it comes to texting, there's some grey area when it comes to interruption. Should you wait to respond until those three dots disappear, or does a sent text from the other person mean it's your turn to talk? Unfortunately, it often depends on the situation itself and the person involved. However, you can avoid certain types of interruptions, like making assumptions about what they're going to say next, or finishing their thoughts before they get the chance to. Interruptions are annoying, and people don't like it when you put words in their mouths. If you're not going to let them finish their own texts, many people might not want to text you at all.

Need more texting advice? Click HERE to learn about more texting faux pas to avoid if you want to be a better communicator.