The Johnsons Dish On "Bang Bang" and More!

The Johnsons is an up-and-coming band made up of brothers Connor, Clayton and Chantry Johnson. Earlier this week, they released a cover of "Bang Bang" that old and new fans alike can't get enough of! 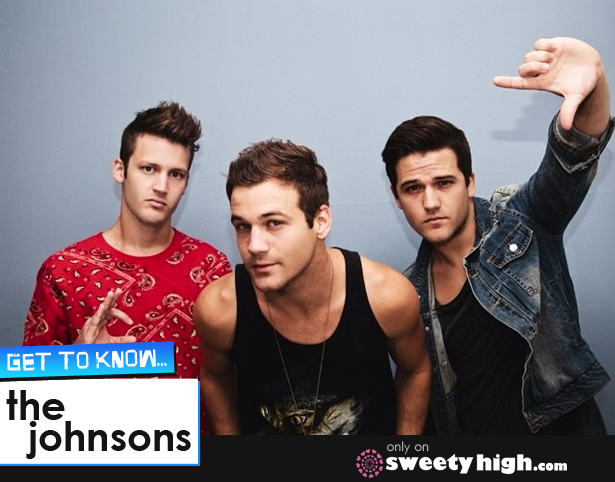 The brothers recently spoke with us to discuss the origins of their band, their new cover and more!

Connor, Clayton and Chantry had always been musical as individuals, but it took a while for them to come together to form a band.

"We had always considered starting a band as brothers, but it's been years since the three of us lived in the same city," Connor said.

Things changed when all three brothers relocated to Los Angeles.

"We thought, 'Why not?'" Connor said. "We started writing music and putting out videos just a few months ago and we are already getting a great response."

"I got cast to play a construction worker in the actual 'Bang Bang' music video," Clayton said. "I had never heard the song before, but I couldn't get it out of my head even days after the video shoot."

The song made an impression on Clayton, and he felt he had to do something about it.

"I called Chantry and told him, 'This song is gonna be MASSIVE. We have to cover it!'" Clayton said.

On August 24, the brothers released a version of "Bang Bang" with their own unique spin.

Their cover of "Bang Bang" featured Mandy Jiroux and was directed by Dog With A Blog actor Blake Michael!

"Blake and I have been very close friends for a long time," Chantry explained. "We write music together and hang out every day."

Blake had already directed a number of short films, which Chantry had really enjoyed. Blake was happy to direct The Johnsons' video for "Bang Bang."

"He was really passionate about helping my brothers and I get our band off the ground," Chantry said. "It only made sense to have him direct the video. Having his artistic vision definitely made the video."

The band hopes that their work with Mandy Jiroux will be just the first in a long line of incredible collaborations. They have a number of artists on their collaboration wish list.

"We would love to work with some of our favorite YouTube artists including Kurt Hugo Schneider, Cimorelli and Max Schneider," Connor said. "I think our collaboration with Mandy was a huge step in the right direction, so we want to keep that momentum going."

Fans of the band also have some new music to look forward to in the future!

"We are currently working on our first batch of original songs to release," Clayton said. "We intend to continue putting videos and content up online as well. We really just want to show the world who we are."

For the latest updates on videos, gigs and new music from The Johnsons, be sure to follow them on their social media pages below! You can also watch The Johnsons' cover of "Bang Bang" featuring Mandy Jiroux below and join us at SweetyHigh.com to share your favorite content from The Johnsons with our community!