After waiting more than a year for its release, we expected quite a lot from this sequel. Unfortunately, we were disappointed. Although The Kissing Booth 2 was predictably cheesy and filled with fun drama, it made one fatal mistake: it introduced us to Marco.

Although Elle and Marco clearly had chemistry and deep feelings for one another, the movie ended with Elle once again chasing after Noah. Well, we think she made the wrong decision, and we'll tell you why.

Keep scrolling to find out why Elle should have ended up with Marco in The Kissing Booth 2.

Elle Moving on From Her First Boyfriend Is Logical

First and foremost, Elle moving on from her relationship with Noah would have been a logical next step in her life. People rarely stay with their high school loves forever. The lucky few who do find the love of their life in high school are definitely the minority. Although Elle clearly loves Noah, it's unlikely he's her lifelong person. They only started dating during her junior year, after all!

Most people date a few people over the course of their high school careers. While Elle might think her love for Noah it's the only love that matters, that's likely because she hasn't experienced love with anyone else. Moving on with Marco would have given her more relationship experience, which would have ultimately pushed her towards her final person. 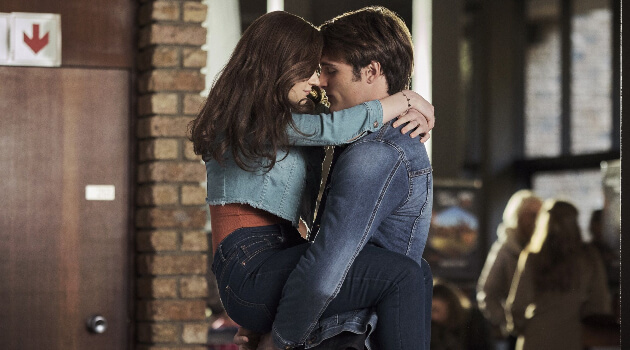 Elle and Noah Were Growing Apart

It made sense for Elle to move on from Noah, not only because it's logical to date more than one person in your life, but also because she and Noah were growing apart. They talked rarely, and their conversations were often cut short because Noah was busy hanging out with his college friends. Speaking of, Noah's life was going in a direction entirely opposite to Elle. He was across the country, having his own experiences and embracing the independence of living as an almost-adult.

Elle and Noah had very little in common to begin with, and they only grew further apart over the course of this film. In truth, it's hard to see what binds them together beyond a blind feeling that they're "meant to be." But sometimes when you grow apart from someone, it's better to just let them go. Chances are there's something better waiting for you in the future (like Marco).

Speaking of shared interests, guess who actually had similar hobbies to Elle? That's right—Marco. While Noah and Elle were busy riding around on his motorcycle (a hobby of his, by the way), Elle and Marco could bond through their shared love of arcade games, particularly the dancing game. Elle and Marco seemed to actually enjoy the same things, which definitely can't be said of her and Noah. While sometimes opposites attract, other times it's better to date someone a little more similar to you. Unfortunately, Elle didn't get a chance to find out if shared interests make for a stronger relationship because she didn't even give Marco a chance. 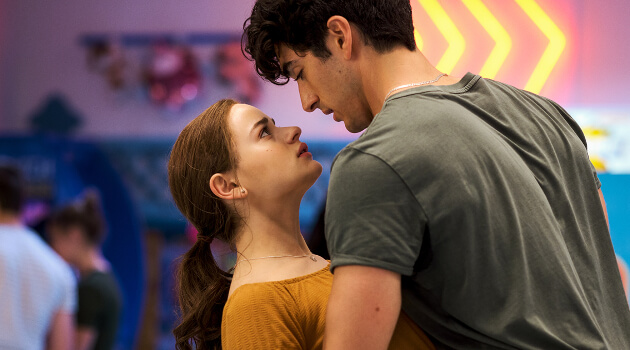 Beyond the fact that Elle and Noah were growing in different directions, their relationship was also rife with trust issues. As much as Elle tried to make it seem like all her fears were unfounded, the truth is she couldn't trust Noah. Whether her fears were based in reality or not, she didn't have much faith in her boyfriend. Even when he did tell her the truth about his relationship with Chloe, she didn't really believe him.

What is a relationship without trust? No, Elle didn't have a reason to worry, but her lack of trust in her boyfriend is concerning enough. In fact, that alone is enough of a reason to move on. In a truly healthy relationship, trust shouldn't be such a problem. Elle's lack of faith in Noah is indicative of deeper problems in their dynamic.

One of our main problems with Noah has always been his violent temperament. He's constantly trying to start fights. Rather than controlling his temper by himself, he relies on Elle to calm him down when he's feeling aggressive.

Marco, on the other hand, doesn't seem to struggle with the same violent behavior. In fact, he seems like a very easygoing guy with a fairly carefree temperament. Not much gets to him. In fact, he seems wholly understanding of other people's struggles. Even when Elle turns him down in front of the entire school, he reacts with grace and still claims she's worth fighting for. Noah would never. 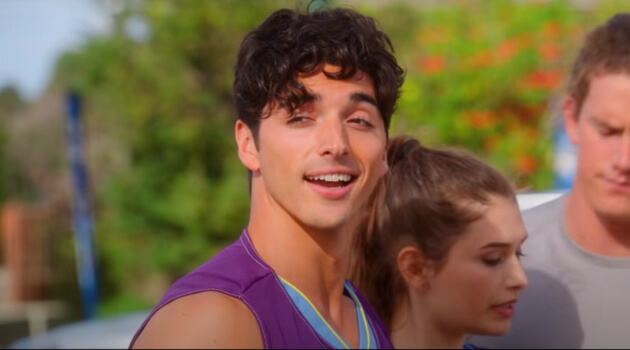 To sum it all up, Marco is just plain better than Noah. While Noah was once the big man on campus, Marco easily stole his place. Plus, he's even hotter than Noah. He sings, plays guitar, enjoys arcade games and cares about other people's feelings. Noah, on the other hand, seems primarily concerned with himself. Combine all of Marco's positive qualities with the fact that Elle and Noah's relationship just wasn't that strong throughout the movie, and it's clear that Elle made a mistake. Perhaps she'll remedy her poor decision in future Kissing Booth movies. Either way, we're keeping our fingers crossed for an Elle and Marco love story.

Still want to show your love for this movie? Click HERE for Elle Evans quotes from The Kissing Booth 2 to use as Instagram captions.