Because 'Once In A While,' You Can't Pick Just One – The Duo Timeflies Is Our #MCM

It's Monday and we're sitting here getting all googly-eyed over the heartthrob duo Timeflies!

We caught up with the "Once In A While" singers last week, but we think you need to know exactly why else these rad guys are our #MCM this week. 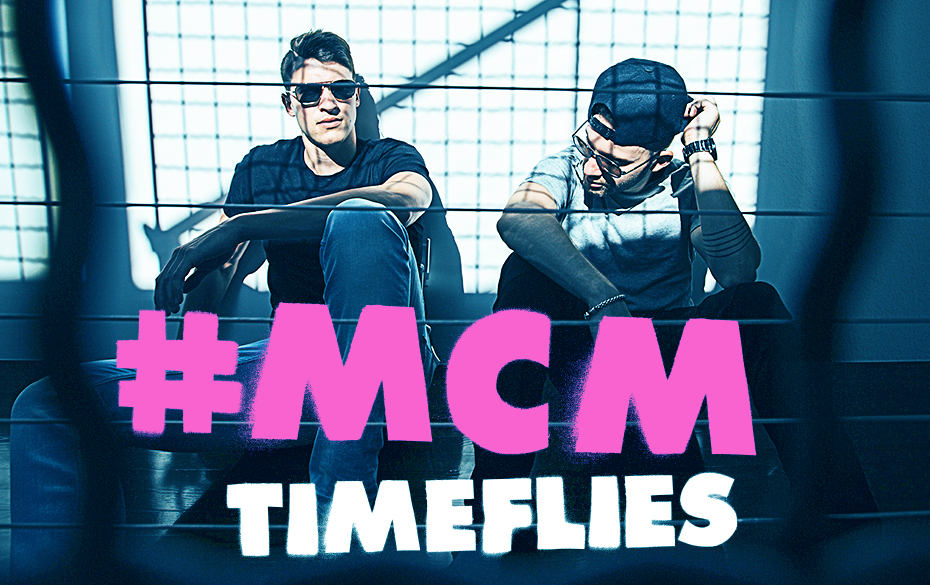 Based In: Los Angeles, CA

1. "Once In A While" is their first radio single and their first song to reach the Top 40 on pop radio. They also just released the music video for the song!

Once In A While music video is out tomorrow! Check it on @mtvhits at 6 am et and all day. #onceinawhile

2. In 2012, their EP One Night was number one on iTunes before they were even signed. Their competition? Just Taylor Swift, Rihanna and Adele – no big deal.

We did it #onenight

3. Rob and Cal started off producing music in their college dorm room.

4. Their fans are known as "flyhards." And yep, we're totally self-admitted #flyhards.

5. Two words: Timeflies Tuesday. Cal and Rob make the coolest videos on their YouTube channel by taking random words and making raps out of them to our favorite tunes. They even did a Taylor Swift medley once and it was nothing short of amazing.

6. The guys met when they joined a band together called The Ride. They then joined forces in 2010 to form Timeflies and we couldn't be more thankful.

We can't wait to hear what's next from these cuties and we know you can't either! We live for new music so be sure you don't miss all the amazing new tunes out RN.