Trader Joe's has been a staple store in my life since I was five years old.

They have just about everything a girl could need, especially being a vegan girl.

Recently, the grocery store chain upped the ante with the release of their Mocha Nut Latte. This organic beverage starts off with a mix of cold brew, almond milk and cashew milk, then is flavored with dates, cocoa powder, vanilla and a pinch of both Himalayan pink salt and cinnamon. 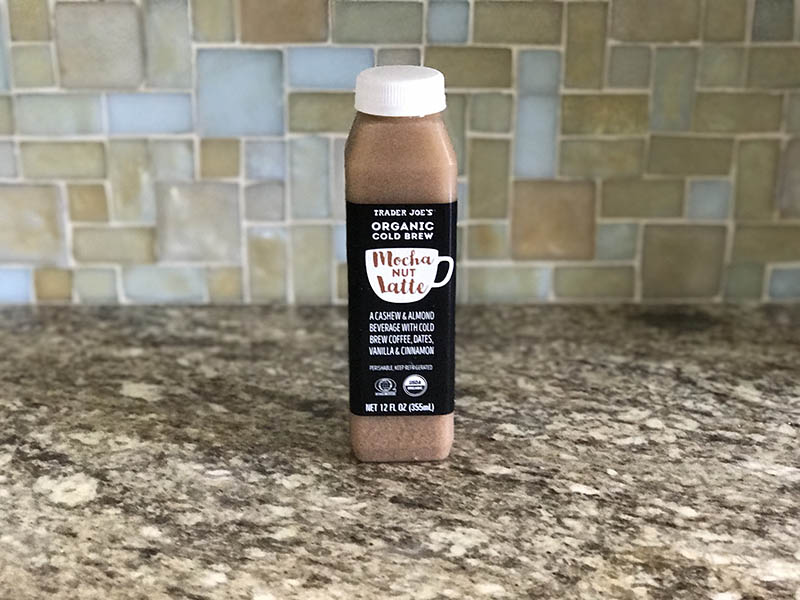 I love cold brew as much as the next person and because Trader Joe's never lets me down, I was excited to give this bad boy a proper taste test.

Scroll below to see what I really thought of the Mocha Nut Latte:

Walking into my local Trader Joe's, I was worried there wouldn't be any available, but luckily I was able to get my hands on a bottle.

After taking plenty of pics of the Mocha Nut Latte, I gave it a vigorous shake and chugged some down.

I was nervous that it'd taste salty, considering that salt was a main ingredient, but it mainly just tasted really cinnamony. There was way too much cinnamon in there for my liking.

I tried to shake the bottle a little more, but I couldn't filter out the overpowering taste of cinnamon.

I must admit that the combination of almond and cashew milk was tantalizing to my tastebuds, but I didn't get much of the coffee. It was more like a flavored milk. It wasn't the worst thing I've ever had, but it wasn't the best.

At $4.49 a pop, this drink is a bit pricy for my liking, especially because I wasn't too fond of the drink.

If you're a fan of heavily flavored coffee, then you might find this enjoyable. And if you flavor everything with cinnamon, then this beverage is right up your alley.

As for me, I think I'll stick to my Starbucks cold brew for now.

While this Trader Joe's product wasn't my fave, their Cauliflower Pizza Crust is amazing. HERE's why it's worth trying.