Our Favorite Photos From the Dreamworks Trolls The Experience Rainbow Carpet

On November 14, 2018, Dreamworks Trolls The Experience held their grand opening, bringing a little more color to the streets of New York City. The new location-based adventure features a 90-minute walkthrough experience filled with interactive exhibits, lively music, glittery designs and the chance to meet all your favorite Trolls characters.

To launch the exciting display, they rolled out the Rainbow Carpet, giving us a taste of what we can expect from the immersive exhibit. Stars of all ages came out to fully embrace the Trolls universe, snapping some fun and magical pictures on the way.

Some stars, like four-year-old Ariana Jalia, were especially excited about the opportunity to meet their favorite characters from the movie. 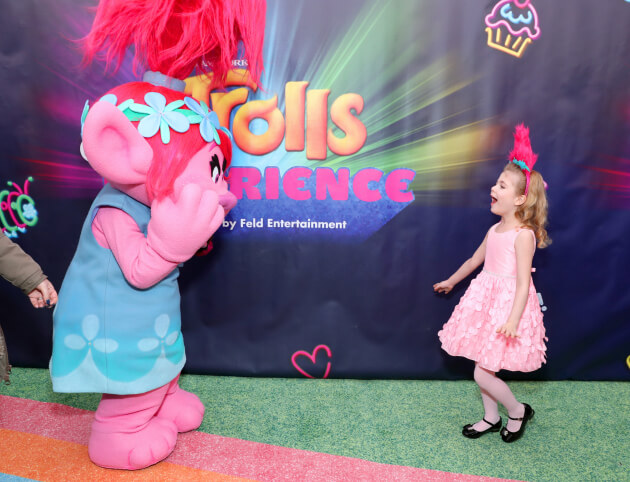 Whereas, Malina Weissman, known for her role as Violet in Netflix's A Serious of Unfortunate Events, kept it cool around the vibrant and musically-inclined troll. 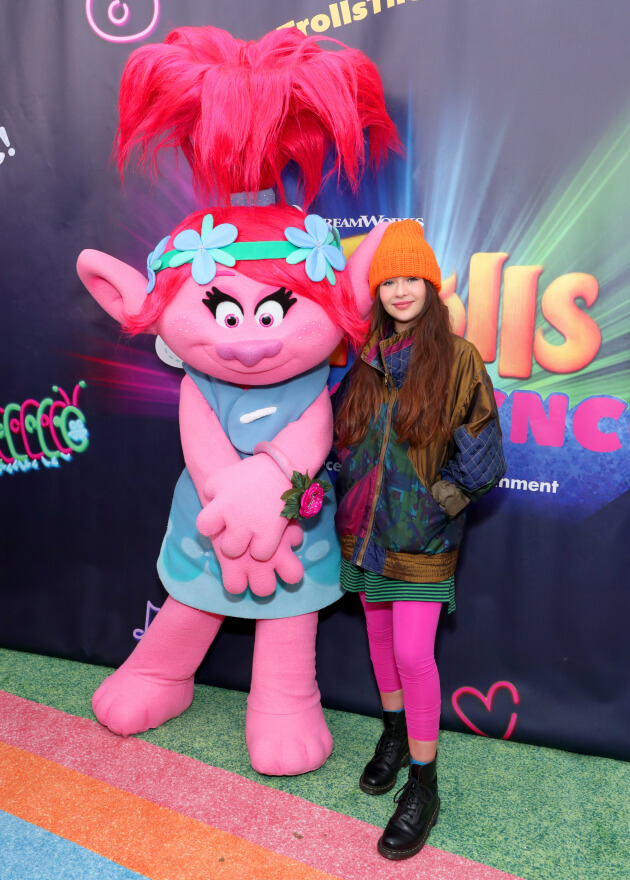 While Malina decided to snap some pictures solo, Real Housewife Dolores Cantania packed as many people as she could into her photo with life-sized Branch. 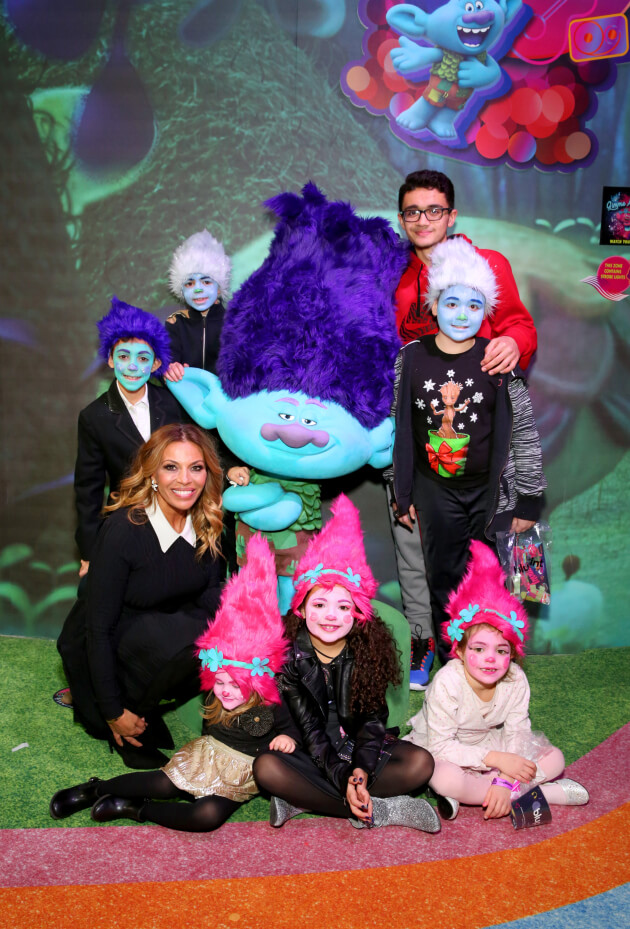 Almost all the attendees, including Jenni Farley and her daughter, took advantage of the Hair-We-Go Salon and Barbershop, where attendees got to turn into Trolls. 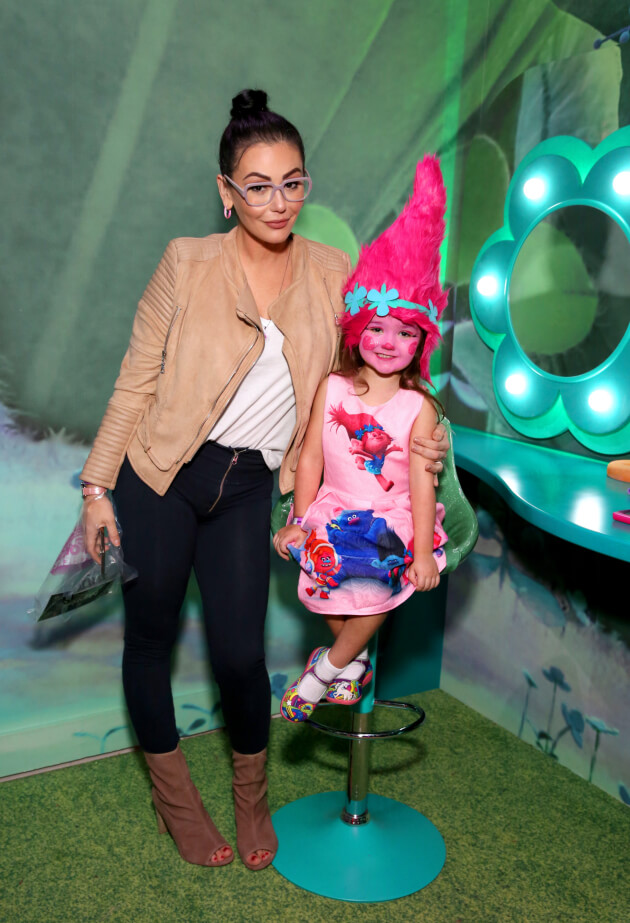 We particularly liked Ryan Buggle and Sadie O'Sullivan's look, as they went all-out with their magical, colorful makeovers. 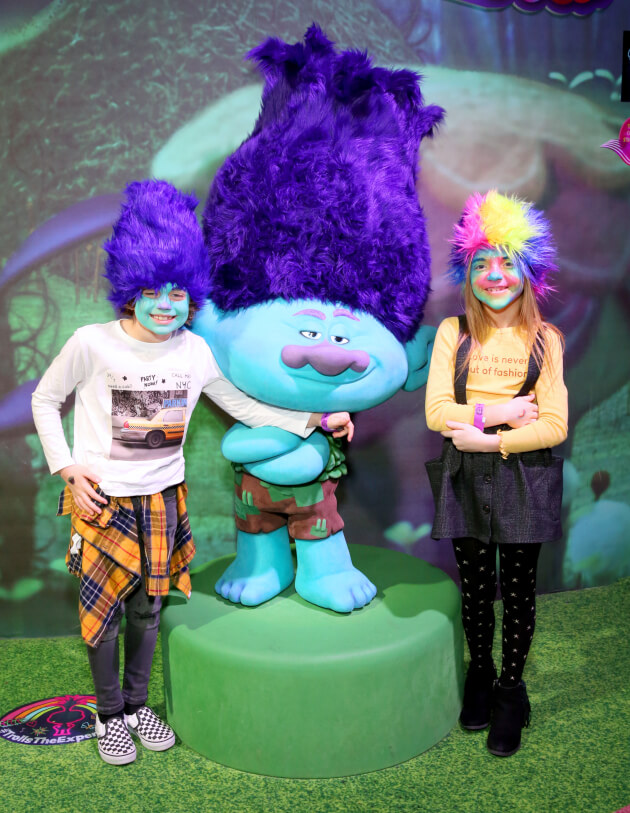 Of course, our faves of the night were Chloe and Halle, who looked absolutely stunning in their bright and shiny jumpsuits. 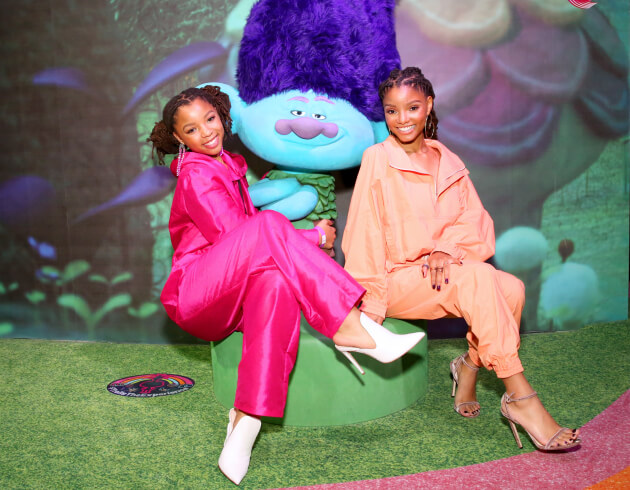 The photos look like loads of fun, and they're just a small taste of what the entire experience has to offer.

If you happen to live near or plan to visit the NYC area, make sure to snag your tickets to this magical, immersive adventure HERE. But if The Big Apple is a little too far away or you can't seem to snag a ticket, have no fear—the experience is expected to tour other cities across the U.S. following its NYC premiere.

Wondering which character you should embody in the Hair-We-Go Salon and Barbershop? Click HERE for the Trolls character you're most like, based on your zodiac sign.