It all started in July when Omnom chocolate sent me their s'mores kit and I had my first s'more in years, falling madly in love with the flavor of a roasty, toasty marshmallow. Since then, my go-to dessert has become anything topped with a roasted marshmallow, and I've gravitated toward all things s'more.

So when I stumbled upon Tuck-ins—the inside-out s'more—on Instagram, I knew I had to reach out. They kindly sent me a set of five of their s'mores to try out for myself, and here's how it went.

Tuck-ins does their s'mores a little bit differently, putting a chocolate-coated graham cracker inside of the marshmallow for a full s'mores experience in one simple, tasty package. They come on sticks, so they're ready to roast, and are designed to cut down on mess without sacrificing on taste. While you can enjoy them roasted or unroasted, they're definitely designed to be caramelized over an open flame or heat source for the best experience. They even come with extenders, so that you can roast over a campfire from a safe distance. 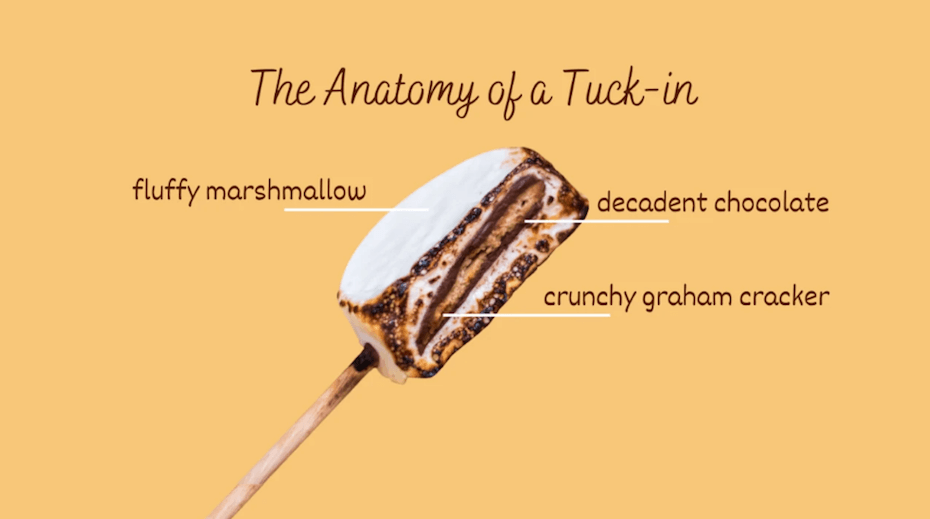 I like to start my taste tests with the most standard flavor when possible, and here, that meant beginning with the Classic S'more. Seeing as I have electric burners on my stove rather than gas ones with a flame, I've taken to making all of my s'mores under a broiler, so I planned to slide this s'more off the stick, put it on some parchment paper and roast away.

But there was one hiccup—the chocolate and graham cracker center of this s'more are stuck on there good, which makes sense, because you don't want it all to go sliding off the stick. I instead opted to shove the whole thing into my toaster oven/broiler, and to keep a close eye on it to make sure nothing caught fire. After a couple of minutes, it was browned to perfection on top, and I was excited to dig in.

I did find that the bottom of the s'more, where it was sitting on the parchment paper, had gone a bit melty, but that wasn't too much of problem because it was so tasty. The marshmallow was gooey, and took on a delicious buttery flavor where it was toasted a golden brown, and the center was filled with a graham cracker and rich chocolate. I love that there's more marshmallow here than chocolate and cracker, because that's precisely how I like my s'mores. However, I do wish that the center could warm up a little more as the marshmallow roasts, because I may be in the minority about this, but I love the chocolate in my s'mores to be as melted and soft as the marshmallow itself.

The brand sent me three of the Classic S'more in total, so for the second one, I tried a different approach. This time, I still used the broiler, but I used the stick to roast them, almost like the classic campfire experience. This time, instead of using the broiler's high-heat option, I tried low heat. While it did still melt and drip a little bit, I was able to get a more even and browned roast on the outside of the s'more, and this time, it tasted even better. 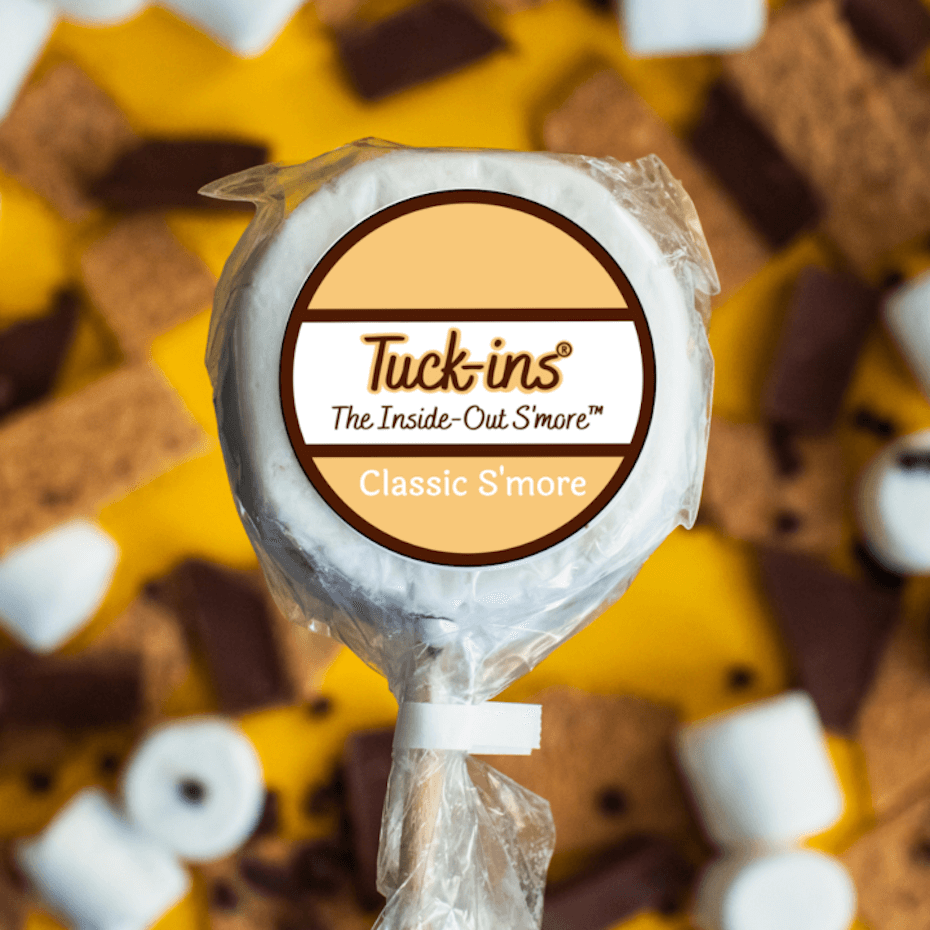 The Cookies 'n Cream s'more is an inversion of the classic, replacing the graham cracker and milk chocolate with chocolate cookies and white chocolate for a different experience. I repeated the process of roasting on a stick under the broiler, and while I enjoyed this s'more, I didn't like it quite as much as the classic. The cookie's chocolate flavor is a bit subdued for my taste, and I found that the white chocolate blended into the marshmallow a bit, though I can definitely see this flavor having its fans. 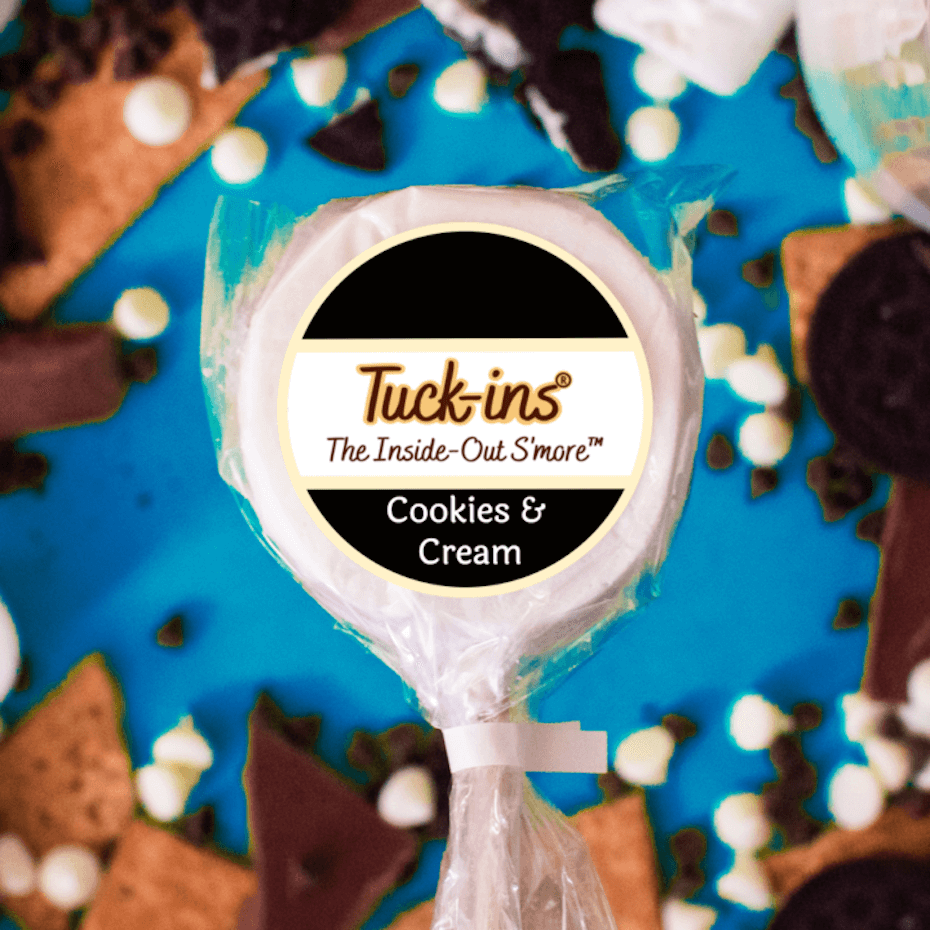 Last, but not least, was my favorite of the three flavors—the Peanut Butter. Not only is the chocolate in the enter of this s'more flavored with peanut butter, but so is the marshmallow itself. The result was a tasty s'more reminiscent of a Reese's cup, and paired with the gooey, toasted marshmallow, it wasn't long before I devoured the whole thing. 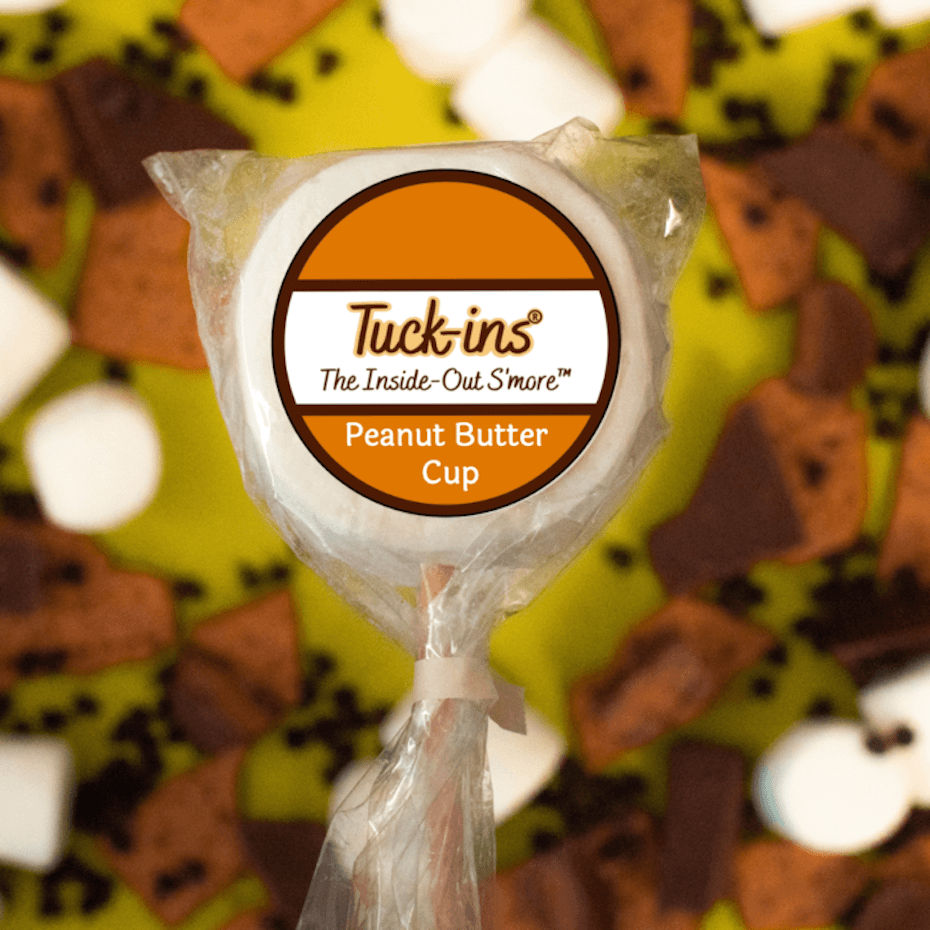 Tuck-ins take all of the hassle out of making s'mores, putting everything you need into one tasty package on the end of a stick. I had the most success with them roasting under a low broil, finding that high heat made them melt and drip, so I can't say how well they'd do over an actual flame, but I did find that no matter how melty they got, they were still delicious. The $4-per-s'more price point also won't be for everyone, but since s'mores are usually a treat for special occasions like camping trips, it makes sense to splurge a little extra for them.

Love s'mores as much as I do? Click HERE for our favorite twists on the classic s'more you have to try.