All the Reasons You Won't Be Able to Put Down Nintendo Switch's WarioWare: Get It Together!

As someone who's been playing WarioWare titles ever since the first one back in 2003, I was thrilled when WarioWare: Get It Together! was announced on the Nintendo Switch.

I've always been a fan of these chaotic collections of microgames, somehow masterfully strung together with a story about Wario and the eclectic team that helps him make games for his video game company, WarioWare Inc., and after three years, I was curious to see how this latest title might stack up against the rest. Now that Get It Together! is out, and the folks at Nintendo sent me a review key to try the game out for myself, I can see this as a classic and hilarious title I'll be returning to for a long time.

The story of WarioWare: Get It Together! begins with Wario and his team of ragtag developers putting the final touches on their latest release. However, Wario's always been a greedy guy, and his latest get-rich-quick scheme has resulted in some problems with the game. When he and his friends/employees wind up getting sucked into their new game by a bad software bug, and they must complete a series of minigames to not only set themselves free but also to find out what happened in the first place. Hint: it has everything to do with Wario's quest for money. 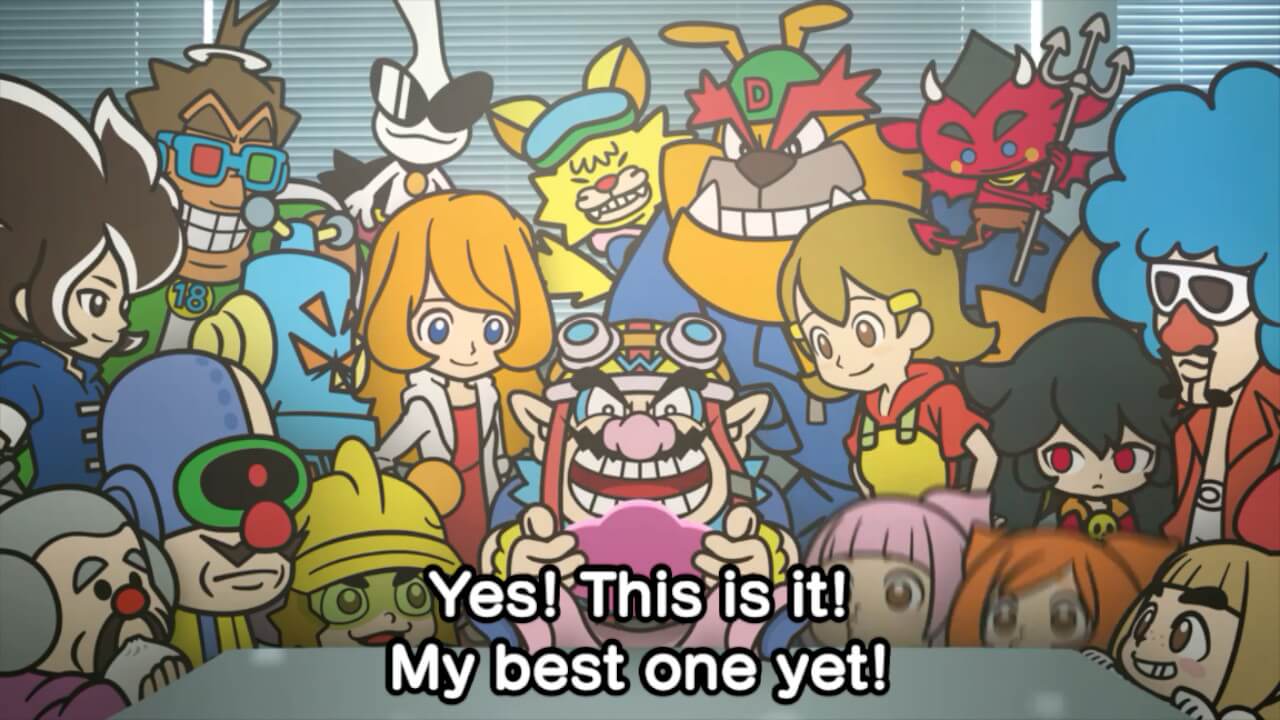 Players will want to get right into the game's story mode, and after learning more about Wario's plight, you'll be introduced to his controls. In Get It Together!, Wario flies around with a jet pack and has a bash move that can dislodge objects, hurt enemies and more. These moves are important to mastering the quick, funny and frenetic microgames presented to you, whether you're knocking all of the coins out of a bag of money, identifying a wanted cowboy based on his poster, taking a sword out of its sheath or solving Wario's indigestion. 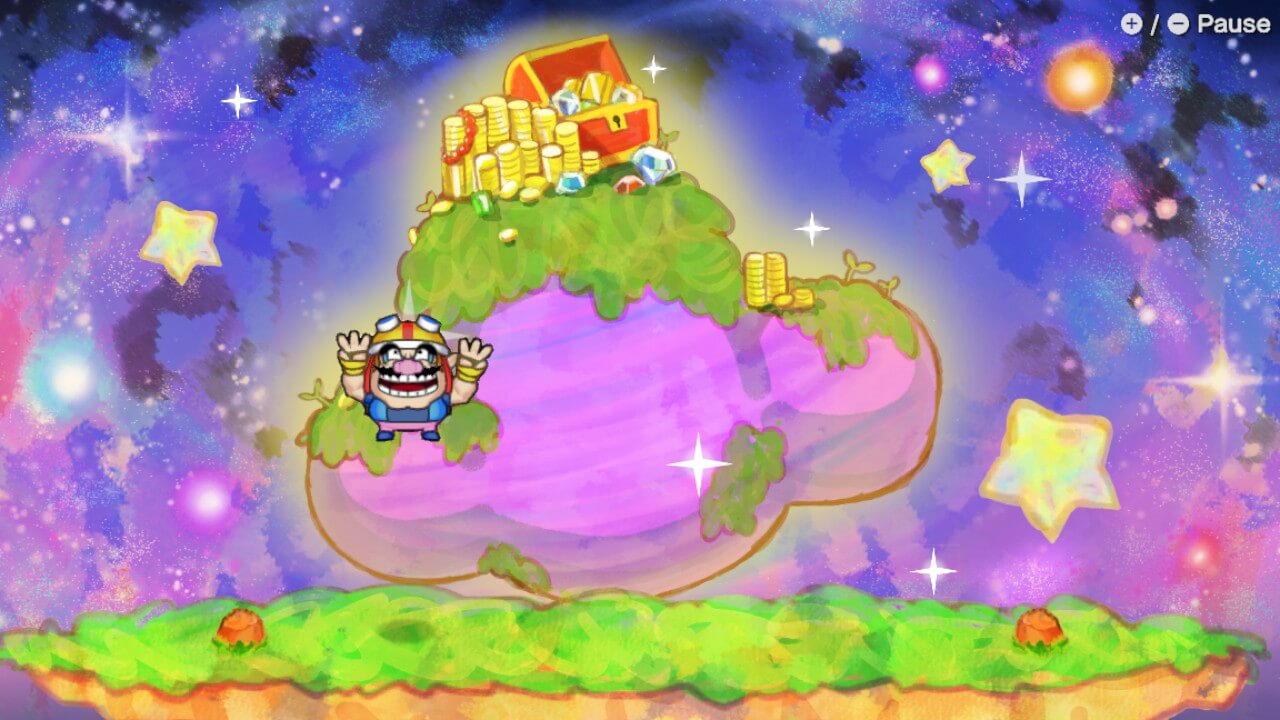 And that's also where Get It Together! is pretty different from WarioWare titles of the past. Almost since the beginning, the series has been about utilizing system gimmicks, whether that's twisting a built-in gyroscope, drawing lines and tapping on a touch screen, blowing into microphones, waving Wii remotes and more, in addition to simply pressing buttons. This one goes back to the roots by being controller-based, but there's a new twist. This time around, you're actually playing as WarioWare's, many of which have been around since 2003's WarioWare, Inc.: Mega Microgames! It may seem like a small change, but its impact on the game is huge.

While at the start of Get It Together!, you can only play the game as Wario, the story mode will help you quickly unlock the rest of his team, resulting in a total of 18 playable characters, each with their own unique strengths and weaknesses (though some characters definitely have more strengths than others). As soon as you beat Wario's first batch of minigames, you're introduced to the leaping martial artist Cricket, and before long you can unlock him—and the next character, and the next. 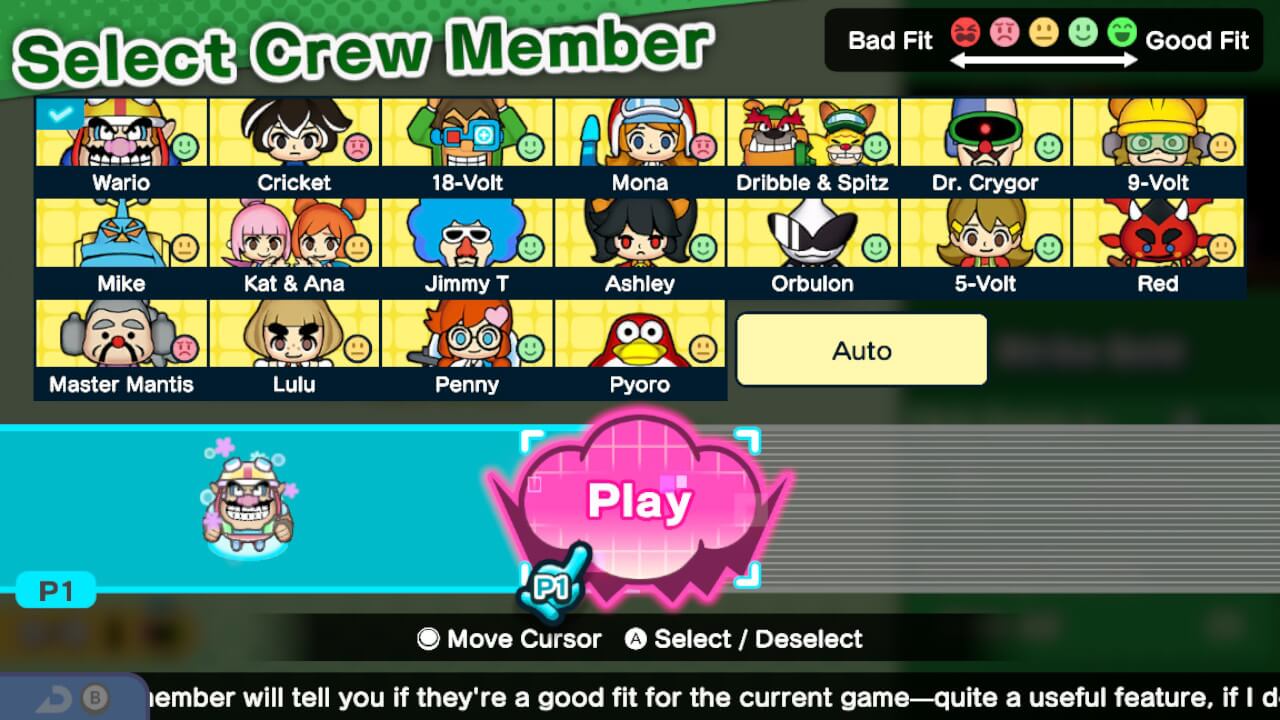 Every moment of this process feels entirely worth it, not only because the microgames themselves have such a unique sense of charm, humor and unpredictability (plus, they're themed after the hobbies of their "developers") but also because it's so easy to get invested in the colorful and unique characters, as well as their backstories. It only makes sense that that mad scientist Dr. Crygor would have tech-themed microgames, and that the Earth-obsessed alien Orbulon makes games based on our culture. Of course, my favorites are 9-Volts "Nintendo Classics," all of which are based on recognizable and beloved Nintendo games. I also loved discovering the identity of the final playable character, which felt like a fun Easter egg for long time WarioWare fans. 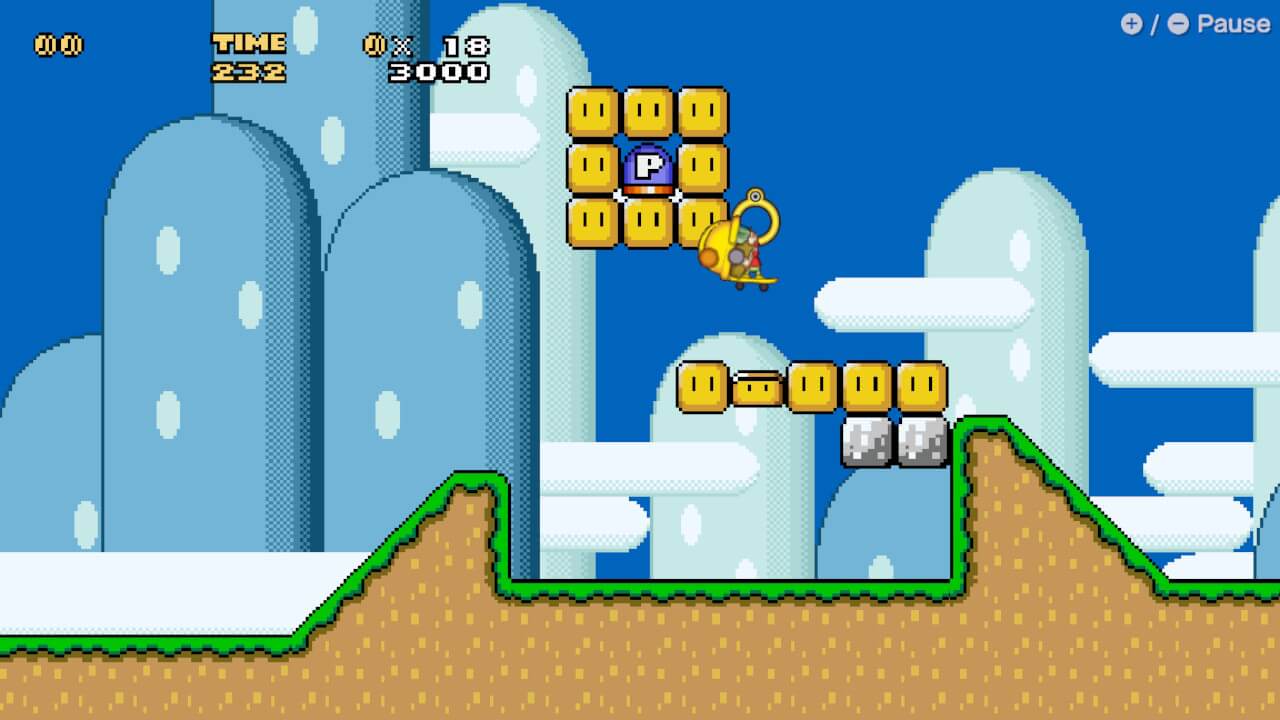 But it's the differences between the characters that really offer the most variety. Each and every one of them plays differently, and over time, you'll likely gravitate toward certain characters who match your specific playstyle.

Personally, I prefer characters that offer the most control—and a projectile attack, if possible. My go-to team consists of the singing robot Mike, witch Ashley, alien Orbulon and little demon Red—and sometimes Wario if I need a fifth character—because of the versatility of their movement and their shooting attacks. At the same time, when the game asks me to use all of the characters and makes me use the water-propulsed Penny, the stationary disc-throwing 18-Volt or the slowly hopping Lulu, I prepare myself to potentially lose those games because I'm awful at controlling them. I don't really see the appeal, but I can imagine if you like an extra challenge, you wouldn't mind mastering these characters. 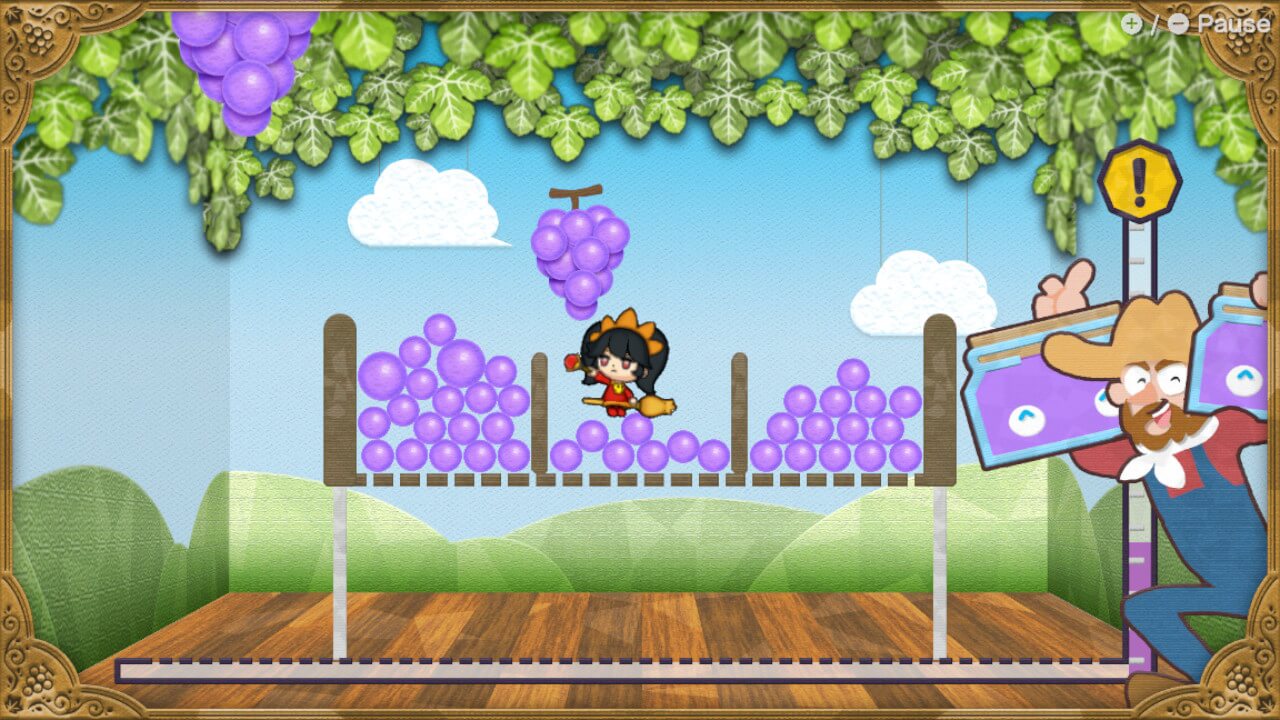 The fact that the microgames actually include the characters also means they have to be adaptable enough to be beaten by each one. It's a marvel that they've accomplished this seamlessly without the games being a mess. At the same time, this may also limit the games in some way. Regardless, they're mostly a ton of fun, and worth replaying again and again—especially where the rewards come in (but I'll get to that later.)

Speaking of, the games themselves are a doozy. It's appropriate that they're titled "microgames," rather than "minigames" because they're over in a flash, usually asking you to do one tiny thing to accomplish them—and sometimes they can be over before you even understand what you're supposed to do. But it's generous, too. You generally have four lives (which means four chances to make mistakes), and then the next time it comes around, you'll be better prepared for success. 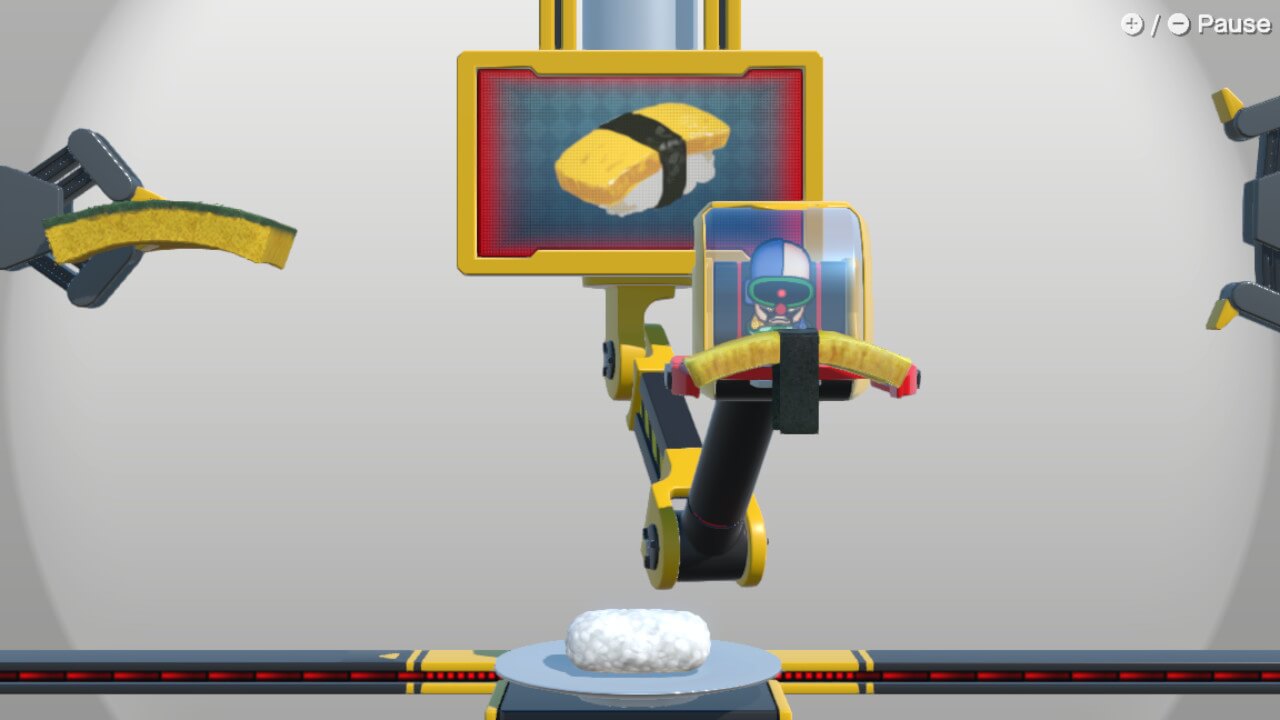 It helps that these quirky games are all brilliantly designed, seeming to aim for maximum weirdness in the best way possible. The art style is as eclectic as the characters themselves, and their creators put a lot of care and attention into making each one as silly and bizarre as possible, and it just works. Even the disappointment in failing a game is slightly curbed by getting to see the animation that accompanies it. Everything is expertly crafted with unique animations so that, whether you win or lose, you'll see something interesting, and some of the theme music even has alternate versions that play depending on how successful you are. 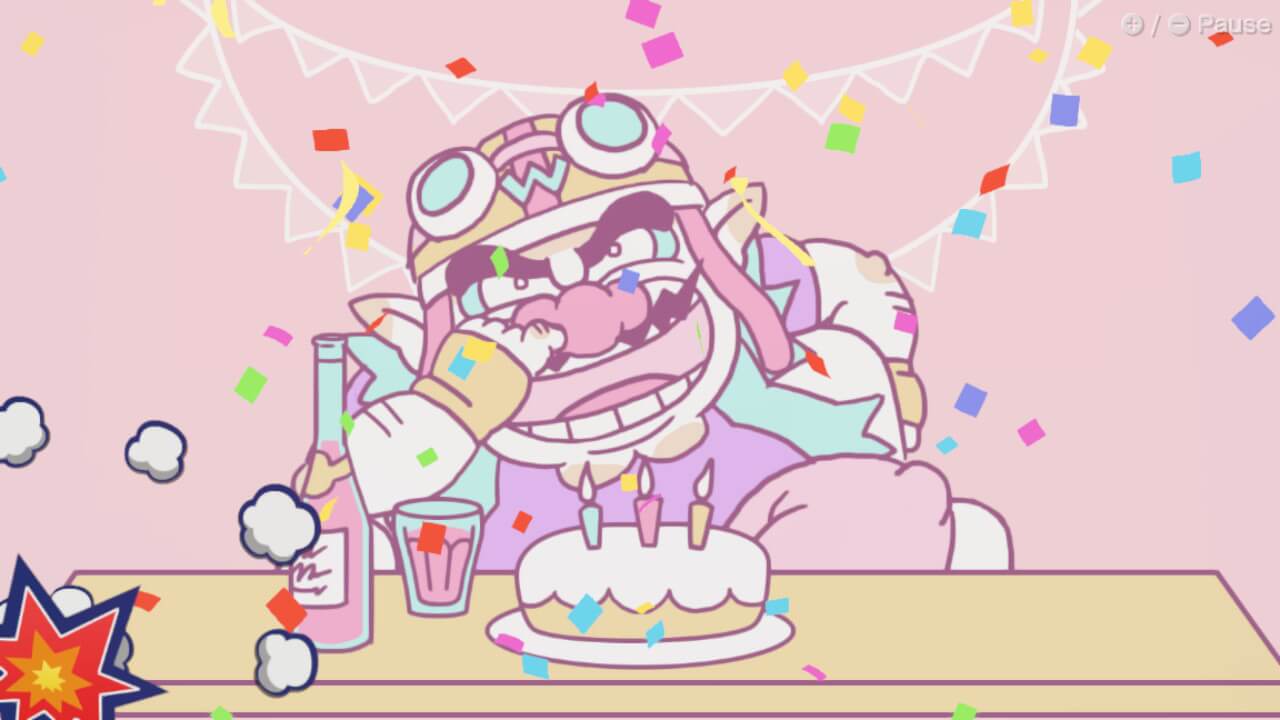 But be warned that this is not a relaxing, wind-down game to help you get cozy before bed. These fast-paced games are designed to get your heart beating fast with always-increasing intensity and speed, and the rapid music and sound cues are anything but soothing. It just gets more and more extreme as you do better and better, and the games get harder, too! If you're stressed out easily by increasing pressure, the WarioWare series as a whole is probably not for you.

However, the story mode shouldn't take you too long to finish on a first playthrough. It only took me a couple of hours to see the entire story and unlock all of the characters. However, it's very much worth coming back later to discover every microgame WarioWare has to offer, as well as to complete missions and gather loads of coins. And later, when you return to the story mode, successfully beating a boss level will also give you another life, allowing you to rack up higher and higher scores.

This is a WarioWare game, so of course, the story isn't all there is to do. Playing it through also unlocks other modes, including Variety Pack, which includes single-player games and frantic multiplayer games to share with up to three friends, and the Wario Cup, where you can compete in weekly online challenges for coins and trophies. In the Play-o-pedia, you can revisit all of the minigames you've unlocked, while the Crew area allows you to spend hard-earned coins on "Prezzies" to gift to your characters in order to level them up. This may sound slightly useless, but it's actually become one of my areas of obsession within the game.

That's because leveling characters up not only increases the points you can earn in the Wario Cup but also unlocks art galleries, as well as new colors for customizing the characters to your liking, which actually reflect when you play the minigames. Leveling up the characters becomes a strangely addicting gameplay loop of playing minigames to earn coins, spending those coins in the Emporium—whether in the "On Sale Now" shop or the "Cluckade," where coins unlock random standard or rare Prezzies gachapon-style—and then giving Prezzies to the characters. 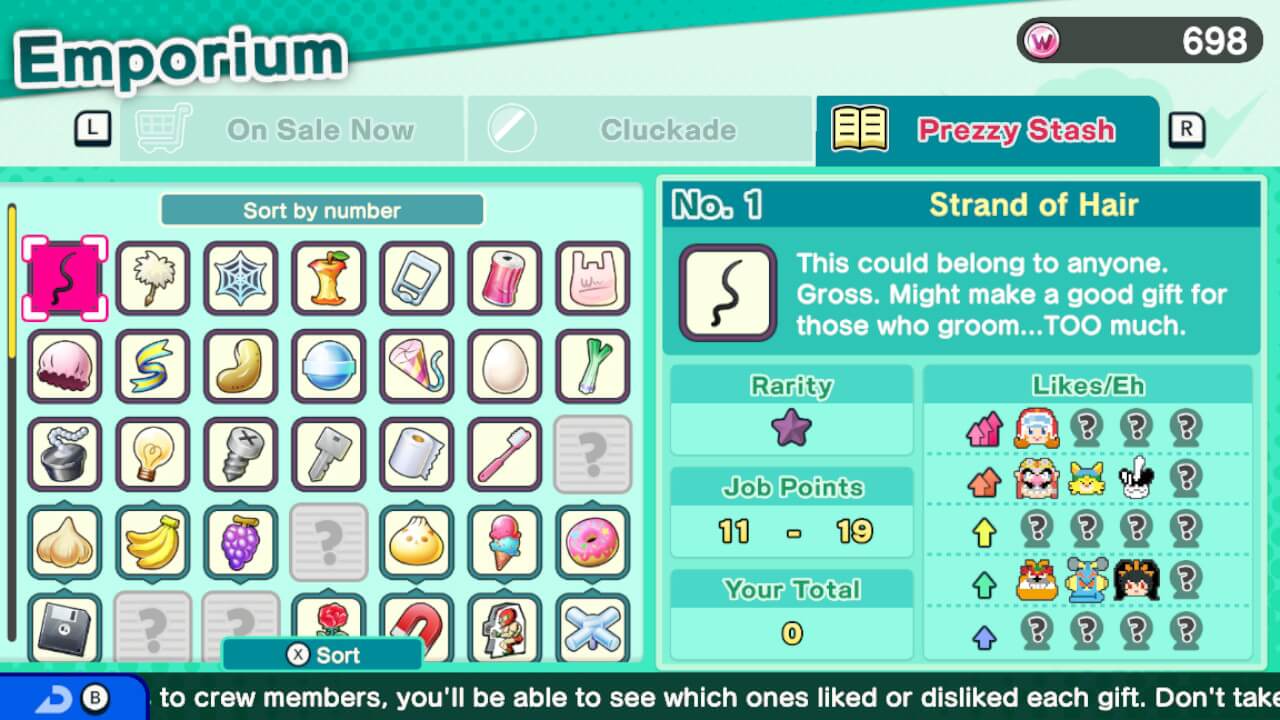 Different characters also have different preferences, so Wario will love anything expensive, while a robot like Mike gravitates toward technological goodies, with these items giving them more job points. I loved discovering which Prezzies each character loves most to level them up fastest, and it was always satisfying to unlock every last color available for a character. 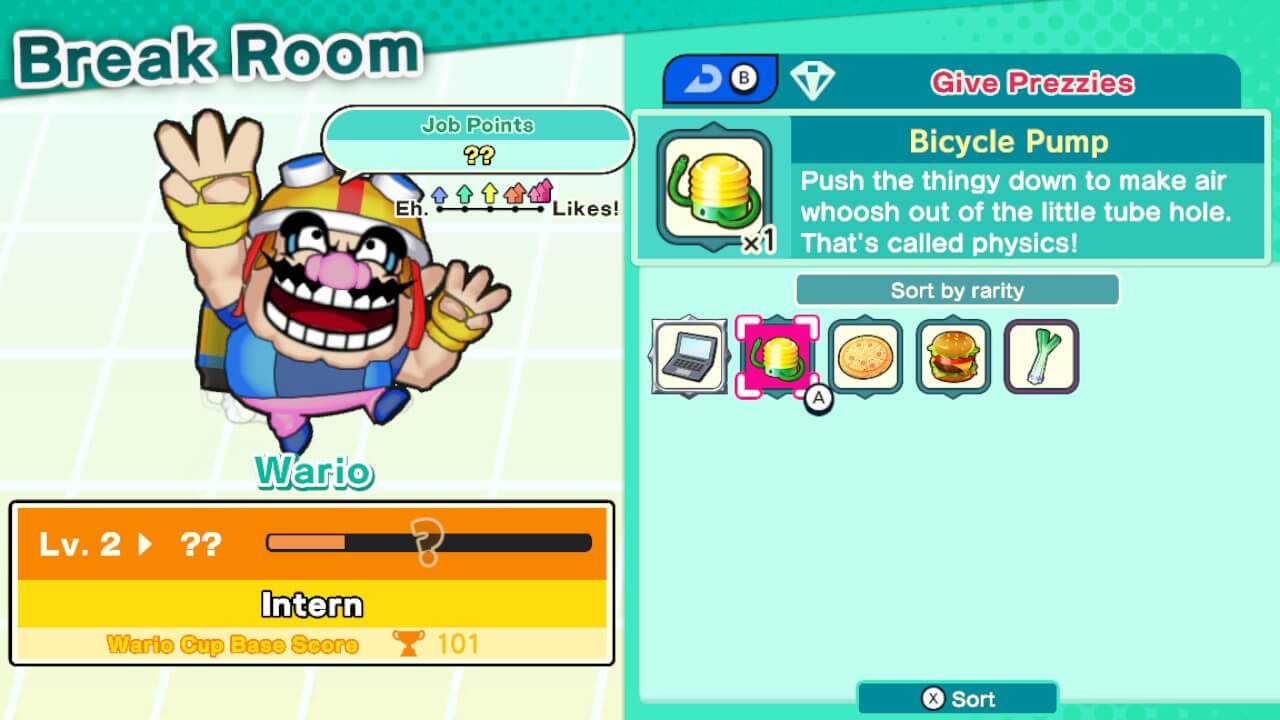 But, in my opinion, the best (and most fun) way to gather coins fast is by participating in Missions, which give the player tiny tasks to complete within the game in exchange for coins. They're also great for getting to see the game in a more complete way, from asking you to unlock every microgame within the different categories, to exploring the Variety Pack games, getting characters to different levels and achieving certain scores in game categories, as well as individual games. It's a completionist's dream, and tackling minigames under circumstances I wouldn't set for myself has made the game way more fun, with a ton of replay value. Essentially, I plan to keep playing Get It Together! for a long time. 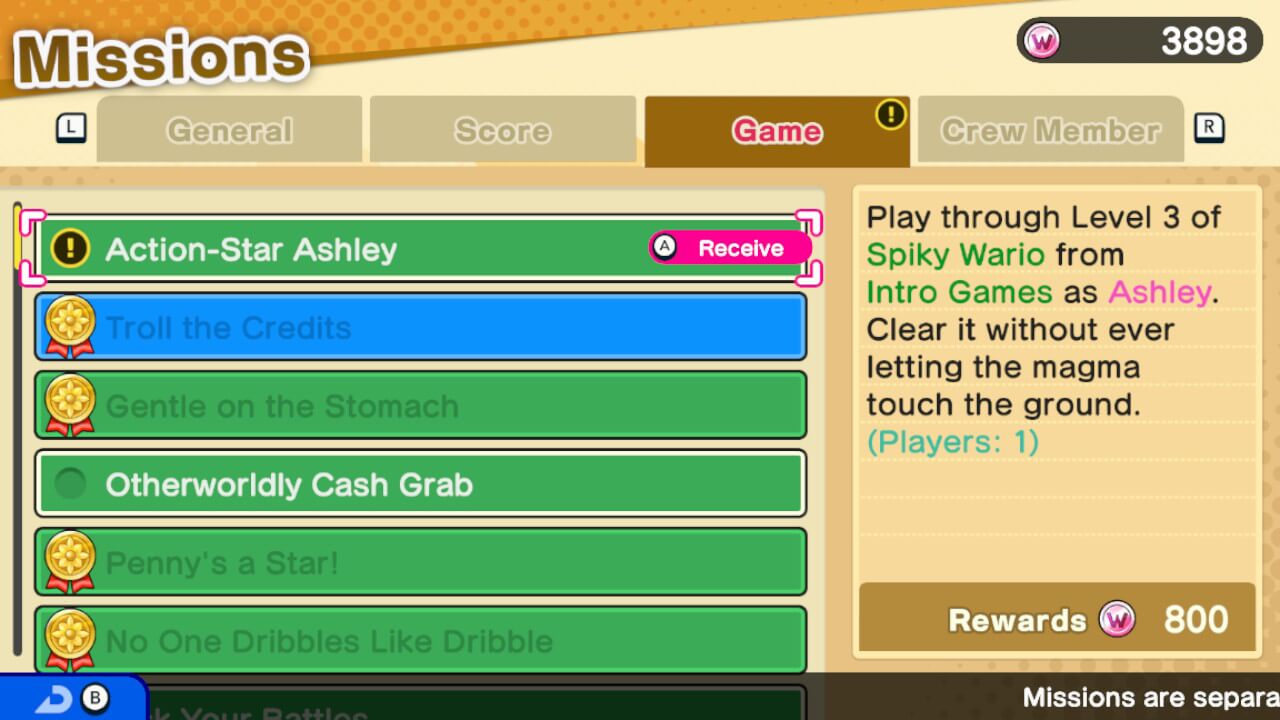 While WarioWare: Get It Together! may not be for the faint of heart, it's a brilliant collection of microgames that'll get your heart racing in no time. With over 200 microgames on offer, it'll keep you busy for a while, and its different features (including the Crew area and Missions) make it ultra replayable, whether you decide to play solo or with friends. The incorporation of the different characters adds a great new touch, and even more charm to the idiosyncratic, colorful microgames, and the sound design and music are also top-notch. While I'm a little surprised the game doesn't incorporate touch controls, I also understand that this would make it unplayable for multiple players, especially on a TV. Regardless, it sets a new bar for WarioWare, and it's definitely worthy of its new place on the Nintendo Switch.

WarioWare: Get It Together! is out now on the Nintendo Switch for $49.99—and if you're still not quite sure about it, a demo is available for free in the eShop.

Want to learn more about the franchise? Click HERE to find out what we loved about the previous title, WarioWare: Gold!