When I first saw a trailer for the upcoming video game Wattam, I didn't quite understand what I was seeing.

The game appeared to star a mustached cube man, living flowers, pieces of sushi, toilets and all other varieties of odd inanimate objects, that came together to hold hands despite their differences. From time to time, a character would pull out a bomb, and when it exploded, everything flew in the air, joyous about the explosion. Whatever this bizarre game was, I knew I desperately wanted to get my hands on it.

When I booked an appointment to play the game at the Annapurna Interactive booth at this year's E3, I was a little worried that I would still be totally perplexed by the game and its inner workings. Thankfully, game designer Keita Takahashi (who also created the popular Katamari Damacy series) was there to walk me through the process and help me get to the heart of what Wattam is really about. 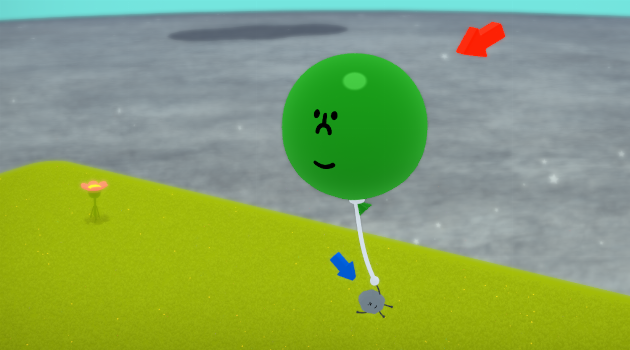 I began the game as the green cube man, called the Mayor. He sat in the middle of an empty world with his a mustache and little black bowler hat, crying because he was all alone. Thankfully, that didn't last for too long. After all, the game is really about friendship, and what beings are capable of if they all work together.

Next, I followed a glowing spotlight, bringing the Mayor over to what looked like a small stone. Upon closer examination, it was a stone, but a sentient one. We quickly became friends, and the game prompted me to hold its hand. As I'd guessed earlier, hand-holding was indeed a key mechanic in Wattam. This hand-holding also ended the Mayor's loneliness, setting him on a huge journey in companionship.

From there, things got weirder and more perplexing, but Keita jumped in as the second player and guided me along the way. As I befriended a larger rock and a bunch of flowers, he instructed me to try setting off a bomb (the Mayor keeps an unlimited supply under his hat).

I did, and all of the characters loved it. Rather than being destructive, it was a force for creativity and friendship, going off in a blast of confetti. 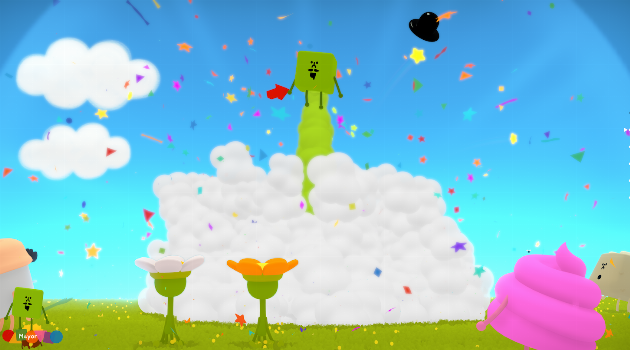 Keita explained to me that, after leaving Japan, he worked abroad at a company with employees from nations all around the world. Everyone spoke different languages, but they all picked English as a common language that could unite them, despite their differences. He then said that the bomb's explosion was Wattam's version of English—a universal language of joy that every character in the game could respond to, regardless of the language they speak and understand. In addition to very sweet, this core concept drives the entire game. 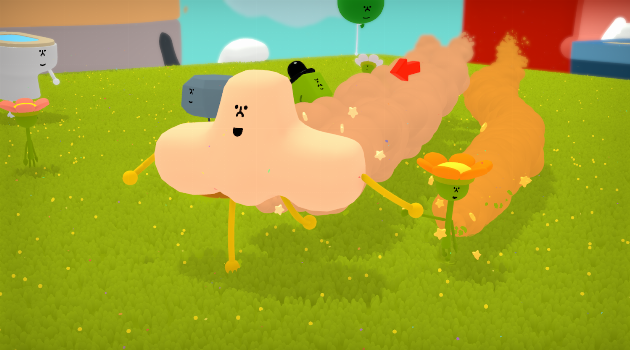 Things got even odder from there. A giant nose showed up, and I had to take control of him in order to smell a scent wave emanating from the ground. I planted a cute nut character, who then grew into a tree who could consume characters and turn them into fruits. Even the mayor transformed into a green strawberry, and when a mouth character showed up, we made him eat the Mayor, transforming him into a green poo.

This chain reaction goes on and on, and shows just how intricately designed the game is. Though the game may seem super random, every element is a rational response to the last. Of course a toilet turns a regular poop into a golden poop. And as you follow these bizarre chain reactions to their logical conclusions, friendships are being forged every step of the way. 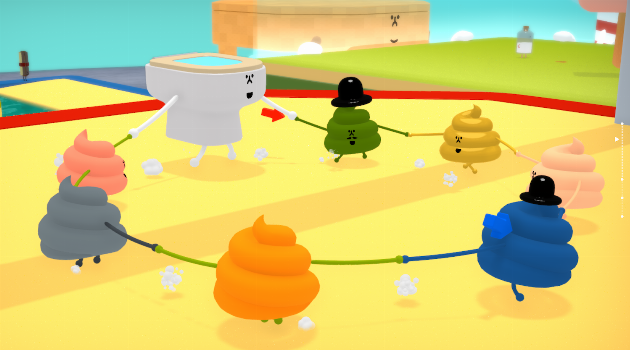 Everything in Wattam is alive and is a playable character, so when we got to a certain point in the game where a different summer-themed world arrived, we became summer, and walked it over to the space where all of our characters had been hanging out previously so they could jump on. It's about connecting people you never thought would have anything in common and making those odd relationships work. 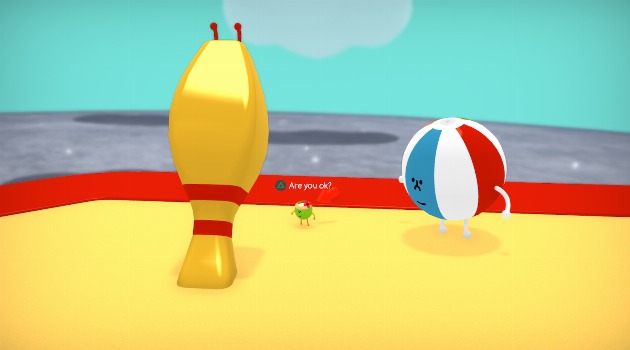 There are so many layers to this game, and I'm positive I haven't discovered even a fraction of them yet. I'm very excited to dig in when it comes out on PlayStation 4 later this year, and I'm totally ready to be mystified even further by it. It was without a doubt the strangest game you could play at E3 in 2018, and I'm really gladI had my chance to try it.

If you missed all the fun, click HERE to find out what I thought of the whimsical Ghost Giant at E3.