It feels like we've had a girl crush on Cassadee Pope for longer than dinosaurs have been extinct.

We were first introduced to her when she fronted the pop punk band Hey Monday and were immediately captivated by her insane voice. When she went on to compete on season three of The Voice, we were one of her biggest cheerleaders. Seeing her grow from a punk rocker to a country queen on the show brought tears of joy to our eyes. We know we're rambling about our admiration for our #WCW, but can you blame us? She's uh-MAZING and these are just some of the more important reasons why: 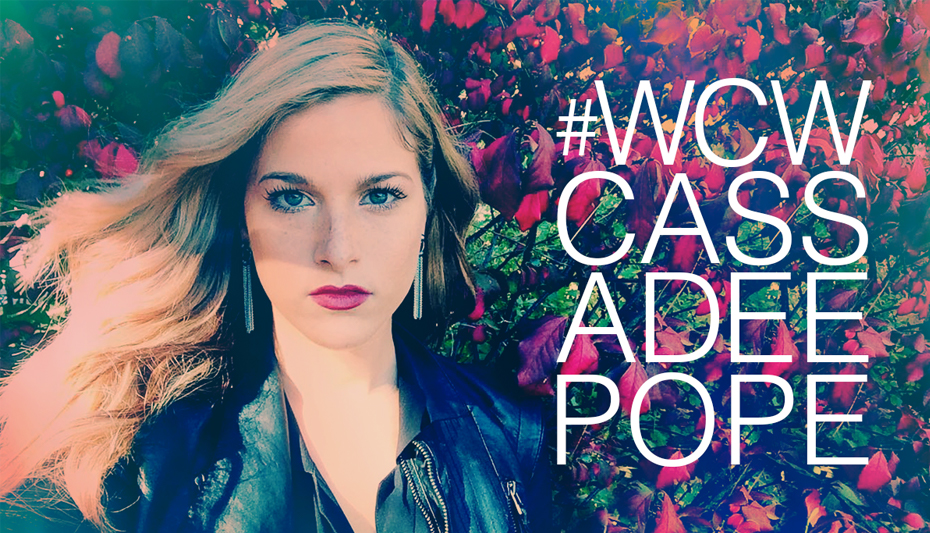 1. Cassadee won season three of The Voice and was even the first girl to earn the title. With the powerful performances she delivered week after week, especially her rendition of "Over You," we knew she was destined to take home the crown.

2. But way before she even auditioned for The Voice, Cass was the lead singer of the pop punk band Hey Monday. We're bringing back this throwback jam because it's still a major bop!

3. Pete Wentz of Fall Out Boy signed Hey Monday to his label Decaydance back in 2011. Since then, Cass and Pete have remained close friends. He even attended a few tapings of The Voice to show his support for the singer. AWW!

4. Everything Cass releases is something extraordinary, but we have a really special bond with her single, "I Am Invincible." We listen to it whenever we need a little reminder that we're superstars and nobody can break our spirit.

5. "Think Of You," her duet with Chris Young, is currently the number one song in country music. Proud is an understatement.

6. Earlier this week, Cass revealed that she'd be dropping her new single "Summer" on June 3, which will be on her new album – AAAHHH! We're stoked for some fresh tunes from one of our fave singing sensations!

A sneak peek at the music video for #Summer out June 3rd! Can't wait for you all to hear it ☀️ #SummerEP

7. We've already established that she's a beyond amazing singer, but did you know she's also done some acting? Aside from being in her fair share of music videos, Cass had a brief cameo in Degrassi Goes Hollywood with her buddy Pete Wentz.

8. In January 2010, Cass began dating All Time Low's drummer Rian Dawson and they've been inseparable ever since. Their bond will make even the toughest critics believe in true love.

9. Cass is a major supporter of Outnumber Hunger, which helps supply families across the U.S. with food. Yep, she's just one of the kindest people eva!

We adore Cassadee with all our being, but she isn't the only female country singer we look up to. Her pal Kelsea Ballerini is another powerful female we're happy to call our #WCW. We'll go ahead and tell you why HERE.