Today is a national holiday that celebrates our beloved breakfast item waffles.

You'll need to celebrate in style by whipping up a batch (or five). We figured we would help you out in that department and give you something a little daring and different to try this year.

These recipes and their toppings might be a little out there, but they're totally worth the flavor extravaganza you're going to experience.

Apples and cheddar cheese are not things we would think to pair together, but throw a waffle in the mix and trust us, you're in business. Amazing doesn't even begin to cover THIS stellar recipe. 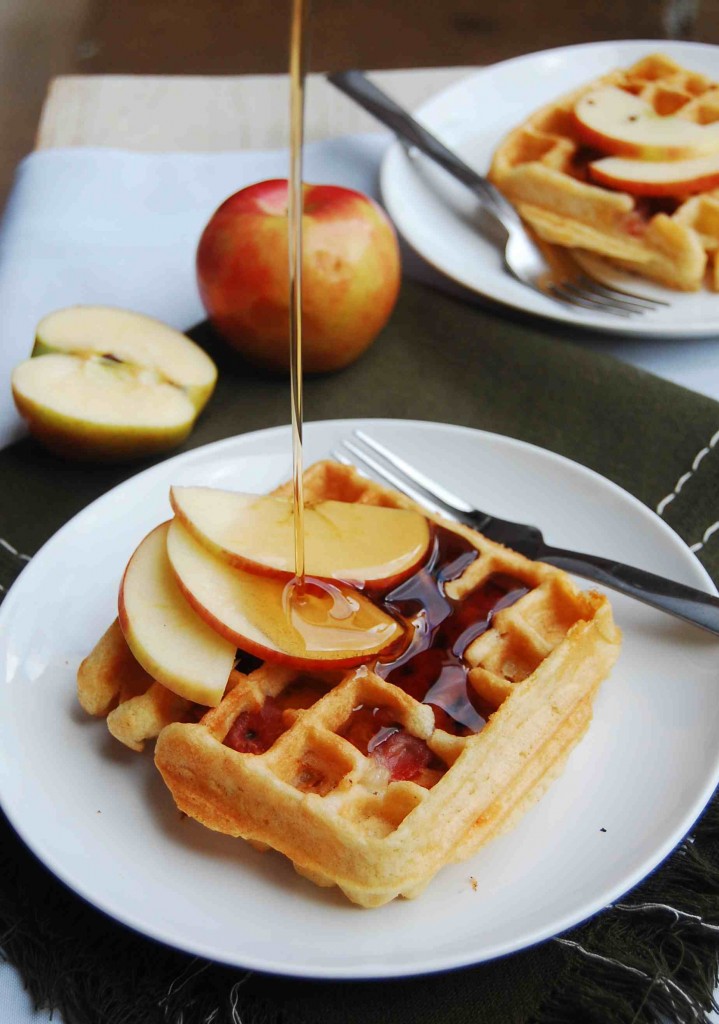 Wonuts exist and we don't want to waste another minute without them. THIS recipe is clearly your dream set of waffles because they're made like donuts! We've seen some crazy donut toppings in our time, so why not add a few Froot Loops or sprinkles on top? 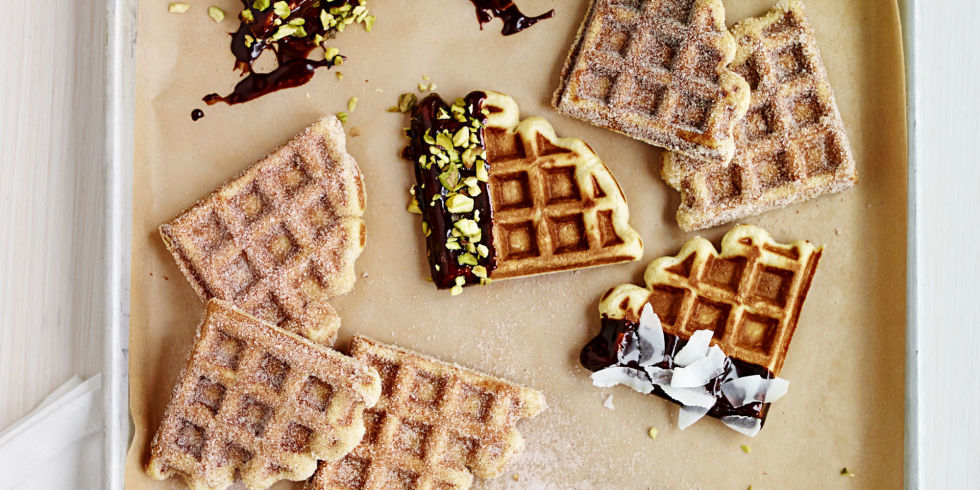 Chili and cornbread is a delicious dinner dish on its own, but a waffle is exactly what the meal is missing to bring it up to boss status. Breakfast and dinner meet ever so smoothly using THIS recipe. 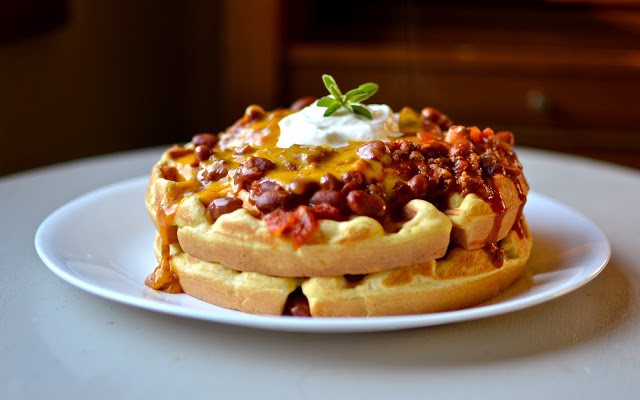 Mac and cheese will always have a special place in our hearts, so it's only fitting we'd smother a waffle in it, too. Read the full recipe HERE. 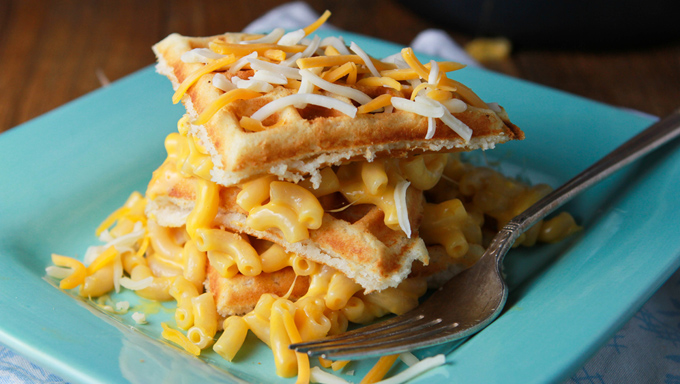 Wait, an omelette as a waffle? Yes, THIS is actually a thing and you can include every omelette topping or ingredient imaginable. 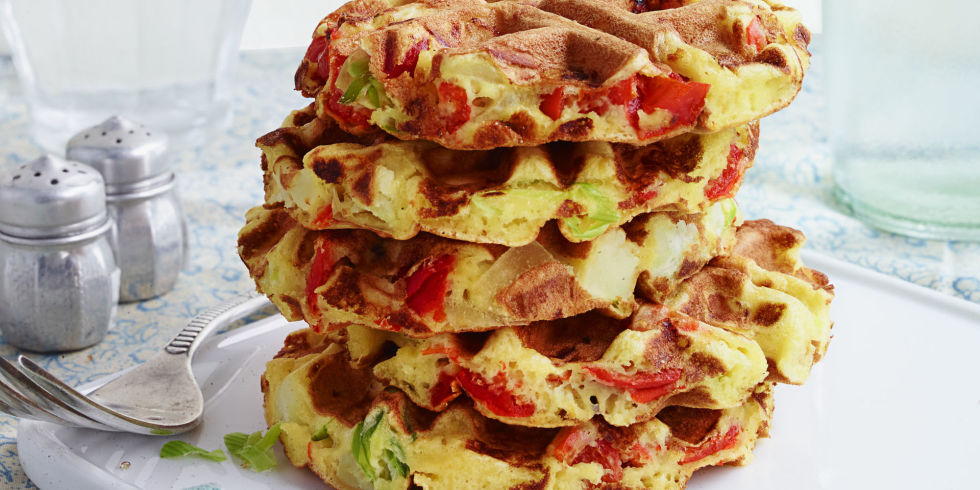 Even though you're probably used to eating your waffles and eggs separately, let's just go ahead and combine them into one. THIS recipe is the ultimate breakfast feast for anyone willing to add a savory twist on top of their morning waffle routine. 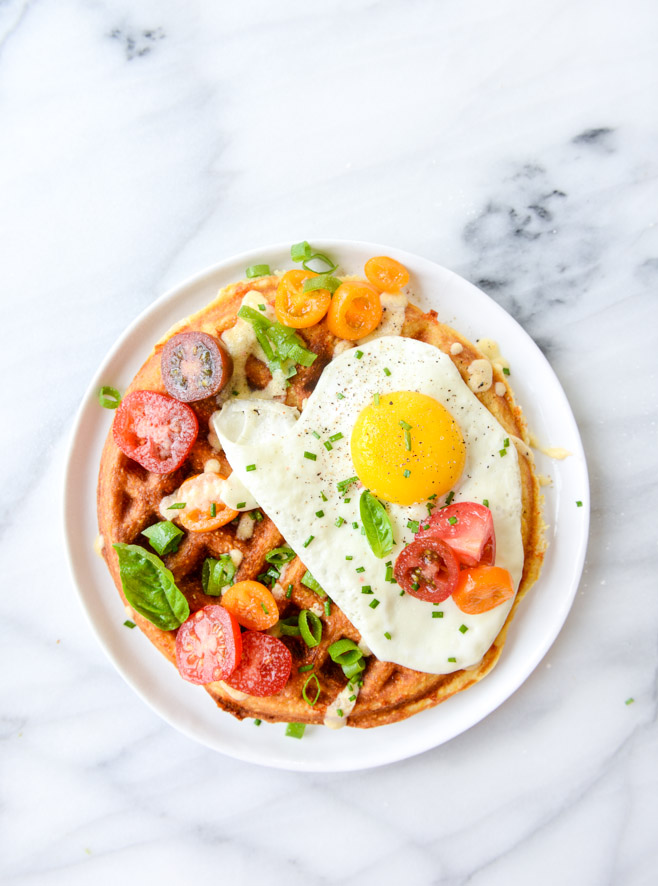 (via How Sweet It Is)

Bacon, bacon and more bacon. Put bacon on your waffles, in your waffles or both using THIS awesome recipe. Our mouths are watering just thinking about it. 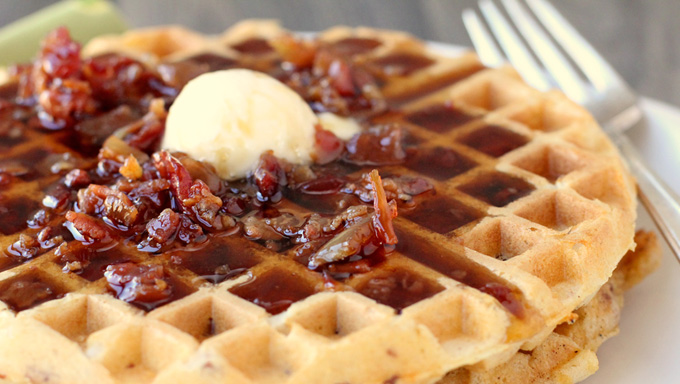 If you love popcorn as much as you do waffles, then you'll need THESE seven recipes for your next movie night.