Bored of the Treats You Have at Home? Try Woodridge's Delicious Fusion Snacks

Just because I've been cooped inside for the last couple of months doesn't mean I have time for boring snacks.

I'm a big fan of treats that are both delicious and innovative, so when the team behind Woodridge Snacks got in touch with me, I was happy to try everything they had to offer. The company specializes in fusion delicacies, blending flavors and ingredients from around the world to offer something entirely new. They sent me a bundle of a number of their products so I could see what they're all about.

Woodbridge is all about combining the flavors of cultures from around the world into seriously tempting snacks. They're all low-fat, low-calorie, gluten-free and vegan while also packing decadent flavors into each and every bite. I was sent select flavors of their Tempura Seaweed Chips, Sticky Rice Chips, Mochi Rice Nuggets and Ginger Chews, but their lineup will also feature Crunchy Fruit Chips in the near future. Right now, it's also important to note that they'll ship their products directly to your door and that shipping for all orders is currently free.

I decided to start with Woodridge's Sesame Seed Ginger Chews. These are little bites of chewy ginger coated in black and white sesame seeds, resulting in a delightfully textured treat that's sweet and nutty from start to finish, with the tiniest bit of crunch. The almost candy-like sweetness is tempered with the tiniest bit of ginger heat, which builds with each additional piece as you keep snacking. The 2.1 oz. bag was smaller than the others I received, but they were big on flavor. Plus, there were only 110 calories in every 30-gram serving. 12-packs sell for $36. 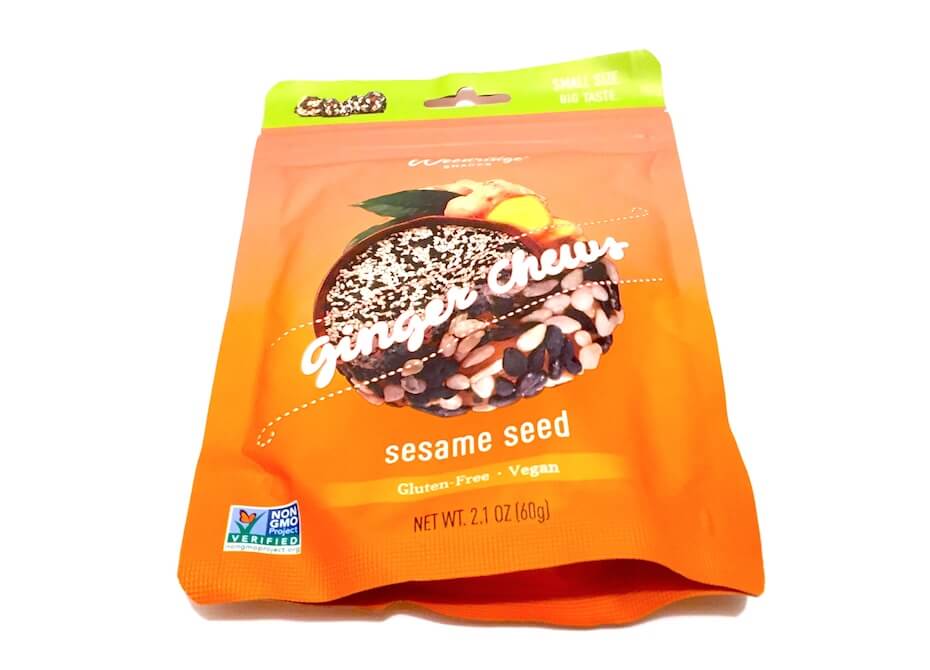 Next, it was time to move on to something totally different with the company's Hickory BBQ Tempura Seaweed Chips. They're made up of small seaweed sheets which are fried in a light tempura batter, transforming them into a crispy chip with an amazing texture yet no greasiness. I found the barbecue flavor on these chips to be subtle yet savory, and it was all too easy to stack on. Lucky for me, it contained only 100 calories per 20-gram serving. If there was one downside, it was that these chips are quite delicate, so you can wind up with a lot of crumbs in the bag, which make a bit of a mess if you're not careful. 12 1.41 oz. packs of the Tempura Seaweed Chips sell for $42. 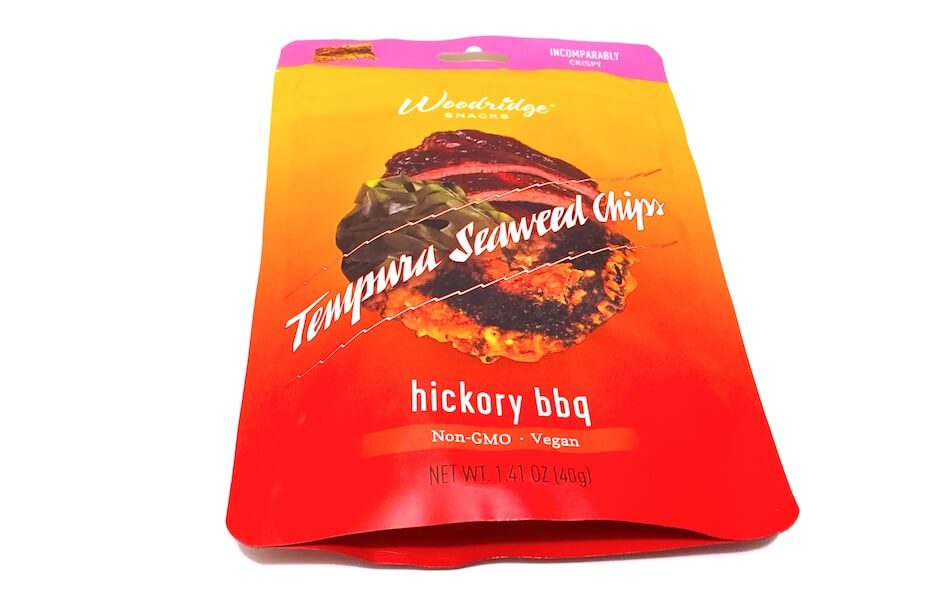 While Woodridge's Mochi Rice Nuggets were a more familiar snack, resembling something you might find in a rice cracker snack mix, the flavors were unlike any crackers I've ever had. These ones are flavored after Thailand's iconic Tom Yum soup, which can be an acquired taste. Thankfully, it's one I've already acquired, and the blend of kaffir lime and punchy spice made my tongue tingle in the best way possible. Every single piece packed a flavor punch, and while this snack's taste might be too overpowering for some, I was an instant fan. The crunch was also satisfying bite after bite. It's also relatively low-calorie, with 100 calories per 30-gram serving, and a case of 12 3.17 oz. bags sells for $42. 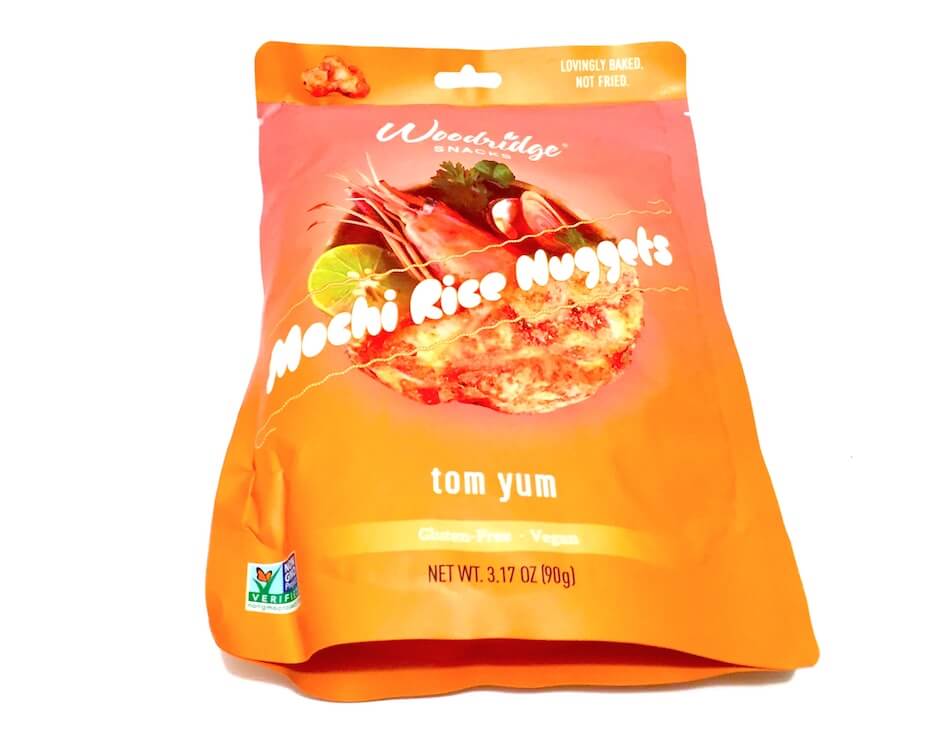 These had the same amazing texture and crunch of the Tom Yum flavor, but with a Teriyaki seasoning that is likely to have a wider appeal. The flavor is a nice combination of soy sauce and ginger, with a bright sweetness that makes it extra stackable. Like the Tom Yum flavor, 12-packs cost $42 and it contains 100 calories per 30-gram serving. 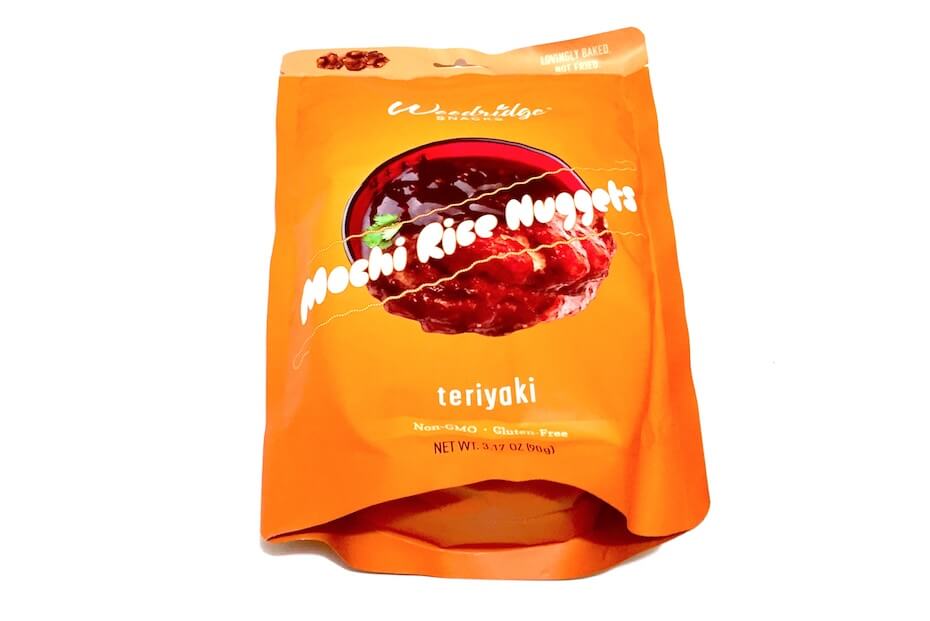 The last Woodridge treat I tried may have also been my favorite. The sticky rice chip itself was airy and fluffy with a super satisfying crunch, and it's coated in one of the tastiest versions of Sriracha flavoring I've ever had. It's part sweet, part tangy and part hot to create the perfect well-rounded spice with the right amount of heat. It contains 140 calories per 30-gram serving and was the first of the Woodridge Snacks to disappear when I had my family try them with me. These aren't available on the company's website just yet, but they're coming soon. 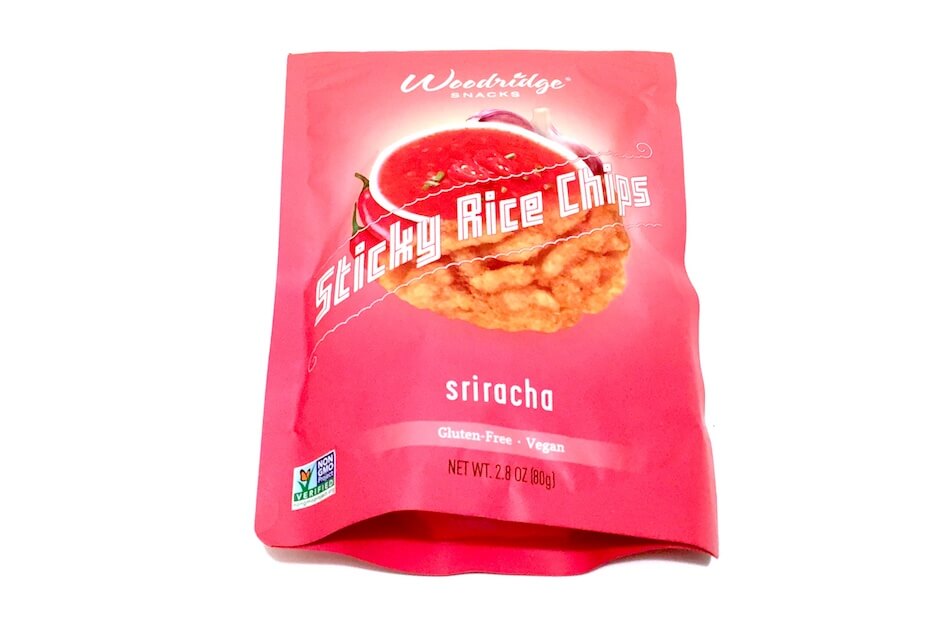 There was nothing in the Woodridge lineup that I didn't absolutely adore, and I love that these foods are totally delicious while also being relatively guilt-free. It's possible that not everyone will be a fan of some of the stronger flavors, but even then I'd recommend trying them at least once. That is, if they were available in smaller shipments. Being forced to buy a 12-pack of something you've never tried will likely dissuade many from committing to their first order, even if they turn out to be as good as they sound. Either way, my family loved everything I was sent, and I plan to place an order as soon as they begin stocking their Sticky Rice Chips online.

Need to restock without leaving home? Click HERE to check out more of the tasty and nutritious goodies we've been snacking on.