The Hilarious Merrell Twins Tell Us Their Secret to Endless Laughter

If you're not already mega fans of the ultra talented Merrell twins, you better listen up because these two are social media starlets you definitely want on your feed. 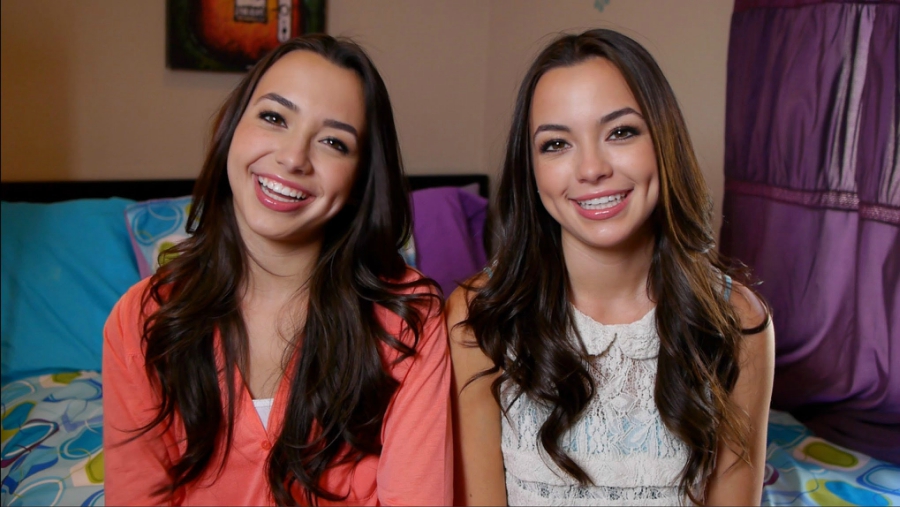 Veronica and Vanessa Merrell do a little bit of everything. They captivate us with their amazing live streams on YouNow, they deliver comical skits, songs and challenges on their YouTube channel and they even appear on our TV screens in the CW's comedy, Jane the Virgin.

Because these girls make us laugh on the reg, we thought they'd be the perfect individuals to ask about what it takes to achieve comedic success. Scroll below to read their advice on dishing out the best jokes! 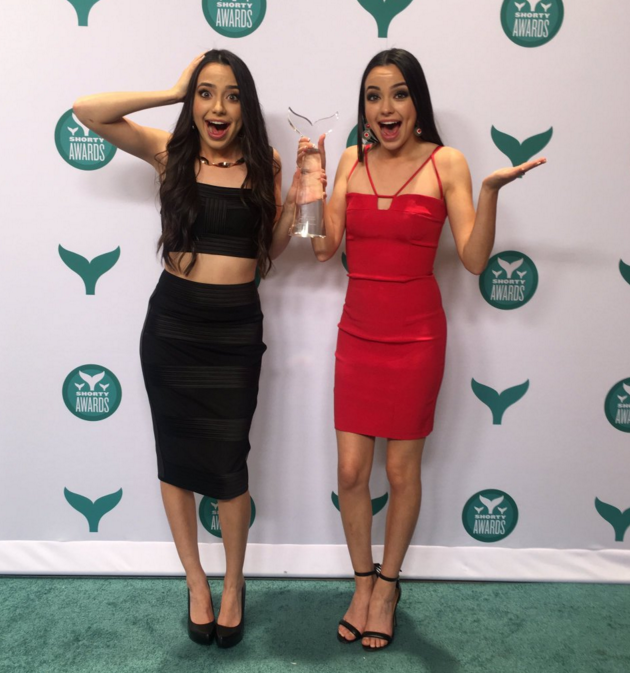 Sweety High: Even before you were live streaming on YouNow, you were posting videos on YouTube. What inspired you to begin posting on that platform?

Vanessa: We've always just had a passion to create content. When our dad finally got us our own camera, we were able to film these homemade videos with our friends. Our inspiration [to create] YouTube videos came from a YouTuber [named] Ryan Higa. We've been watching his stuff for a really long time. He really inspired us to start making videos and do comedy sketches.

It's just a mixture of our inspiration from him and our desire to want to make videos that entertain all mixed together!

Here's a video to thank you guys for 1 million subscribers! This song reflects on our YouTube channel in a silly way lol 🙂 Thank you so much for watching us every Tuesday and everything you do for us! We love you!

SH: How do you guys come up with concepts for the skits that you do?

Veronica: We're always thinking of new ideas, even when we're just having daily conversations. We'll be talking and then one of us will be like, "Oh my gosh, that's a great idea for a video!"

Vanessa: Sometimes the ideas for our video are very last minute. We come up with them two days before we're supposed to post them. It's really improvised and fun, and we just love creating new ideas and trying to be original!

SH: Do you guys have a go-to Knock-Knock joke?

Veronica: Oh stop it, you're not an owl! It's terrible and cheesy I know, but it always makes me laugh. ????

SH: Have you ever had a time when one of your jokes or skits totally bombed? How do you play something like that off?

Vanessa: There are definitely jokes we do in our sketches that we ourselves find super hilarious, but then no one else comments about them.

So, it's kind of disappointing sometimes when the joke that you're like, "This is the joke that is going to make everyone laugh," doesn't get recognized. It's sort of discouraging, but you're just like, "Oh, well!"

SH: What's one of your all-time fave sketches that you've done?

Vanessa: My favorite sketch to film is "Super Bad Cops." We're actually getting ready to film a third video for that series! Those are really fun and they're mainly improvised.

Veronica: One of my favorite sketches that we do is a series called "MT News." It's where we talk about irrelevant or fake news that we make up. It's fun because we get to improvise a lot of it. We usually come up with an outline, and then just go off of it! A lot of bloopers come out of it.

SH: Can you each give a nugget of advice about what you think the key to being funny is?

Vanessa: My biggest piece of advice for being funny is to not be afraid to look dumb and silly. You have to overcome that feeling of "Oh, I'm going to look stupid." If you're going to tell a joke, but you're not confident doing it, then you're not going to get the comedic humor across.

Veronica: Keep trying to find jokes that people will laugh at, but also do things that you think are funny, too. Accepting who you are and being really comfortable with yourself is a huge part of having jokes do well and being funny.

If you love the Merrell Twins, chances are you'll love fellow YouNow rising star, Hailey Knox. Check out our exclusive interview with her HERE!