All the Disney Movies Coming Out in 2019, Ranked by Our Level of Excitement

There's a lot to look forward to next year, especially on the Disney front. The Mouse House has 10 movies coming out next year, and we're ready to see all of them. It's a highly anticipated bunch that includes a documentary, a book adaptation and even sequels and remakes of iconic films.

From what we've seen, 2019 is shaping up to be a good year for movie lovers. You'll see what we mean below, where we've ranked all of Disney flicks coming out this year, based on how excited we are to see them. 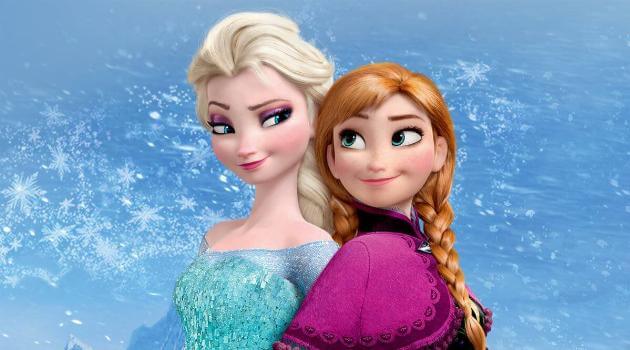 Disneynature's Penguins looks like one of the most adorable things ever. It's a documentary, but it has a story we expect will be as heartwarming as any other Disney movie's. The film follows a penguin named Steve as he falls in love and then raises his babies with his penguin partner, bravely facing the challenges that nature throws at them.

Even if you haven't read the Artemis Fowl books, you might like the upcoming film based on the Eoin Colfer series. The film centers on a teen genius, Artemis (Ferdia Shaw), who has to rescue his criminal mastermind father. That means coming into contact with a secret fairy world, so you can bet it's going to be interesting.

Time to believe. Check out the brand-new teaser trailer for Disney's #ArtemisFowl, in theaters August 9, 2019. pic.twitter.com/UxijPpm8dd

The animated version of Dumbo is a Disney classic, so we can't wait to see it as a live-action film. Like the original, it will tell the tale of a unique elephant, finding his place in the world.

In 2019, find your courage. Watch the brand new trailer for #Dumbo, and see the film in theatres March 29. pic.twitter.com/YUiBvgKRhO

The dream team of Disney-Pixar has given us three awesome Toy Story movies so far, and we can't wait for the fourth. This one will introduce new toys to Woody (voiced by Tom Hanks) and his gang, plus bring another adventure. To infinity and beyond!

The new Aladdin is another remake of a classic. It'll tell the love story of "street rat" Aladdin and Princess Jasmine in a new way, including with new songs. The first teaser had people freaking out, and we were among them.

Watch the teaser-trailer for Disney's #Aladdin. In theaters May 24th, 2019. pic.twitter.com/srMXkM84kO

Avengers: Infinity War ended on a total cliffhanger, and we need to know what happens to the members of the beloved superhero team. They'll be back and trying to save the world, and in the meantime, we're eagerly awaiting our chance to see how everything unfolds.

Part of the journey is the end. pic.twitter.com/9RvRQUxI3o

Count us among the many, many Star Wars fans around the world who are ready to see Episode IX. It's the end to another of the series' trilogies, so we're betting it'll be good. That said, most plot details are being kept secret. Ah, the suspense!

The Marvel Cinematic Universe is going to have its first female superhero headline a movie, and we're excited to meet her. Captain Marvel (played by Brie Larson) is one of the mightiest of all. The film will follow her as she gets swept into a war between alien races.

Everything begins with a hero. Watch the brand-new trailer for @MarvelStudios' Captain Marvel. In theaters March 8, 2019. pic.twitter.com/2rA2k8gDfk

Frozen had us singing in 2013, and now we're finally getting a sequel. Its plot is also being kept under wraps, but we know we'll get to see more of Anna (voiced by Kristen Bell), Elsa (voiced by Idina Menzel) and Olaf (voiced by Josh Gad). Most importantly, we'll find out if any of its songs can top "Let It Go."

One of our favorite Disney animated movies, The Lion King, is also getting a remake. This means seeing realistic-looking animals as the characters we know and love. Of course, we have to mention that the movie has an amazing voice cast. For example, Nala will be voiced by none other than Beyoncé.

Even the biggest Disney fans don't know all of the films' secrets. Click HERE to read about Easter eggs hidden in your favorite Disney movies.