It's pretty clear that Arden Cho lives one of the coolest lives ever. She plays the powerful kitsune Kira on Teen Wolf, she can sing like it's nobody's business and she even started her own accessory line with her friends. She's all that and then some, which is why she's our Woman Crush Wednesday this week. 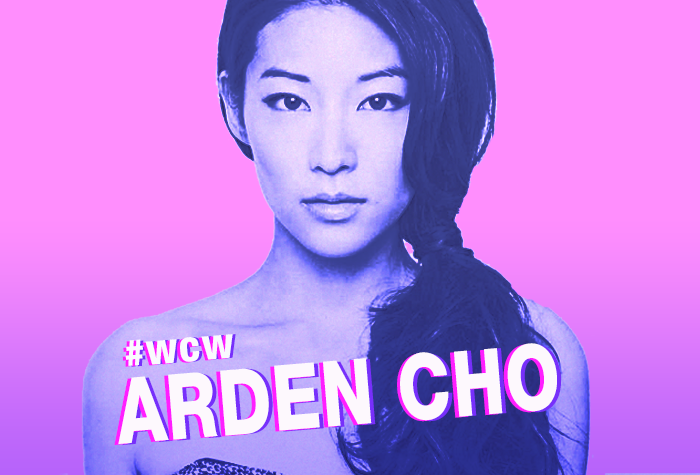 Pet Peeve: When people are flaky! (The WORST!)

Biggest Influences: Her mom and dad!

Favorite Movie: A Moment To Remember

1. Arden doesn't just act, she also sings. Three years ago she released an original song called "Baby it's You" and we'd really like it if she'd come out with new music ASAP.

2. She's been playing piano for eight years and cello for six years.

4. She has a cute little pup named Chewy that she brings with her everywhere. Everyone on the Teen Wolf set adores him, btw.

5. Speaking of Teen Wolf, the thing she loves most when it comes to playing her character Kira is that she gets to light things on fire.

6. And Arden was a cheerleader for eight years. We bet that comes in handy when she has to film all those fight scenes on the show.

7. She has a degree in Psychology from the University of Illinois.

8. She and her friends founded the company Leonard & Church, which specializes in crafting gorgeously simple watches. We're really digging the one Arden's rocking!

9. In 2004, she was named Miss Korea Chicago and then went on to compete for Miss Korea to represent South Korea in the Miss Universe Pageant.

10. Arden was once on an episode of Pretty Little Liars.

11. Before she moved to L.A., she did humanitarian work in Kenya for two months.

Arden told us everything we need to know about what it's like to film Teen Wolf HERE.