Everything You Wanted to Know About 'Gradually' Singer-Songwriter ASTN

From the moment we heard ASTN's viral cover Billie Eilish's "Happier Than Ever," we knew the R&B singer-songwriter was headed for big things, and it turns out his original songs are just as heartfelt and captivating.

With his smooth sound and thoughtful lyrics, he's further won our hearts with his tracks, from "Gradually" to "Real," "You're Almost There," and more—and it's clear we're not his only fans. He's also made a name for himself taking beloved songs and masterfully transforming them into other genres on TikTok, where he has 1.9 million fans and counting. We just can't get enough—and here's everything we discovered about him as our latest Man Crush Monday. 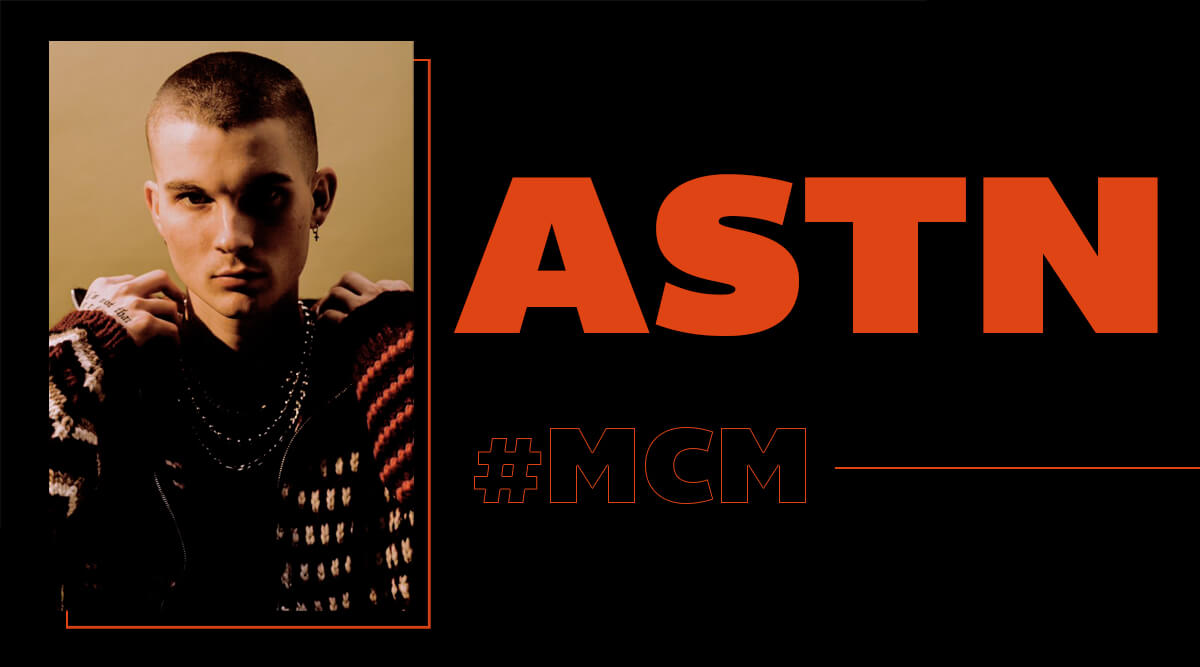 1. ASTN's favorite day of the year is Christmas, by far.

"I always go back home around that time to visit family, and I can't recall ever having a bad Christmas, luckily. I'm also a sucker for Christmas music and good food, so that time of year is perfect for me."

2. He grew up playing soccer, as well as racing dirt bikes.

"I don't really dabble in either one anymore, but I'm a huge football fan. So, during football season, I spend my entire weekend glued to my couch."

3. He wishes he would have learned earlier on that everything happens for a reason.

"I'm a firm believer in the idea that life goes on. You can't control the people that come and go in your life. All you can do is keep pushing and moving ahead."

4. The scariest thing he ever did was dropping out of college and moving to L.A. to pursue his music career.

"I was fortunate enough to have a good friend group there already, but it was still terrifying moving all the way across the country. As I get older, I'm still learning to take risks."

5. Talking to his niece on the phone always brings a smile to face.

"I don't see her that often, but she never fails to brighten my day when I hear her voice."

6. The best concert he ever attended was a recent one, seeing Jacob Collier in Brooklyn.

"The way he interacted with the crowd and kept everyone involved was amazing. I don't think I've ever gotten the chills that many times in one night."

7. His favorite superhero used to be Spider-Man.

"I still love Spider-Man… but I think I'm a Batman guy now. It's something about the grittiness of Gotham City that I can't shake. I love a good detective film too, and the Batman movies do a good job including that."

8. ASTN's favorite thing about himself is his confidence in who he is and what he's about.

"I moved around a lot growing up, and I think that had a significant impact on my self-image in the best way possible. I never really relied on what other people thought of me to reassure myself. I know that's harder than it sounds, though."

9. He's not ashamed to admit he used to be super into Starfire from Teen Titans.

"Maybe I still am, idk. Anybody who says they've never had a crush on a fictional character is lying!"

10. ASTN says his sense of humor really defines him as a person.

"I love to have a good time and don't take myself too seriously. I know a lot of my music is dead serious, but I feel like that's the way I express those more stern emotions."

Loved learning about ASTN? Click HERE to find out why finger drummer and electronic artist OddKidOut was our MCM last week.