While he may have started his musical journey in metal bands, it seems that OddKidOut found his true calling after transitioning to Logic Pro X at the age of just 15—leading to the well-deserved recognition he enjoys as a finger drummer today.

He's quickly become one of the most sought-after beatmakers in the industry—in fact, he even caught the eye of Skrillex, who would soon after sign OddKidOut to his OWSLA record label.

Since releasing his debut EP, Solstice, in 2018, OddKidOut has made quite a name for himself by developing a complex sound that reflects his Philly roots and strong musical upbringing, and his latest single, a melodic trap track called"CINEMA" (featuring Marlhy), might be our favorite yet. Here's everything you need to know about OddKidOut here as our newest Man Crush Monday. 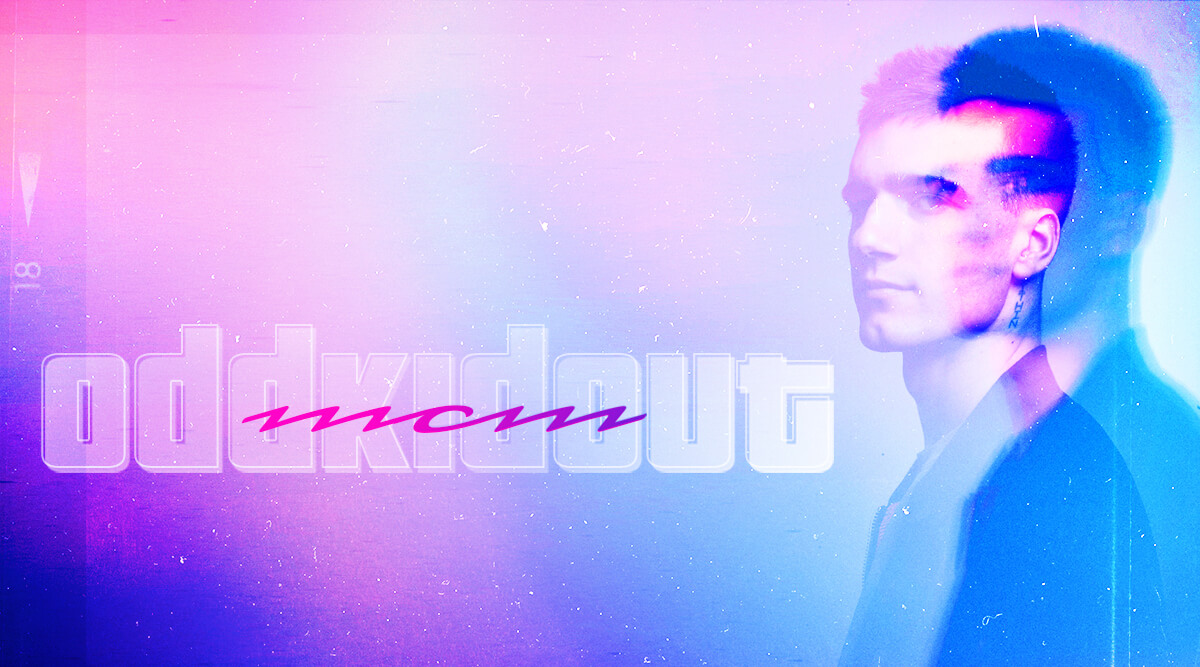 "That's where my family is from, and I've never been. I want to stuff myself with mad pasta and prosciutto."

2. While he's a big fan of sour candy, chocolate wins the game as his favorite dessert.

"A nice chocolate lava cake from a nice restaurant really does it for me, especially when you add a scoop of cold vanilla ice cream and some whipped cream."

3. "Party in the USA" by Miley Cyrus is the last song he had stuck in his head.

"Absolutely my guilty pleasure song. If you don't mess with it, that's a red flag."

Also read about: Here's Everything You Should Know About Hype House Co-Creator and Singer Alex Warren

4. When he's on the road, he absolutely cannot live without the SitOrSquat app.

"It pings your location and rates nearby bathrooms by their cleanliness and availability. Whenever I'm traveling in a new city, I pop the app open and decide the best place to pee"

5. He was a super athletic kid who played just about every sport, at least until music became the priority.

"I'm pretty athletic, but music ended up taking over my life, so I stopped in high school. Nowadays, I mainly run or surf/skim board."

7. If he could be any animated character, he'd pick King Julien from Madagascar.

"That dude is always lit."

8. He would love to be a part of the Marvel Cinematic Universe if he could.

"I don't know what superpowers I would want yet, but I'd try to hop in there and smack some villains around."

Also read about: Here's Everything You Need to Know About the 'King of Crunch' Tommy Winkler

9. The series Death & Robots is his current Netflix obsession.

"One of the sickest series out of all time, in my opinion. I've actually written some music based on some of the episodes."

10. His favorite food is an Italian classic, the rigatoni alla salsiccia and peperoni arrositi from the restaurant Pace in Los Angeles.

"I am fully addicted."

12. Finally, OddKidOut wants his fans to know that he truly does his best to be his most authentic self, especially from a creative standpoint.

"I'm not perfect, but 99% of the time, I lead with my own opinion at the front. I'm happy to listen and learn from others, and I have an open mind, but I'm a firm believer that your success, and more importantly, your happiness, will come from within."

Interested in learning more about some of our other MCMs? Click HERE to learn more about Hwichan from the K-pop group Omega X.