10 Perfect Gifts for the Stranger Things Fan in Your Life

With its iconic characters, '80s nostalgia and legitimately good scares, it's no surprise that Stranger Things instantly became a fan favorite across the world. Chances are that if you watched it, you loved it.

Four seasons into the Netflix hit, it's somehow as good as it ever was, and chances are that you know quite a few people who are downright obsessed. If you're looking for the perfect gift for the Stranger Things fan in your life, we've done all of the hard work for you by gathering the best suggestions from all around the web.

Since they likely have a love for horror and an interest in the mystical (thanks to Stranger Things), this tarot deck inspired by the show is the perfect combination of both. The gorgeously illustrated cards feature the show's beloved characters, while a guidebook will help your giftee understand what they mean if they're new to tarot. 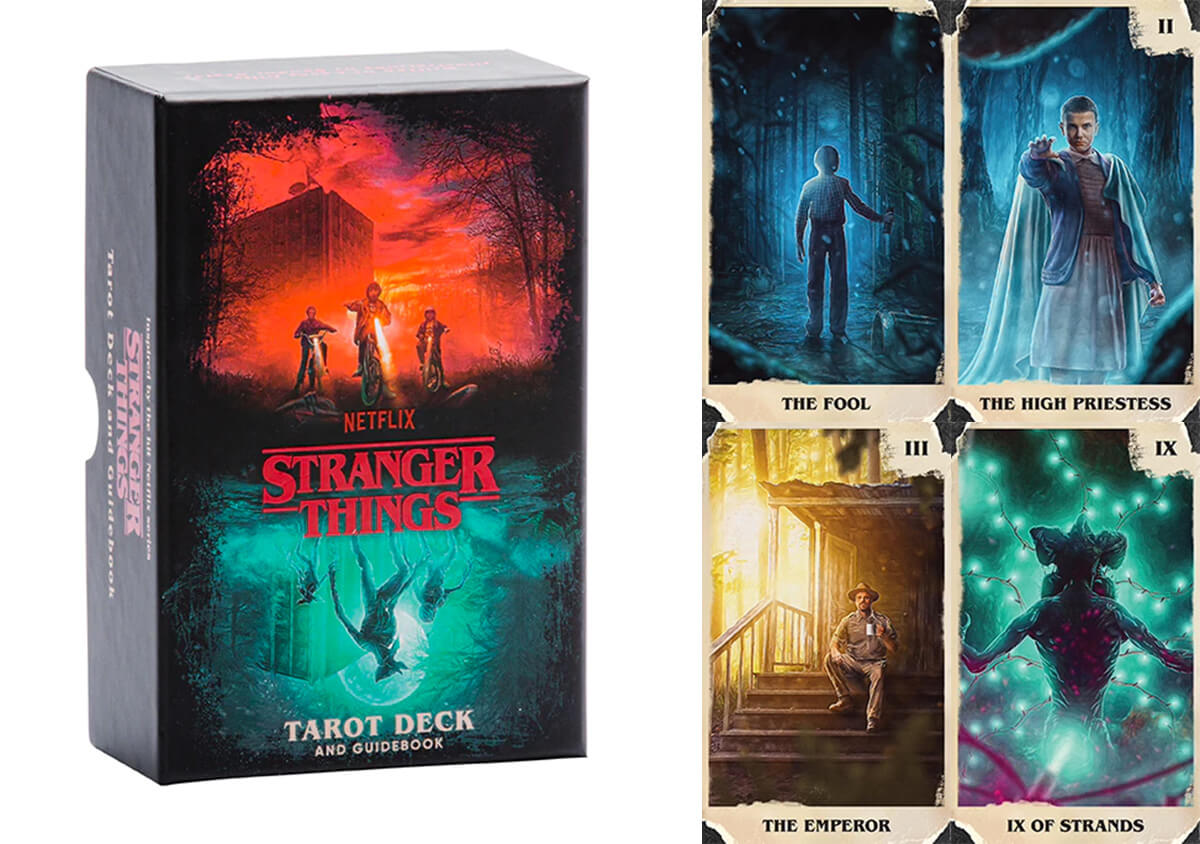 Not everyone is close enough to their favorite Stranger Things fan to buy them underwear, but if you are, MeUndies has some incredible options. The print is so cute, featuring the Stranger Things logo mixed in with a floral print featuring a Demogorgon-inspired bloom and wrinkled, pale hand doing the "hang ten" gesture. While we especially love the pattern on their U-Back Bralette and Boxer Briefs, you can get it on all kinds of their signature pieces.

Also read about: Tinsley and Anniston Price on Playing Holly Wheeler and Growing Up on the Set of Stranger Things

When Hopper said, "Mornings are for coffee and contemplation," we felt that in our bones. All of these seasons later, we still remember it, which makes it the perfect statement text for a coffee mug for any fan of the show. 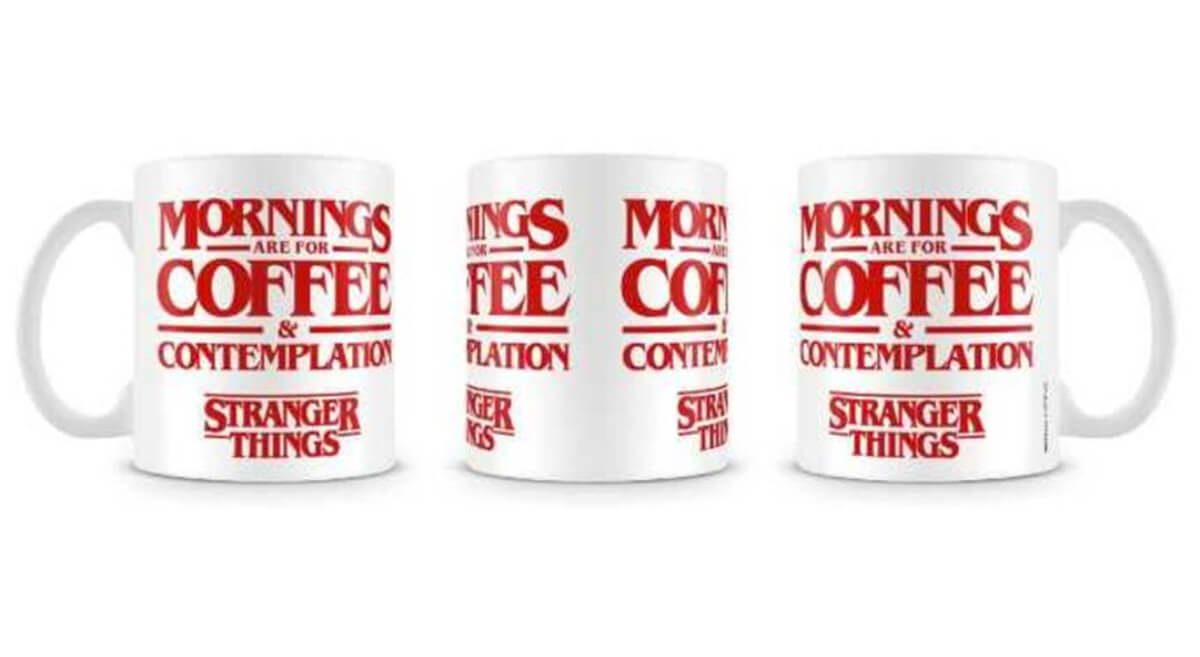 In just a short time, Eddie Munson won the hearts of fans everywhere and made a cultural impact that won't fade anytime soon. As head of the Dungeons & Dragons-centric Hellfire Club, he also inspired many to embrace their geekdom with pride, so we can see people have been sporting his signature raglan T-shirt everywhere. This official one from Our Universe is our favorite. 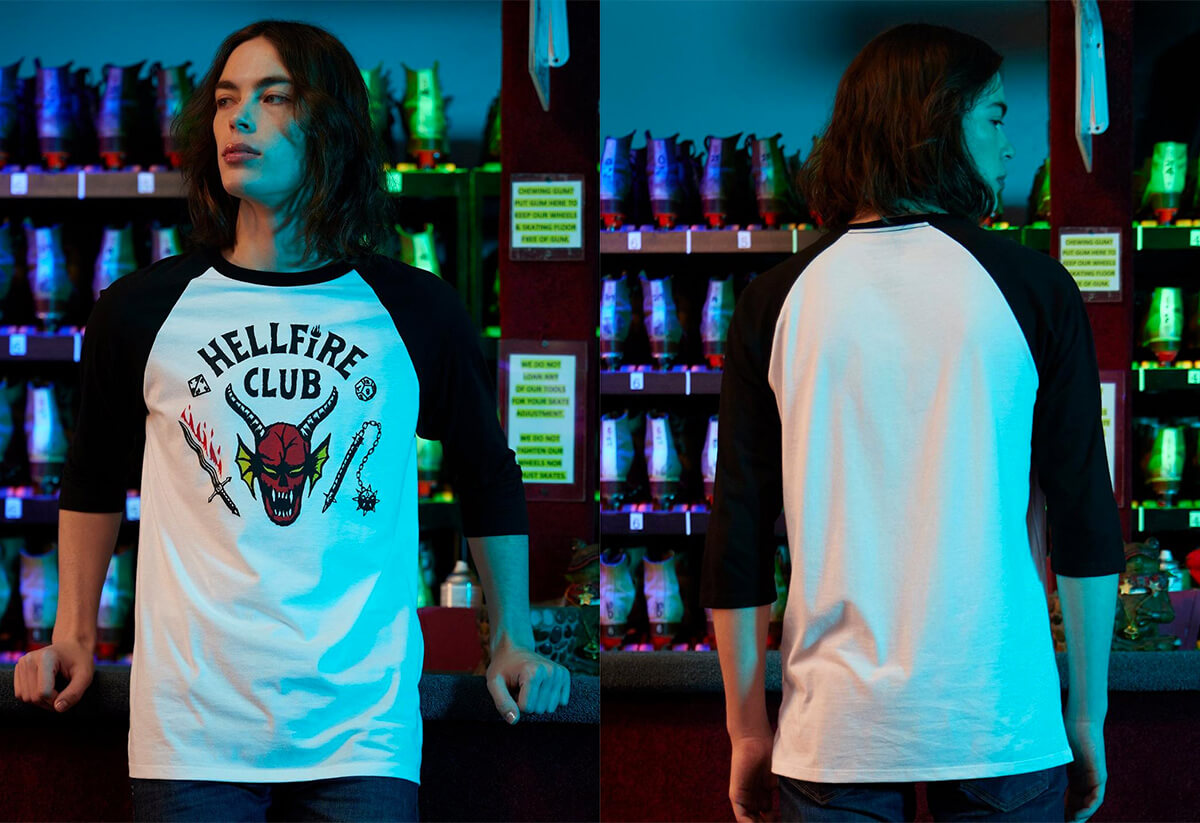 Pop-up books aren't just for little kids, and this book doesn't just contain five awe-inspiring spreads packed with fine, minute details, but also an interactive experience retelling the story of the series. The recipient will love the nostalgia it evokes and discovering all of the secrets it's hiding in plain sight. 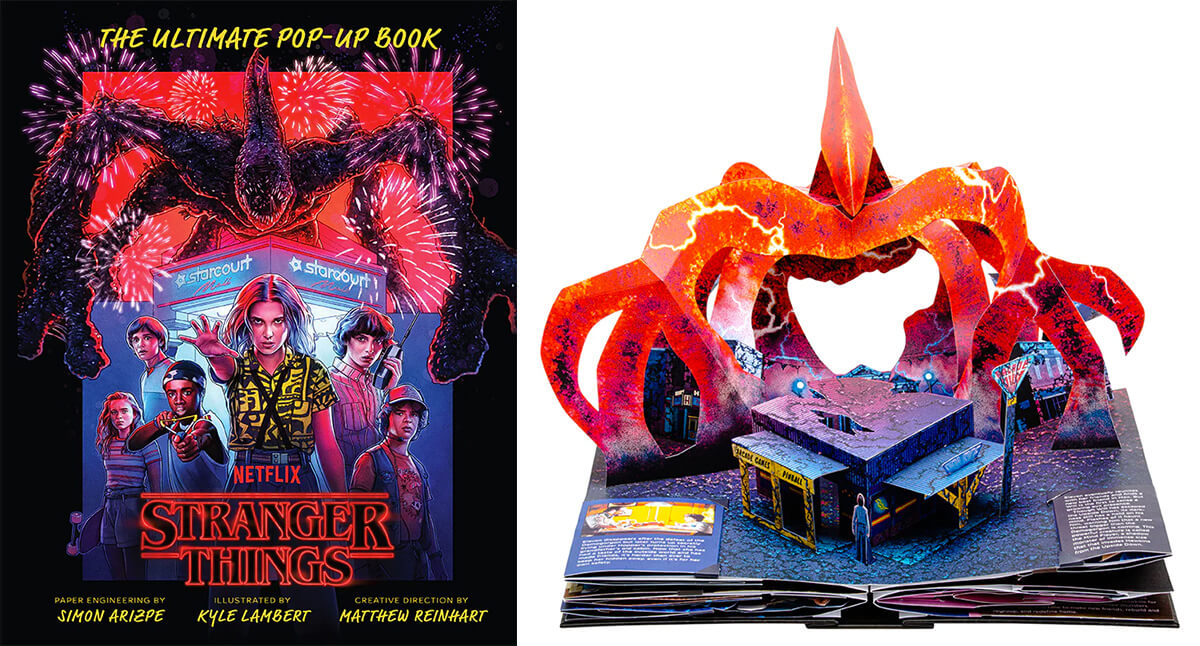 (via Simon and Schuster)

Also read about: How CG5 Channeled His Newfound Love for Stranger Things Into His Single, 'Strangest Thing'

Monopoly is one of the best-known board games in the world, and it gets even better with a Stranger Things twist. In addition to awesome tokens inspired by different elements from the show, the board includes locations from all four seasons of Stranger Things, with cassette tapes instead of houses,  and Cerebro and Hellfire Club cards in place of the classic Chance and Community Chest cards. The most interesting addition, though, has to be Vecna's grandfather clock, which opens the gates to the Upside Down with a certain dice roll.

Vans shoes are totally classic, and we love how perfect their Stranger Things collab feels. These high-tops are black with subtle red Demogorgon accents, the words "Friends don't lie" written across the sidewall and a vintage feel that makes them look like they could have come right out of the '80s. 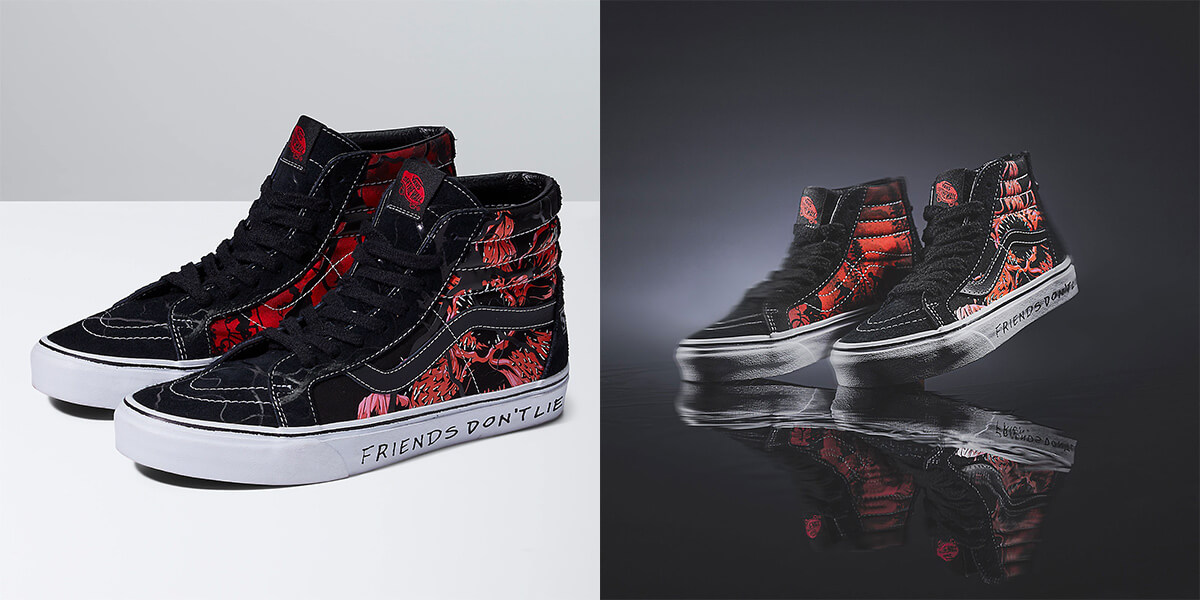 Know a dog-lover who couldn't stand that the Byers' dog, Chester, simply disappeared between Seasons 1 and 2? If they have a dog of their own, get them this adorable set of plush Beggo Woofles toys from BARK. The squeakers will keep the pup entertained for hours, while the design will thrill any Stranger Thing fanatic. 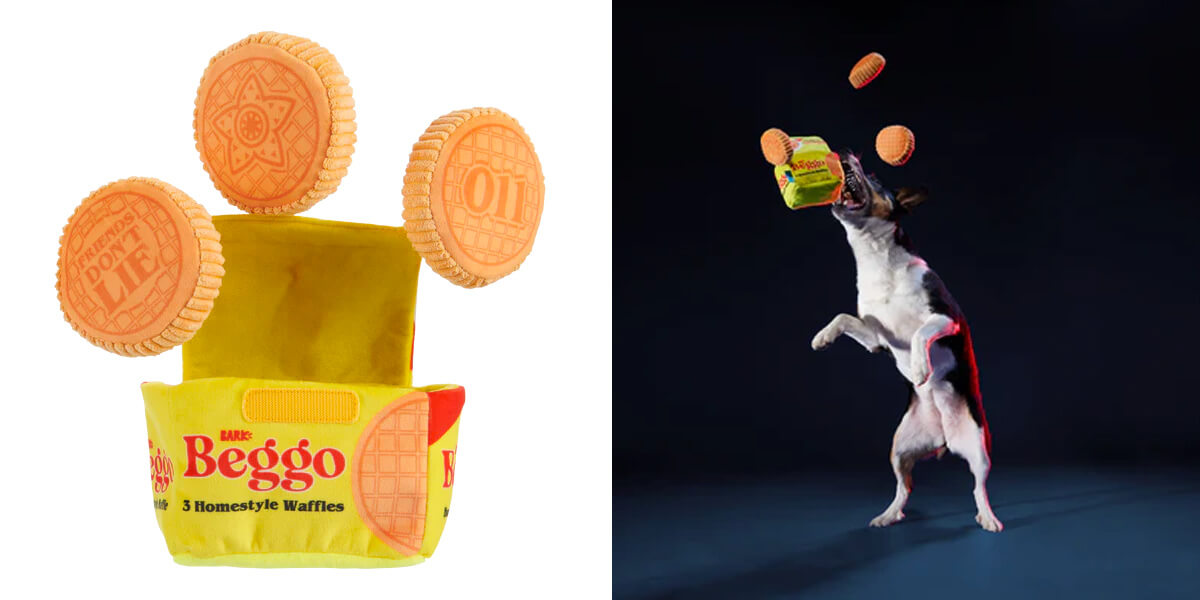 These aren't gifts for anyone in a hurry, as they're currently in pre-order and have an estimated ship date of Oct. 15 to Nov. 15, but any Stranger Things fan who loves all things cuddly will quickly fall in love with this plush figure of Dart, the baby Demodog. Best of all, this little guy (unlike the real D'Artagnan) will never grow up to become a menace. 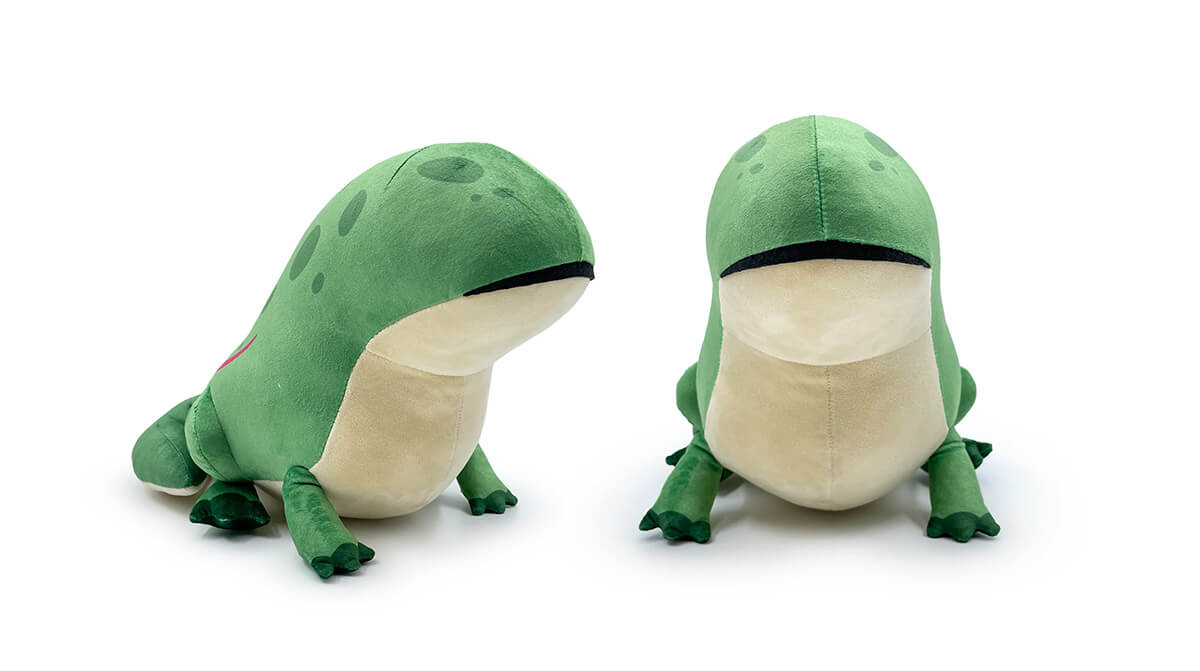 With the holidays just around the corner, why not get the Stranger Things fan in your life something they'll bring out Christmas after Christmas? This fabulous knitted sweater from First Dreamer is perfectly festive while also evoking one of the first season's most intense and memorable moments. If you know, you know. 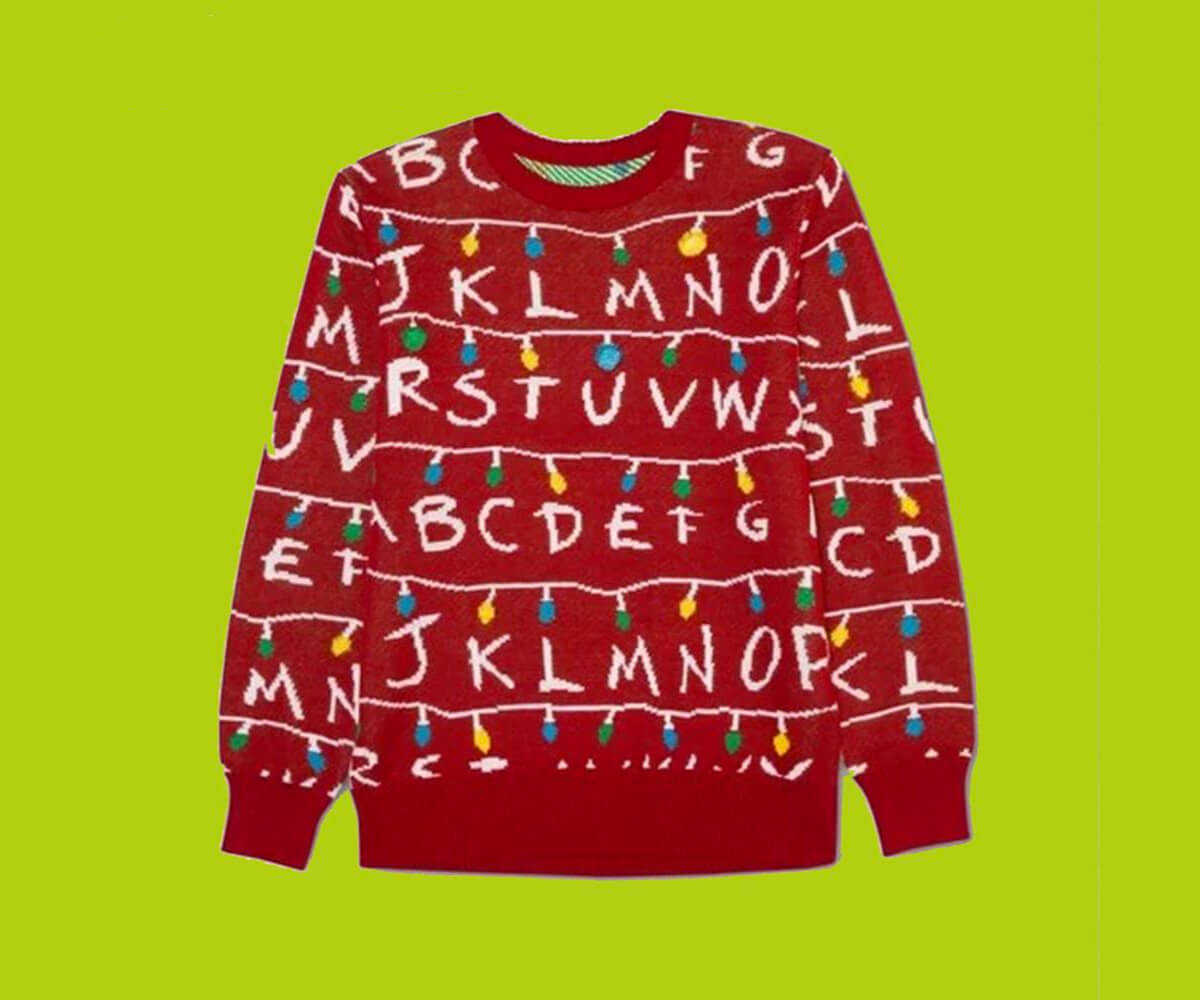 If you're obsessed with the show yourself, click HERE to read our interview with Martie Blair, who played Young Eleven in the new season.