British Invasion Week With One Direction!

In the latest episode of SweetBeatTV, Sweety High returns to the set of The X Factor for British Invasion week and reunites with One Direction! 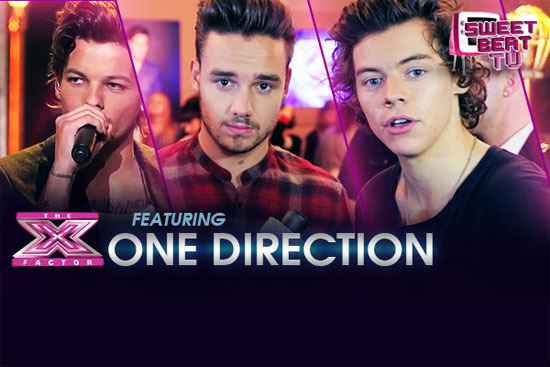 Following One Direction's brilliant performance of "Story Of My Life," Liam Payne and Harry Styles of the band dish on the untold stories of their lives. The song also appears on their new album Midnight Memories, which is out today!

We also get to check in on Alex & Sierra and their mellow acoustic version of One Direction's "Best Song Ever!"

Next, judges Demi Lovato, Simon Cowell and Kelly Rowland discuss why the X Factor is such a cultural phenomenon, and why One Direction are currently the biggest stars on the planet!

Ellona Santiago, the boys of Restless Road, and Rion Paige also show off her best British accents, and M Magazine asks what the stars are all thankful for this year!

Are your favorite X Factor contestants Directioners? You'll just have to watch the episode to see!

Want to be the first to see all of our latest X Factor updates? Join us at Sweety High!