Everything You Need to Know About Cooper Green, Half of Your New Fave Pop Duo

We've already hinted at how much we love brother-sister pop duo Cooper & Gatlin, but this week we thought they deserved their very own spotlight.

The duo wowed us with their debut single "Break" last year, and Cooper happens to be married to our other all-time fave Megan Nicole ????. We can't wait to see what this year has in store for these cuties, so Sweety High kicked things off by getting the lowdown straight from Cooper himself. 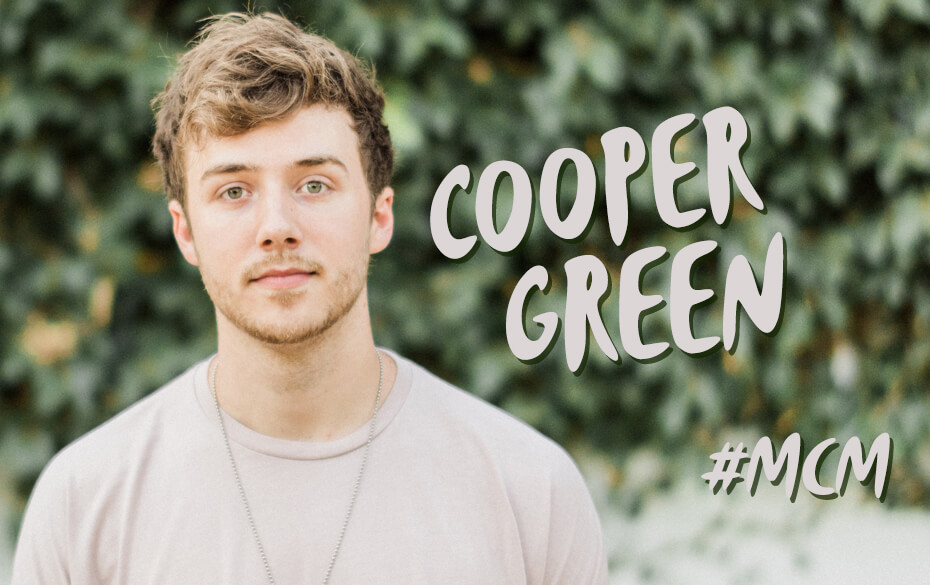 1. His dream vacation would be a full tour through Europe.

"I've spent some time in London and I absolutely loved it. I've heard there's a city in Italy that has train connections to all these other major cities in Europe, so I'd want to go there, for sure! Also, I'm a huge soccer fan, so I'd want to catch some games while I'm there."

2. A big thing he learned this year is just how possible it is to make your dreams come true.

"I'm blessed to be surrounded by amazing, talented people, so making the things that are floating around in my head is actually something I can do. I don't have to wait around for my chance, I've got everything I need to get started right now. That was a big deal."

3. He's huge on guitar-collecting and anything music-related in general.

"I've got like, 20, I think. I also have a pretty decent record collection."

4. If he could only shop at one store for the rest of his life, he would (obviously) pick Topshop.

5. His favorite part of the day is always coming home to Megan and his dogs.

"Home is my favorite place to be because of them."

6. "He's not a huge snacker but he always makes at least a few cups of coffee a day.

"I roast my own coffee beans, so it's yet another thing I'm a huge nerd about. I've been told that I'm a different person when I haven't had my coffee, so it's probably best for everyone if I don't try to live without it!"

7. He loves Coldplay, John Mayer, the Kooks and Bon Iver, but his all-time favorite song is "Familiarity" by Punch Brothers.

"This is kind of cheating because it's 10 minutes long, so it's like three songs in one, but I think it's one of the greatest pieces of music ever made. I could talk for hours about how the frontman, Chris Thile, writes music. I want to be like him when I grow up."

If you're now a Cooper & Gatlin fan, we can almost guarantee you're also an R5 fan. HERE's everything you didn't already know about Riker Lynch.