Daniel Skye Reveals the Best Way to Get Your Crush's Attention

Do you get totally tongue-tied when talking to your crush?

If so, you're not the only one. It happens to everyone at some point, and we'll be the first to admit that working up the courage to talk to that special someone isn't easy. 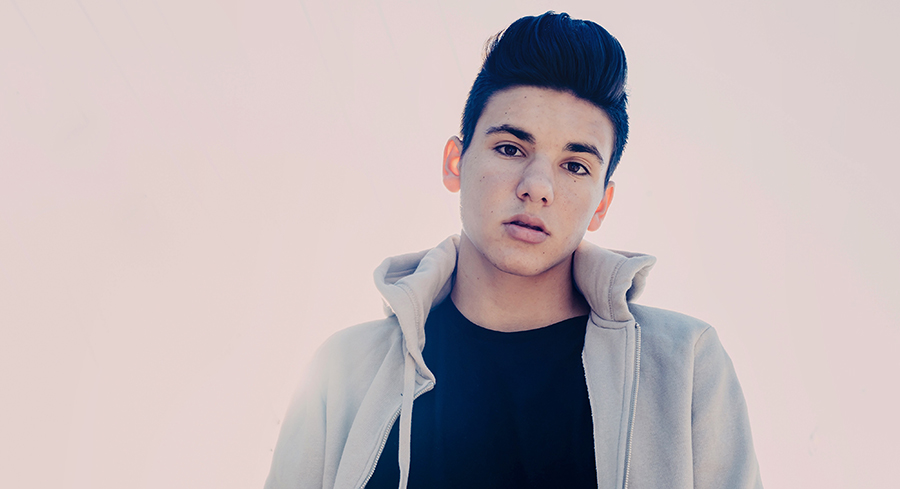 We chatted with Daniel, or shall we say the love doctor, about all things crush related, and he brought his A-game by delivering to us his best pieces of advice for snagging a date.

Sweety High: What is the best way for a girl to get a guy's attention?

Daniel Skye: Don't do too much. Because if you do too much, then it's going to come off a little bit… desperate. I would say show them that you're interested just by saying, "What's up?" Be yourself, and be straight up.

SH: What is the worst way to get a guy's attention?

DS: Like I said before, just don't do the most. If you do the most, the guy is going to be turned off. Keep it simple and casual!

SH: What are some telltale signs that a guy is into a girl?

DS: If I like a girl, I'll be flirty with her. Or, a lot of guys make fun of a girl they're into.

SH: Would you recommend a girl waits to be asked out by a guy, or is it cool for her to make the first move?

DS: It's for sure cool if a girl says, "Hey, want to hang out?" But as far as asking out goes, in my experience, I usually see the guy doing it. But it really depends on the situation. If it's taking too long for the guy to ask the girl out, then she can step in and be like, "Yo, what's up?"

SH: What is the best text that a girl can send her crush that will elicit an immediate response?

DS: It really depends on the situation. If you have an inside joke with them, then you could use the joke for a text—that always works. If you don't, you could just say something like, "What's up, how was your day?" Hopefully it works! If they're interested, they'll most likely answer you.

SH: How much attention do guys pay to a girl's makeup and hair?

DS: I think it's cool to be natural. I don't really pay attention to a girl's makeup.

SH: What would you say is the best piece of advice for handling rejection?

DS: Everything happens for a reason, and everything will be fine. There are seven billion people in the world, at least one person will like you. If it doesn't work out, you just have to stay positive!

SH: And finally, what makes a great first date?

DS: What I've done in the past, and what I personally think is a great first date, is taking a girl to a movie theater. Some people have trouble talking to a girl for three hours, holding a conversation one-on-one. So, at the movie theater you can get to know a person, but if you don't have anything to say, watch the movie. Or you could do something crazy to really get to know the person, like go cliff jumping!

Pretty solid advice, right? If you're searching for more, hop on over HERE and see what Joey Bragg had to say about getting your crush's attention on social media.