From Toy Story to Finding Dory, I've just about seen every Pixar film at least 10 times.

When I heard the California Science Center in Los Angeles, California, opened an exhibit dedicated to the science behind Pixar, I drove on down to the venue faster than you can say "to infinity and beyond."

Upon first entering the exhibit, I watched a short film on the whole process of how a film is created. Once the video ended, I made my way through the rest of the exhibit and this is where the real magic happened.

As I walked in, I was greeted by two familiar faces—Mike and Sully from Monsters University. 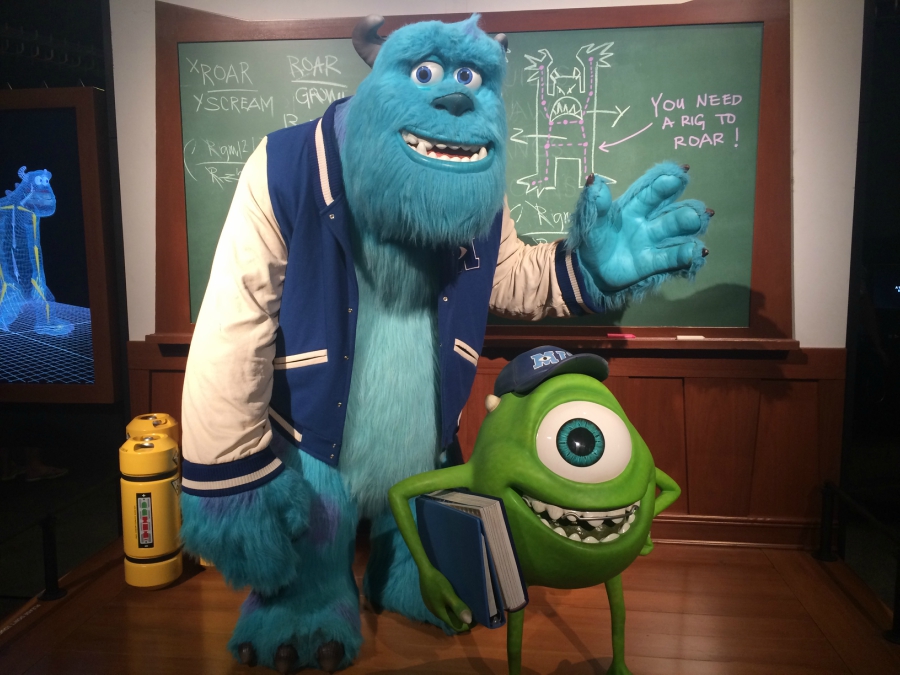 They looked more than happy to be at the science center, educating me and the rest of the visitors on everything that goes into the making of their films.

Mike and Sully weren't the only movie characters at the exhibit, however. Dory, Buzz Lightyear, Wall-E and even Edna Mode from The Incredibles also took up residence within the center, putting a smile on every single attendee's face. 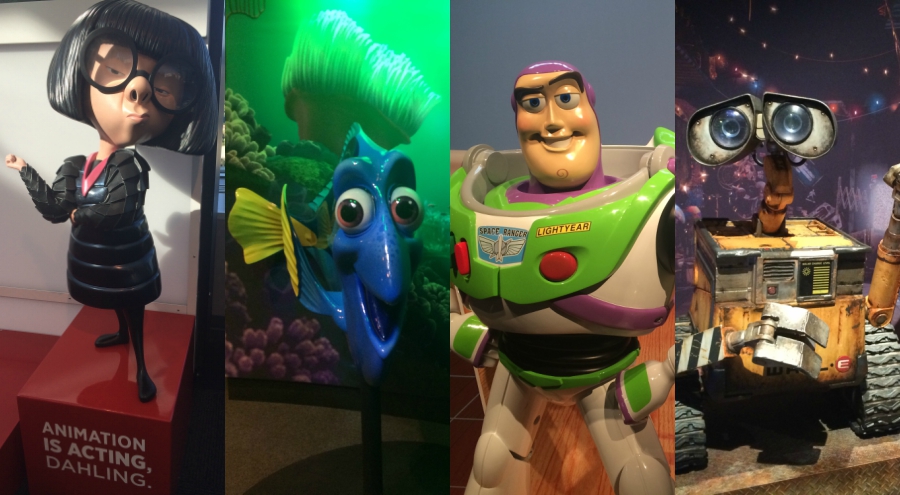 I definitely felt like a kid in a candy store roaming the halls of the exhibit.

Other than seeing lifelike statues of some of my favorite characters, I had the best time tinkering with the interactive elements of the exhibit. And, oh boy, were there plenty of things to mess around with.

From learning how Merida's curly red hair came to be, to discovering how critical lighting is to a scene, the exhibit covered every important step in the Pixar making process.

One of my favorite elements was getting to design a virtual set for Monsters University. 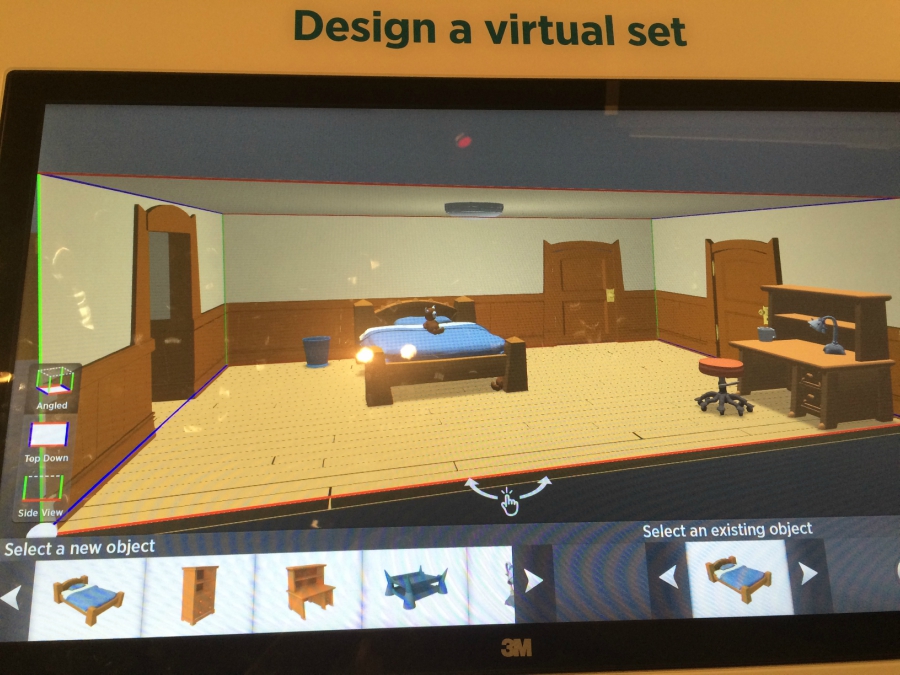 The picture doesn't do it justice, but my virtual set designing skills are not too shabby, if I do say so myself.

I even tried my hand at designing my very own robot. Ain't he just the cutest? 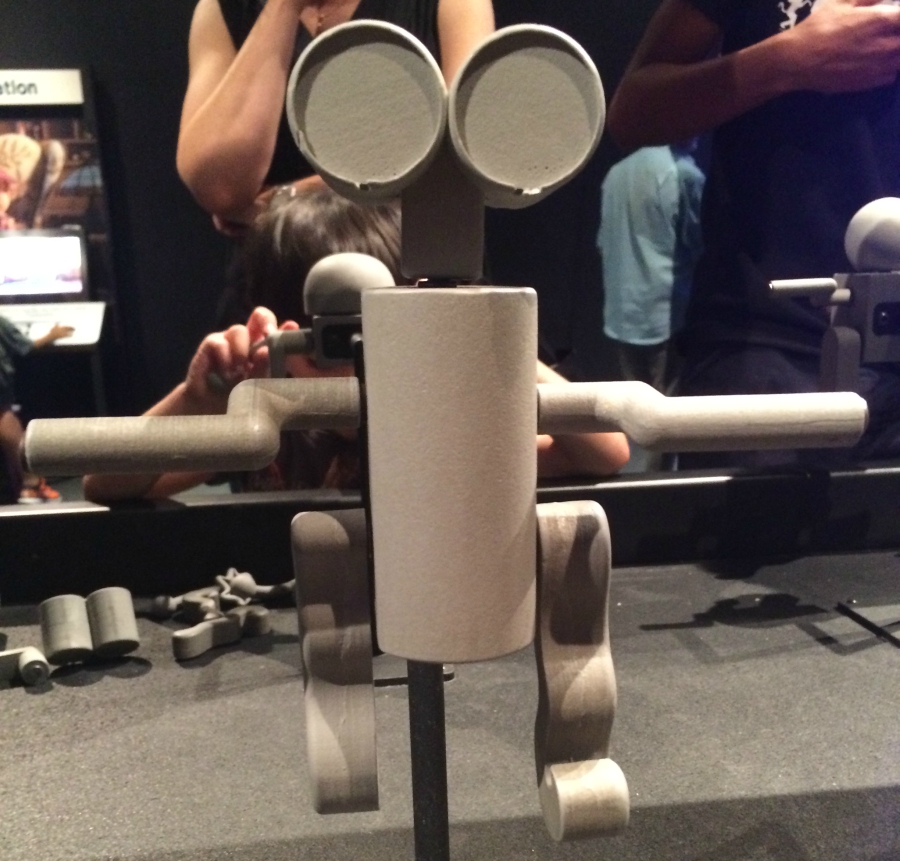 Next, I messed around with the lighting on a model replica of Carl Fredricksen's living room in Up.

I definitely spent more time than I needed to flipping a few different light switches on and off, but how could I not?

There is so much more to this exhibit, however, than I've shared with you all here. It truly is something you must experience for yourself to really appreciate all the hard work and dedication that goes into your favorite Pixar movies.

I always knew math, science and technology were critical parts of the Pixar movie-making process, but I never realized really just how important they are. It's incredible to understand their impact in bringing every single character to life.

You'll honestly never watch a Pixar film the same after visiting, and I mean that in the best way possible.

The Science Behind Pixar exhibit will be open until April 9, 2017, so you still have plenty of time to make your way to the California Science Center to visit.

Because you're clearly a Pixar fanatic yourself, we suggest you take THIS quiz to discover which non-human Disney character is your spirit animal.