You Totally Forgot THESE Stars Were in Disney Channel Original Movies, Didn't You?

Disney Channel has provided us with a ton of amazing DCOMs over the years.

So many that it's hard to keep track them all, especially when it comes to remembering who starred in which movie.

Sit back and relax, because we're here to reveal which actors you totally forgot were in DCOMs. Keep scrolling, and prepare to be mind-blown.

Before she was a Cheetah Girl, Raven-Symoné starred in Zenon: Girl of the 21st Century. She played Zenon's BFF, Nebula, who tried her very best to keep the adventurous Zenon out of trouble. She was all sorts of sassy and had one heck of a wardrobe. If only this DCOM actually predicted what the future would be like. 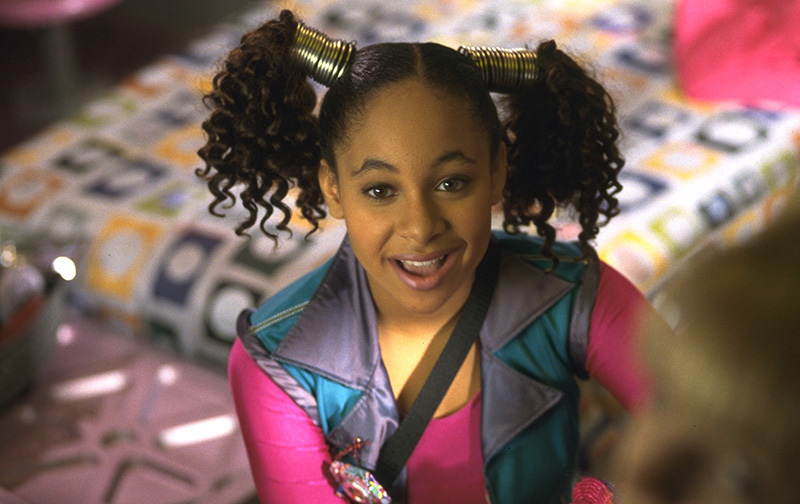 (Zenon: Girl of the 21st Century via Disney Channel)

You know Ryan Merriman as Ian Thomas from Pretty Little Liars. Back in the day, he was in not one, but three iconic DCOMs: Smart House, The Luck of the Irish and A Ring of Endless Light. Our personal fave is def Smart House, because we need our own tech-savvy home. 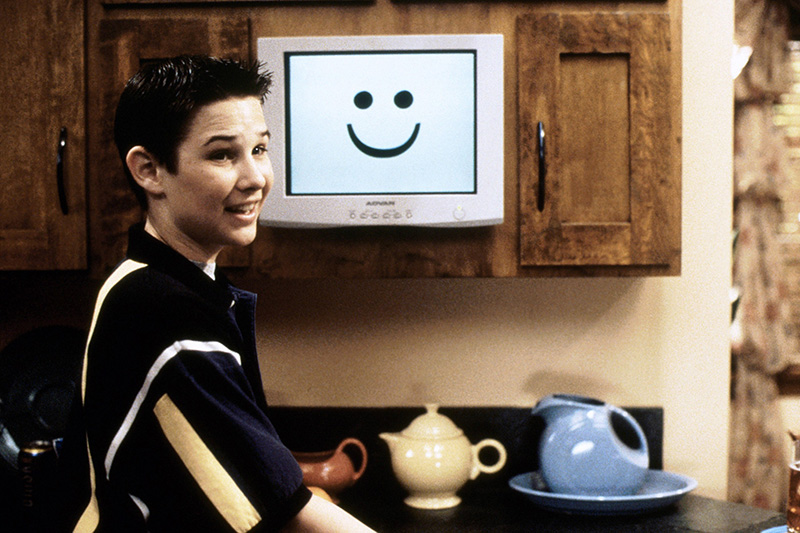 Kaley Cuoco is best known for her role as Penny on The Big Bang Theory. But before that, she was in the DCOM Alley Cats Strike. The movie was certainly unique, considering it focused on a bowling rivalry between two different friend groups. Who knew bowling could be so competitive? 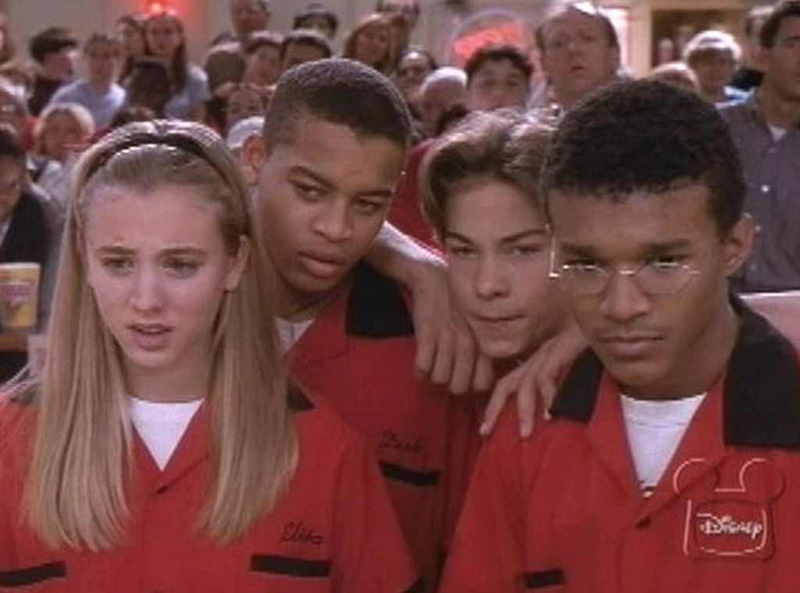 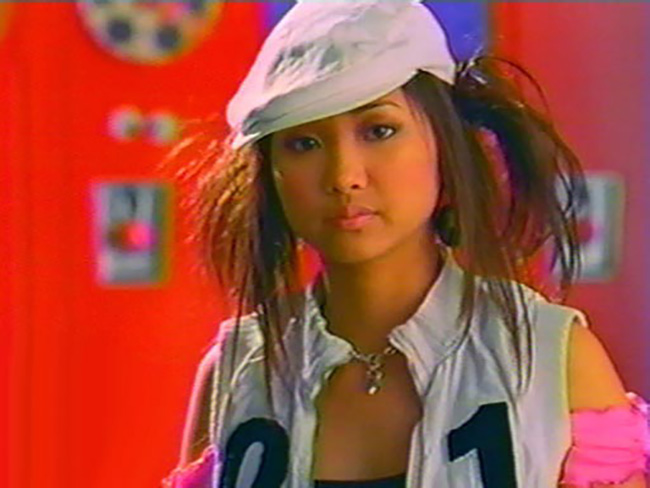 Brenda wasn't the only notable actress in Stuck in the Suburbs. The Flash's Danielle Panabaker starred alongside Brenda in the DCOM. Danielle was also in another flick with her sister, Kay Panabaker, called Read It and Weep, where she played the fictional character from her sister's novels. 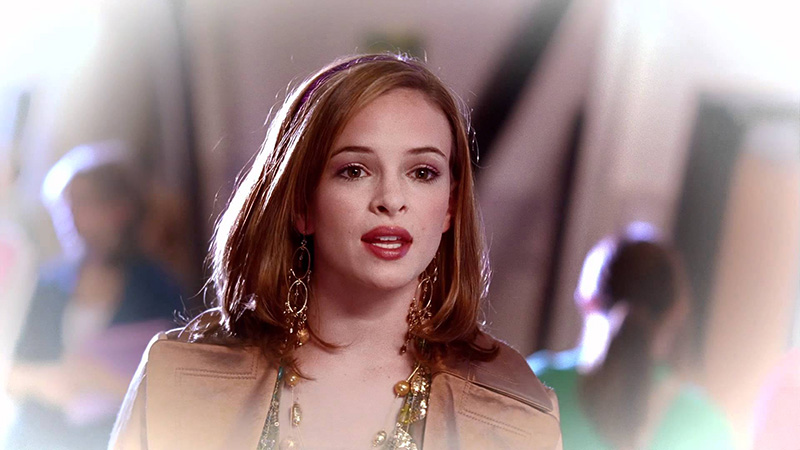 (Read It and Weep via Disney Channel)

Lindsay Lohan has been in the acting biz for years. Before she became a global phenom, one of her first roles was in the DCOM Get a Clue alongside Brenda Song. In the flick, Lindsay's character recruits her friends to help her find her missing teacher. 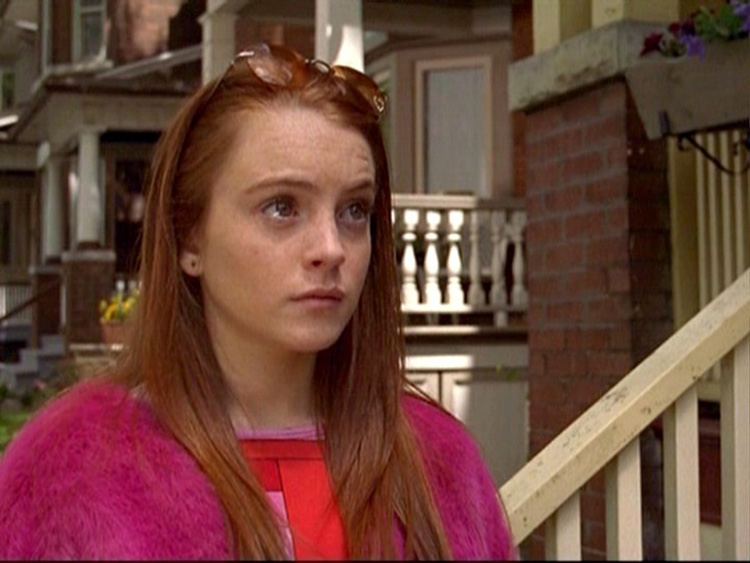 (Get a Clue via Disney Channel)

Now an Oscar-winning actress, Brie Larson also got her start on the Disney Channel. She starred alongside Beverley Mitchell in the DCOM Right on Track, which is the true story of Courtney and Erica Enders rise to success in the sport of drag racing. 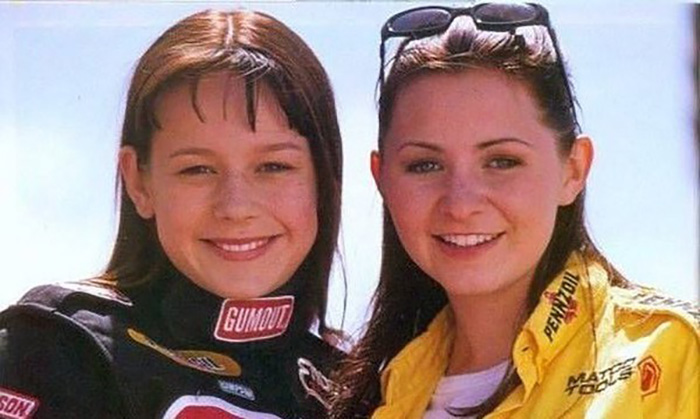 (Right on Track via Disney Channel)

Right before he stole our hearts as Jeremy Gilbert on The Vampire Diaries, Steven R. McQueen was in the DCOM Minutemen with Chelsea Kane and Jason Dolley. He played the popular jock boyfriend of Chelsea's character in this time travel-focused movie. 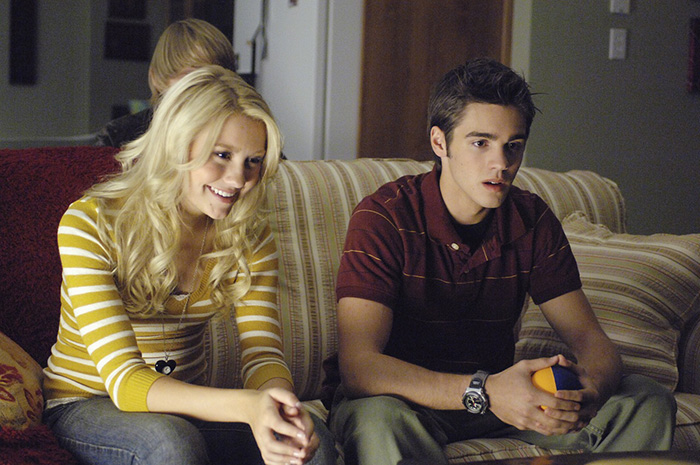 One of America Ferrera's very fist roles was in Gotta Kick It Up!—an inspiring tale following the success of a high school dance team. Not too long after that, she went on to star in The Sisterhood of the Traveling Pants. 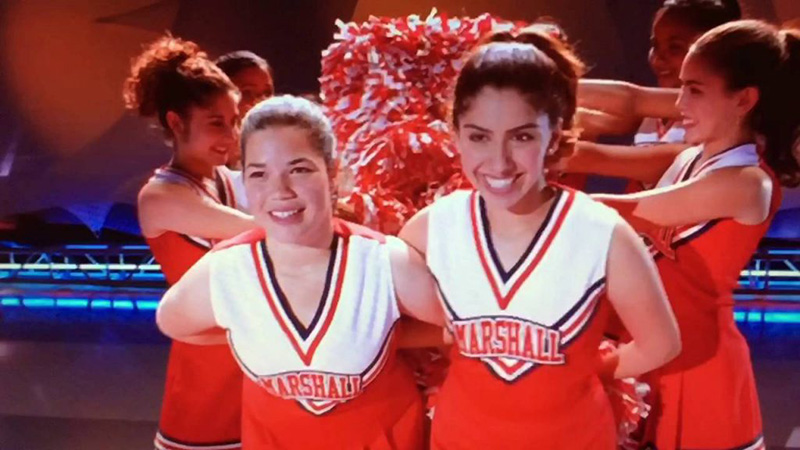 (Gotta Kick It Up! via Disney Channel)

You love her as Juliette Barnes on Nashville, but we bet you totally forgot Hayden Panettiere starred in the DCOM Tiger Cruise. The film is much more somber than most, focusing on a naval carrier that's called back into battle after 9/11. 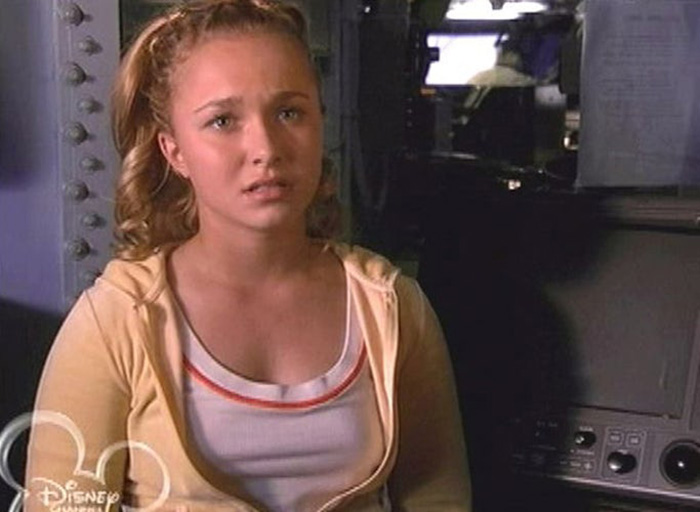 A totally underrated DCOM, Gregg Sulkin starred alongside Britt Robertson in Avalon High. After moving to a new school, Britt's character discovers she and her new friends are involved in the reincarnation of King Arthur. 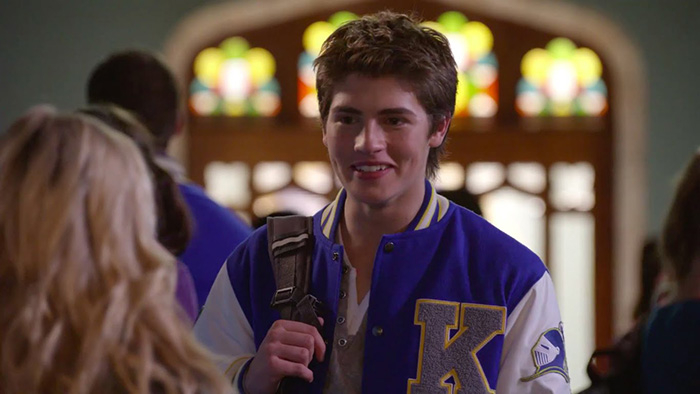 If you saw the Power Rangers movie this year and wondered why Kimberly the Pink Ranger looked so familiar, it's because Naomi Scott was in the masterpiece Lemonade Mouth with Bridgit Mendler, Adam Hicks, Hayley Kiyoko and Blake Michael. Next up, Naomi will star as Princess Jasmine in the live-action remake of Aladdin. 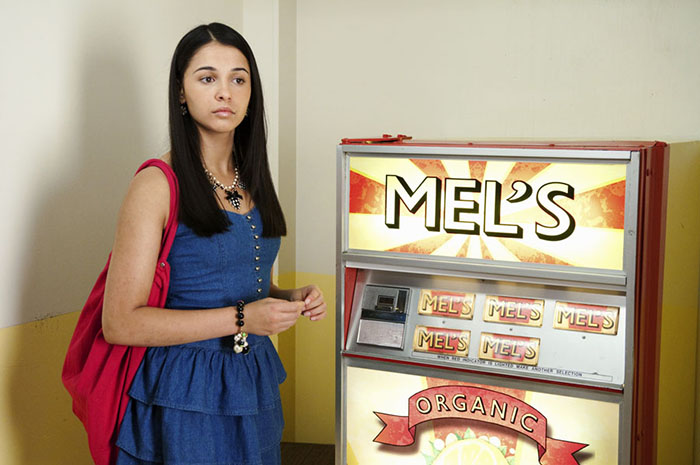 The Originals actress made her Disney Channel debut as Jessica Olson in StarStruck, where her character gets stuck looking after a famous pop star she doesn't care too much about. The dream! 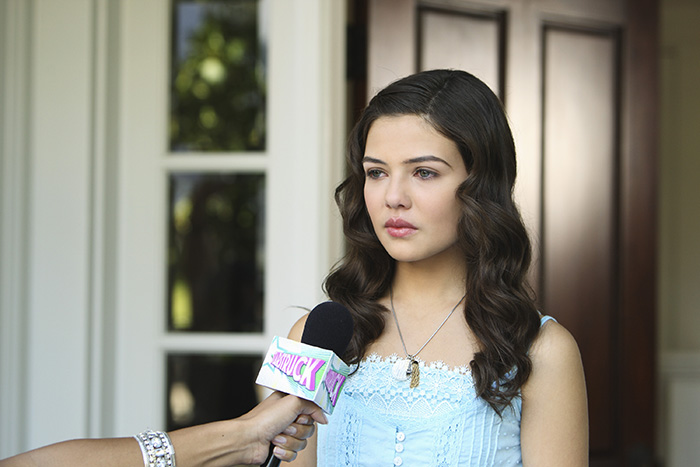 Danielle isn't the only actress from The Originals who has been in a DCOM. Her costar, Leah Pipes, played singer-songwriter Samantha in Pixel Perfect. After her band acquires a holographic pop star, they soon make it big, but their rise to the top isn't smooth sailing. 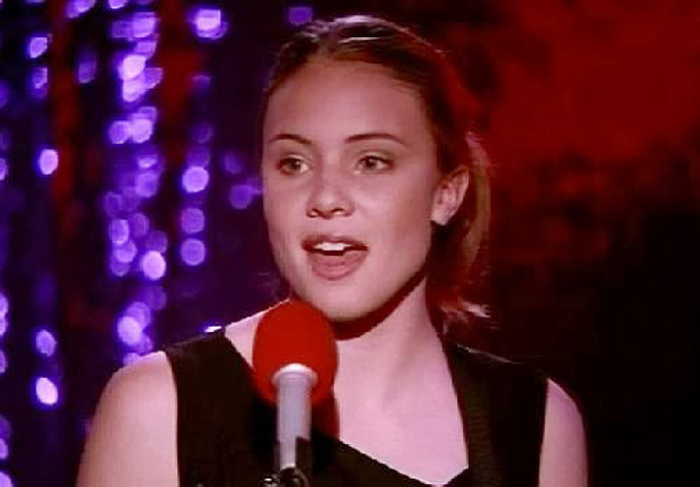 G. has been in a ton of Disney Channel shows, but you probably forgot about her role in the DCOM Den Brother. Just a few short years later, she'd star in Dog With a Blog. 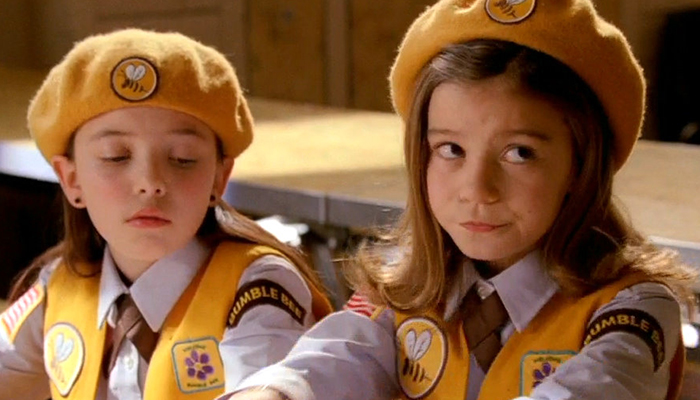 Olivia Holt got her start on Disney Channel after she starred in the DCOM Girl vs. Monster. In the movie, Olivia's character is forced to become a monster hunter after her parents are captured by one. 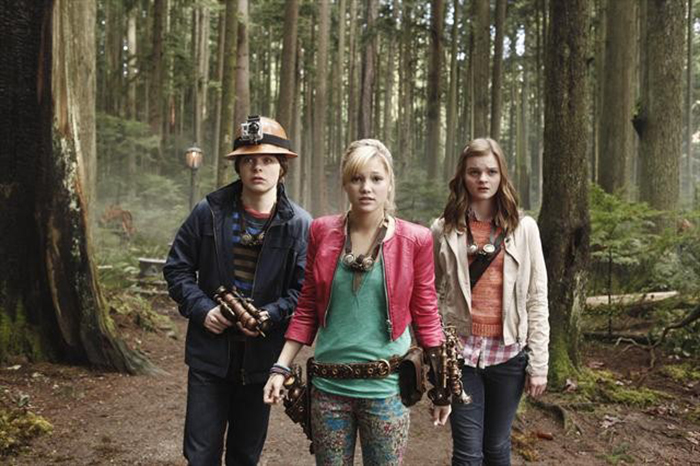 (Girl vs. Monster via Disney Channel) 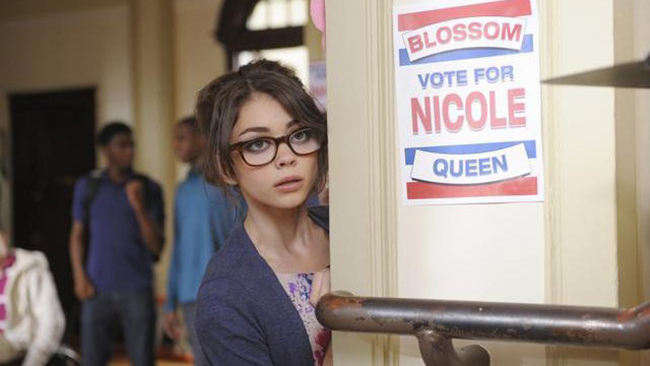 After you rewatch all of these flicks, read all about Disney Channel's next original movie Zombies HERE.