The Friends Character You Are, Based on Your Zodiac Sign

Let's get one thing straight: If you haven't stayed up through the wee hours of the night binge-watching Friends, you're not a true fan. Us aficionados dream of chatting with the famous group in Central Perk over a steaming cup of coffee, while laughing at Chandler's bad jokes. We want to go shopping with Rachel and have a home-cooked meal waiting for us at home from Monica. We could keep going, but you get the point.

Ever wonder which one you're most like? Continue below to find out which Friends character you are, based on your zodiac sign:

Rachel Green is an Aries through and through. She's all about confidence, and effortlessly exudes it when she steps foot into any room. After all, she never gave a sign to Gunther that she was into him, yet he still swoons over her each season! Also just like a typical Aries, Rachel tends to be quite impulsive—just think about her shopping habits (hello apartment pants and sphinx cat). 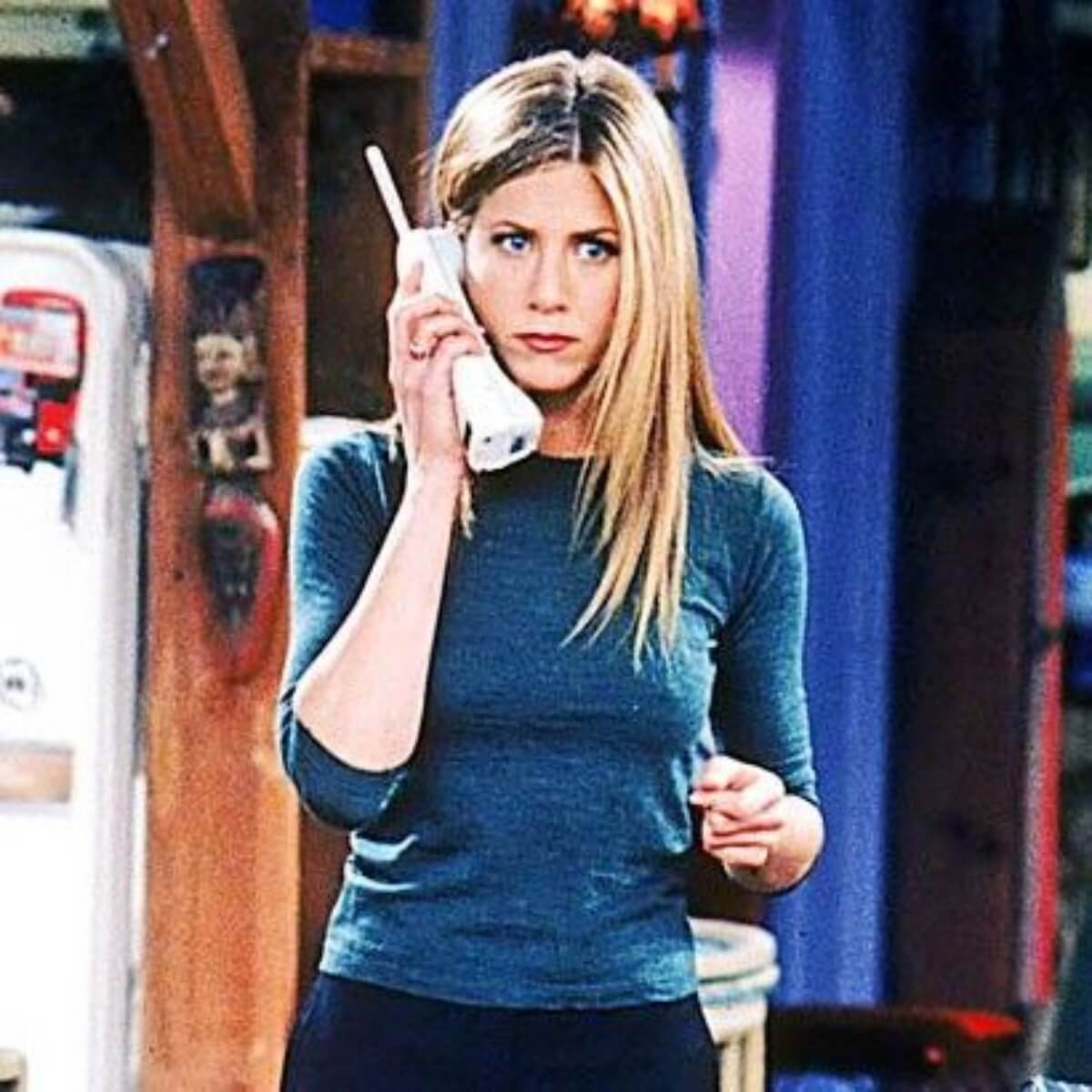 Sweet, sweet Richard is the epitome of a Taurus. Like the sign, he's responsible, loyal and stable. He has a thriving business, beautiful home and friends who care about him. And while it didn't work out between Richard and Monica because he didn't want any children, he's still one of our fave exes. 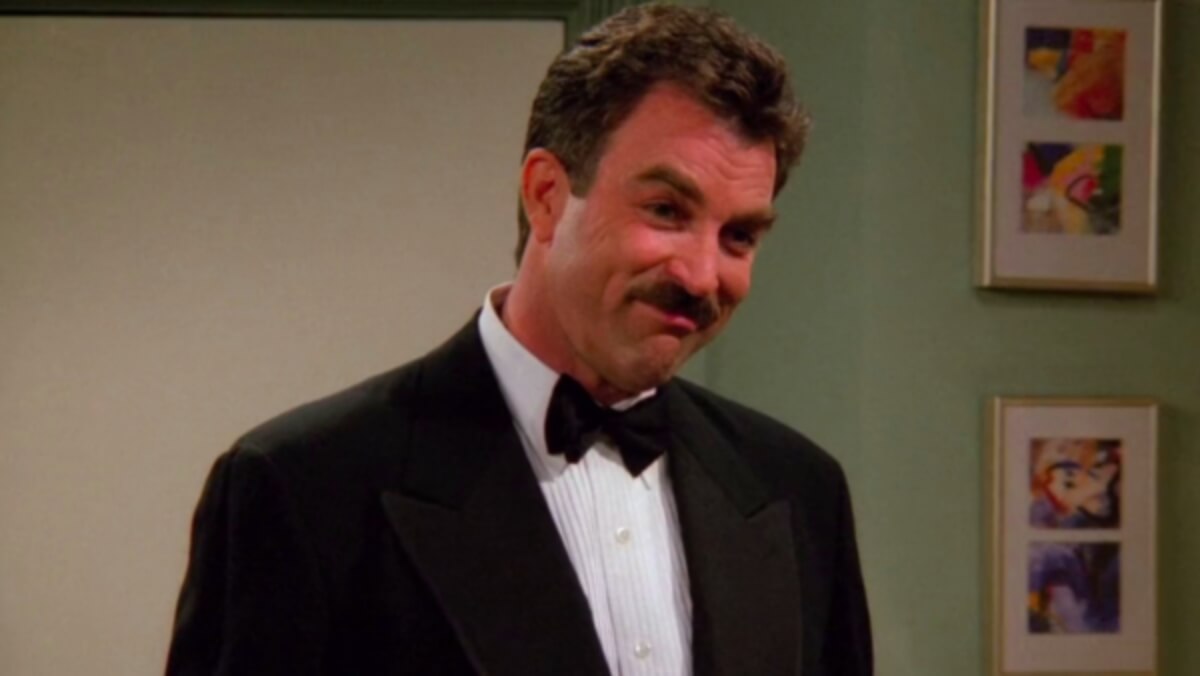 Phoebe Buffay screams Gemini. Her gentle and curious nature is what draws people into her. Sure, she's a weirdo at heart, but her actions all come from a good place. Phoebe is adaptable in any situation (remember Regina Phalange?) and knows how to bring spirits up with her big heart and welcoming attitude. 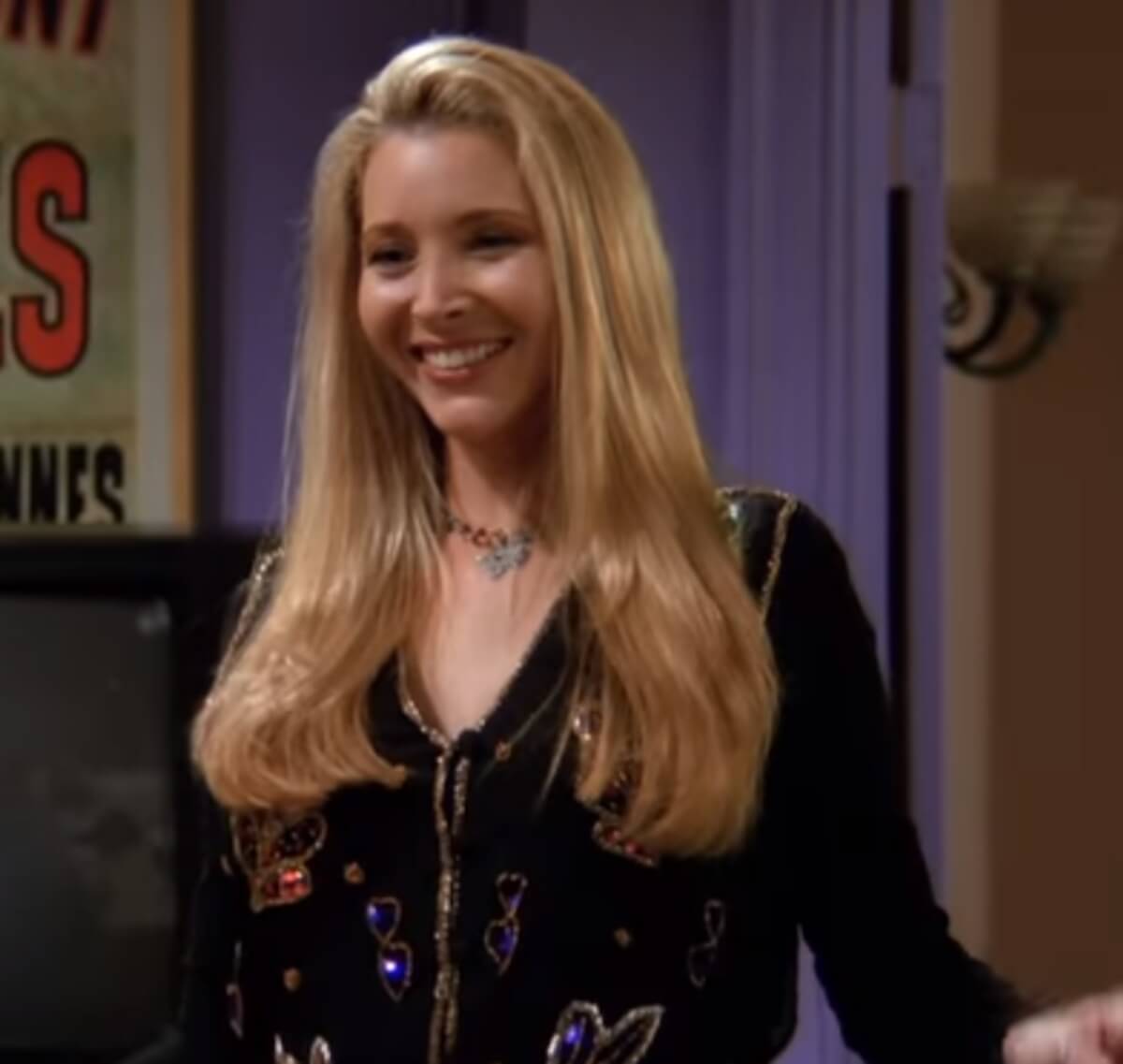 Ross, meet Cancer. Ross is just like this sign, especially when we're talking about his mood swings. Remember his major freakout when someone ate his leftover sandwich? Yeah, he's not the best at reining in his emotions, but that's why we love him. He's super emotional, loves love (three marriages are proof) and is incredibly tenacious (it was not a break, Ross!). 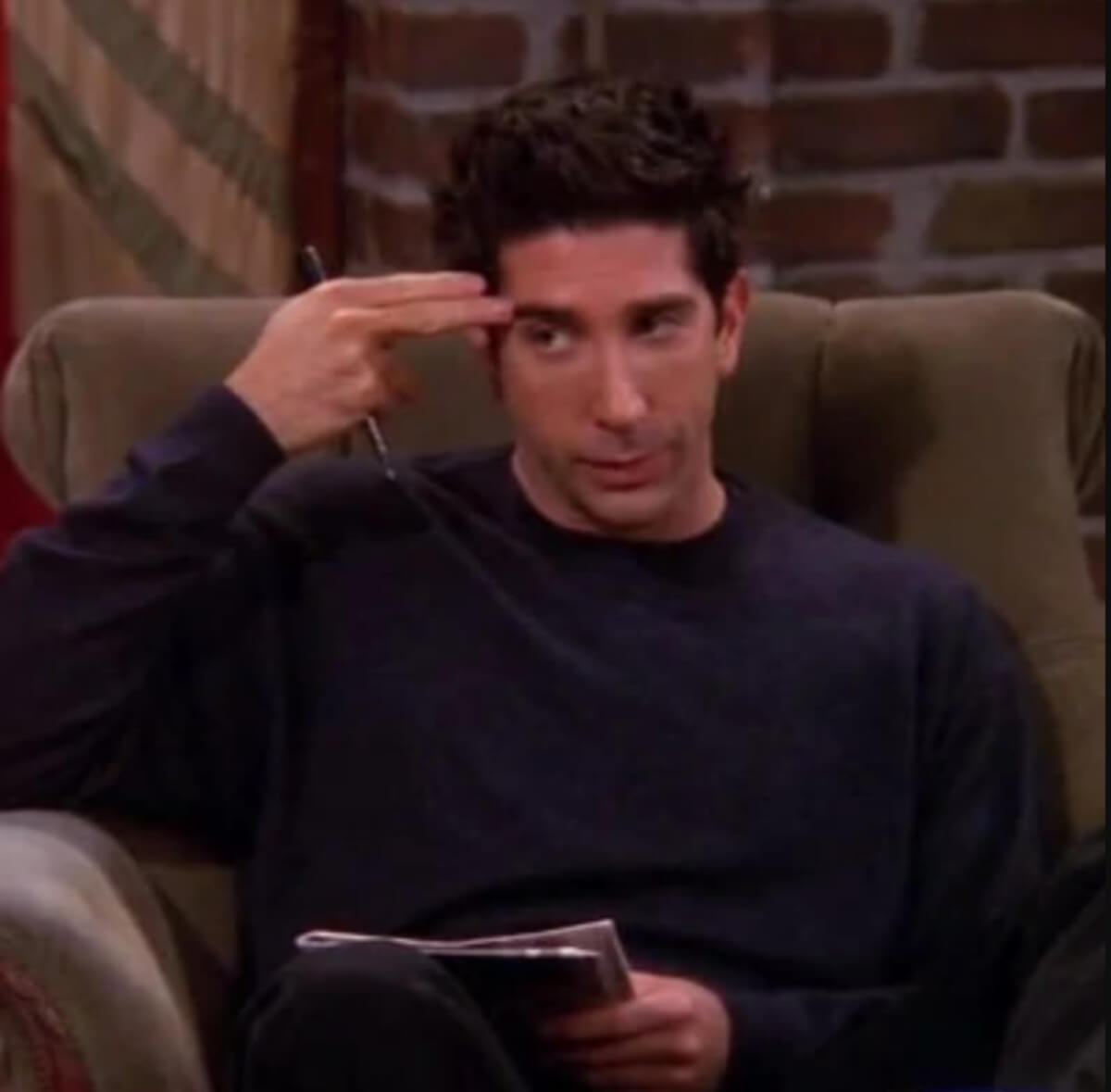 When Joey's around, good luck keeping a smile off your face. Just like a Leo, Joey is tenderhearted and cheerful. He gets along with everyone (except Janice) and tends to be a bit stubborn. Plus, he's an actor and loves being on stage. His overly flirty behavior somehow works for him, and our knees buckle every time he says, "How you doin'?" 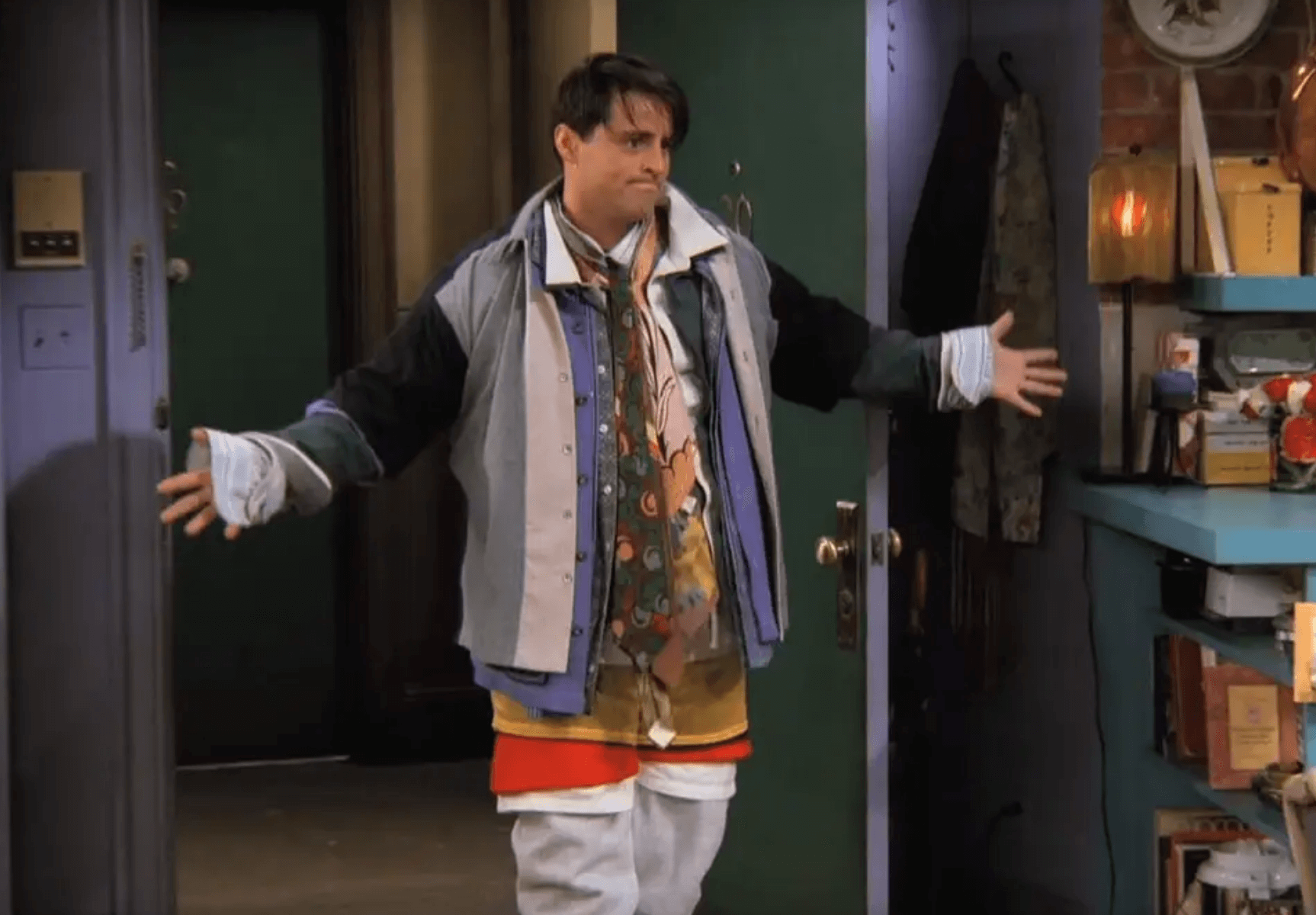 You know the saying "all work, no play"? It's the embodiment of both Virgos and Monica. She's all about advancing her career and is very judgmental of herself (and let's face it, others). She's without a doubt the most hard-working of the main characters, which can be seen by her work advancements throughout the series. 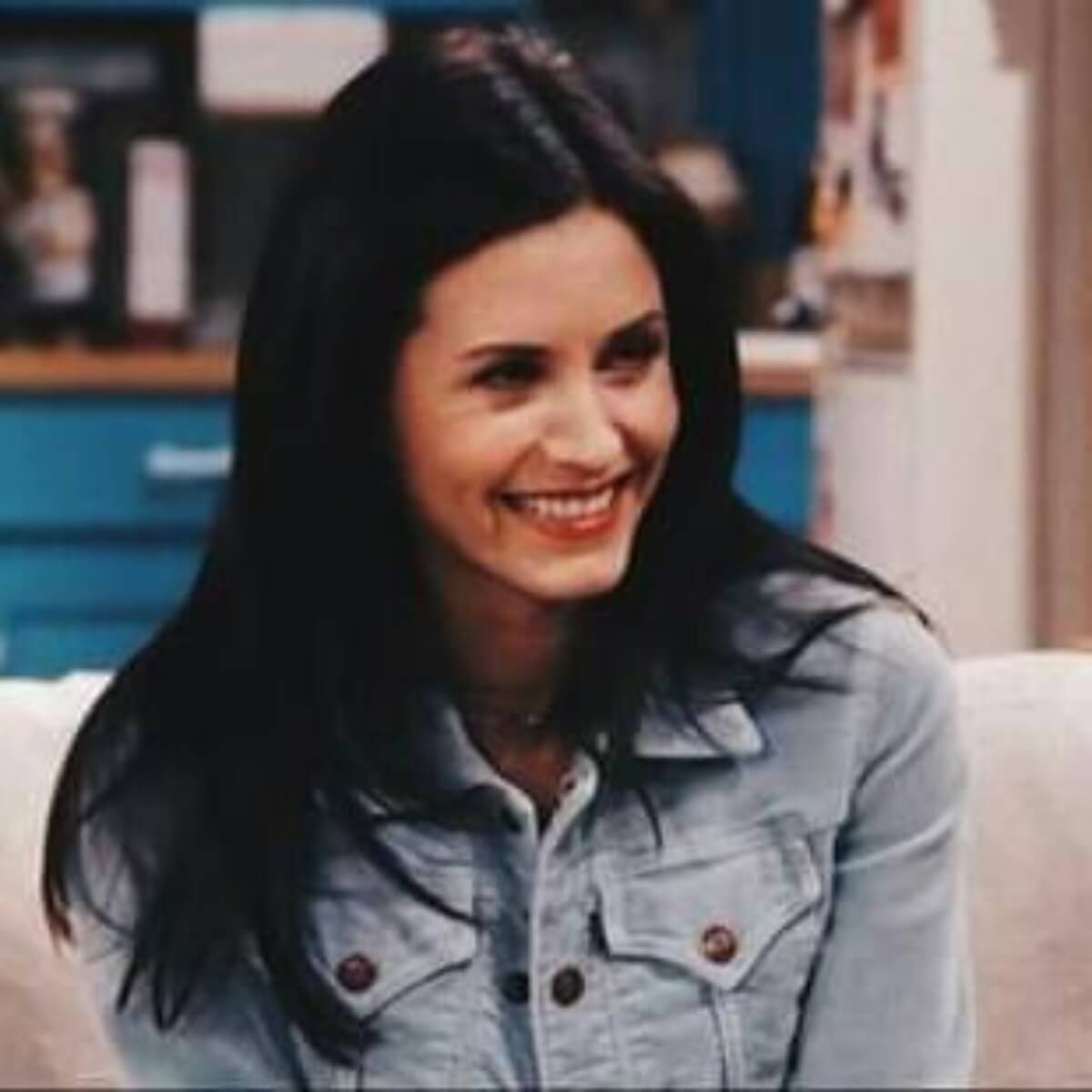 Libras, like Gunther, are known for avoiding confrontations at all costs. He's always lurking in the background of Central Perk, watching as Rachel's boyfriends come and go. Gunther is convinced she's his soul mate, yet he never quite makes it known to her. Remember that brief stint when Rachel worked at the coffee shop? That was all thanks to Gunther and his graciousness, even though she had no experience. 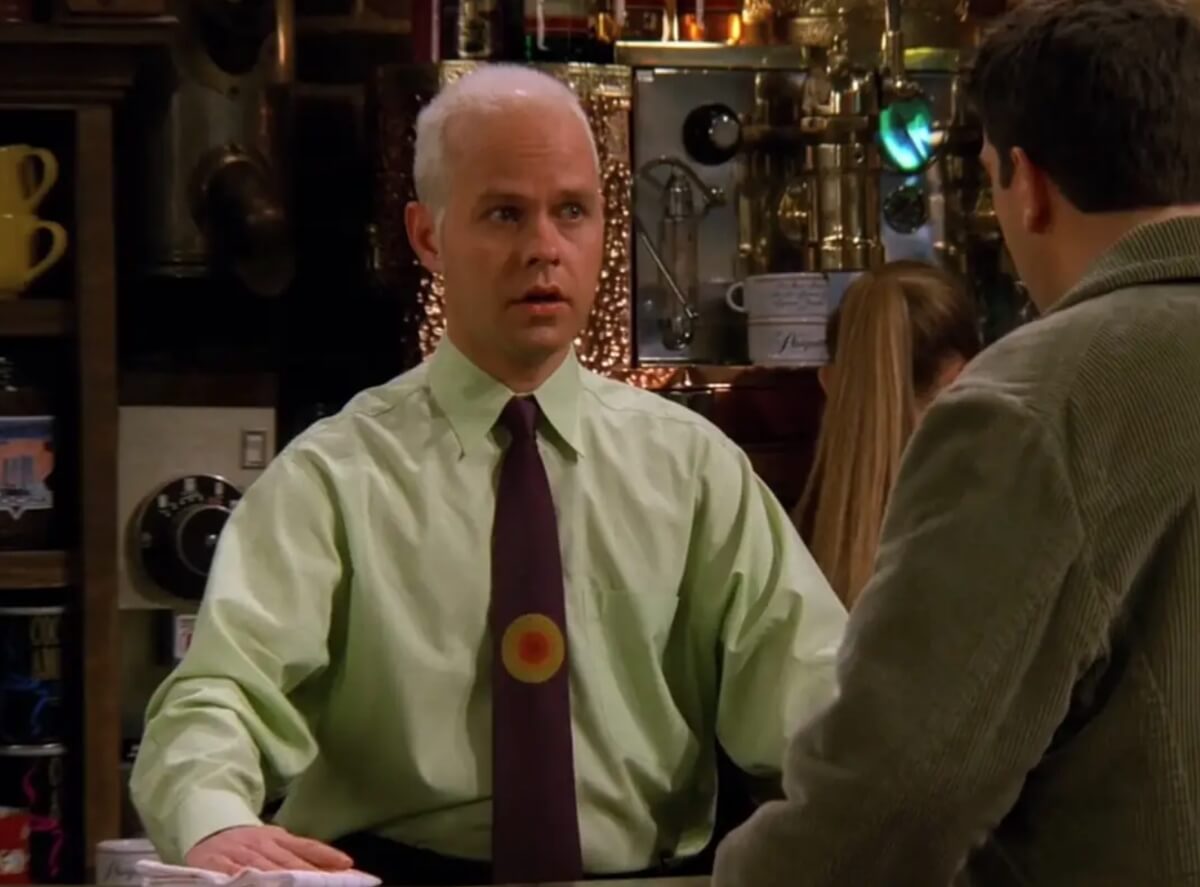 Scorpios are arguably the bravest of the signs, just like our dear friend Mike. He took a big risk when he flew in and proposed to Phoebe, but it all ended up working out. His love and passion for her is so heartwarming that we can only wish we meet a guy like him IRL. When he wants something, you can bet he's going to go after it. 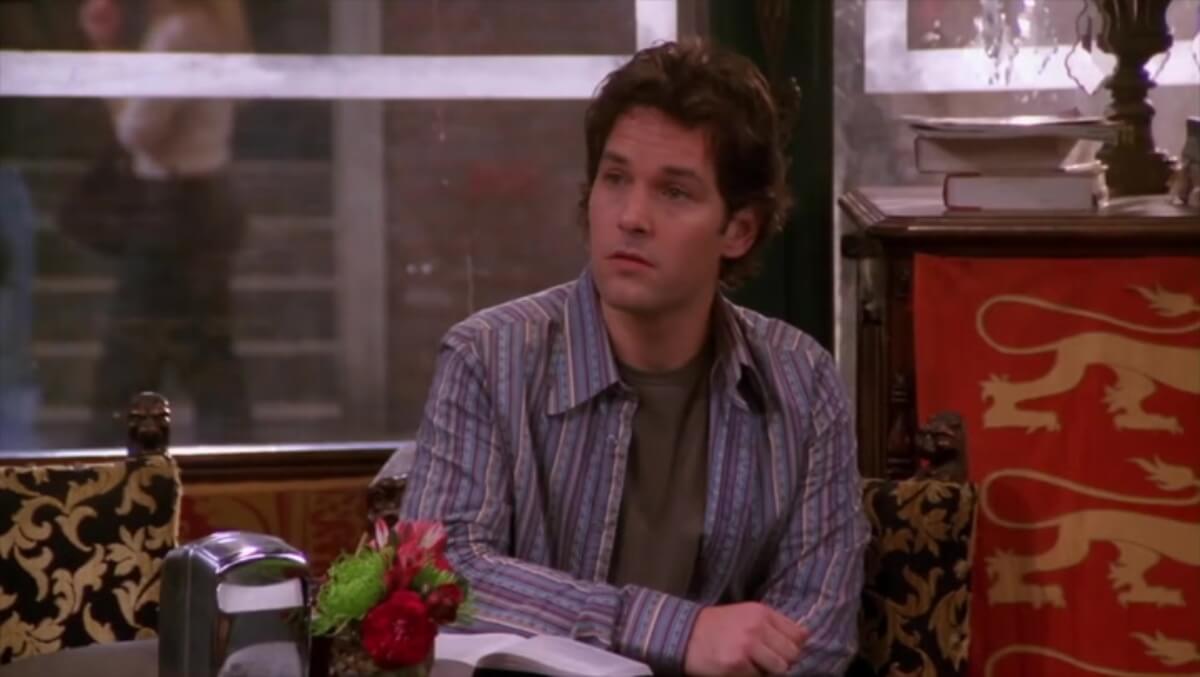 When we think of Chandler, we think of his sense of humor. Like a Sagittarius, his wit and comedy is what he's known for. With his comedic expression also comes word vomit, meaning he tends to say whatever comes to his mind. Plus, his romantic side is shown through his love to Monica. Could they be any cuter together? 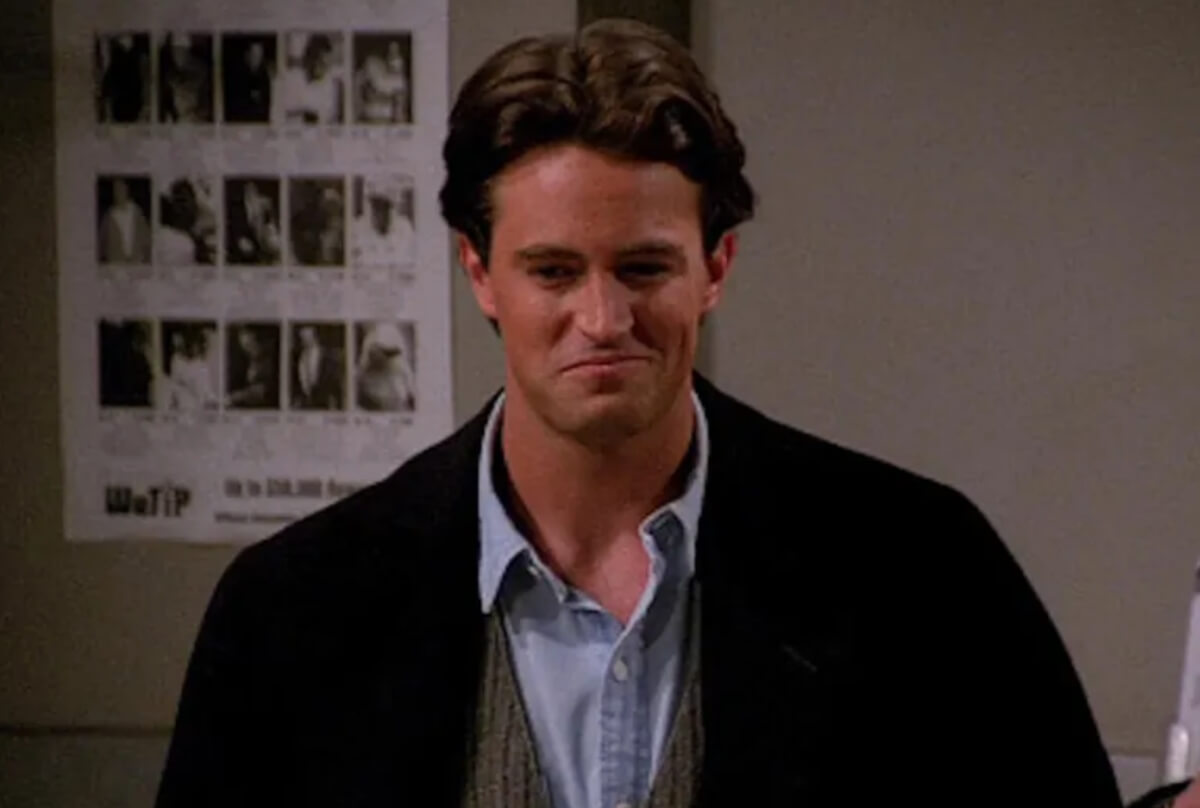 Capricorns love being surrounded by family, just like Carol. Her adoration for Ben and Susan knows no bounds, and she's willing to do anything to take care of them. And while she did technically cheat on Ross before coming out, she handled the whole situation rather responsibly, as any Capricorn would. 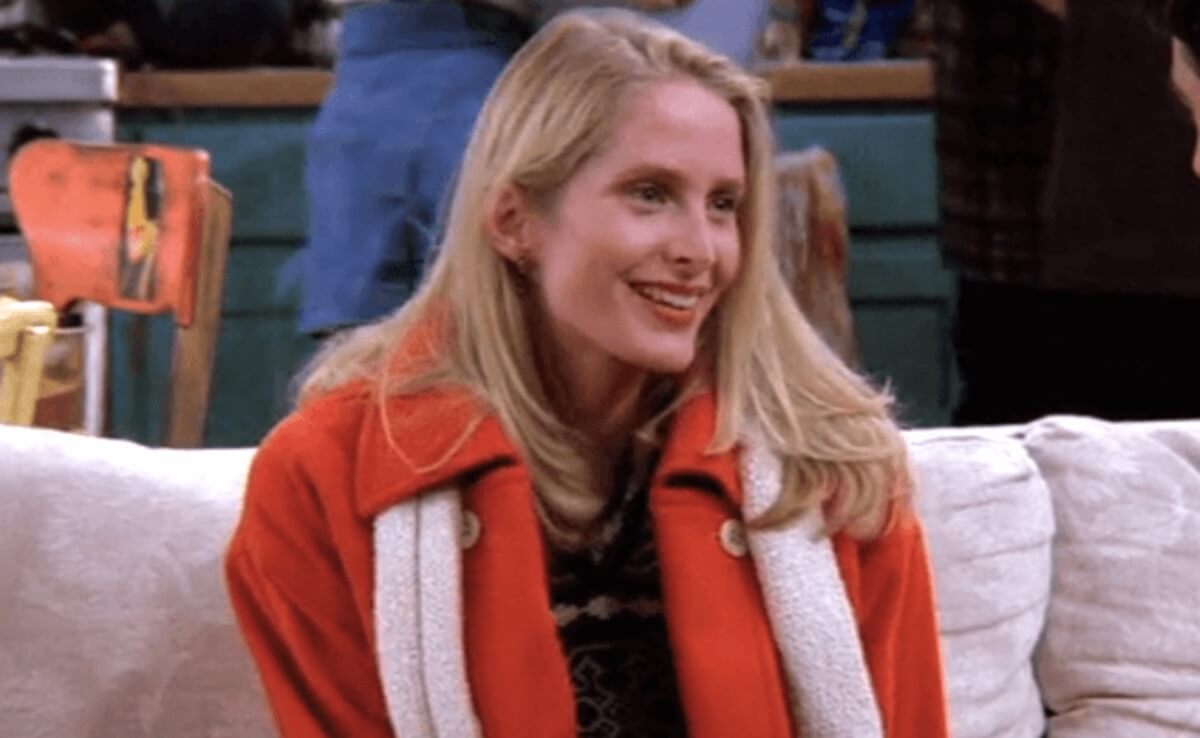 Rather than face a bad situation, Emily runs the opposite direction, just as an Aquarius would do. When Ross said Rachel instead of Emily at the altar, she was understandably upset. She then took off through the bathroom window and refused to talk to Ross for quite some time. Tbh, we don't blame her unforgiving attitude! 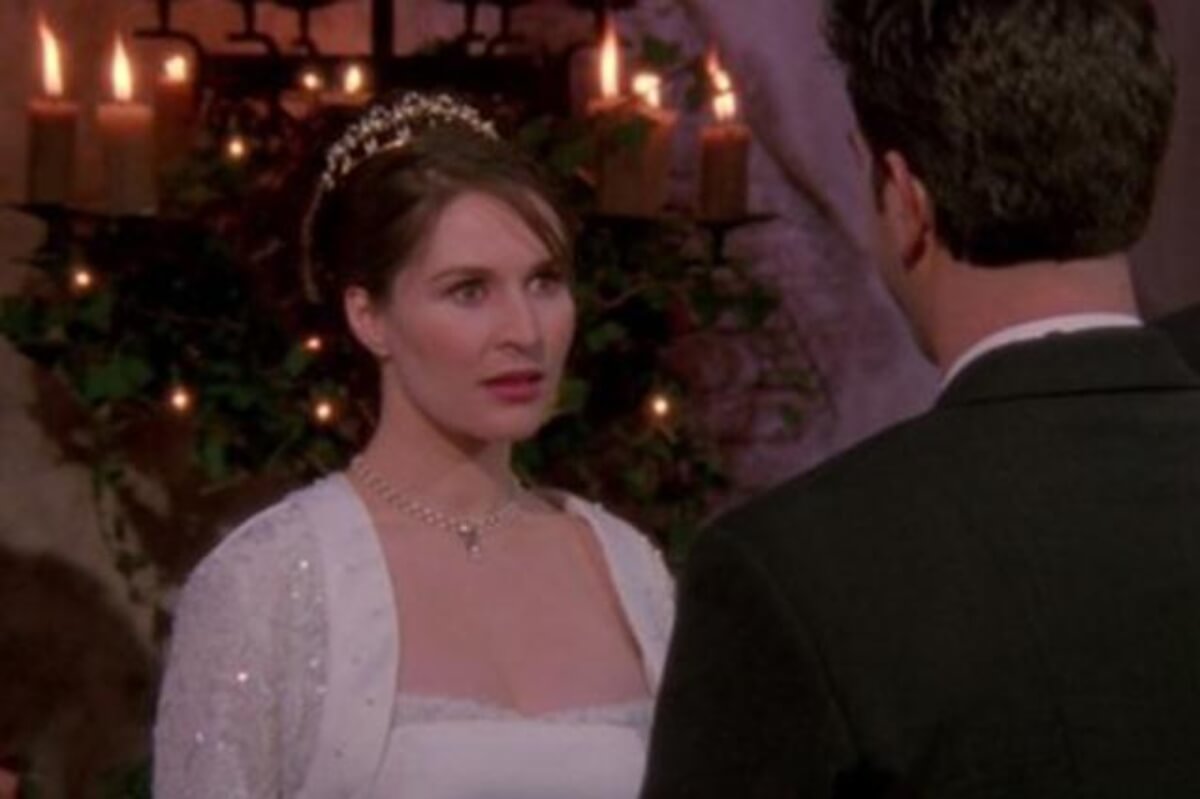 "Oh, my, God." Janice is such a Pisces. She loves playing the victim (honestly, how many times did this girl cry during all of Friends?), but is super compassionate. She puts her trust in people and confides in them rather easily, even if they don't deserve it. After all, she kept coming back to Chandler even though it was so clear he wasn't into it. 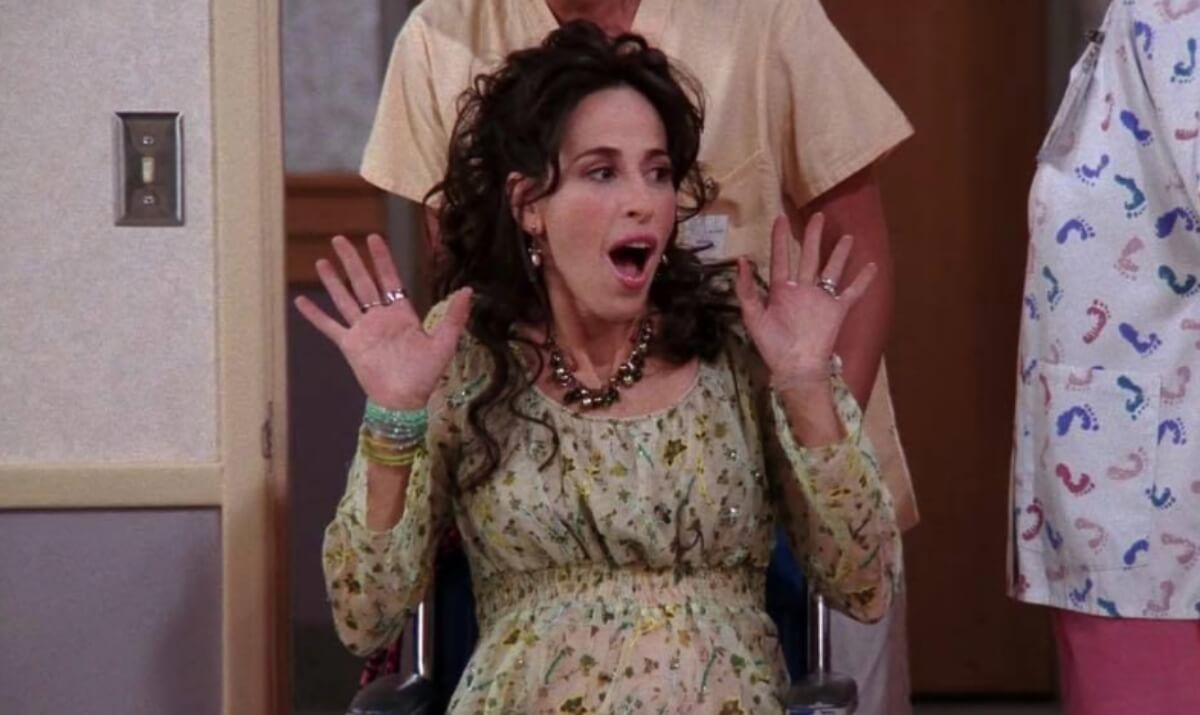 Can't get enough of this hilarious show? Use one of THESE Friends quotes as your next Instagram caption!